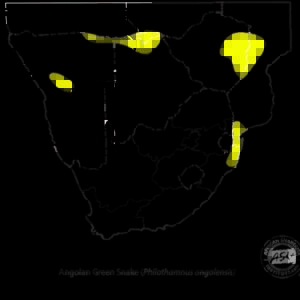 Map indicating the distribution of the Angola Green Snake in Southern Africa.

A bright emerald green snake that often has dark markings and some light speckling between the scales. It is a stocky snake that averages 1 m but may exceed 1.2 m in length.  Like the other green snakes it is active during the day, a skilful climber and often associated with reed beds and vegetation along rivers and vleis. It swims well and feeds on frogs, nestling birds and lizards, especially chameleons. It is fond of basing and will inflate its neck, exposing the black markings between the scales, if disturbed.

Often confused for a Green Mamba but harmless. 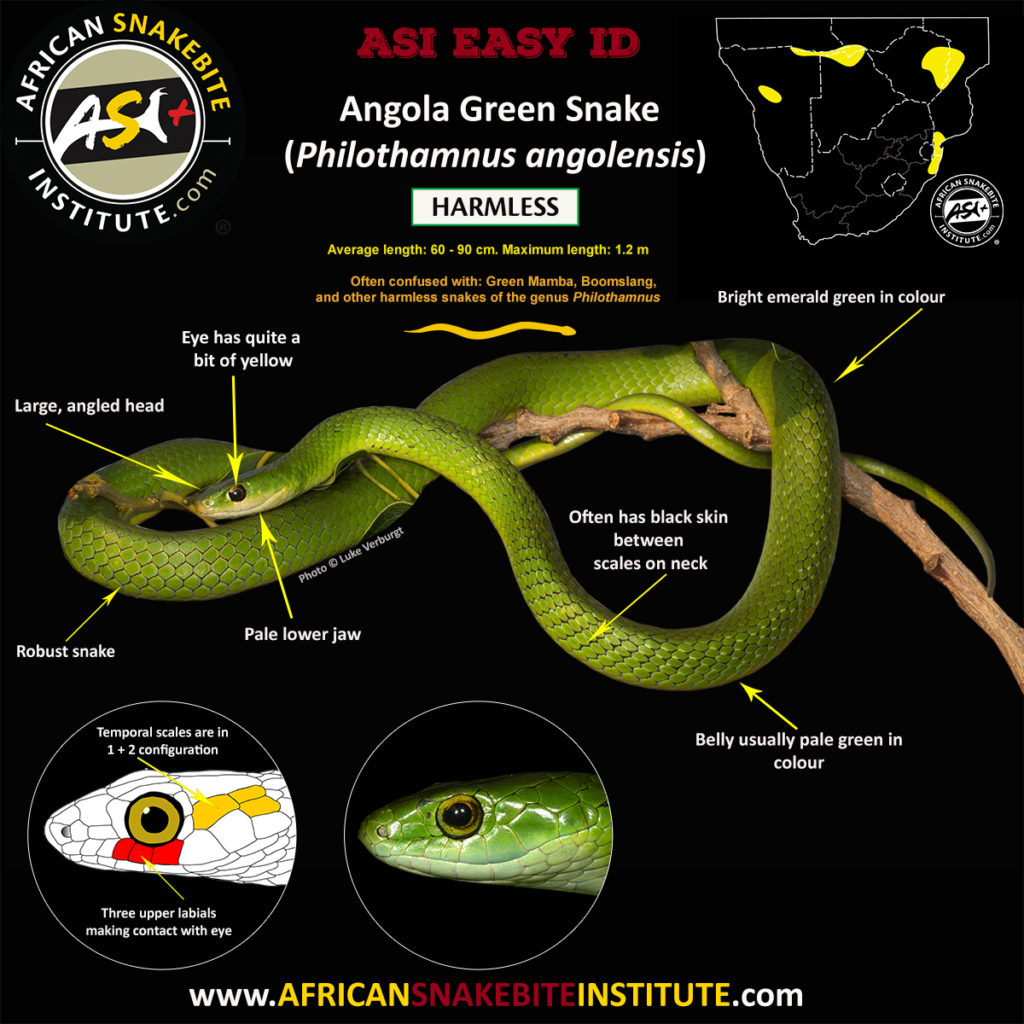 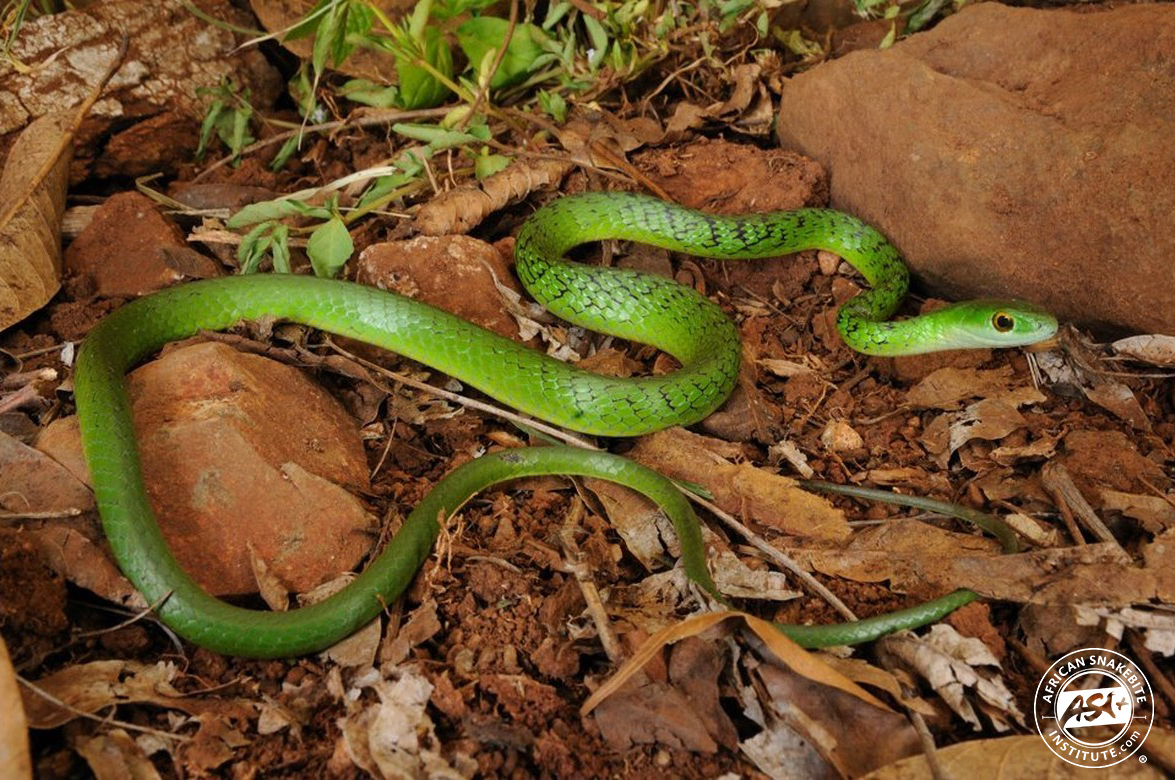