Hibernation has been described as an inherent, regular and prolonged period of inactivity during winter. Hibernation is a term associated with warm-blooded animals (endotherms) such as mammals and refers to a period of inactivity as well as a shut down in the metabolic system to save energy. Reptiles on the other hand are said to brumate – become less active, but do not shut down and will be active with a slight increase in temperature. The term brumate was coined by Wilbur Waldo Mayhen back in 1965 and referred to research he was doing on Flat-tailed Horn Lizards – he found that even if he heated these lizards up in winter, unlike other lizards, they would still not feed and become lethargic. Strangely, Mayhen’s term does not technically apply to the standard period of inactivity in our reptiles as our reptiles will become active with a slight increase in temperature on a warm winter day.

Snakes in cold regions of the world go into a state of torpor (inactivity) for long periods of time, up to 8 months, and often in dens where hundreds or even thousands of snakes may share the same winter shelter.

In Southern Africa it rarely gets cold enough for snakes to truly go into torpor and although they are far less active in winter, snakes may emerge from their winter hide-outs on a warm winter day to bask in the sun and drink water. 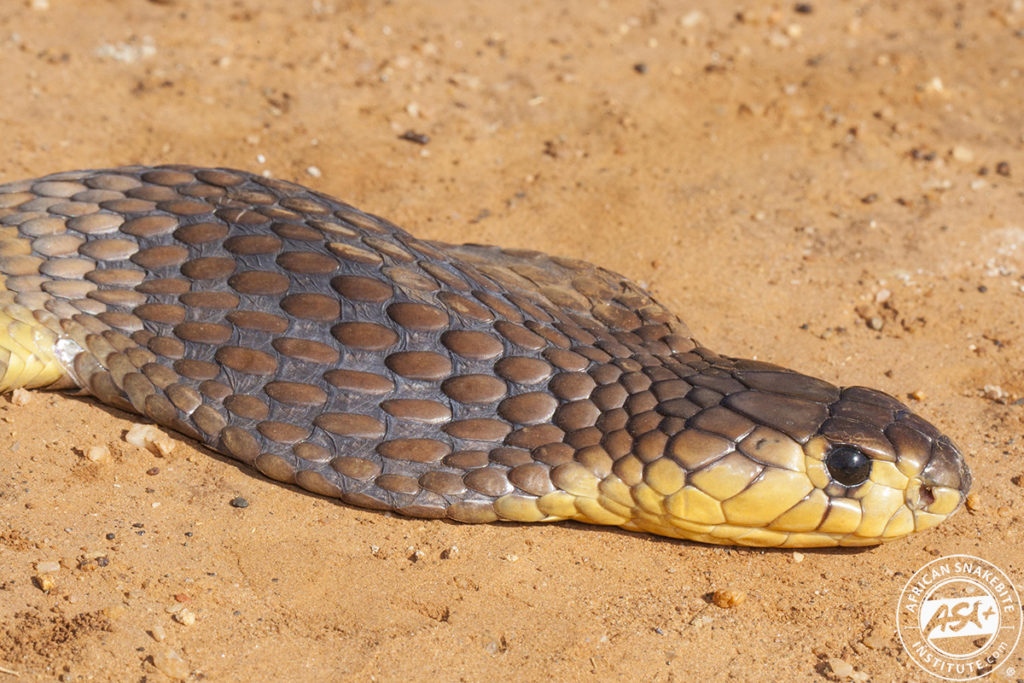 The Rinkhals is an excellent example and may often be seen basking just outside its hole when a winters day warms up to around 23 degree Celsius. Even when we have frost on the Highveld and temperatures drop well below zero, these snakes are relatively warm a meter or two underground where the temperature will not drop below 20 degrees C, even in winter. 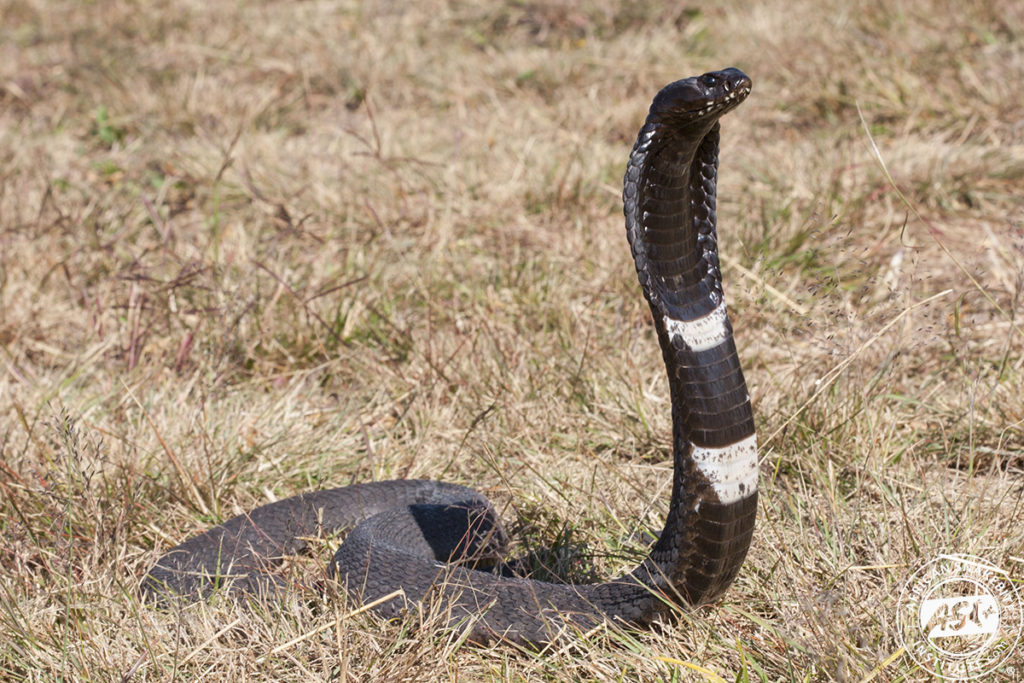 The Rinkhals a common snake on the Highveld.

According to Professor Harry Greene, snakes consume between 6 – 30 meals per year and this is in summer. During winter they do not eat at all or if they do, very little. Most mammals will die within a few days if they are deprived of food but some snakes are known to have survived for more than a year without a meal. Because snakes are ectotherms and require no food for their heat requirements, they can survive with very little food and a large Puff Adder probably consumes less than 1 kg of food per year. 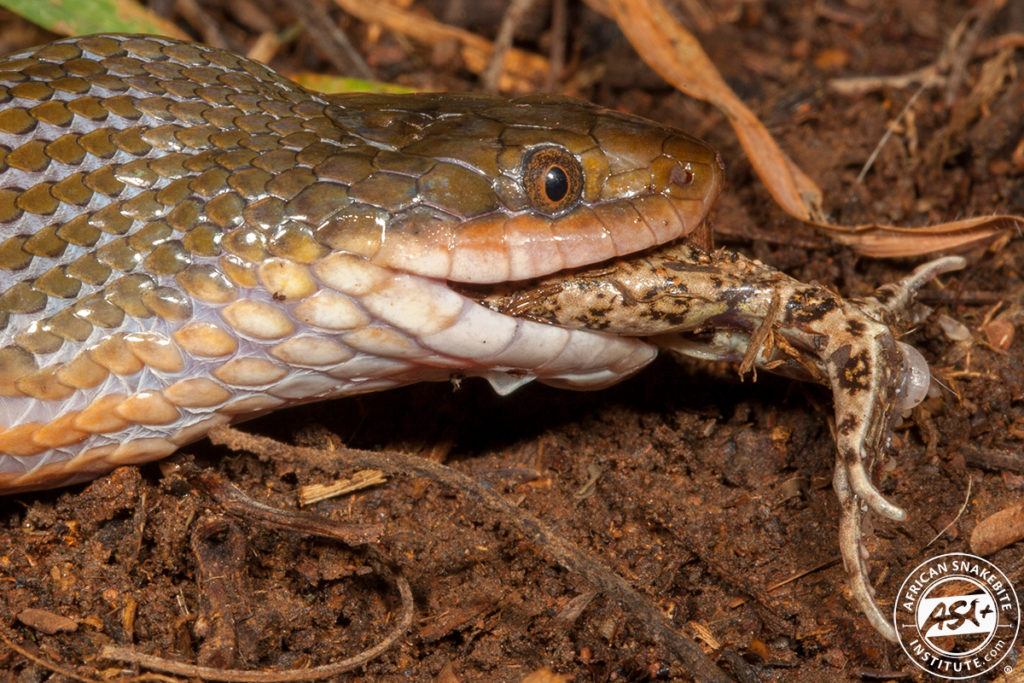 A harmless Brown Water Snake feeding on a frog.

Prior to winter there is a peak of snake activity in South Africa as snakes build up fat reserves and seek a suitable shelter for the cold months ahead. But some snakes, like pythons and Puff Adders, are actively busy with mating on the Highveld right into the middle of winter.

When seeking a hide-out for winter, snakes will carefully seek a shelter that (a) has sufficient moisture to ensure that the snake does not desiccate and (b) cannot easily be located by predators. As it cools down the snake may move deeper and deeper into its hole but they rarely remain motionless unless the temperature drops to close to zero degrees C.

With a dramatic drop in snake activity in winter, very few bites are reported and the majority of bites on humans are recorded in the warm summer months of January – April/May.