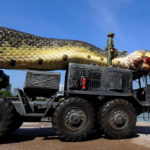 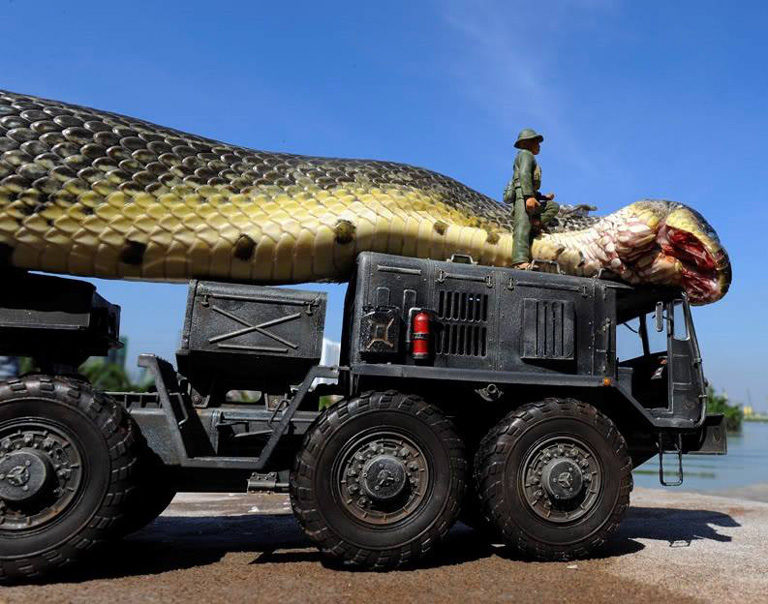 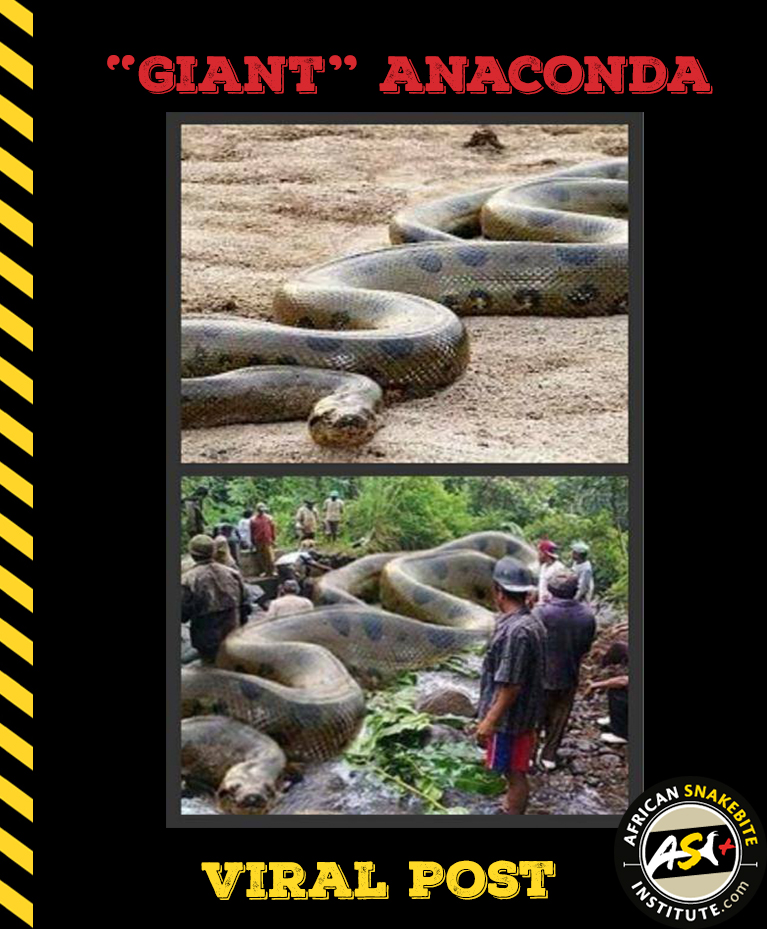 Several photographs of a giant Anaconda/Reticulated Python have been doing the rounds on the social media since 2010. In some of the photographs the snake is on the back of a low-bed truck. High resolution photographs reveal that the items posted are in fact toys.

The images were created for a student project entitled “Vietnam Army caught the giant snake” in 2010, according to www.snopes.com, a popular and credible myth-busting website. While it’s possible that the students used a real (but dead) snake for some of the photographs, the animal pictured was definitely not the “world’s biggest anaconda.” Additional photographs of Anacondas that are not related to the student project are also added from time to time.

In June 2015, a story in which the same photographs were used, also included the following information:

The world’s largest Anaconda was caught in Amazon forest. This snake had eaten 257 people & 2325 animals. It is 134 feet long and 2067 kg. This anaconda was caught alive by a long struggle after 37 days and killed by the Royal British commando force.