There are 173 species and subspecies of snakes in southern Africa. Some of these snakes are rare or uncommonly encountered as they may have restricted distributions or are not abundant. Other species may be wide-ranging and are commonly encountered.

This course will examine the basic and common groups of snakes in southern Africa.

There are a few features that help to identify snakes. One of the simplest features to differentiate many snakes is by looking at the dorsal scales – are they keeled or smooth? A keeled scale is a scale with a ridge down the center. This helps many snakes camouflage and gives them a matte appearance.

Keeled scales help with identification of many snakes.

Another useful feature to look out for is the profile of the snake. Is the snake long and thin or short and stocky? Does it have a distinct head? Does it have a large eye or a small black eye? All these features help to identify a snake.

There are a number of other reptiles that people often confuse for snakes. These are usually different species of legless lizards or lizards with reduced legs. There are several features that differentiate legless lizards from snakes. Most lizards have eyelids and can close or blink their eyes, whereas snakes have a scale over the eye and cannot blink. Lizards (except Varanids) have a tongue that is very similar to human’s tongues in appearance, whereas snakes have forked tongues. Below is a chart of some lizards that are frequently mistaken for snakes. 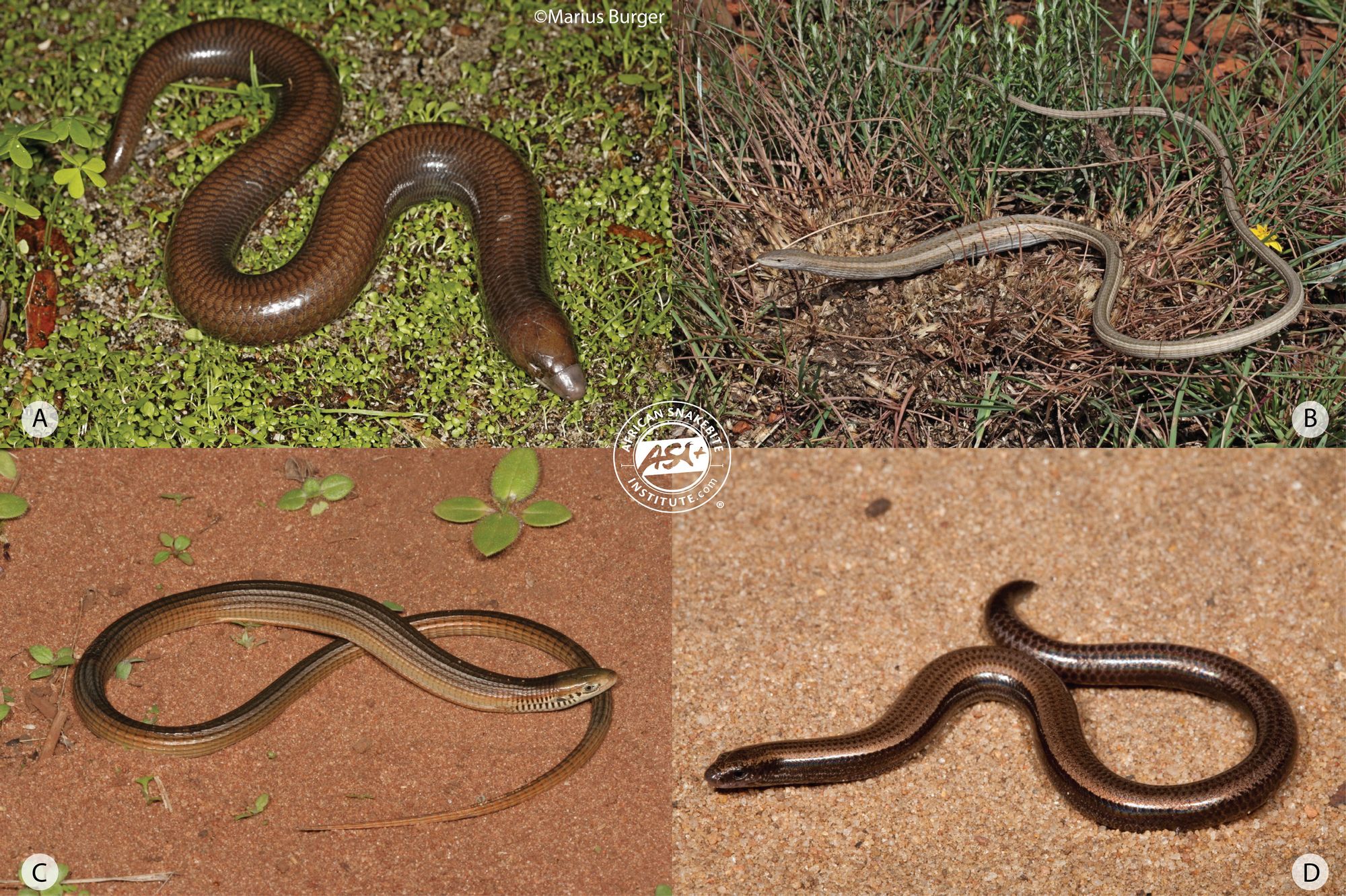 Some lizards that are often mistaken for snakes: A – Legless Skinks, B – Grass Lizards, C – Seps, D – Dwarf Burrowing Skinks.

The Hammerhead Slug is also often confused for a snake. These predatory land planarian worms are not true slugs but have a similar slimy body. They are not dangerous to humans and are generally indigenous in southern Africa. 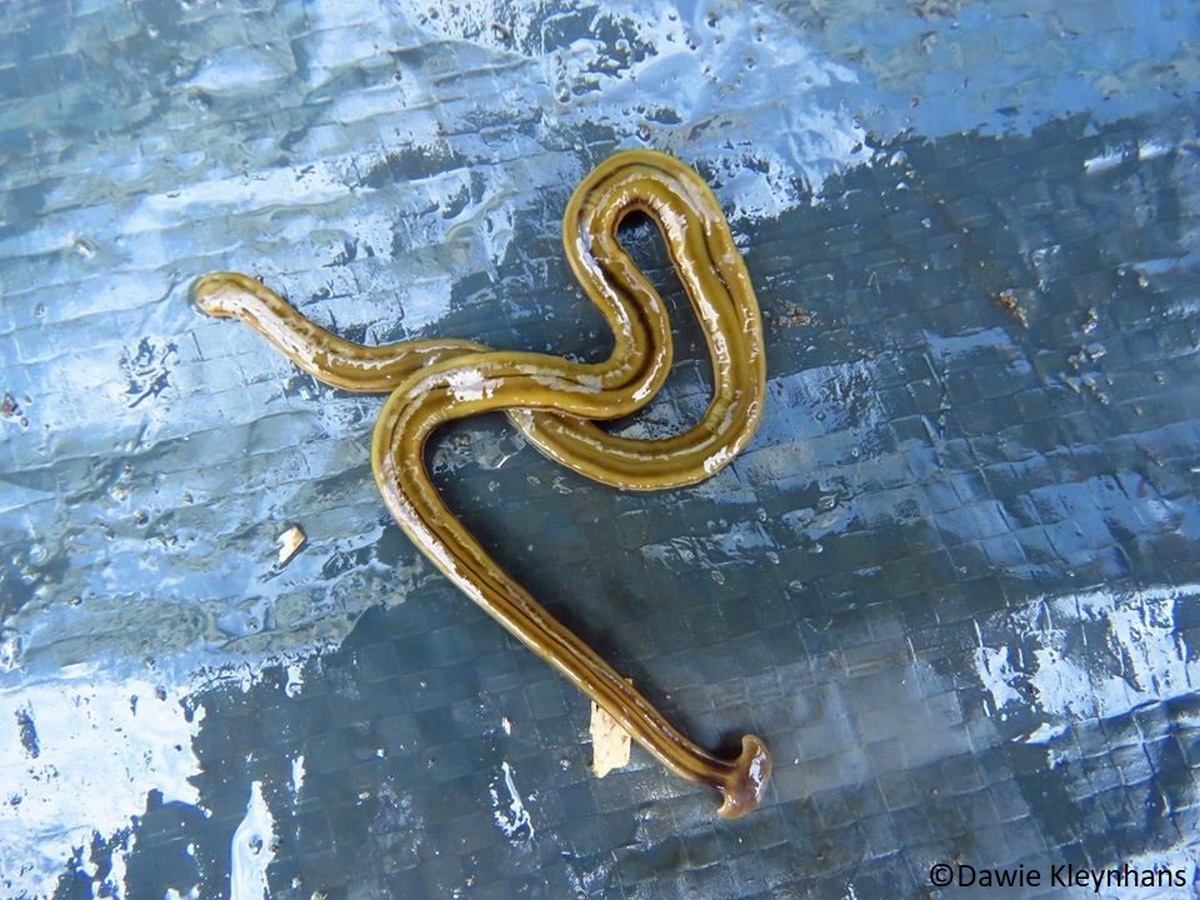 Hammerhead Slugs have a moon-shaped head and slimy appearance.