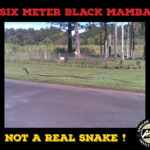 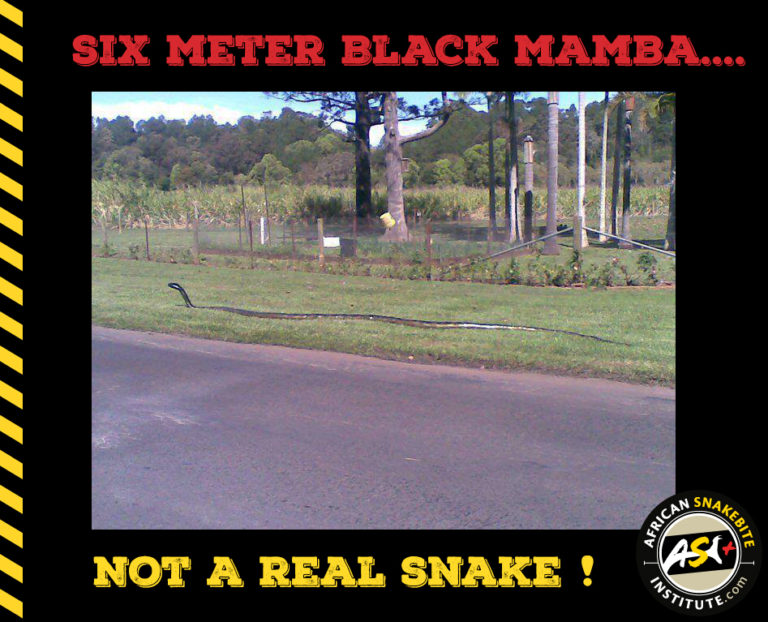 A monster 6 m Black Mamba has been doing the rounds on Facebook for the past 7 years, mysteriously appearing in Nelspruit, Richards Bay, the Gautrain construction site, Jwaneng Mine in Botswana, etc.

It was most commonly described as a picture of a snake that escaped in Louisiana when the Morganza Spillway was opened to relieve flooding pressures along the Mississippi River. It has also been circulated with text identifying it as a King Brown snake photographed in New South Wales (NSW), Australia; and a snake (of unidentified species) spotted in “Delray [Beach], near Tamarac, Florida.”

The bottom line is that it is indeed an Australian snake but not a real life example of what may be found there. According to a discussion thread on reddit, the snake is a sculpture situated alongside Uralba Street in Alstonville, NSW, where one of the site’s members photographed herself with the artwork in January 2012.