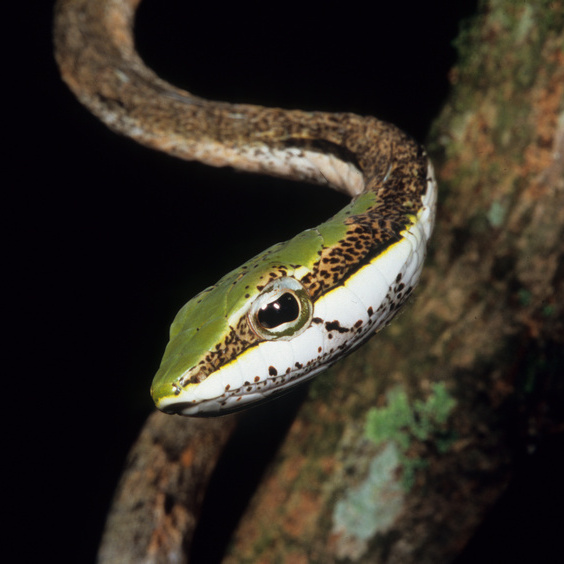 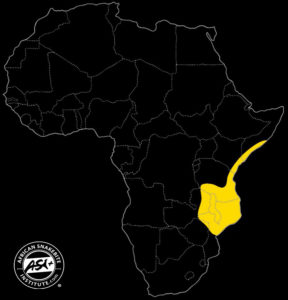 This perfectly-camouflaged tree-living snake is seldom seen because of its excellent camouflage and habit of remaining very still in low shrubs, observing the ground below for passing lizards and snakes.

Like the Boomslang, the venom of this snake is haemotoxic affecting the blood clotting mechanism and causing uncontrolled bleeding. There is no antivenom for bites from this snake. 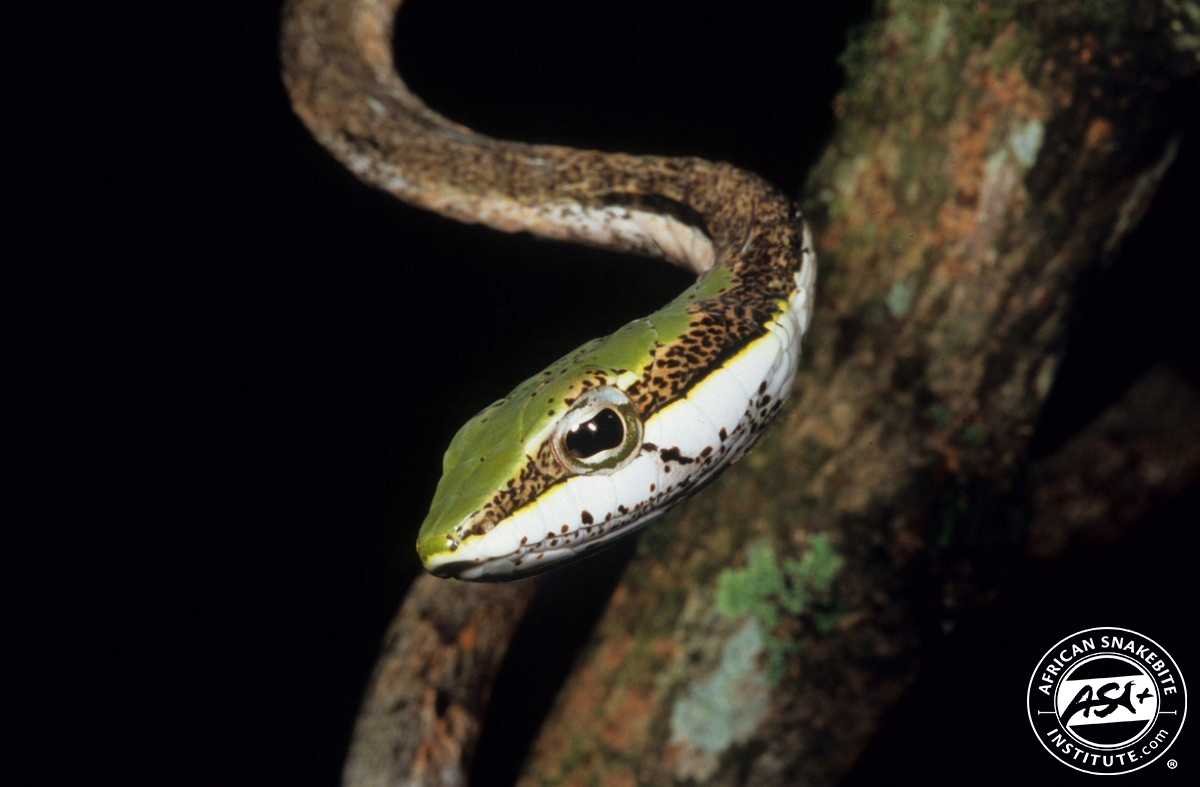 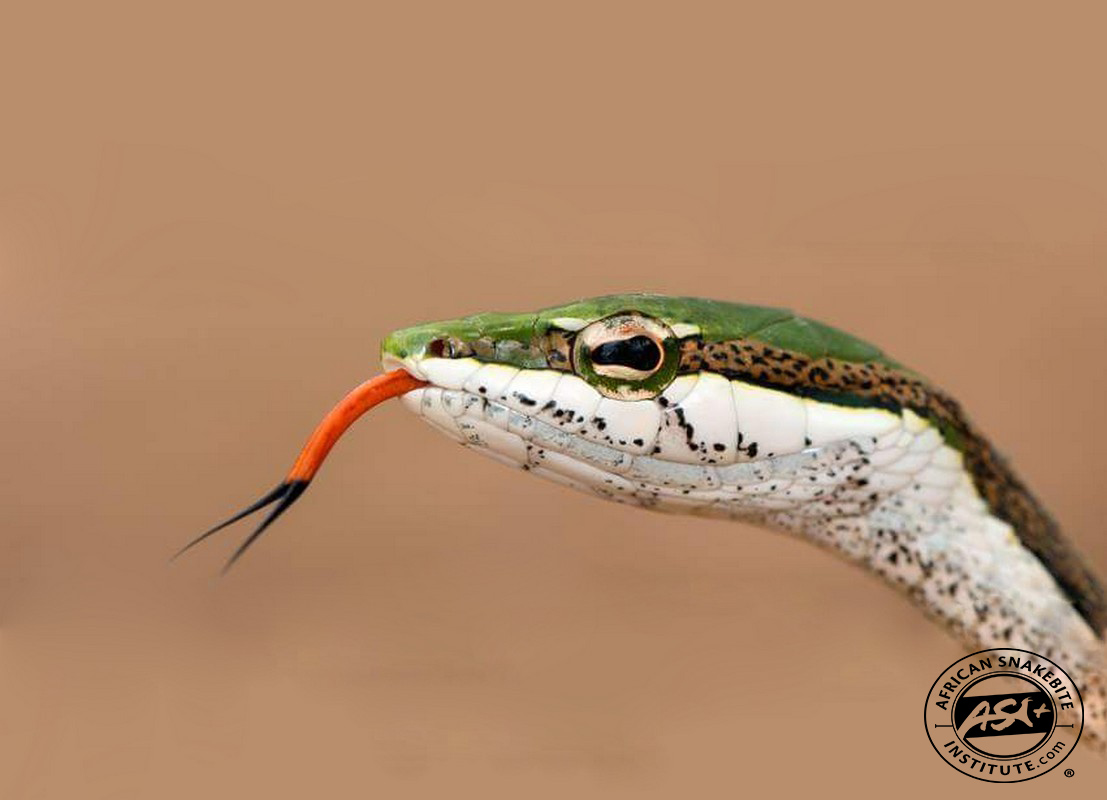 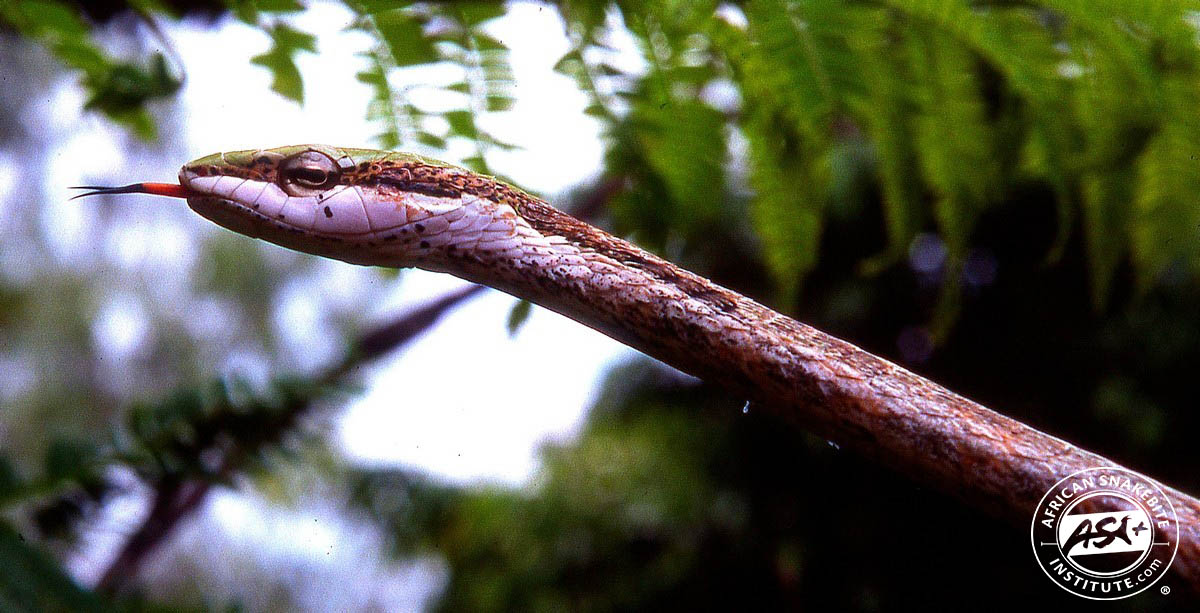