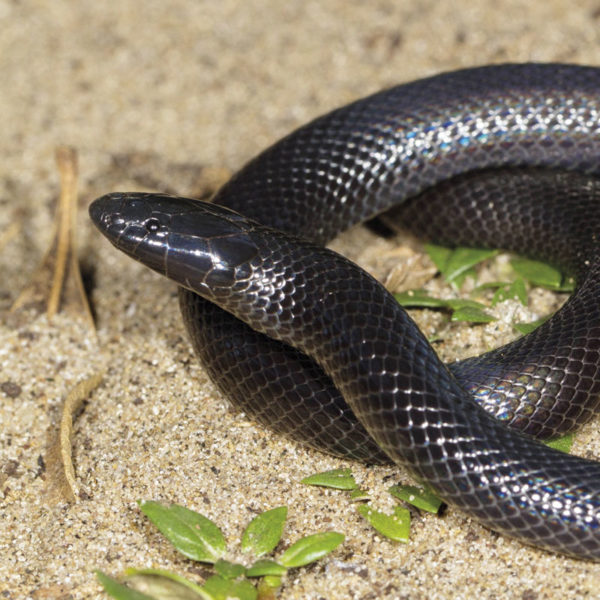 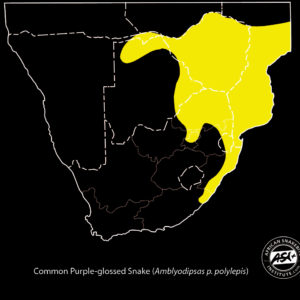 Map indicating the distribution of the Common Purple-glossed Snake in Southern Africa.

A large but secretive fossorial snake that averages 75 cm but may reach 1.12 m in length. This snake may be encountered at night, especially after heavy rains. Otherwise this snake may be found under logs or during earthmoving operations.

The Purple-glossed snake is reluctant to bite, even when handled for the first time and in self-defence will hide its head under a coil and expose the tip of the tail to distract predators. It venom is mild and of no real consequence to humans. 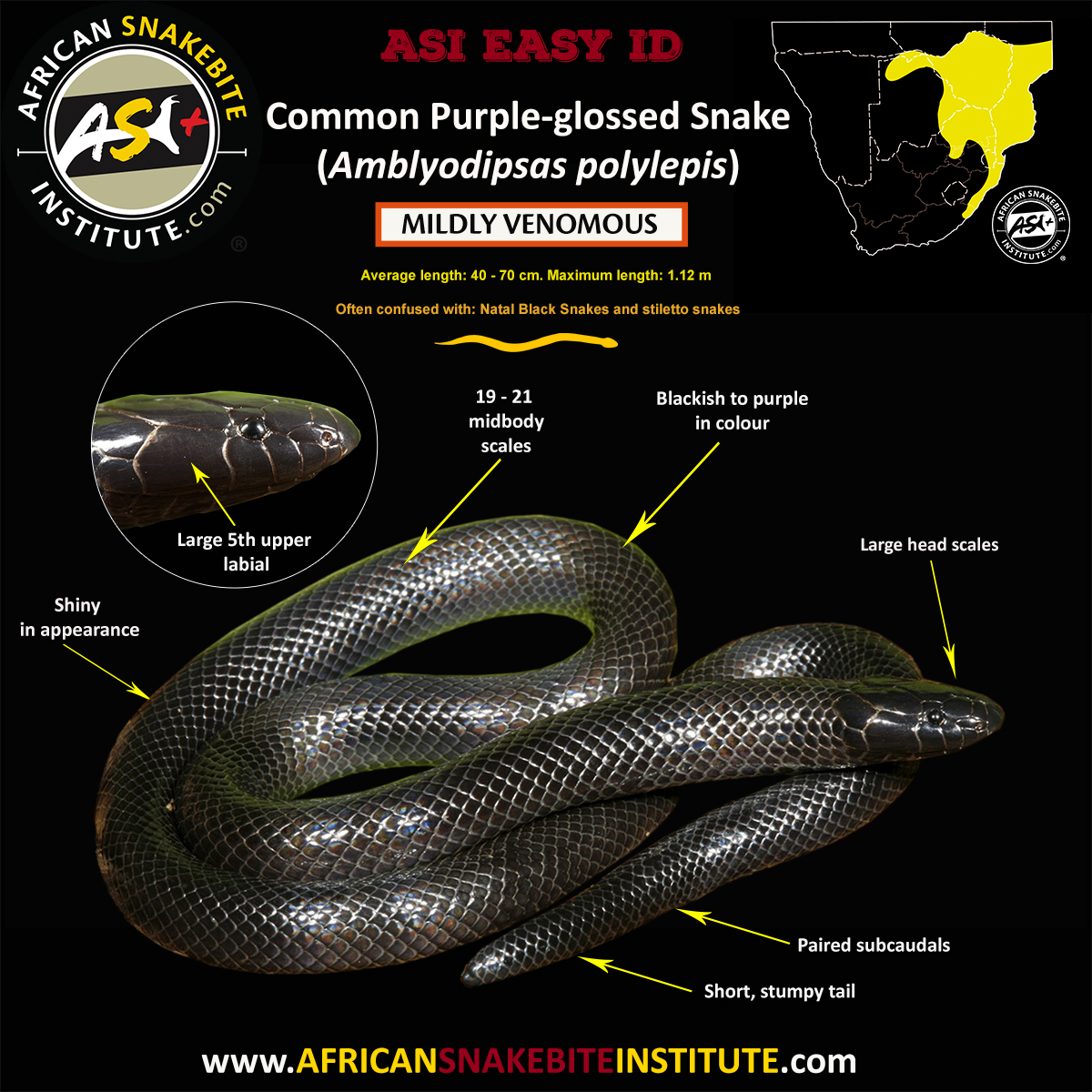 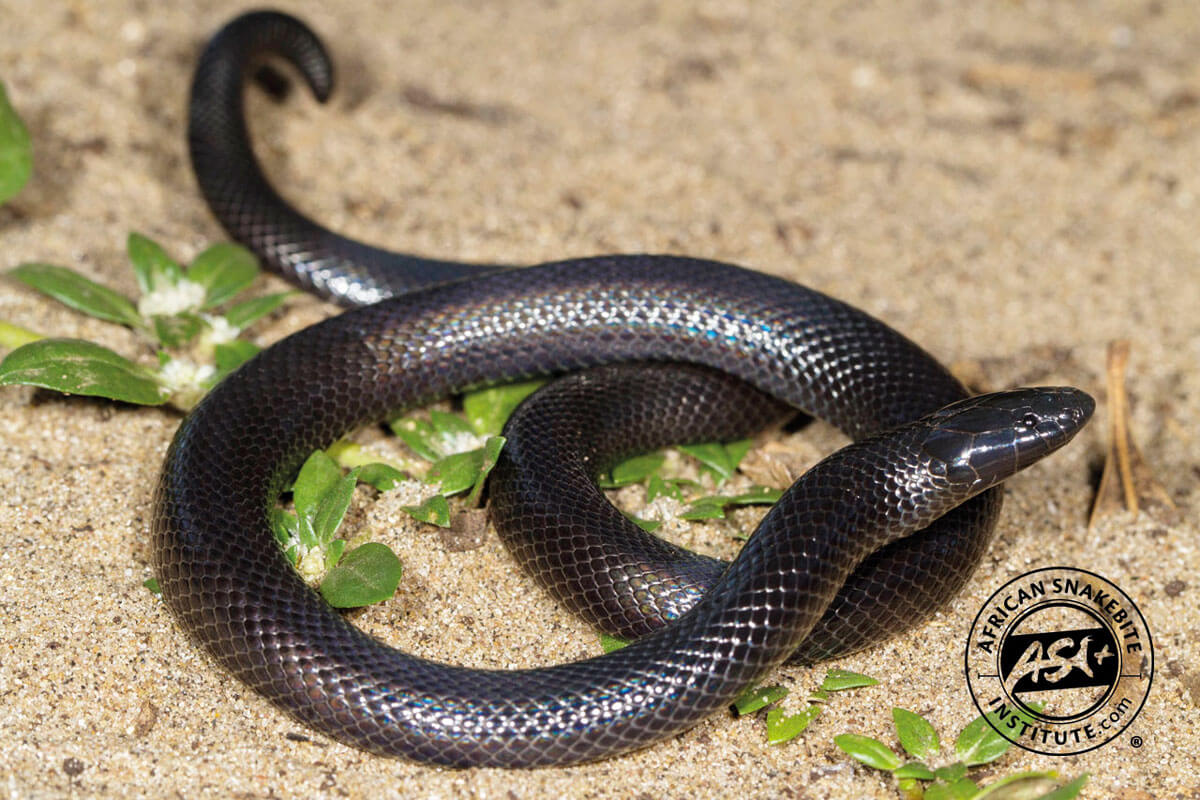 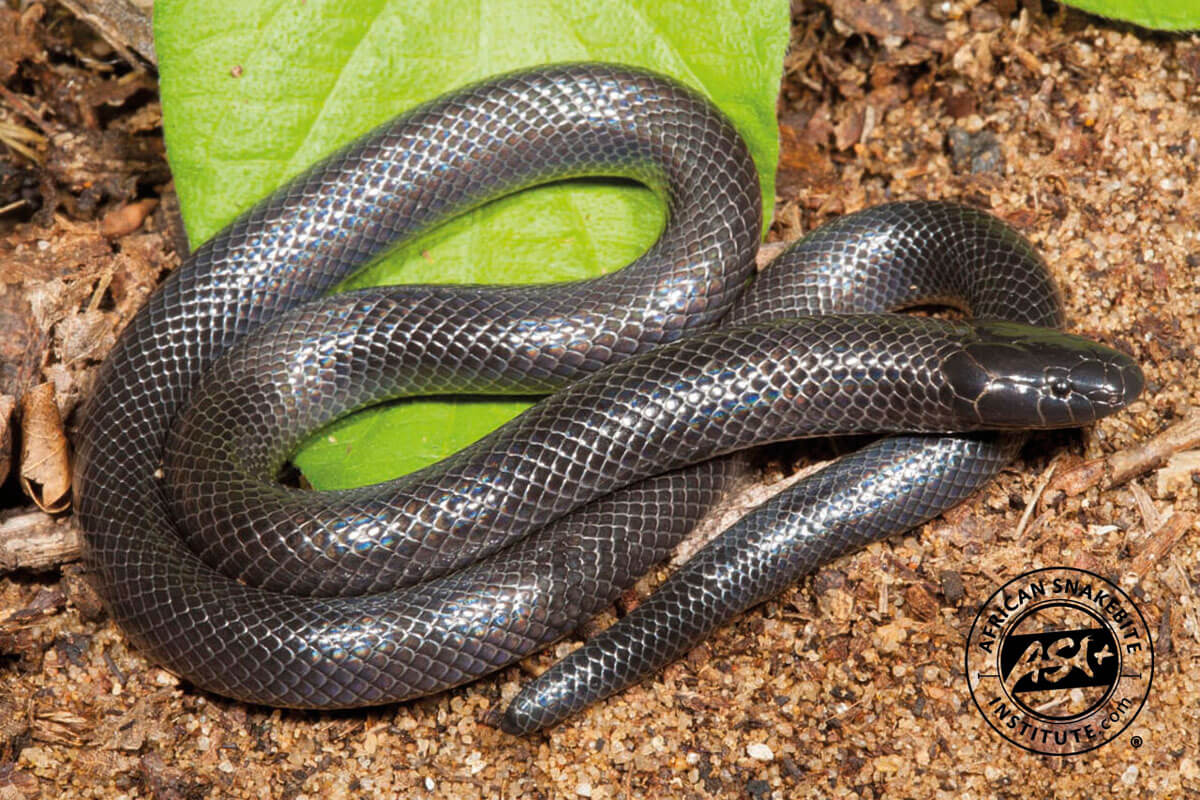 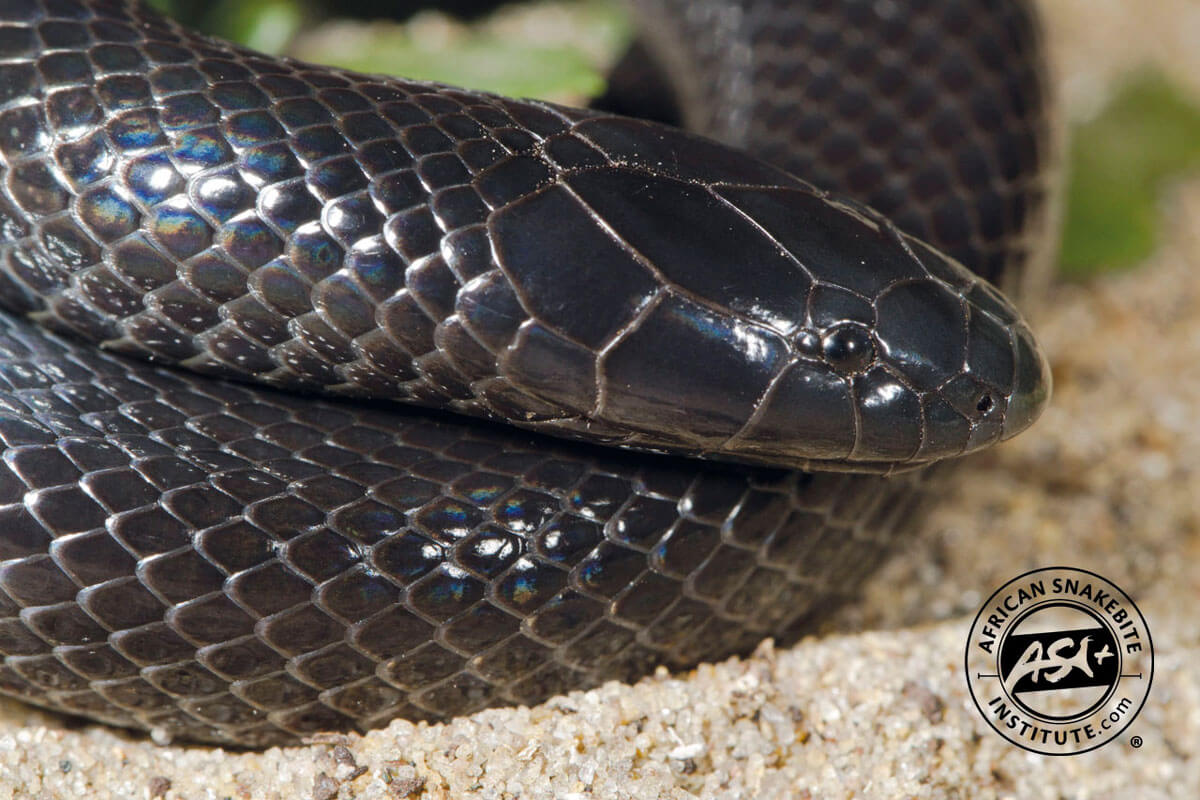 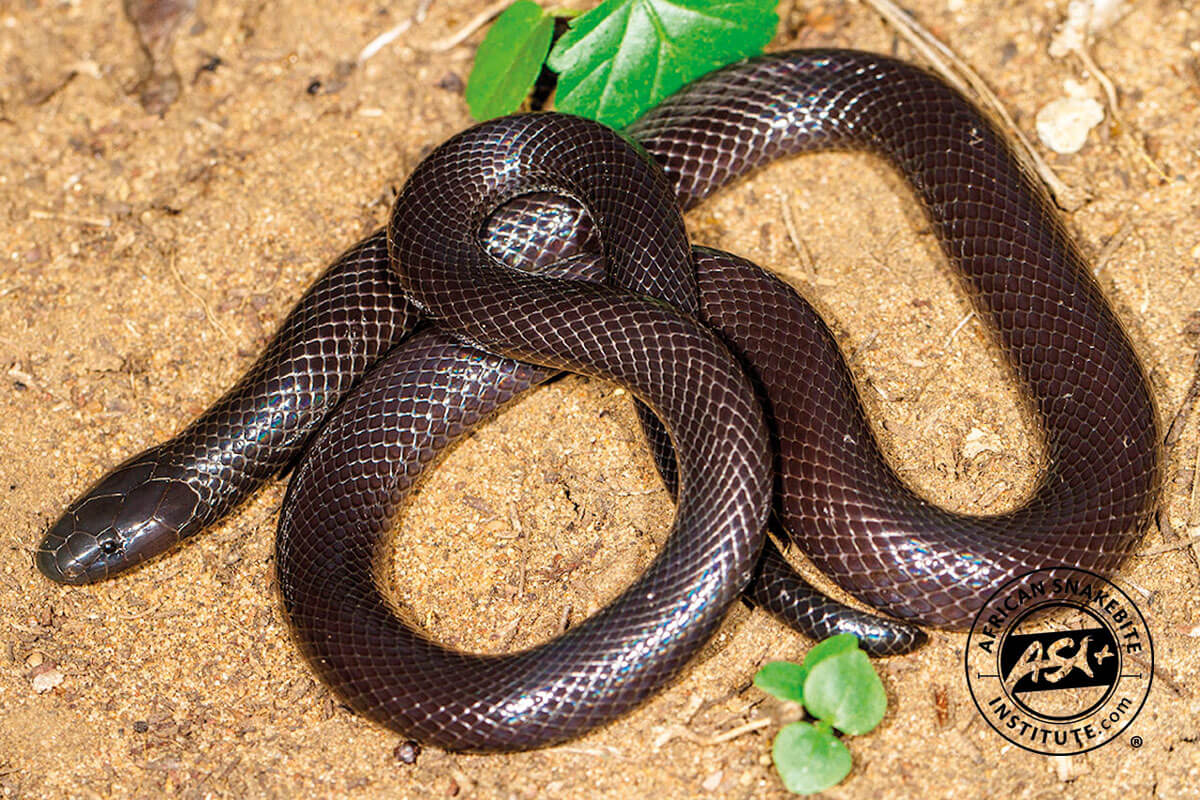