Mole snakes are large powerful constrictors with a pointed snout and a small head very well adapted for their burrowing existence. They spend most of their time underground in search of food. Here they push their way through soft sand in search of mole rats and other rodents. They use their powerful jaws and sharp teeth along with the muscular body to quickly bite and coil around any prey encountered.
Mole Snakes come in a variety of colours, being pitch black on the West coast, to brick red around Port Elizabeth, olive in KZN and a tan yellow on the highveld around Gauteng. They are one of the most widespread species in South Africa occurring throughout the region with the exception of true forests and the coast of Namibia. 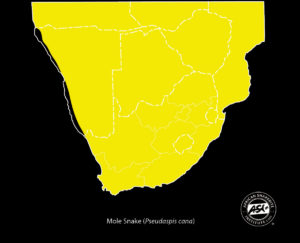 These large snakes may reach up to 2 meters, especially on the west coast, and average around 1.4 meters over most of its range. In Spring the males are often encountered fighting, entwined in combat and frequently biting and inflicting nasty wounds on one another. Mole Snakes will mate soon after male combat is over and the female retains the eggs within her body, giving birth to around 25 – 50 young in late summer. The young are born around 20 -31 cm and are distinctly different to the adults, coming out well patterned. The juveniles are usually light reddish brown to greyish brown with dark, usually zig-zag markings, light spots and mottling down the back. 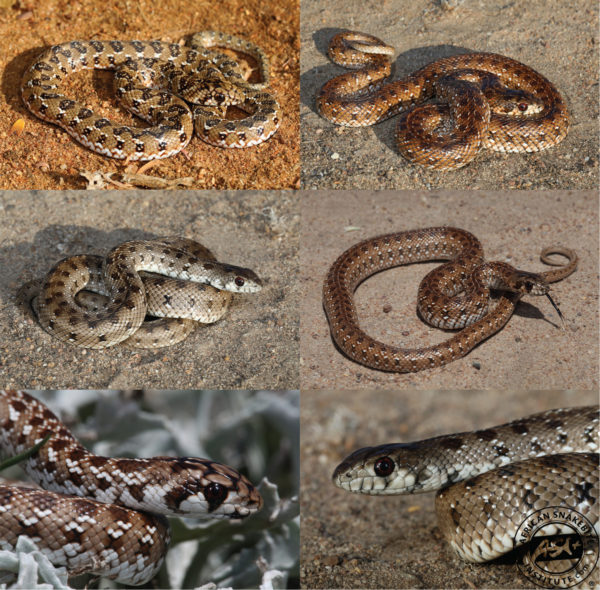 The confusion can come from a variety of other snakes having similar patterns. Many people on social media expect Mole Snakes to be uniform coloured snakes or confuse them with some of our Blind Snakes. 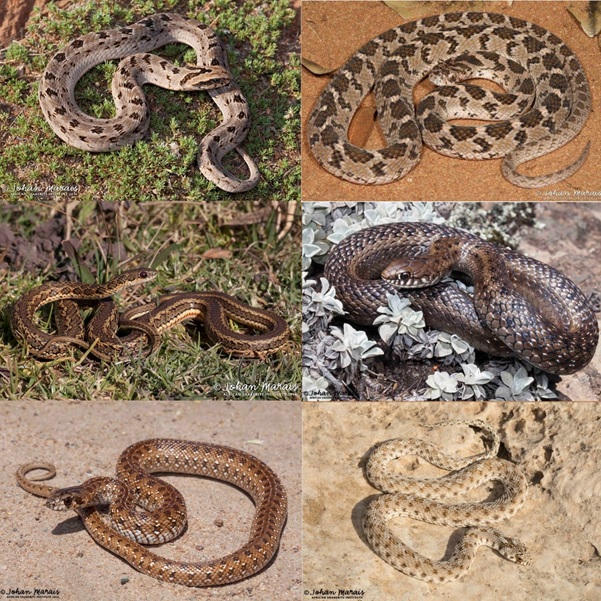 Young Mole Snakes do not have a V on the back of the head like the Night Adder and Egg-eater. The Skaapsteker and Reed Snake usually have whiter upper lips. Reed Snakes are bulkier and Skaapstekers are long and slender. The Dwarf Beaked Snake can be tricky to tell apart. They are restricted to the western half of South Africa, so distribution usually rules them out. Additionally, juvenile Mole Snakes have a shiny appearance compared to the dull scales of the Dwarf Beaked Snake.
Mole Snakes will usually start losing all their patterns at around 60 cm and transform into the plain adult colours of the region.

Previous Post How to use snake handling equipment. Next Post How to identify a potentially dangerous scorpion