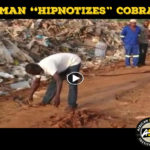 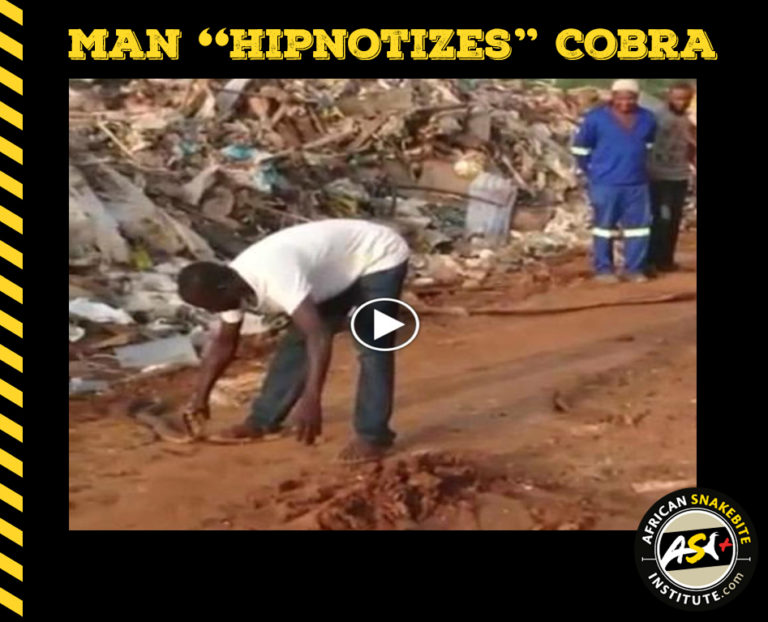 A video clip of a man ‘hypnotizing’ a cobra has been doing the rounds on the social media for quite some time.

There are a variety of snakes that ‘play dead’ when threatened, including the Rinkhals, Cape Cobra, Snouted Cobra and Twig snake to mention but a few.

In this video clip it looks like an Egyptian Cobra and the handler puts pressure on the snake as he strokes it (especially in the region of the heart) and the snake immediately shams dead. It is then nonchalantly picked up – a dangerous practice as the snake may strike out unexpectedly. This is risky and not recommended.

Playing dead is just another self-defence strategy for some snakes. Fleeing is most often the first choice but if that is not possible some snakes spread a hood, inflate their necks, spit their venom, hiss loudly or play dead. Most predators do not eat carrion and prefer to kill their own meal, hence this strategy. The Rinkhals is a master at playing dead and can usually be picked up when doing so but the snake may bite unexpectedly when handled.