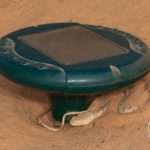 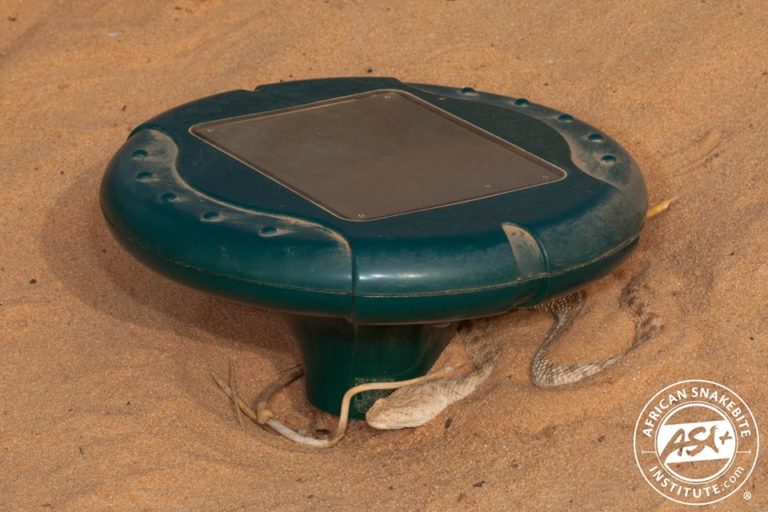 Snakes do not have external ears and lack a tympanic membrane. The inner ear, however, is well developed and despite popular belief snakes respond to vibrations through the ground, air and water but only to a very limited range of sound waves. These sound waves are transmitted through a thin bone known as the columella which is connected to the quadrate bone at the back of the jaw.

This enables snakes to easily feel vibrations – to the degree that Desert Horned Vipers (Cerastes cerastes) can locate and strike at mice using vibrations alone.
In the vast majority of encounters with snakes in the wild, snakes are very quick to flee and often have a hole of rock crevice close by into which they disappear. This may happen when they see any form of danger approaching but more often they feel vibrations.

This has led to the misconception that snakes are scared of vibrations and has resulted in devices being manufactured, largely in China, that emit vibrations and are sold as they ward off snakes. Some of these devices are solar powered with a hollow metal spike that is pushed into the ground and the frequency of vibrations can be adjusted.

There are a variety of mining sites that I work on in Africa and many of them regularly make use of explosives while others have massive drilling rigs. One such drilling site in northern Mozambique experienced severe problems with snakes coming on site until the entire site was fenced off with metal sheeting to keep snakes out.

On another occasion I removed a Rinkhals from an office block on the East Rand right next to the main highway. The snake had found a hiding place amongst some concrete retaining blocks about four meters from the highway – every time a large truck passed the entire place would vibrate, yet the snake lived there for months.

While working in Senegal, one of the mines had invested a rude amount of money in solar vibrating devices to ward off snakes. These devices were placed every ten or so meters and surrounded the site. Yet they still had problems with snakes. I then conducted a series of experiments – I caught a few snakes and would release them close to the devices and give them time to settle down. Their only reaction was to hide under the devices to get out of the sun and the vibrations had absolutely no effect on the snakes.

Purchasing these devices is a total waste of money and will not keep snakes away.