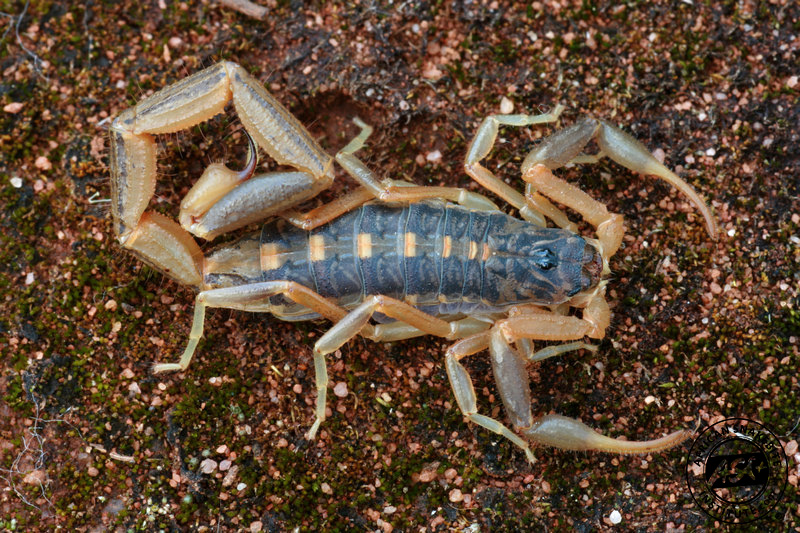 A small scorpion under 5 cm with the tail extended. An orange to yellow scorpion with two dark bands running down the back. The arms are usually dark with yellow pincers. The tail and legs are also yellow with the last segment of the tail being dark. Can occur in a dark black/blue variation with red legs, often in high altitude areas of Mpumalanga.

Probably one of the most common scorpion species in South Africa. Endemic to South Africa (including Swaziland and Lesotho) widely spread in grasslands from around George in the Western Cape up the coast to northern Zululand. Occurs in the Free State, Mpumalanga, Gauteng, North-west and Limpopo. Occurs in Lesotho and Swaziland. It is found under rocks and debris usually on hard soils. It is also active on warm nights.

It may be confused with other Lesser Thick-tailed Scorpions. 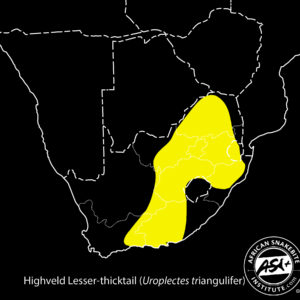 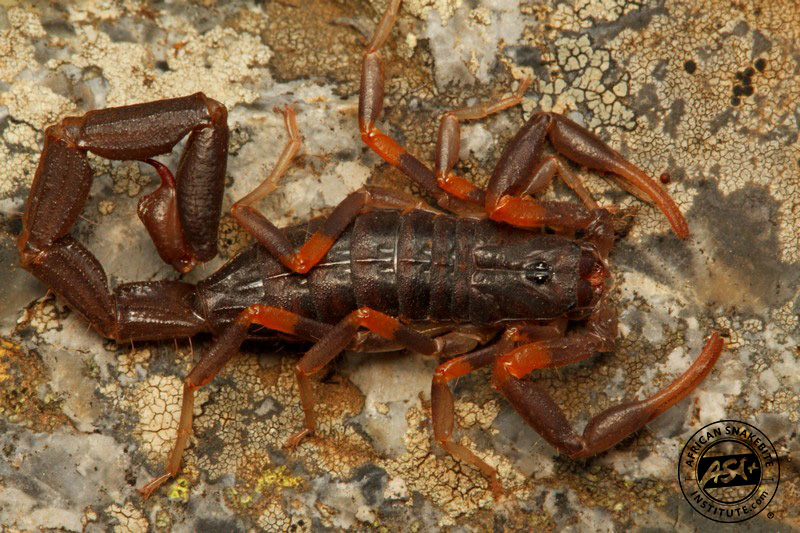