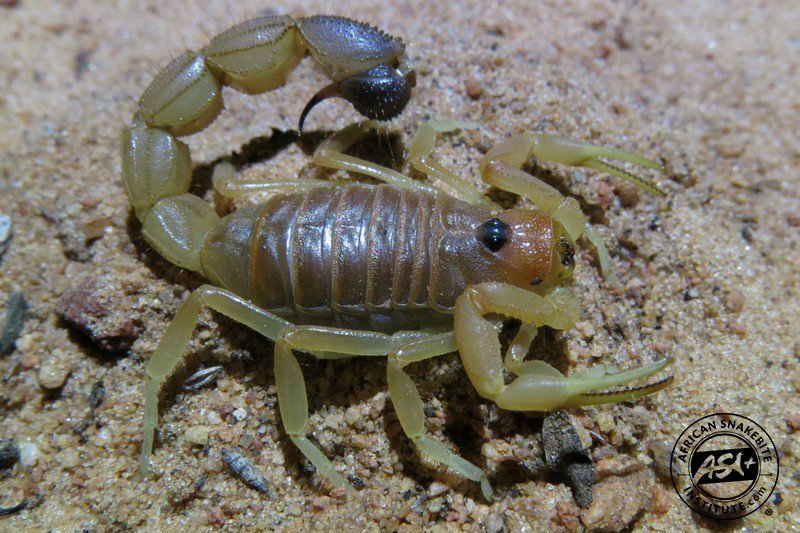 A large scorpion of around 16 cm with the tail extended. They are usually pale orange or yellow with a darker back. The last segments of the tail are usually darker than the rest of the tail.

This species is known from the Kalahari vegetation of the Northern Cape with a few scattered records on the western border of Limpopo. It occurs throughout Namibia and into Botswana and Angola.  It can be confused with the Cape and Granulated Thicktail Scorpion. 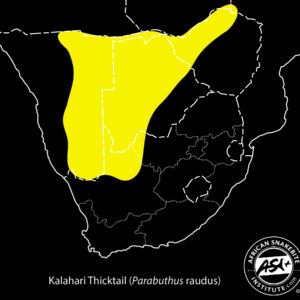 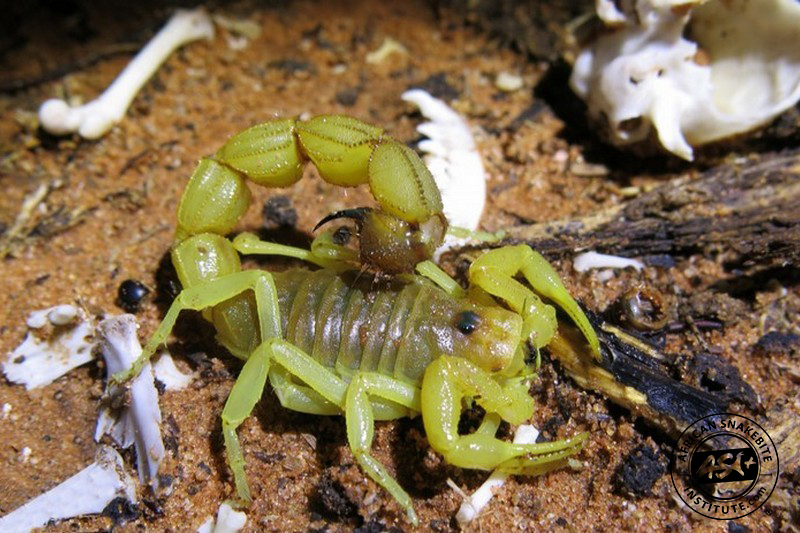