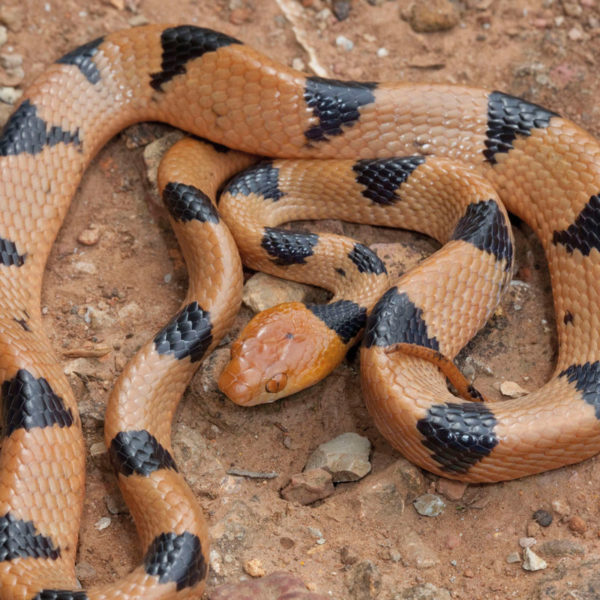 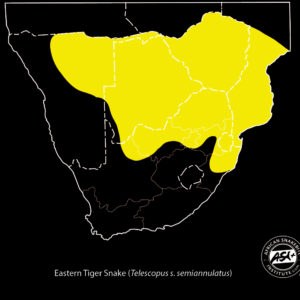 Map indicating the distribution of the Eastern Tiger Snake in Southern Africa.

A slow-moving nocturnal snake that hunts for lizards, especially geckos, nestling birds, bats and small rodents. It is an excellent climber and spends its days hiding under the bark of trees or under rocks. It can often be seen crossing roads at night.

Like the Herald snake, this snake puts up quite a show when cornered, drawing its head back with coiled neck and striking dramatically with an open mouth. The strikes are rather slow and the snake may lose its balance. It also flattens the head in the process but does not make a hood.

The venom of the Tiger snake is mild and has virtually no effect on humans. 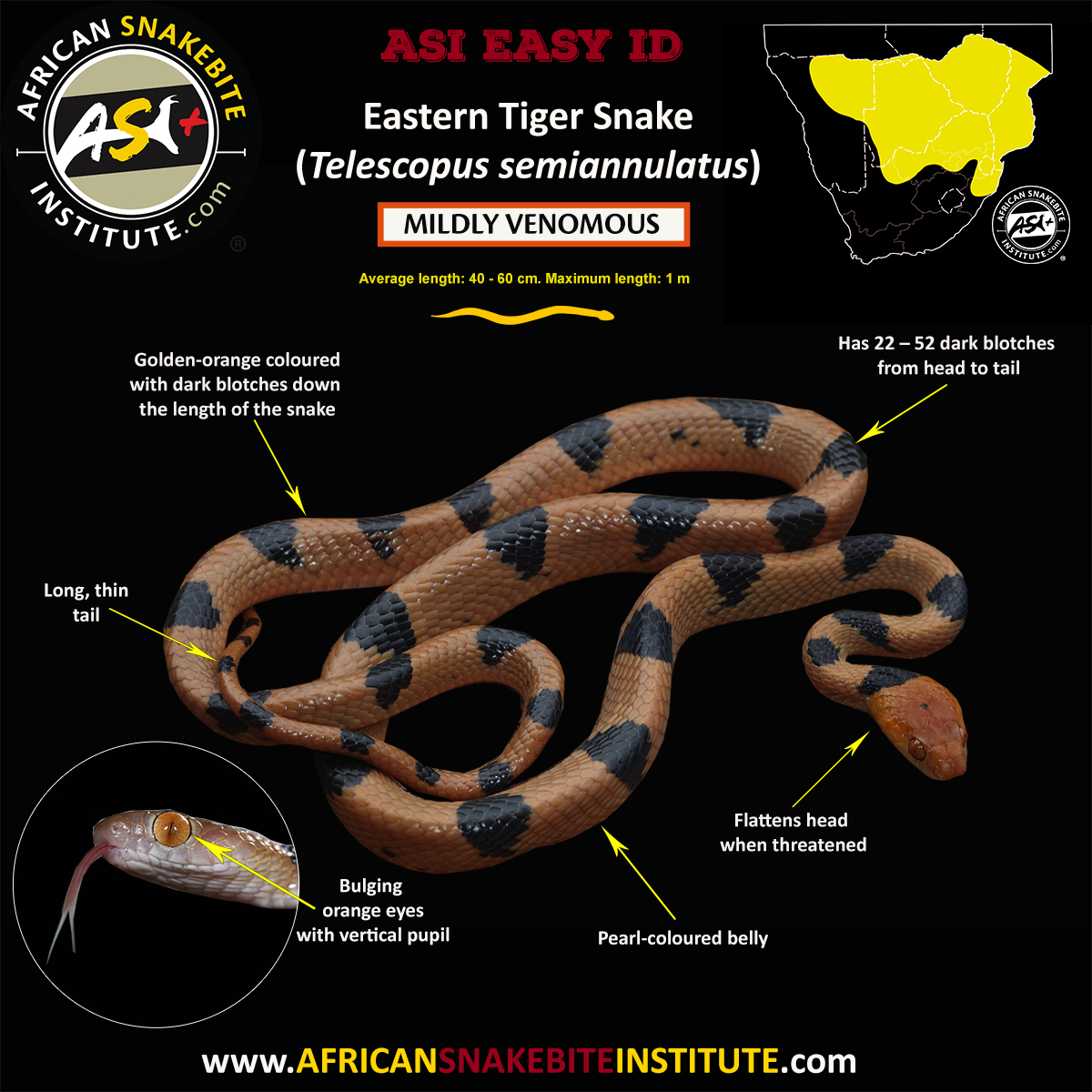 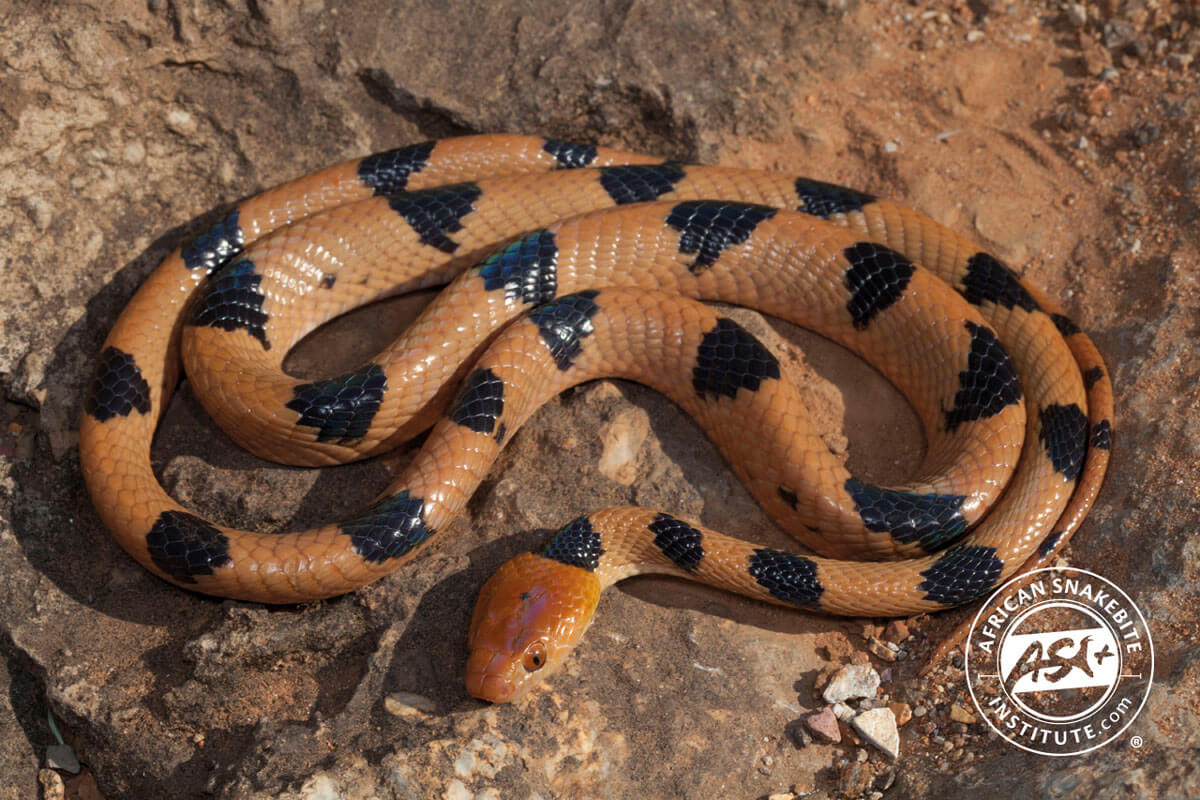 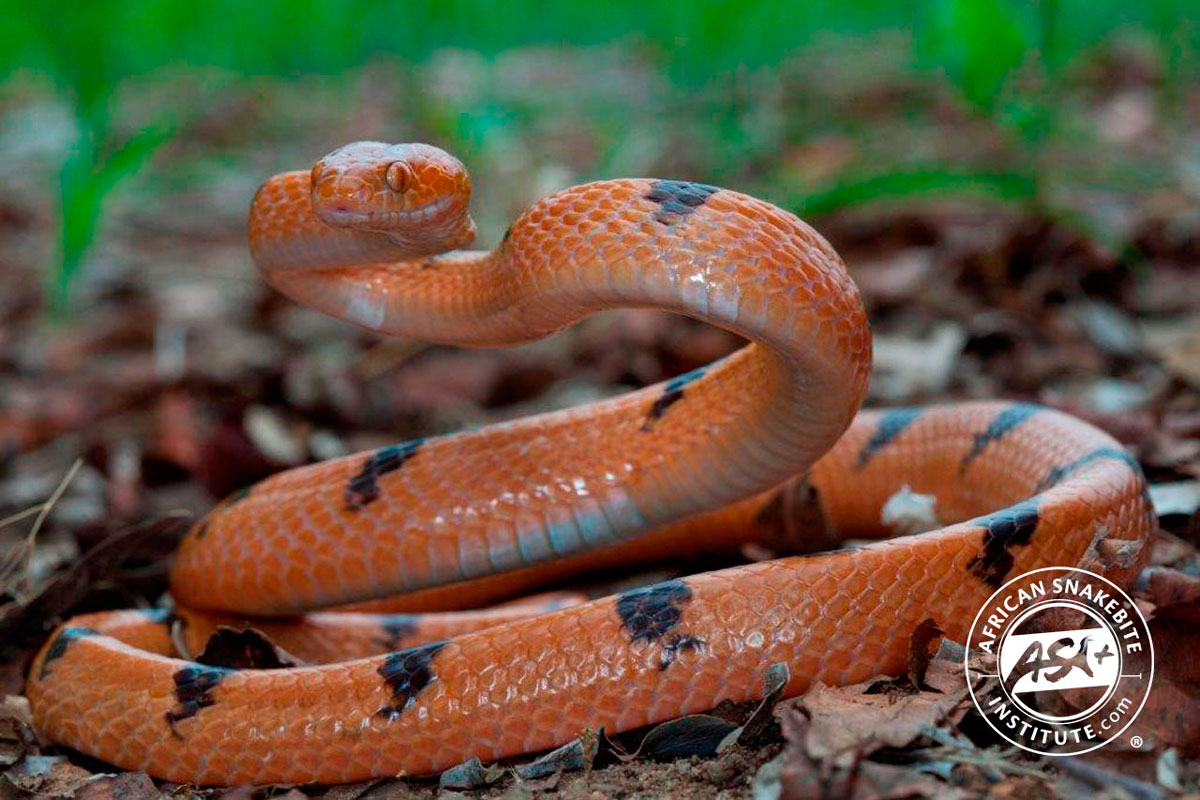 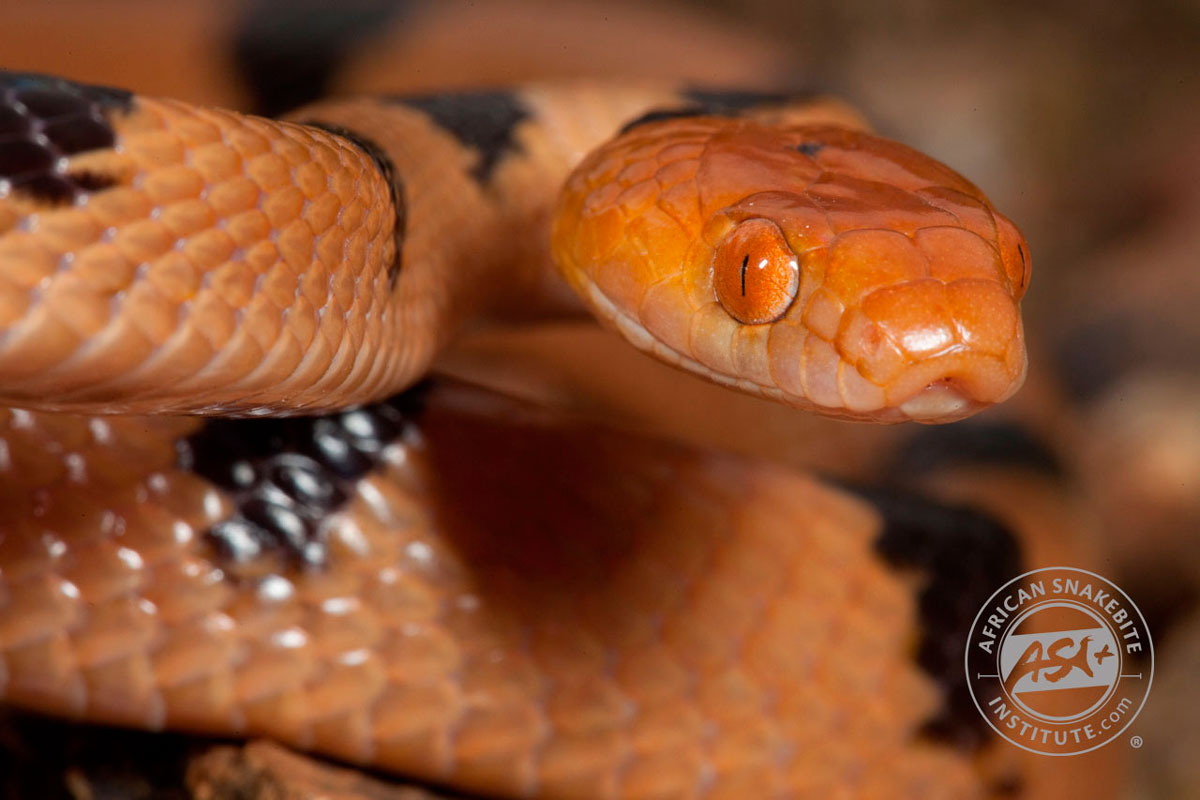 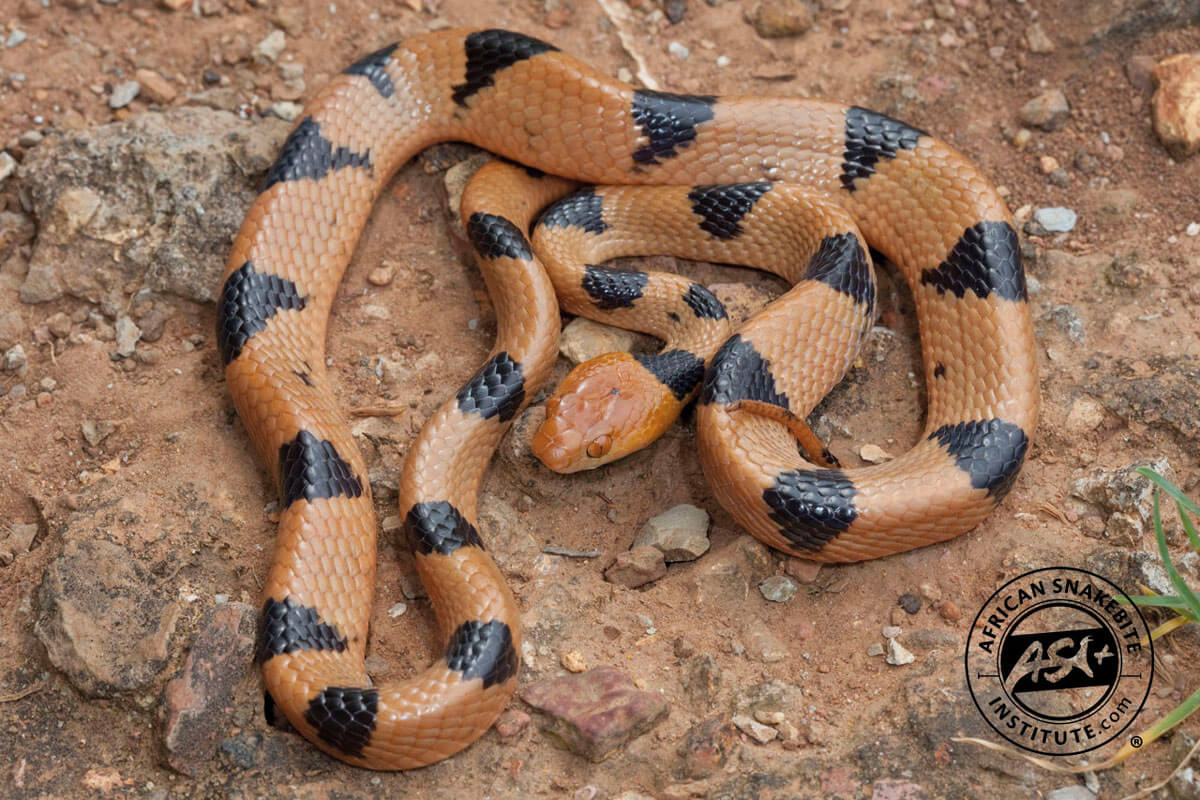 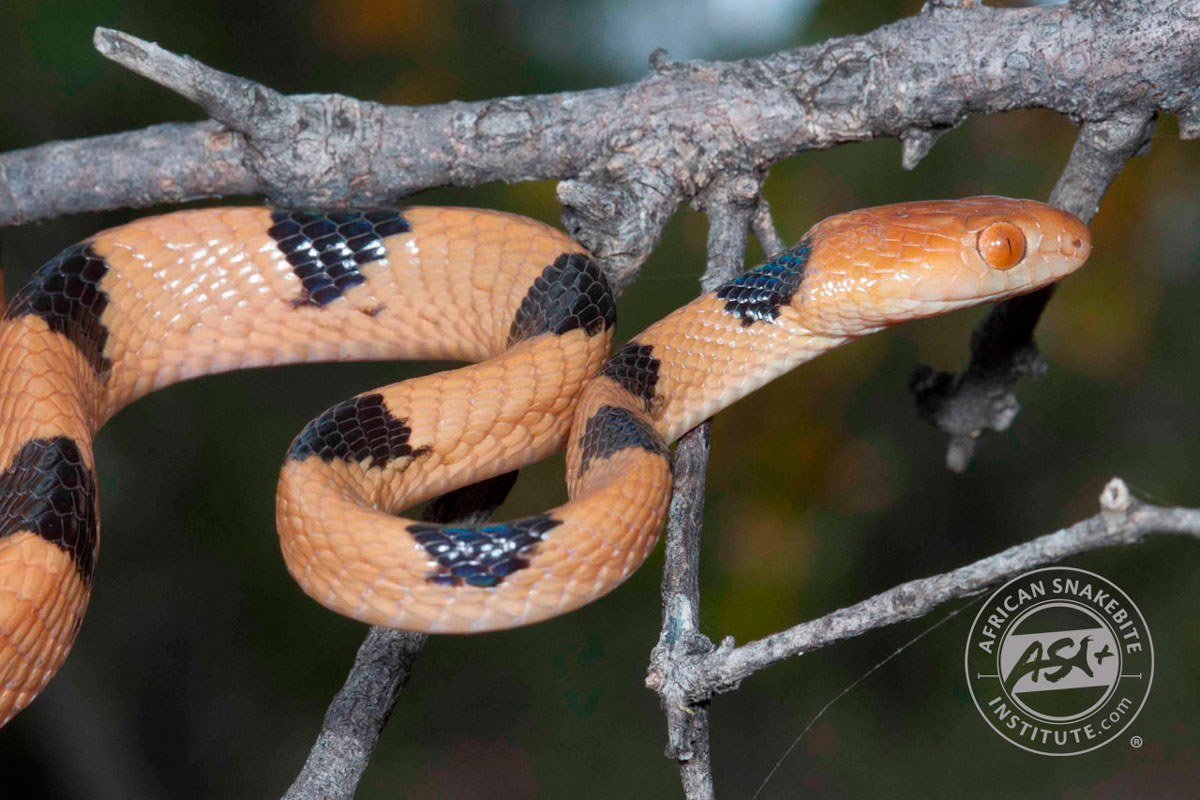 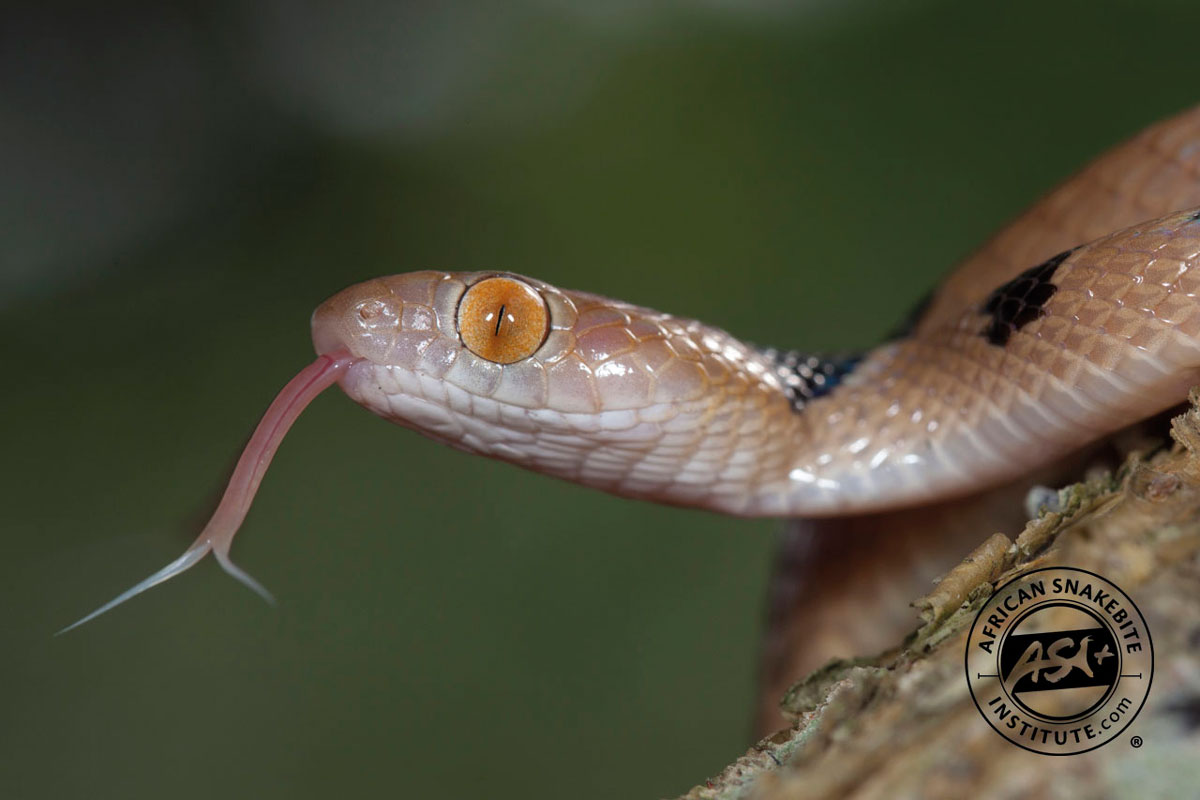 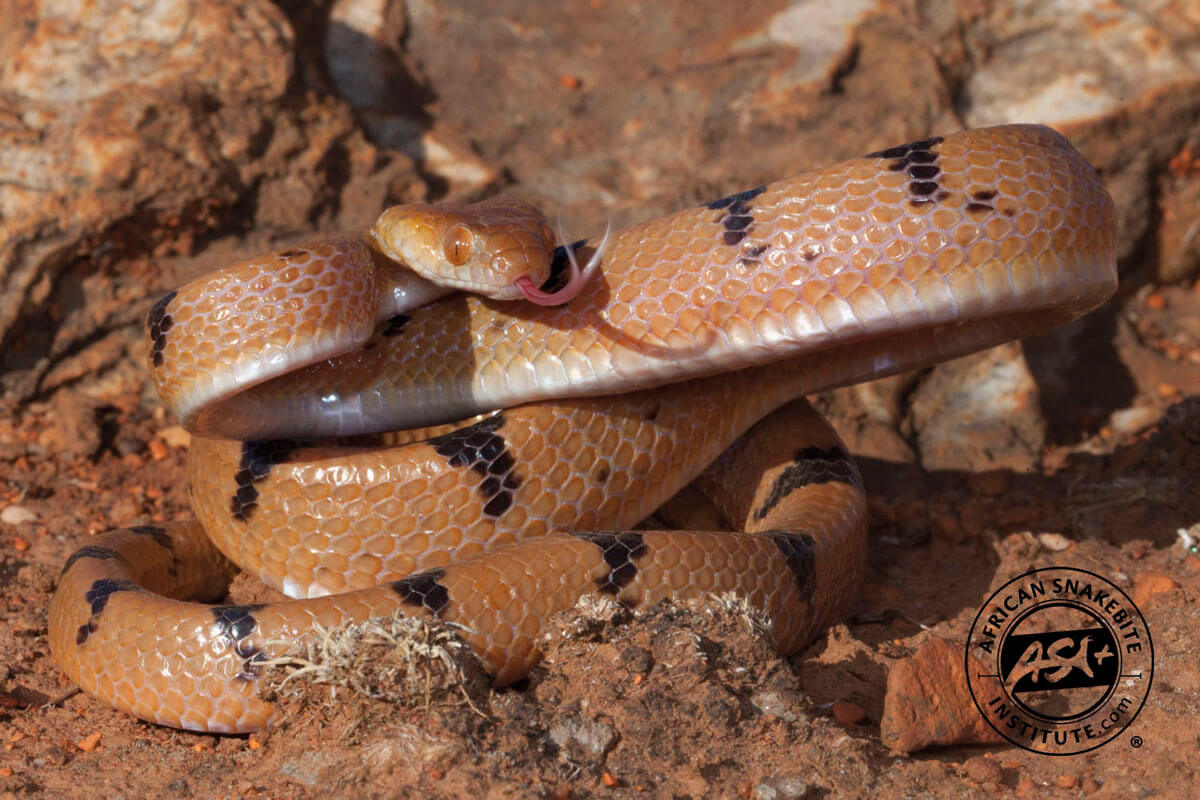 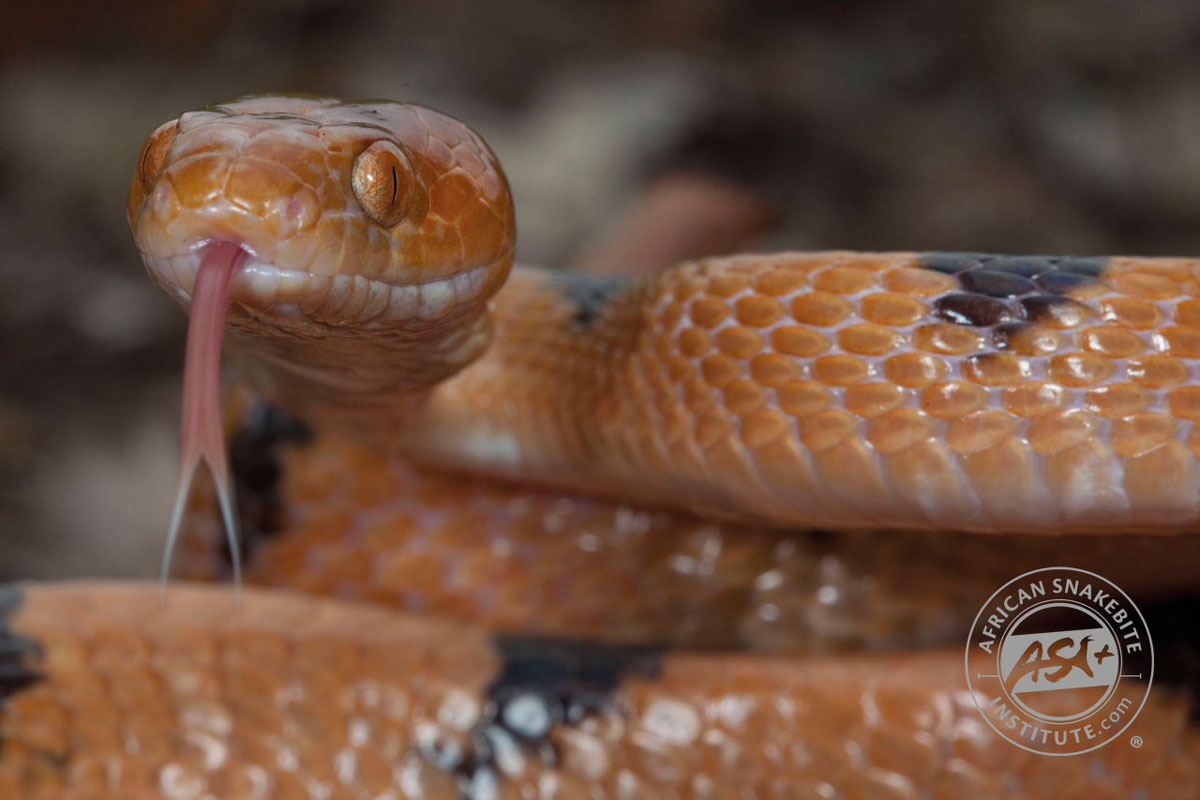