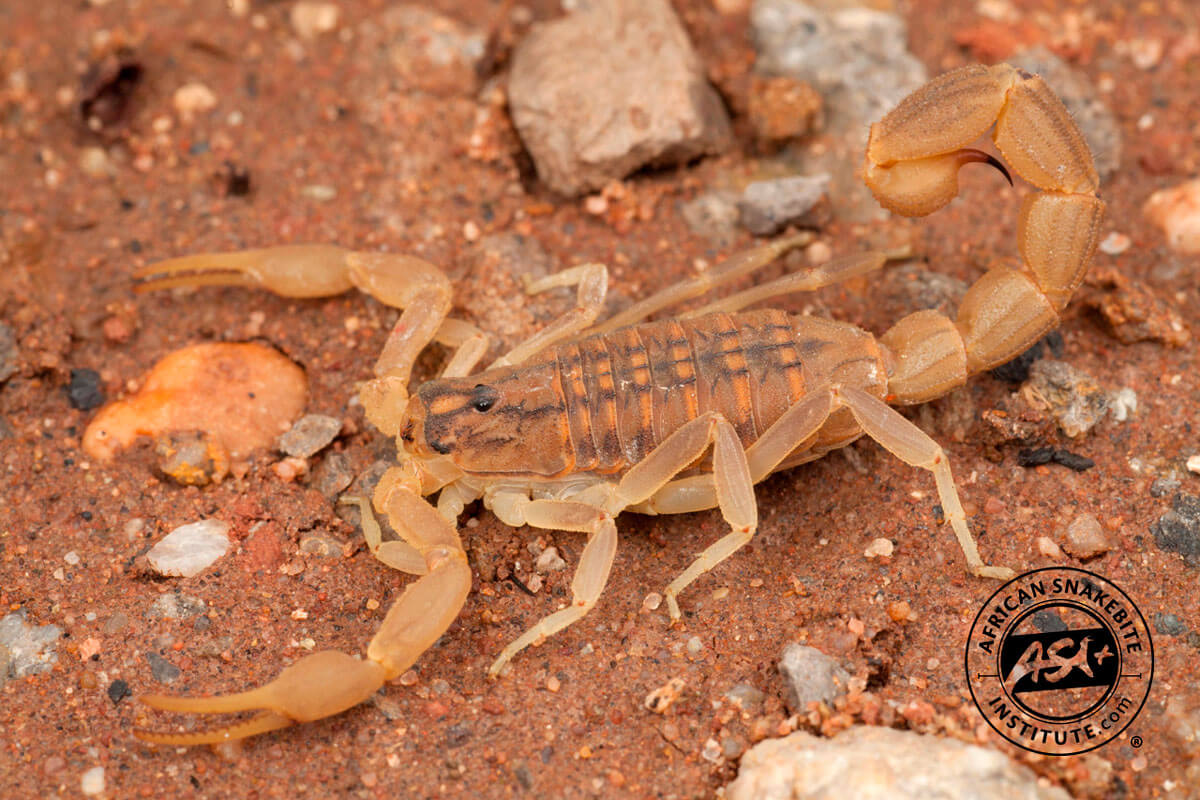 A medium sized scorpion of around 6 cm with the tail extended. This species is a pale brown to yellow or light orange in colour with three faint black lines running down the back. It also has an X pattern on the head crossing the eyes.

It is known from eastern Mpumalanga and north into Limpopo, being relatively common around Kruger National Park and up north of the Soutpansberg. It can be found under rocks and logs but is also active on warm nights.

It may be confused with the Lesser Thicktail and Thicktail Scorpions.

The venom causes great pain and stings from this species should be treated in hospital. Antivenom is not effective against the sting of this species. 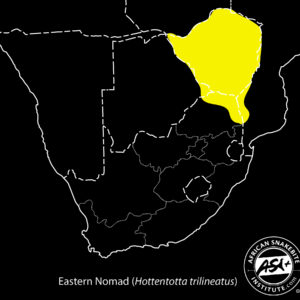 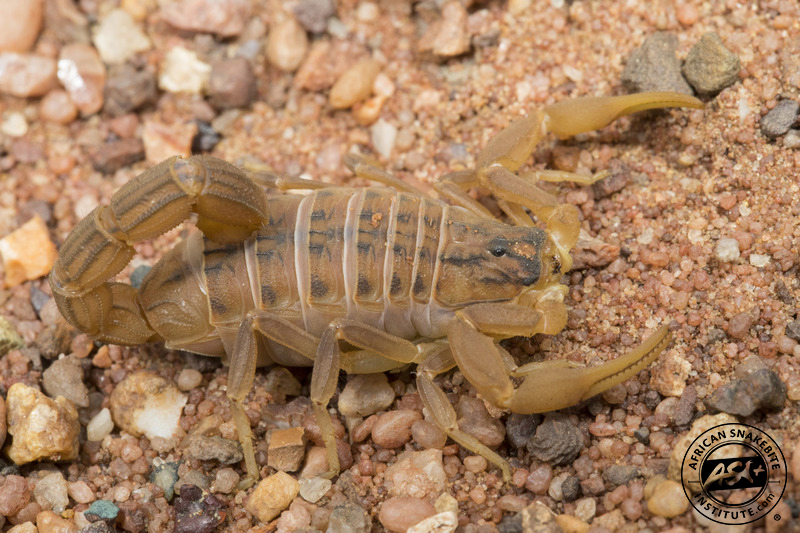