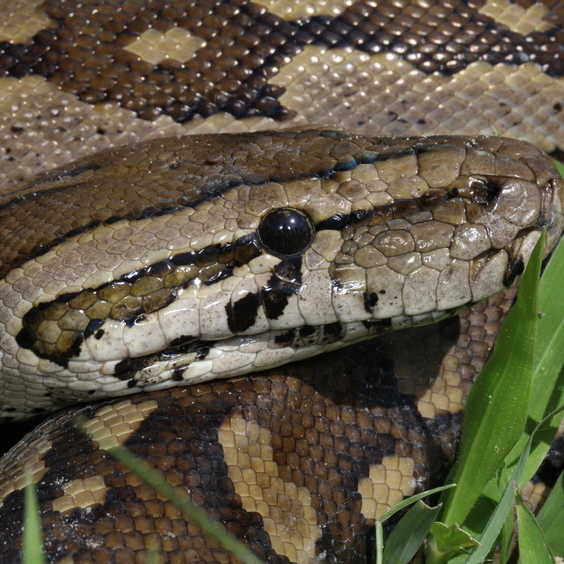 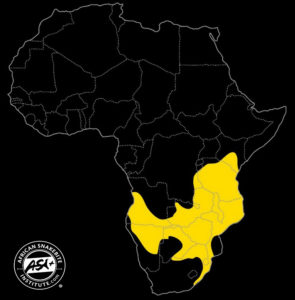 Map indicating the distribution of the Southern African Python (Python natalensis) within Africa.

The Southern African Python is a large snake reaching a maximum length of around 5.5 m and weighing around 65 kg. It feeds largely on warm-blooded prey like small antelope, monkeys, game birds and dassies, but also takes leguaans and even crocodiles. Attacks on humans are rare and fatalities virtually unheard of.

This snake is largely active at night, but it is fond of basking during the day. It is at home in water and can remain submerged for long periods. Females produce 30 – 60 (but up to 100) eggs, which are roughly the size of a tennis ball. The female remains with her eggs throughout incubation and the young measure 50 – 70 cm in length. 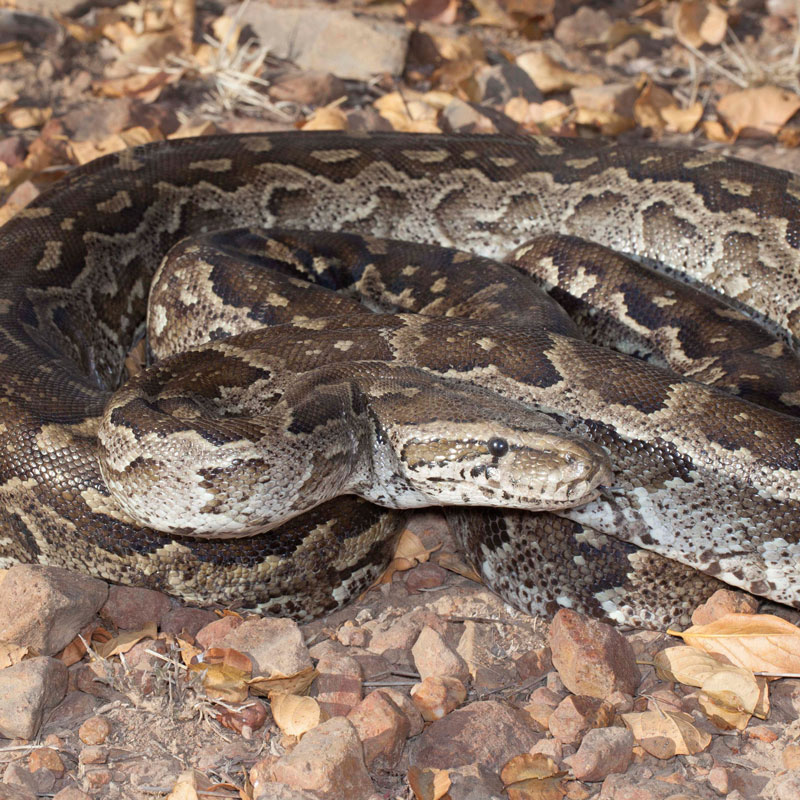 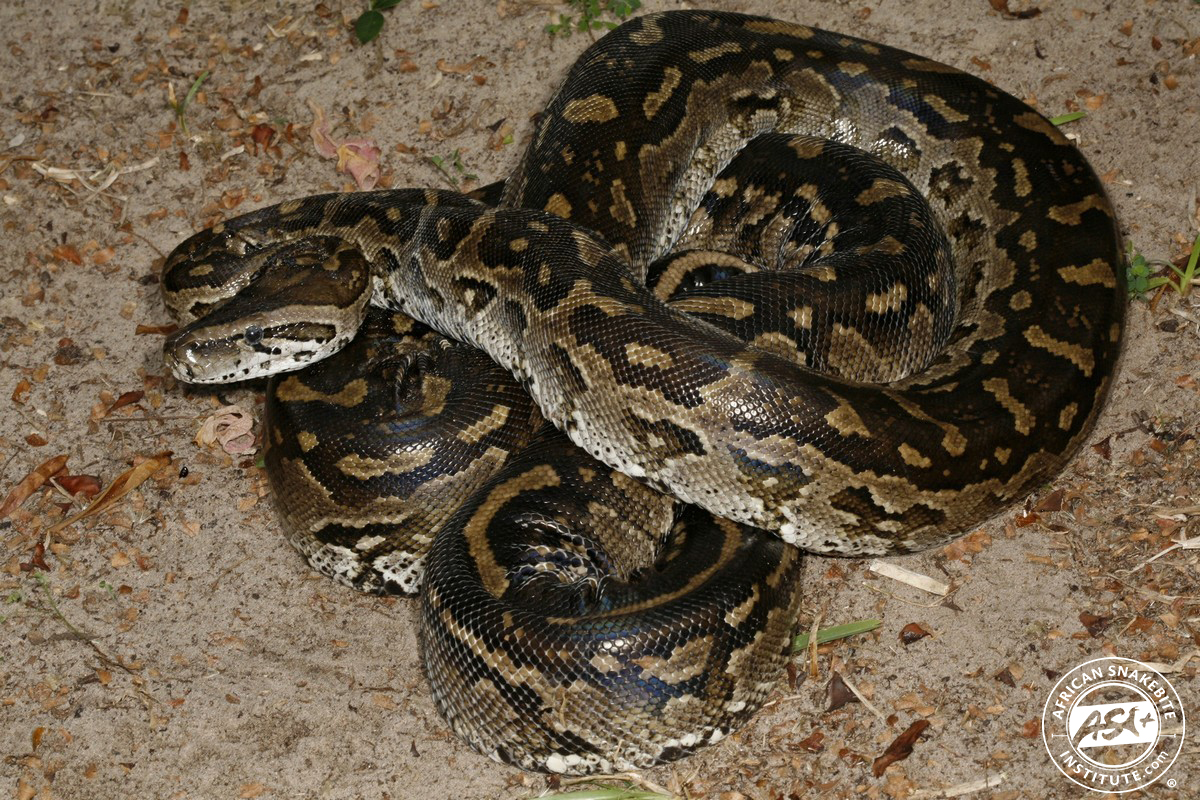 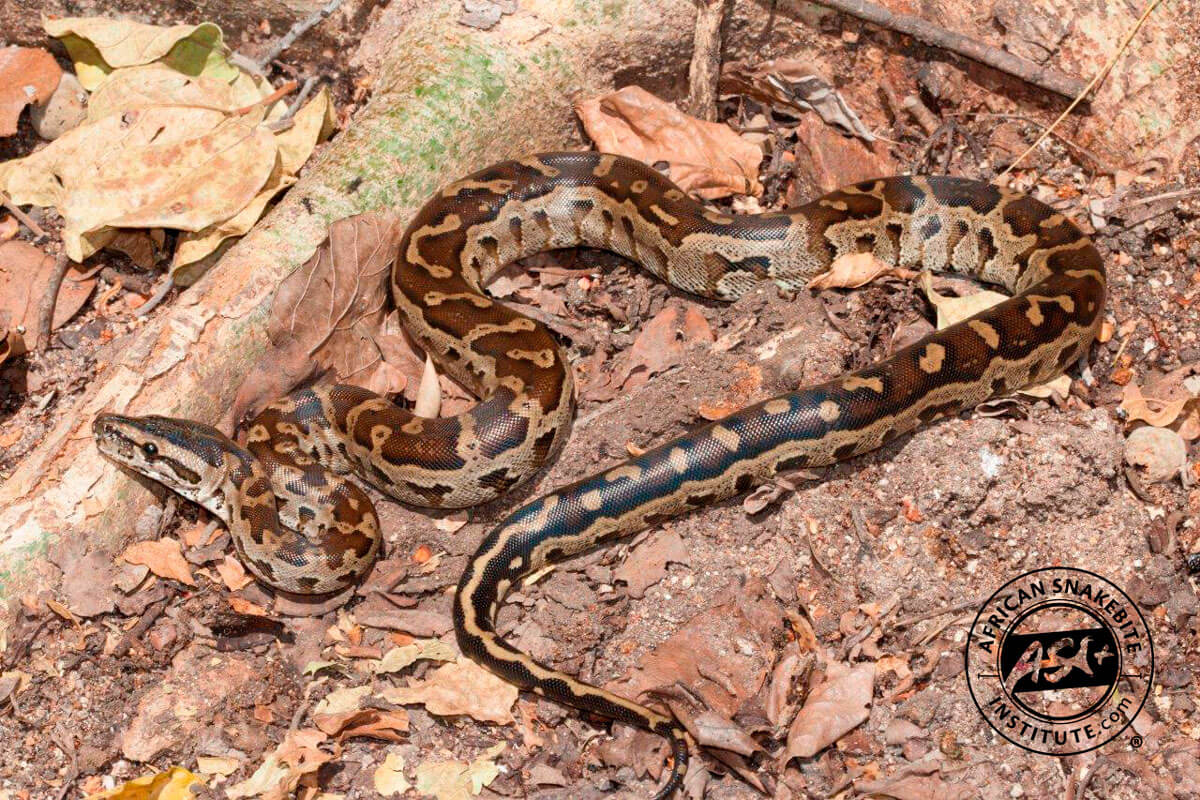 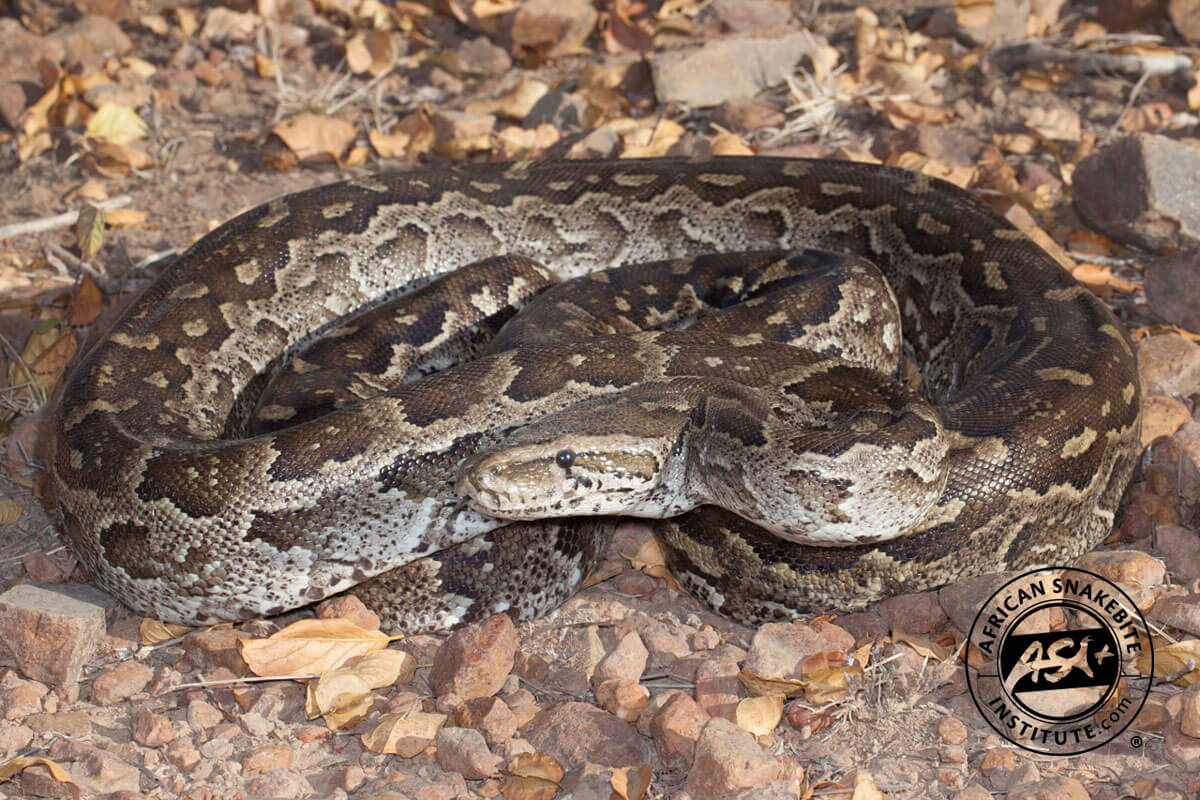 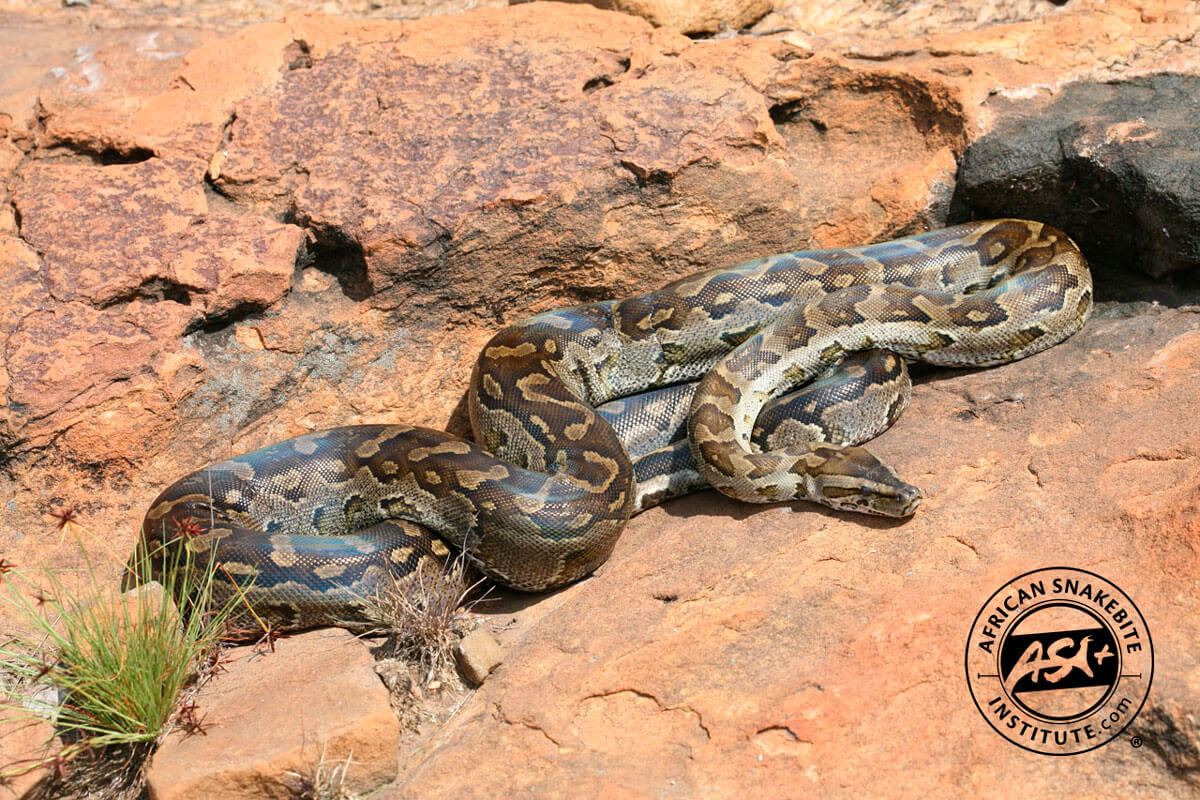 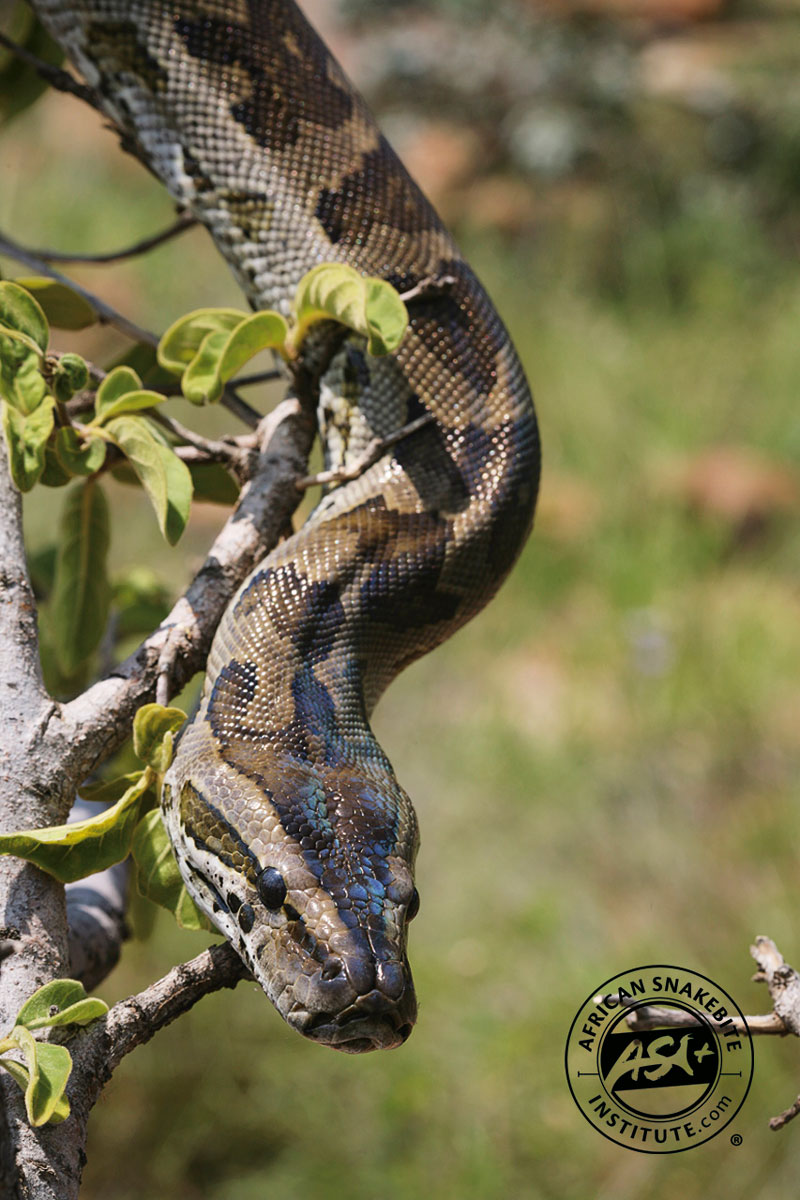 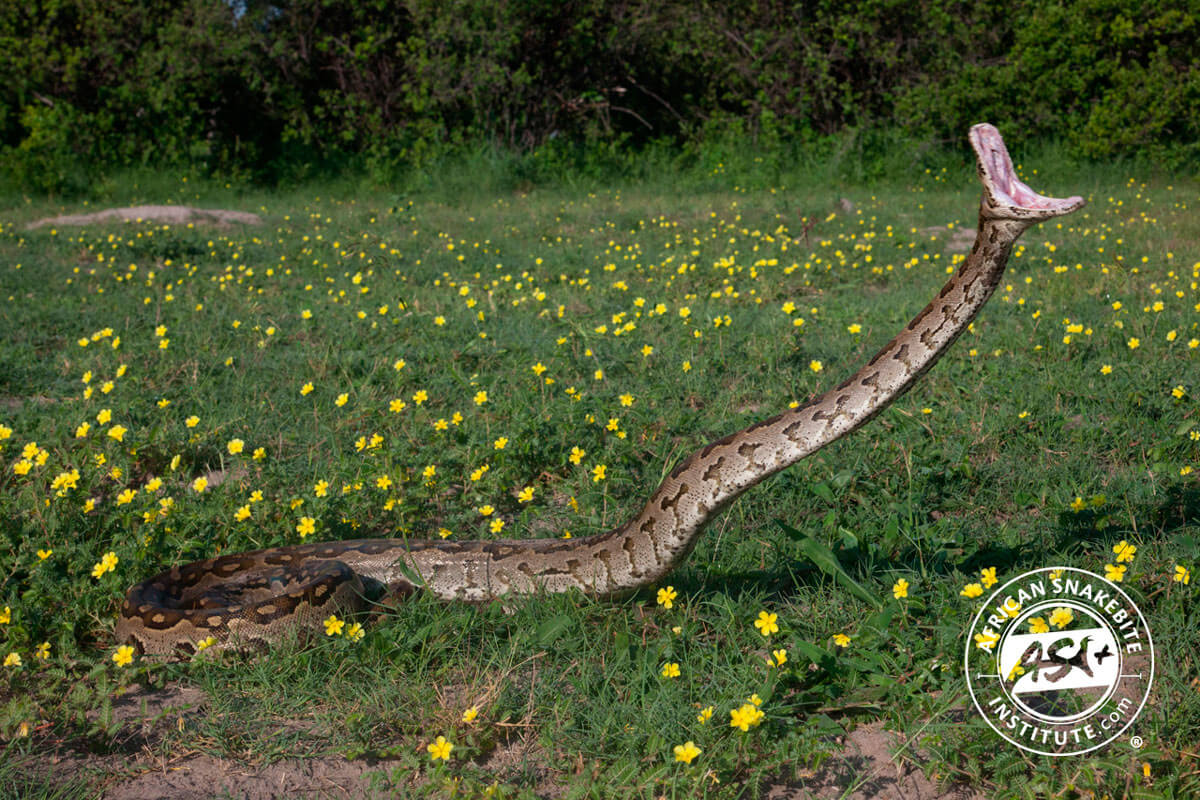 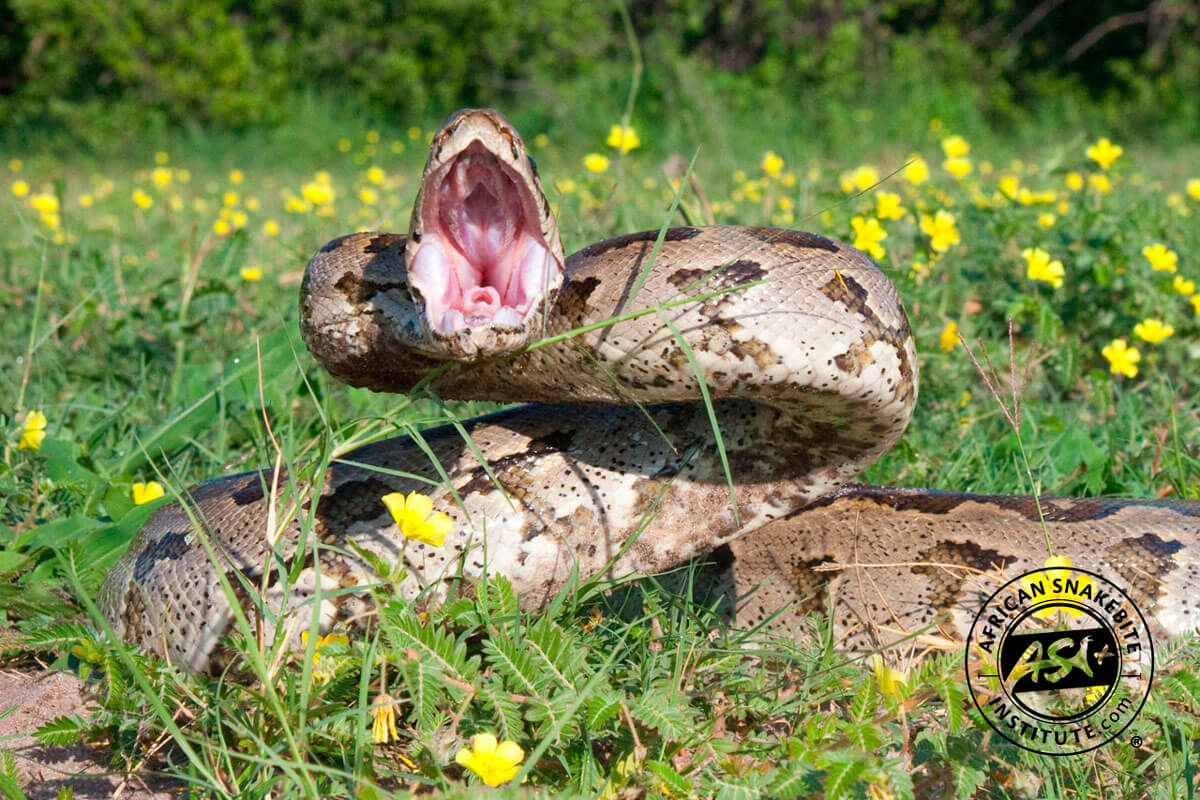 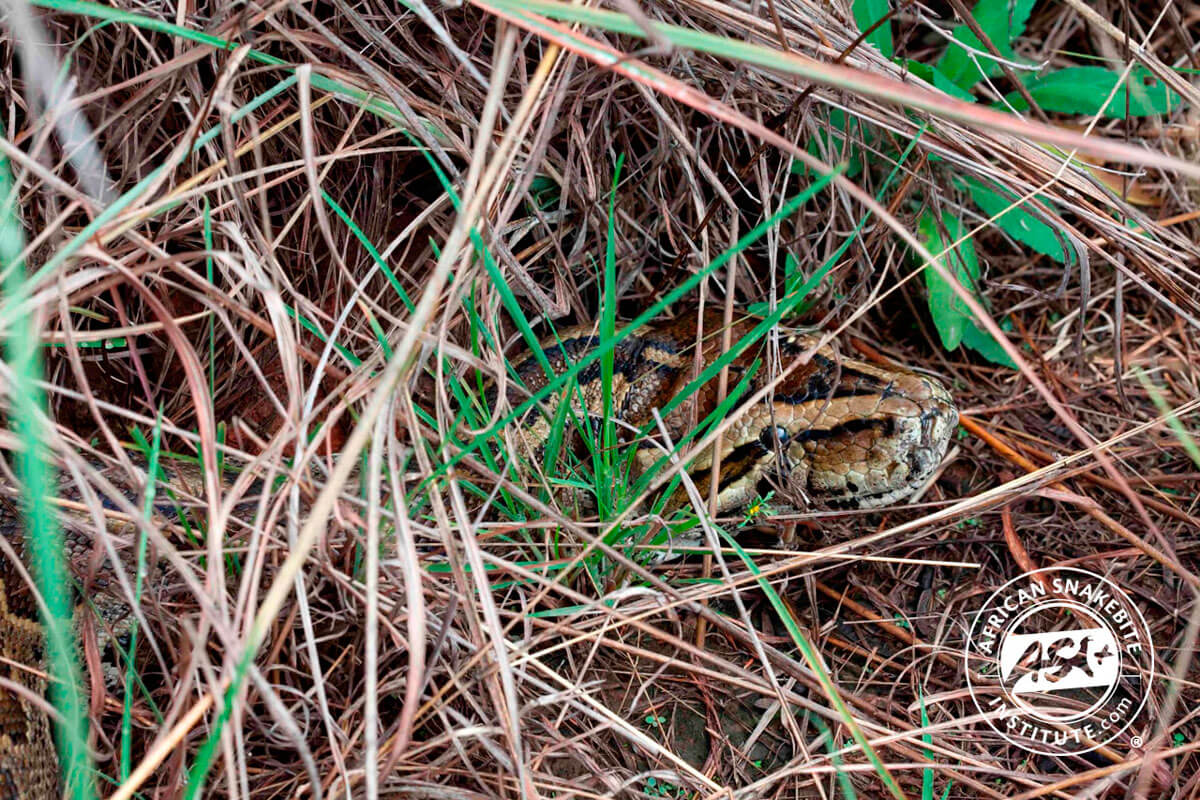 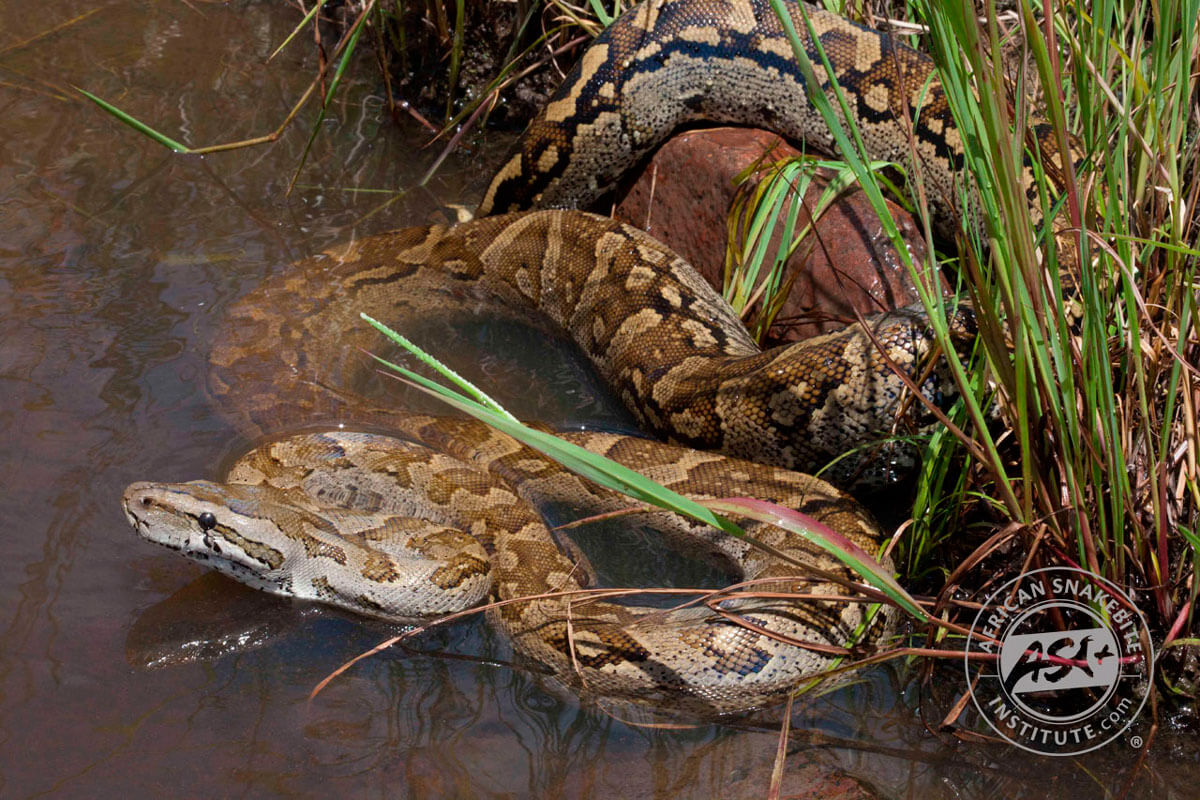 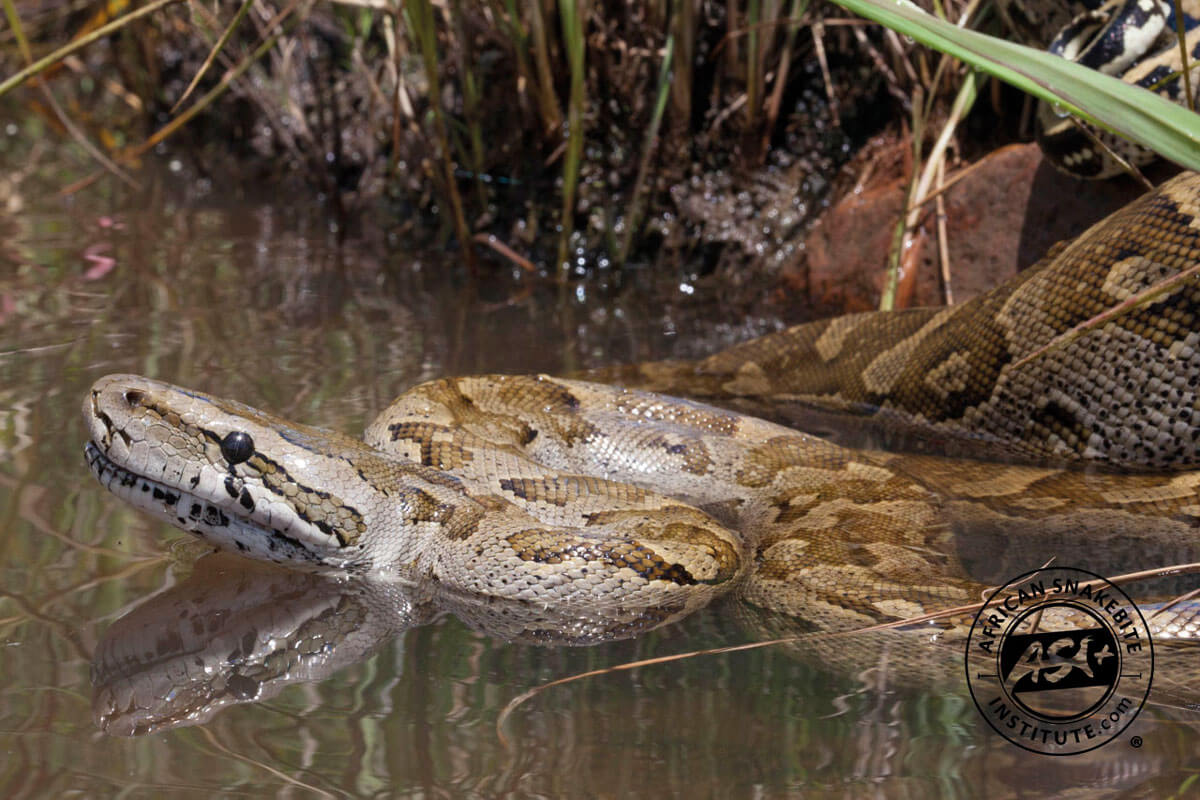 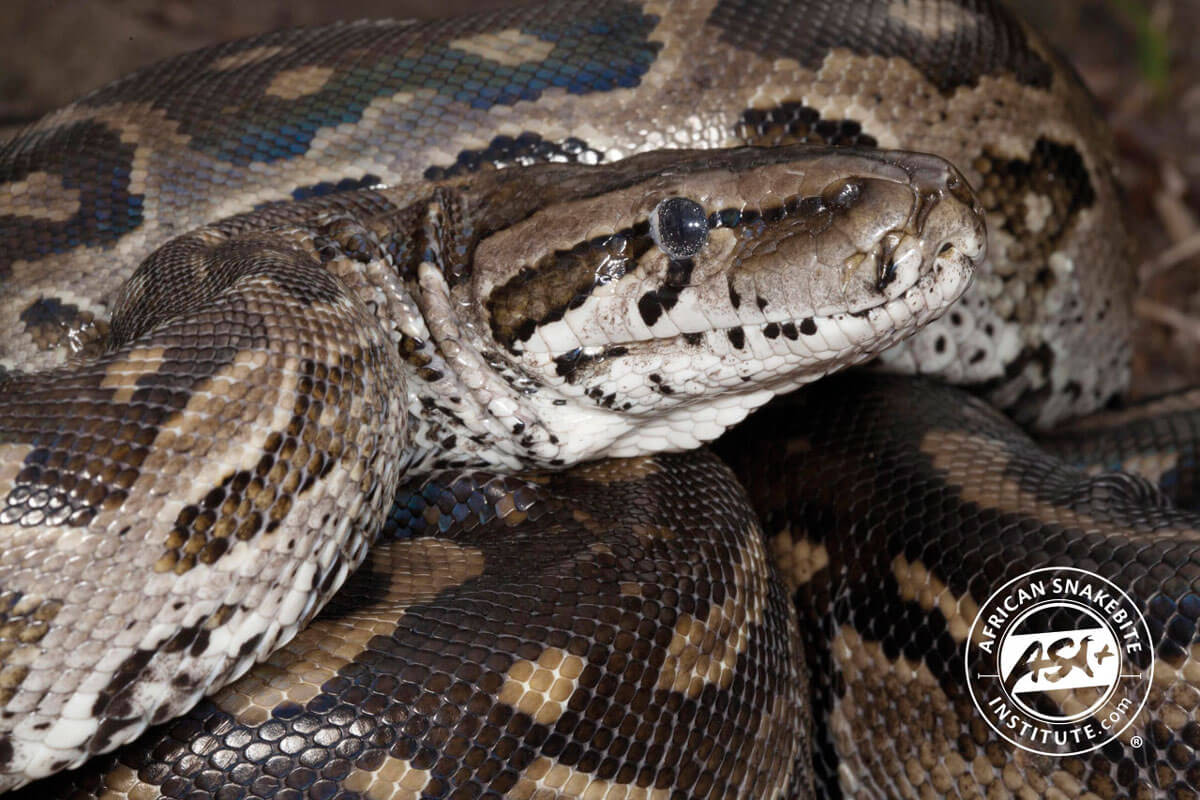 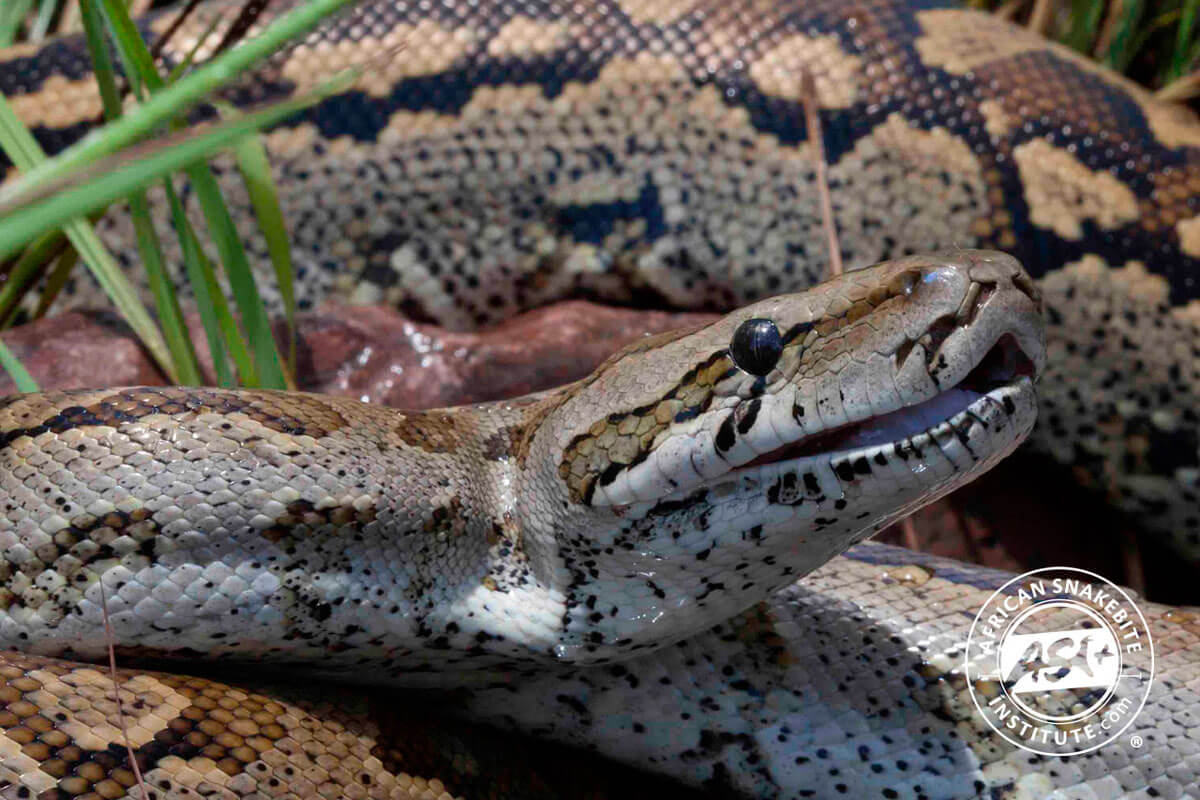 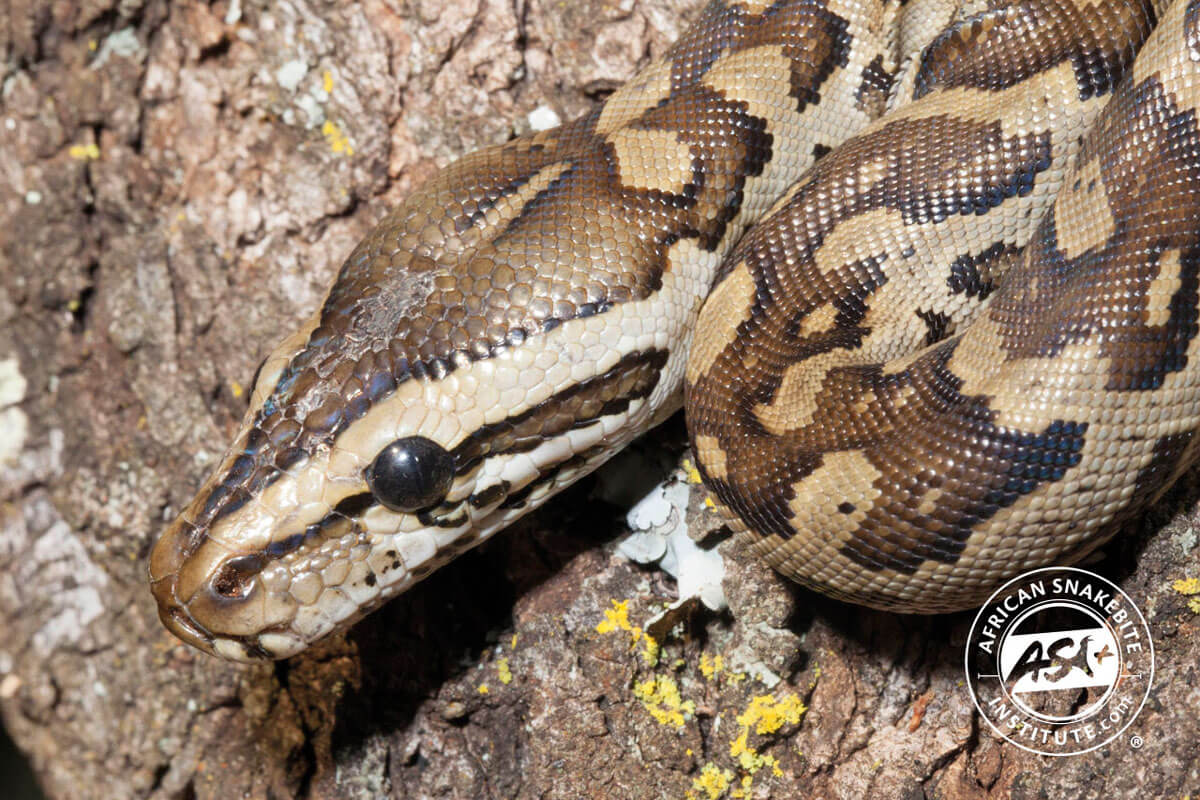 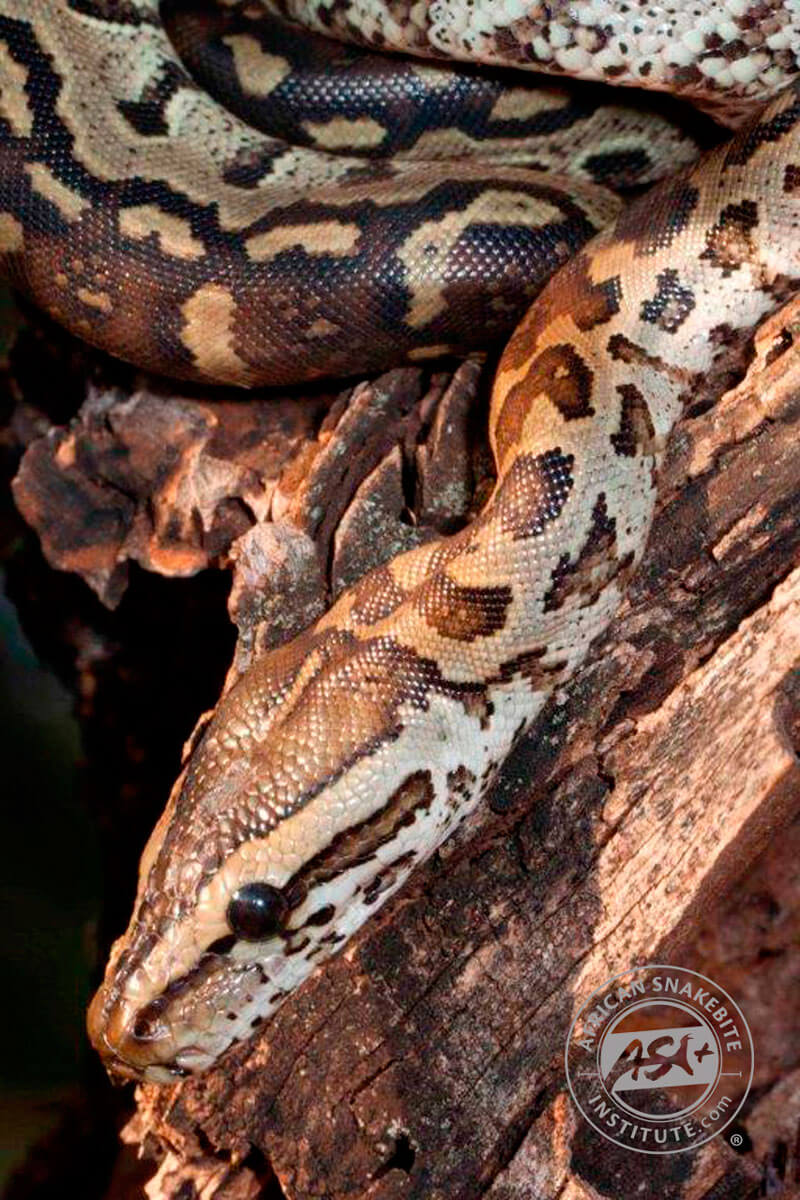 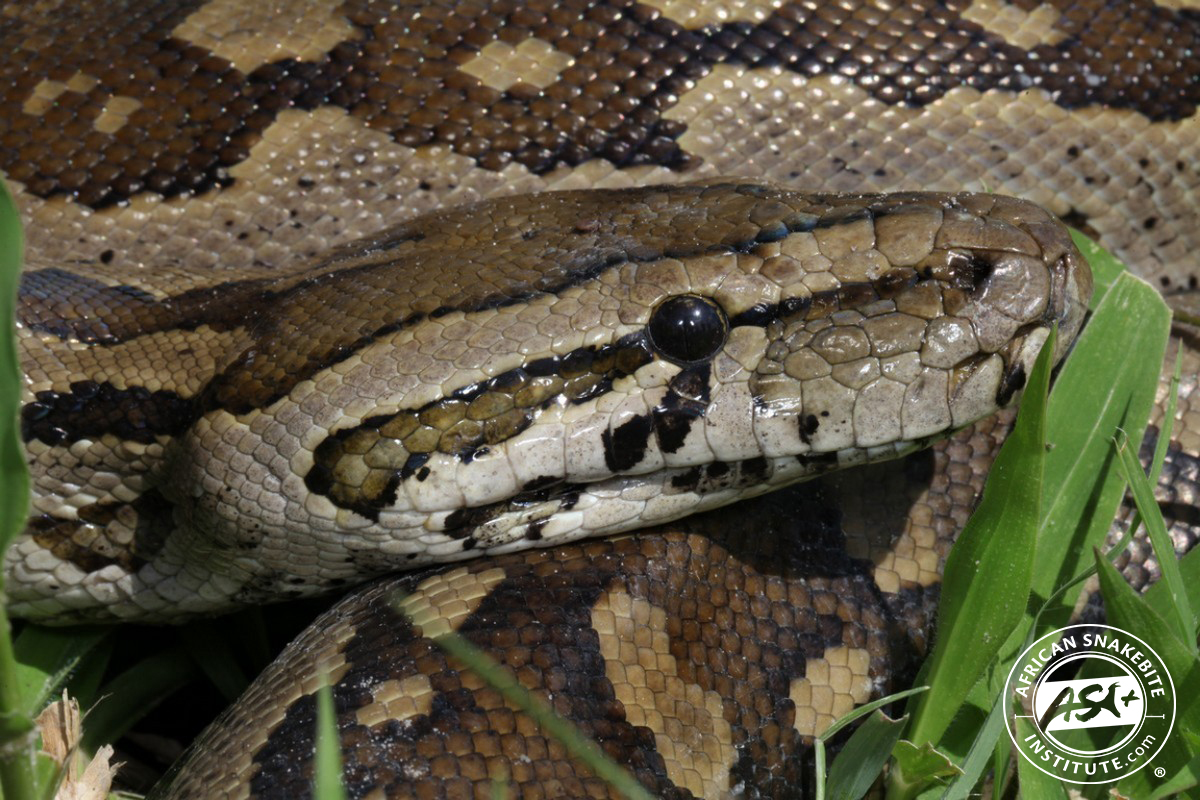