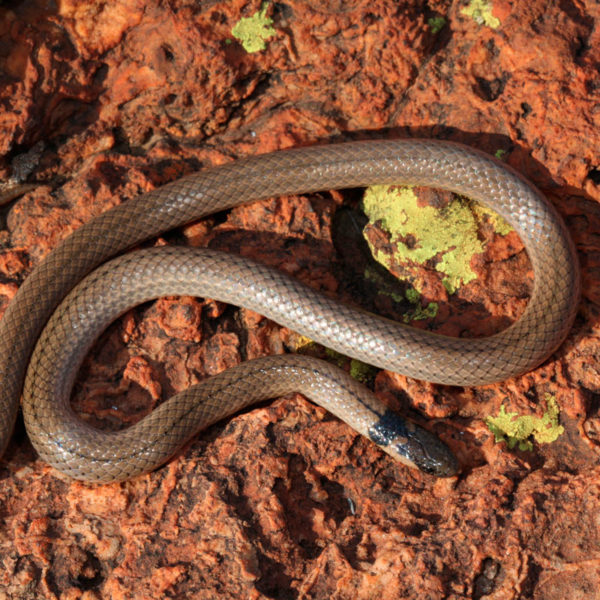 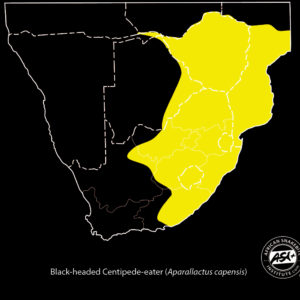 Map indicating the distribution of the Black Headed Centipede-eater in Southern Africa.

A small slender nocturnal snake that averages 30 cm with a maximum length of 40 cm. This common snake is usually found in deserted termite mounds or under logs and rocks where it is very common. It occurs in the eastern half of the country from the Eastern Cape northwards.

The Black-headed Centipede-eater is a specialist feeder and preys on centipedes – it will seize its prey and then chew along the body until the venom takes effect. The centipede is eaten head first. As it has a blackish head and light brown to orange-brown body, it cannot easily be mistaken for other snakes.

This snake is back-fanged and mildly venomous and poses no threat to humans. It is often collected by young snake enthusiasts but because of its specialised diet, it does not do well in captivity. 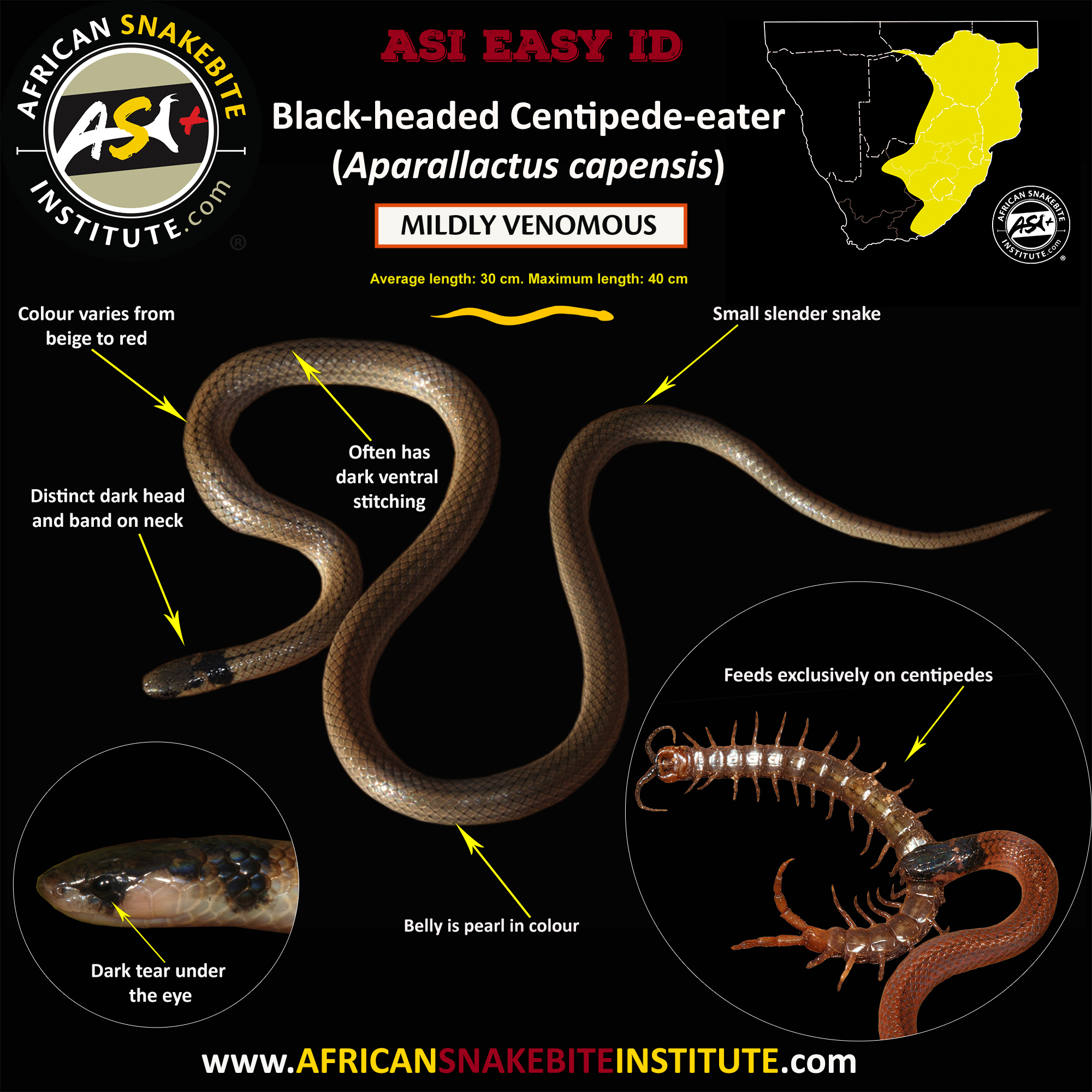 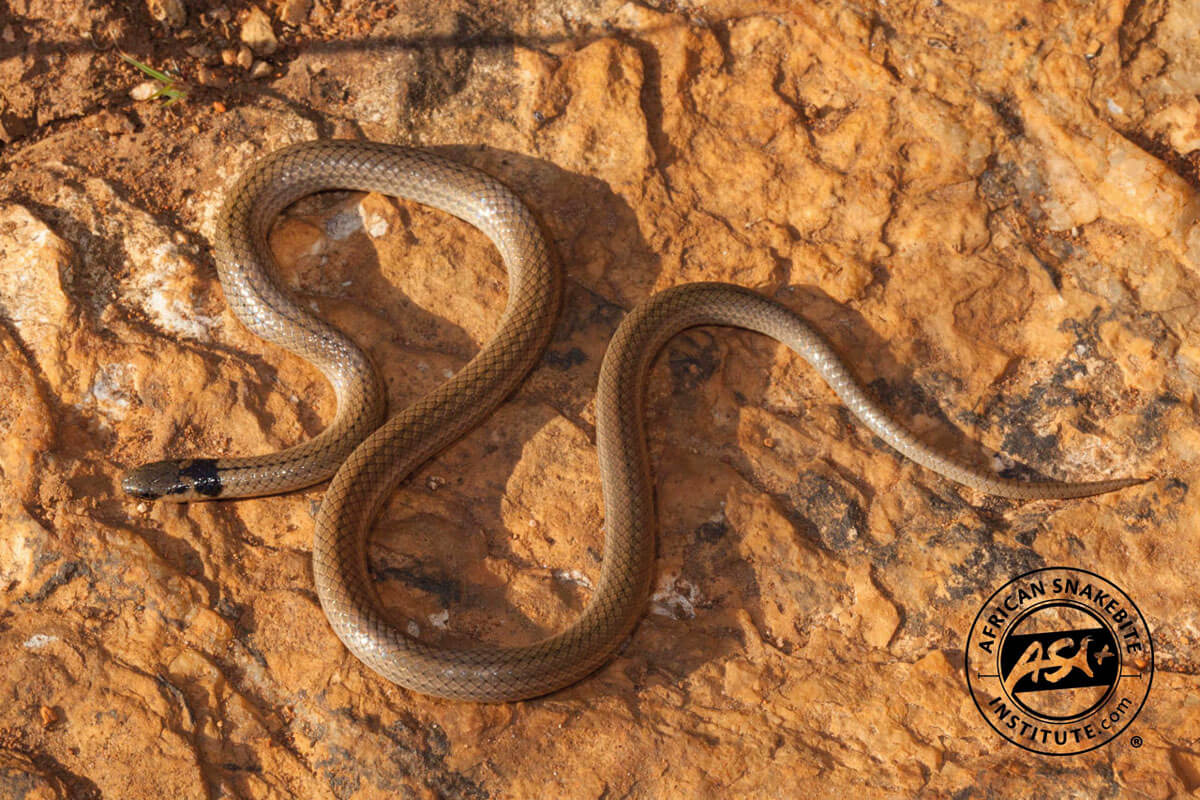 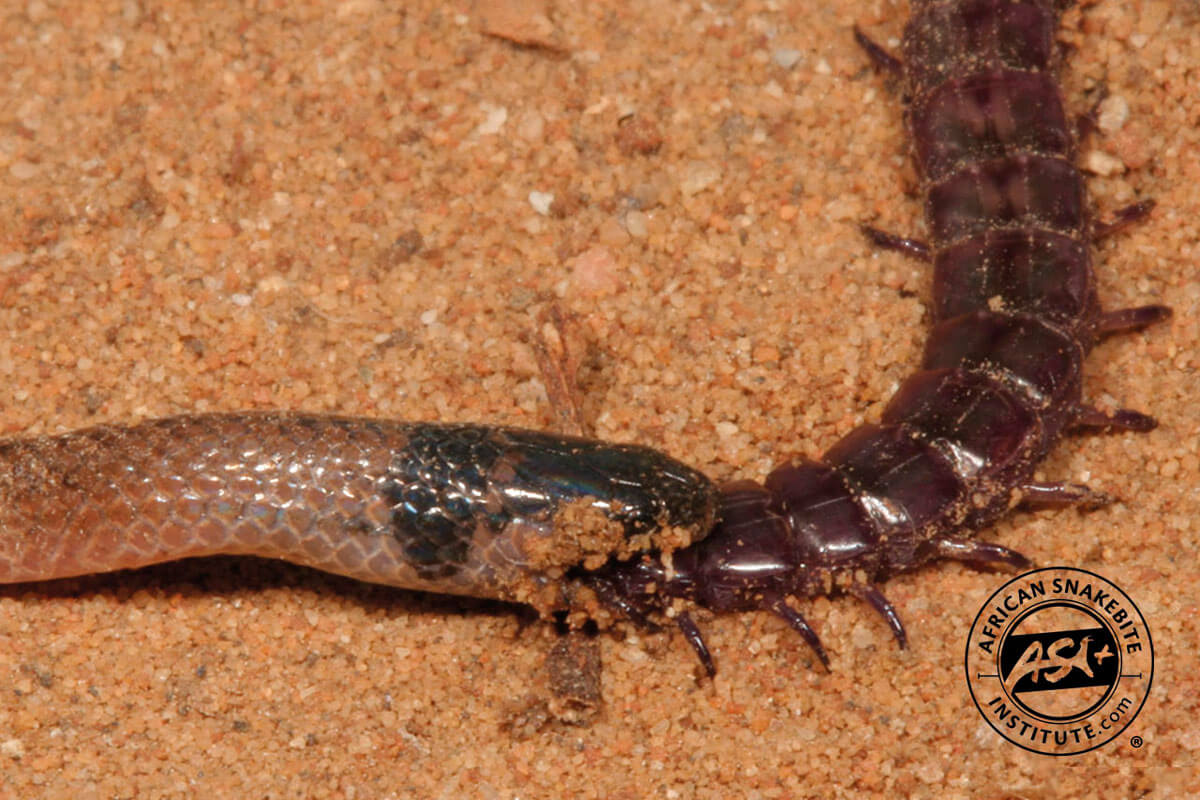 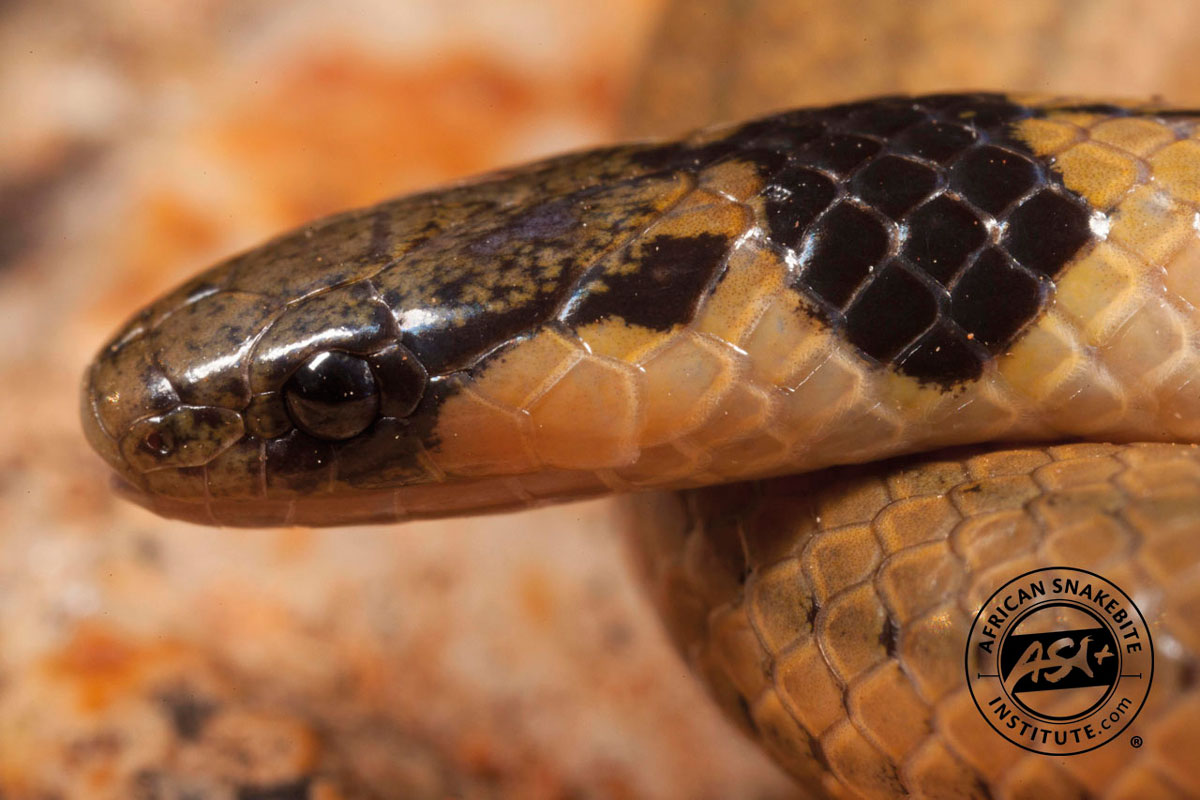 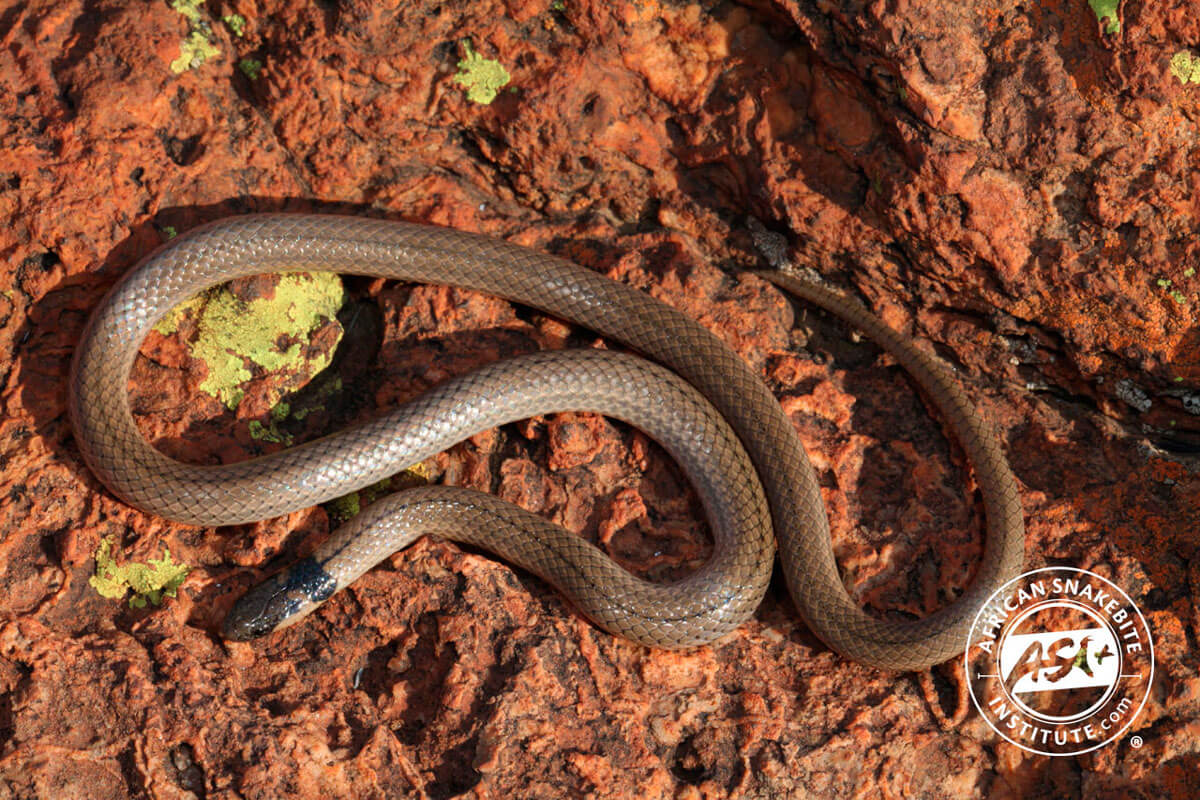 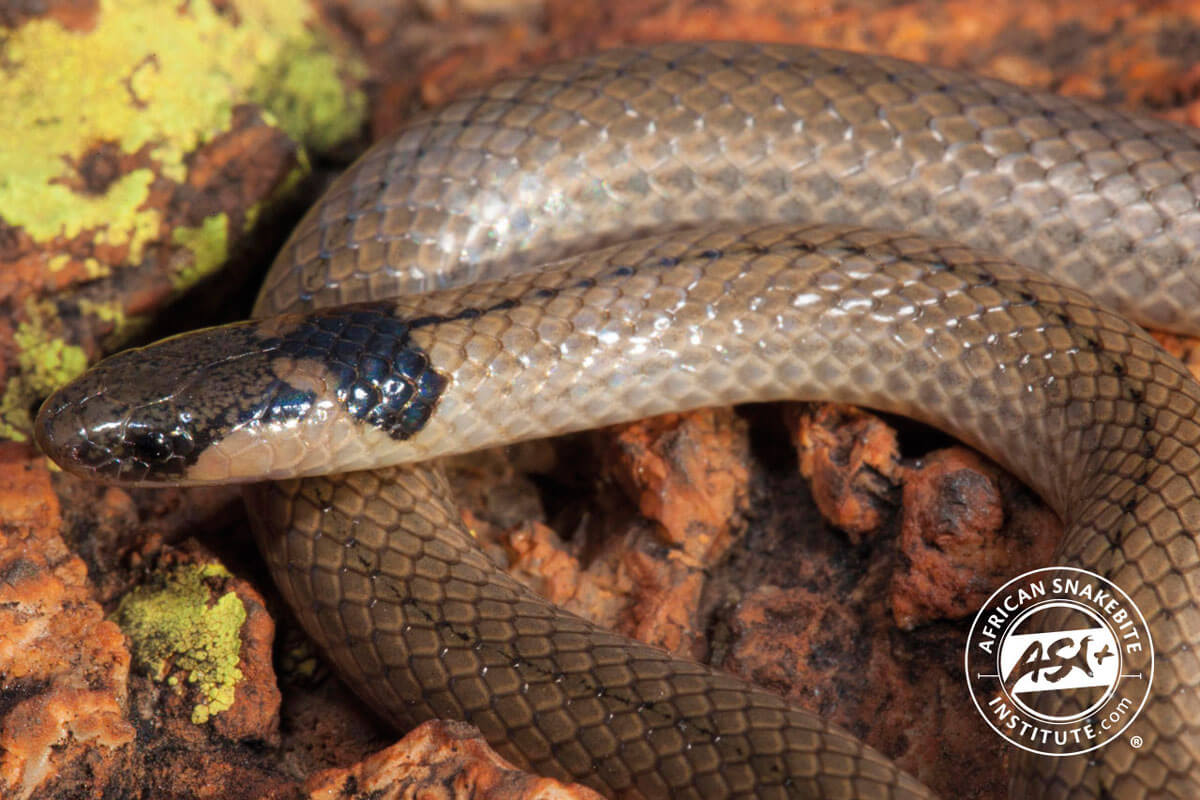 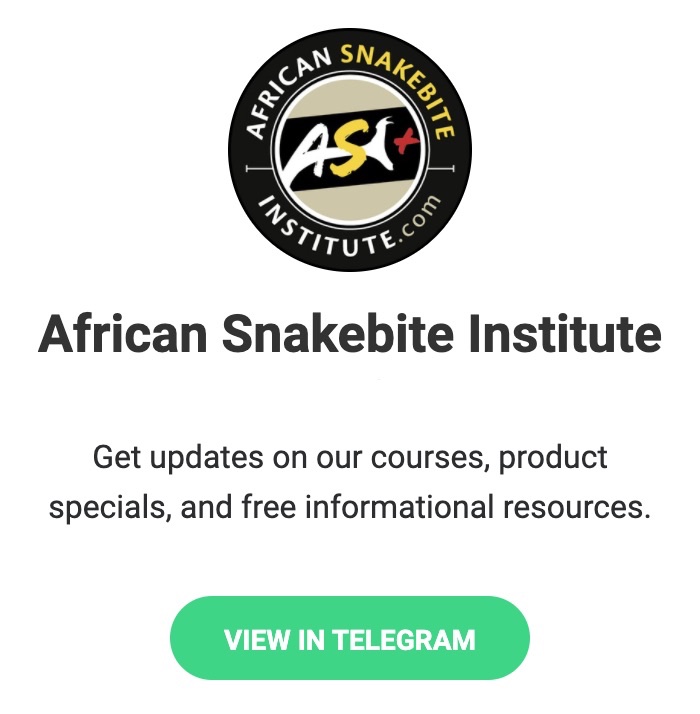