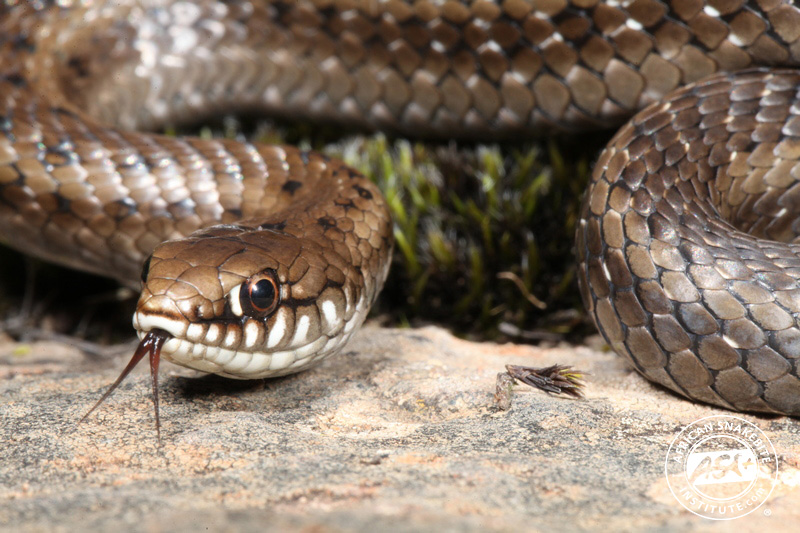 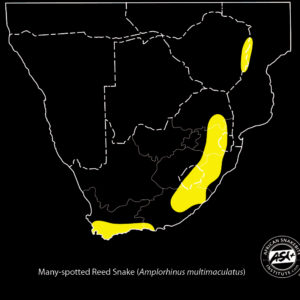 Map indicating the distribution of the Many-spotted Reed Snake in Southern Africa.

A slow-moving and somewhat secretive snake but may be locally common and may be mistaken for the Spotted Skaapsteker. Adults average around 50 cm, but may reach 63 cm. This snake is often found in reed beds and riverine vegetation but also found in Fynbos and montane grassland. Like the Spotted Skaapsteker, it is active during the day and will forage for food, preferring frogs, lizards and small rodents. If disturbed, it may coil into a tight spring like the Slug-eater. There are two colour forms; olive brown to dark brown or even black, with light stripes and spots down the body. The second form is bright green in colour, with some dark speckles on the neck. The venom of this snake is not considered dangerous to humans but may cause local swelling. 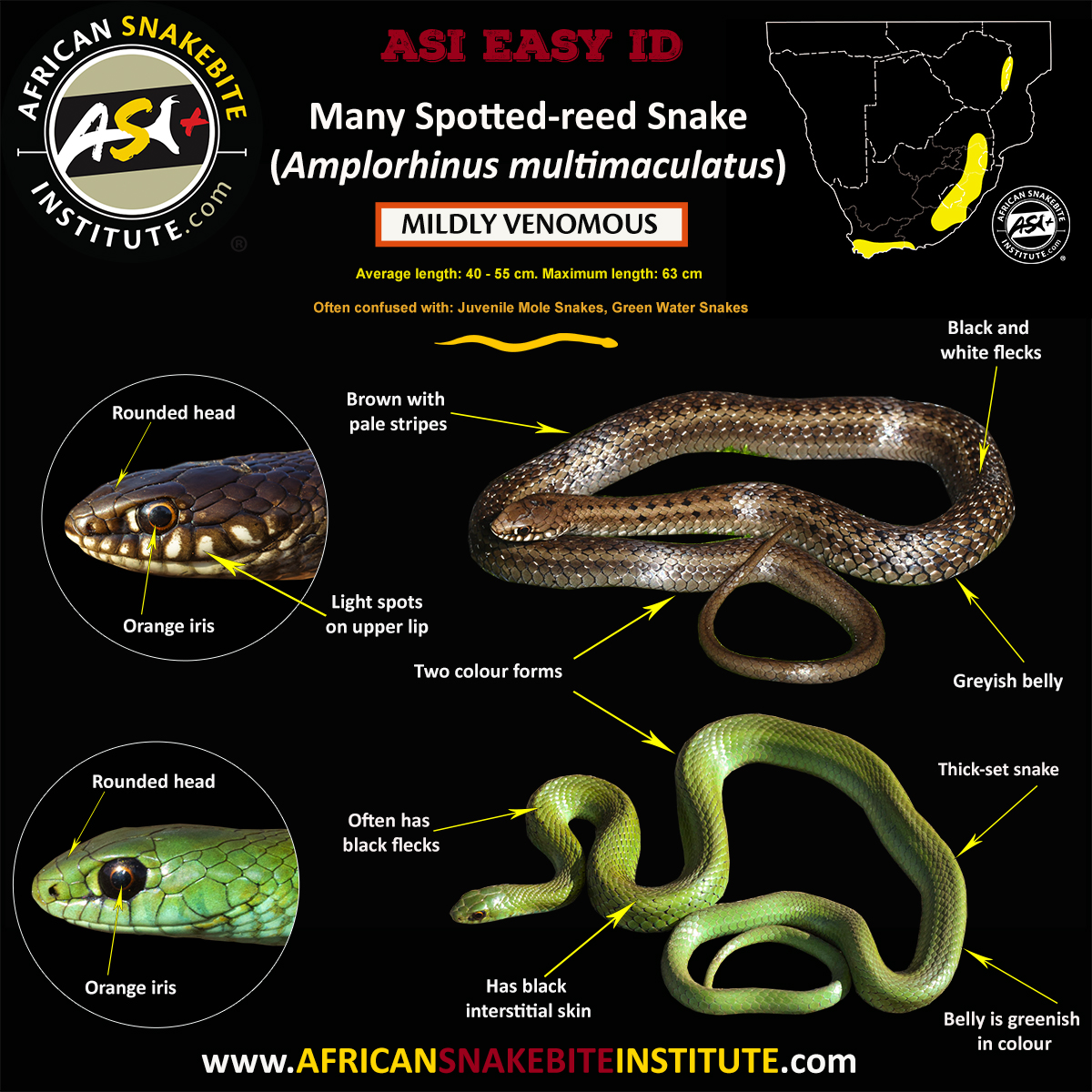 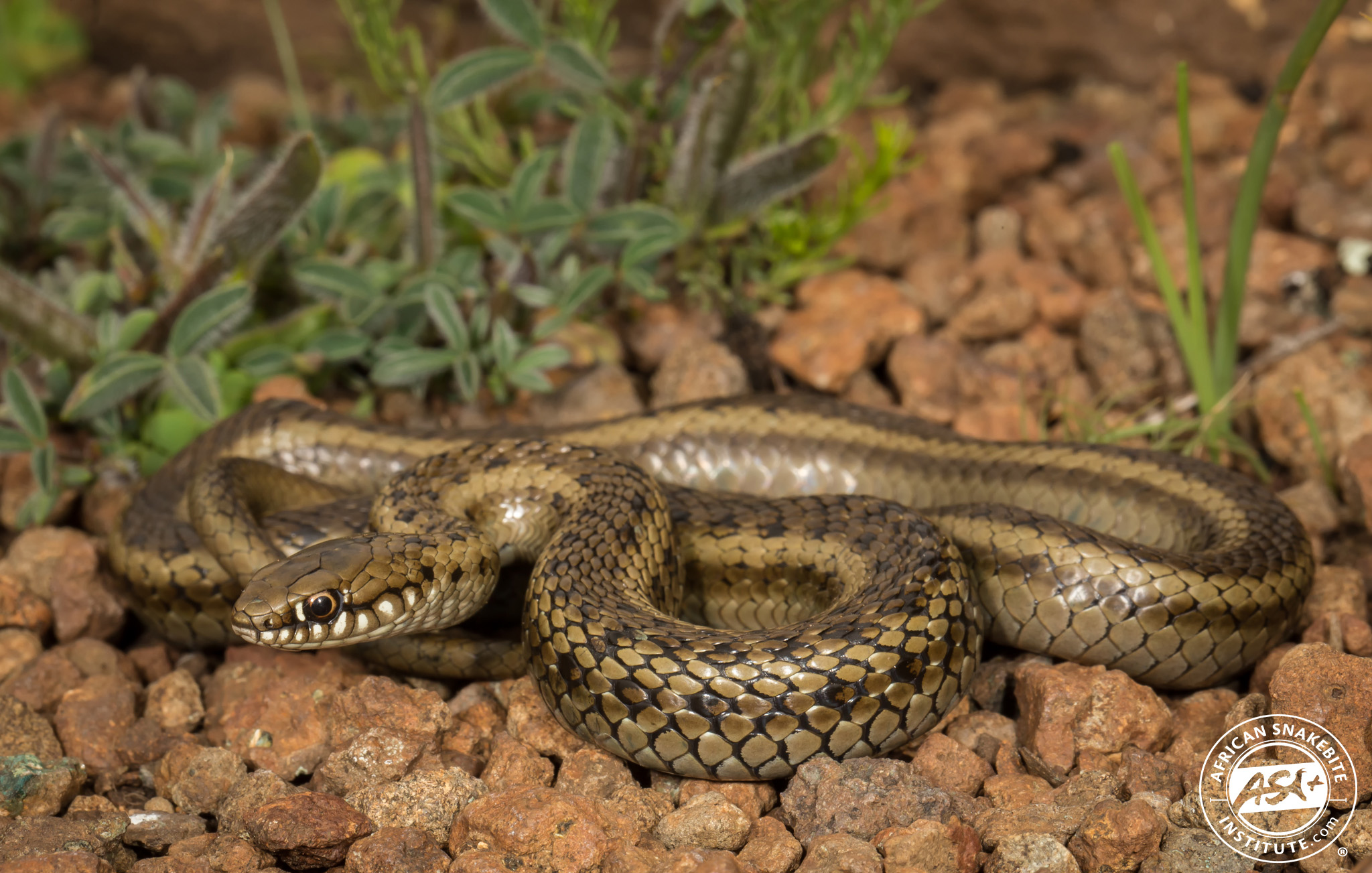 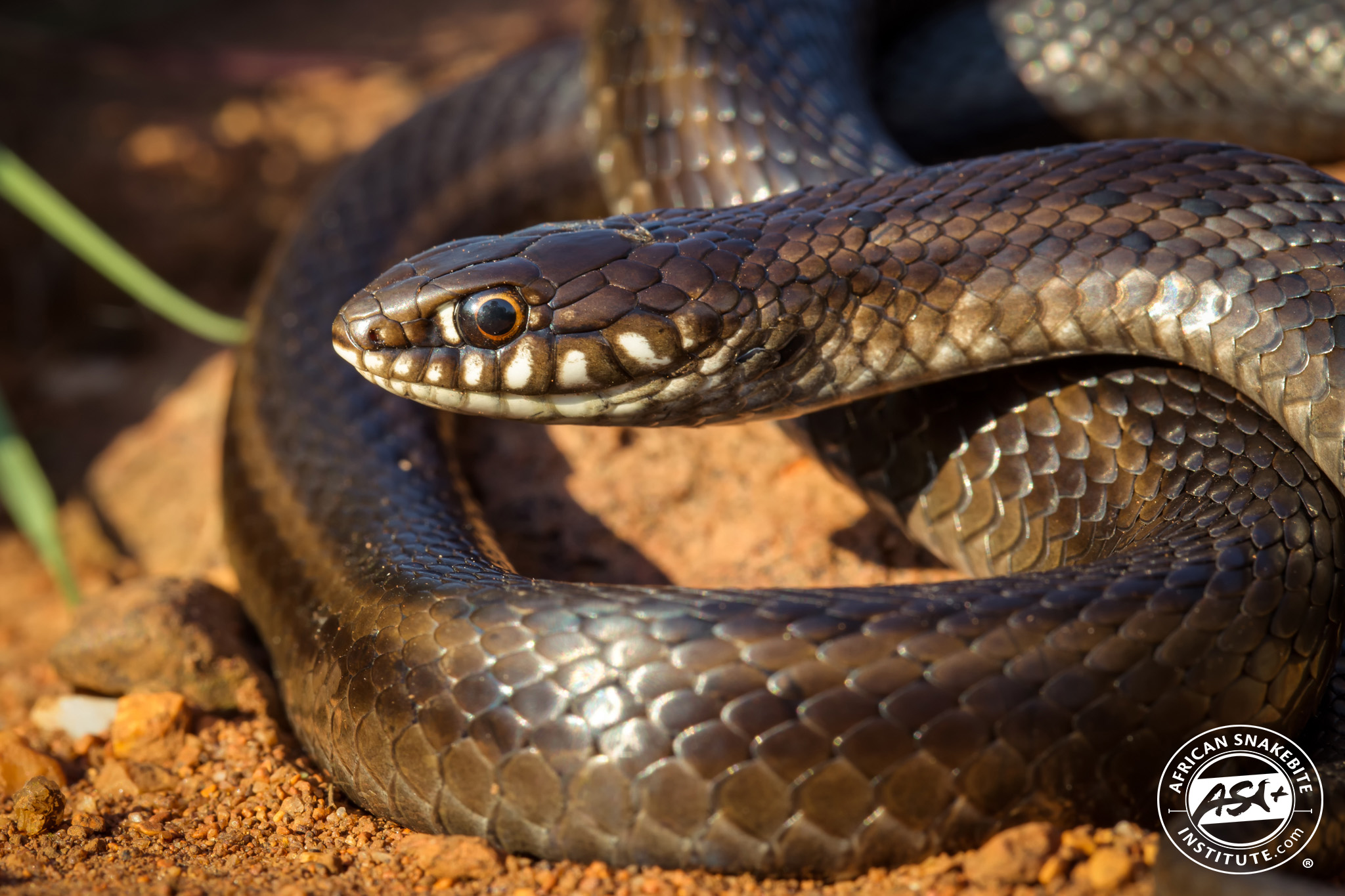 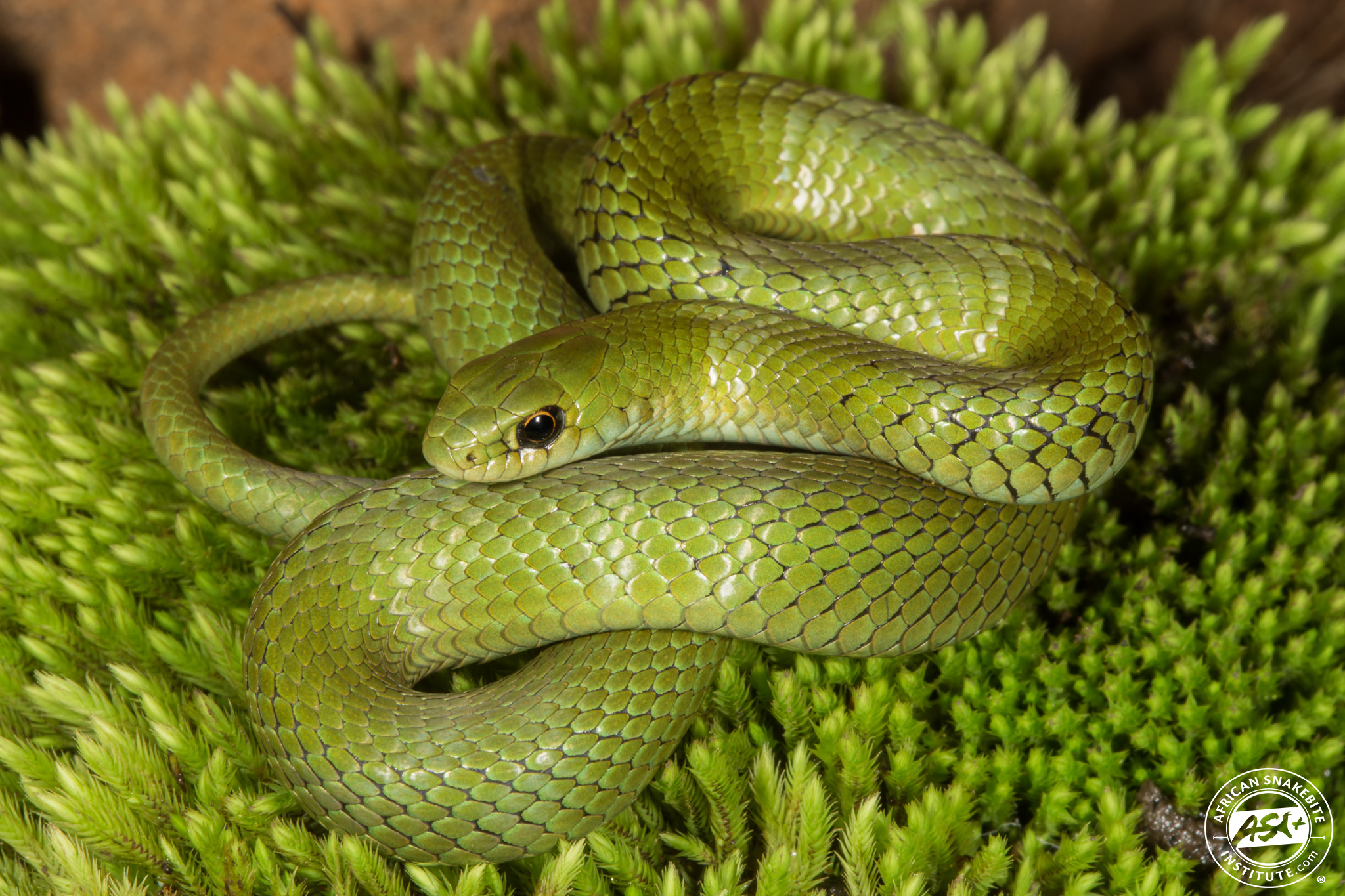 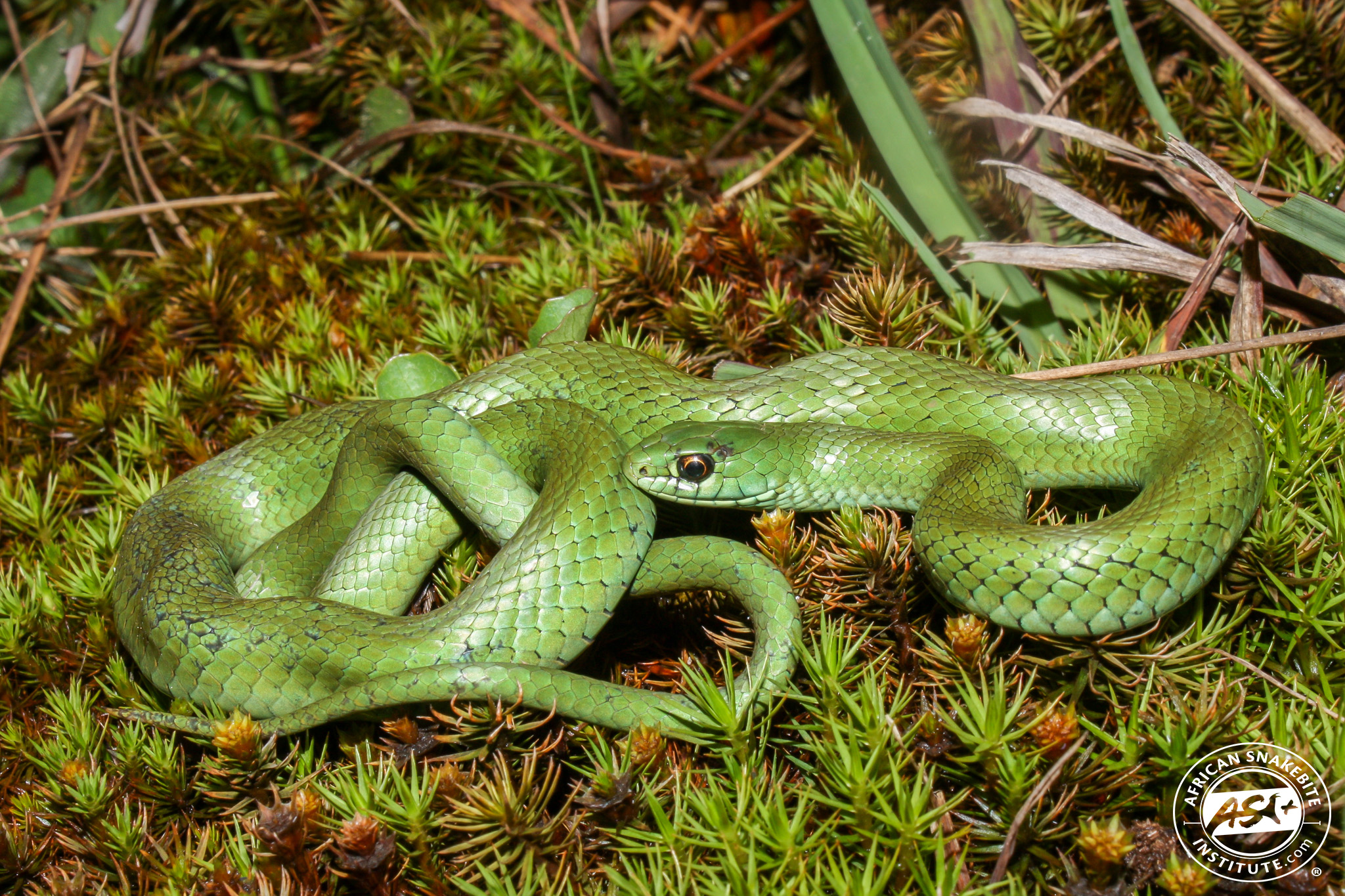 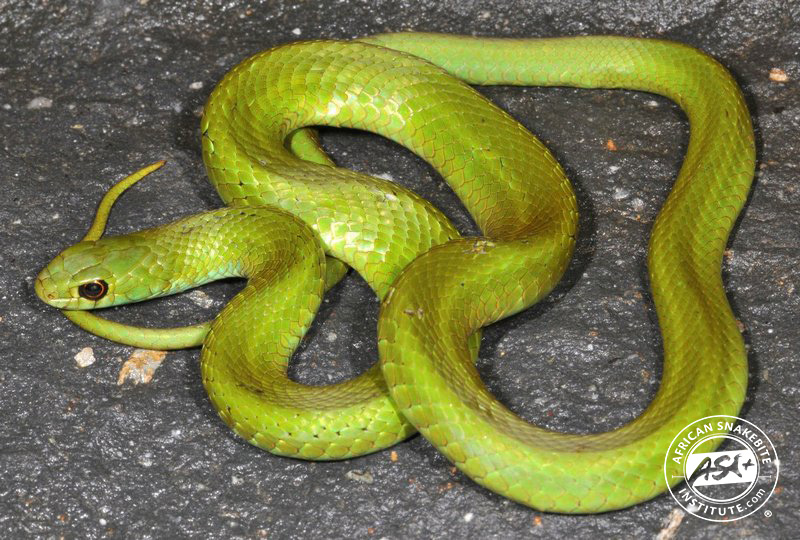 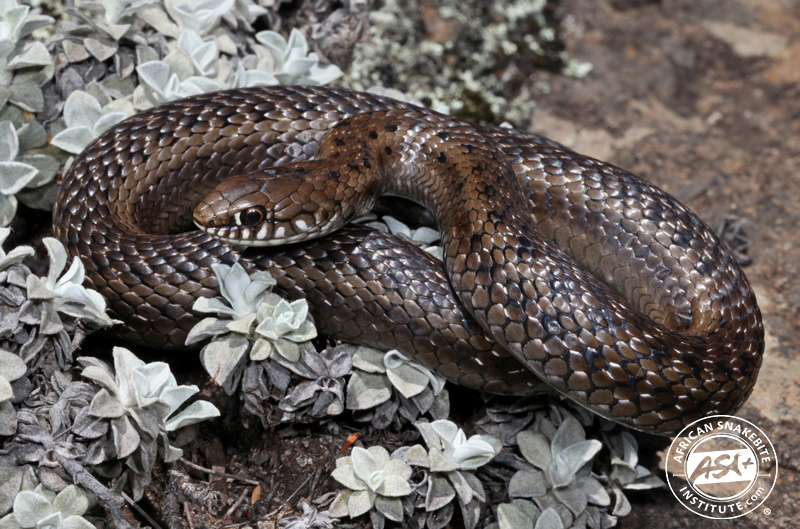