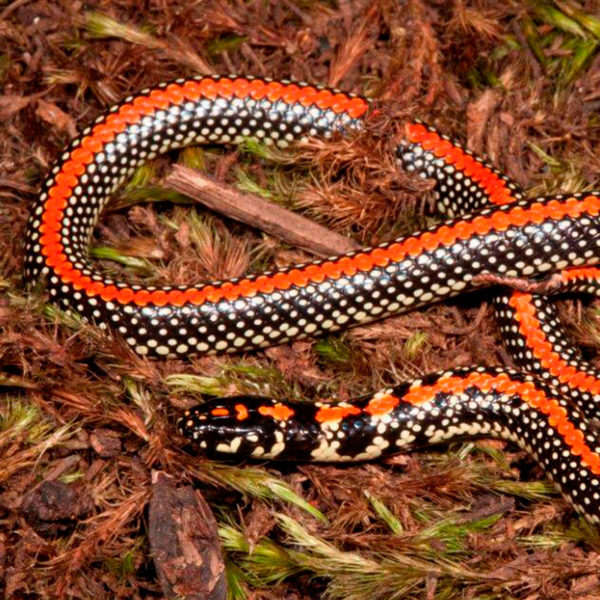 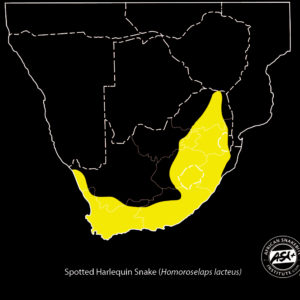 Map indicating the distribution of the Spotted Harlequin Snake in Southern Africa.

These colourful little snakes average 30 – 40 cm with a maximum length of 65 cm. They vary greatly in colour, depending on locality and are found in fynbos, lowland forest, moist savanna and grassland.

The Spotted Harlequin Snake is quite common in some areas and is found in deserted termite mounds, under rocks and building debris. When exposed it will wriggle violently to escape. It feeds on legless skinks, blind snakes, other snakes and small lizards.

Little is known of the venom of this snake and it is believed to be mildly cytotoxic, causing mild pain and swelling. Antivenom is not required, nor effective and bites must be treated symptomatically. 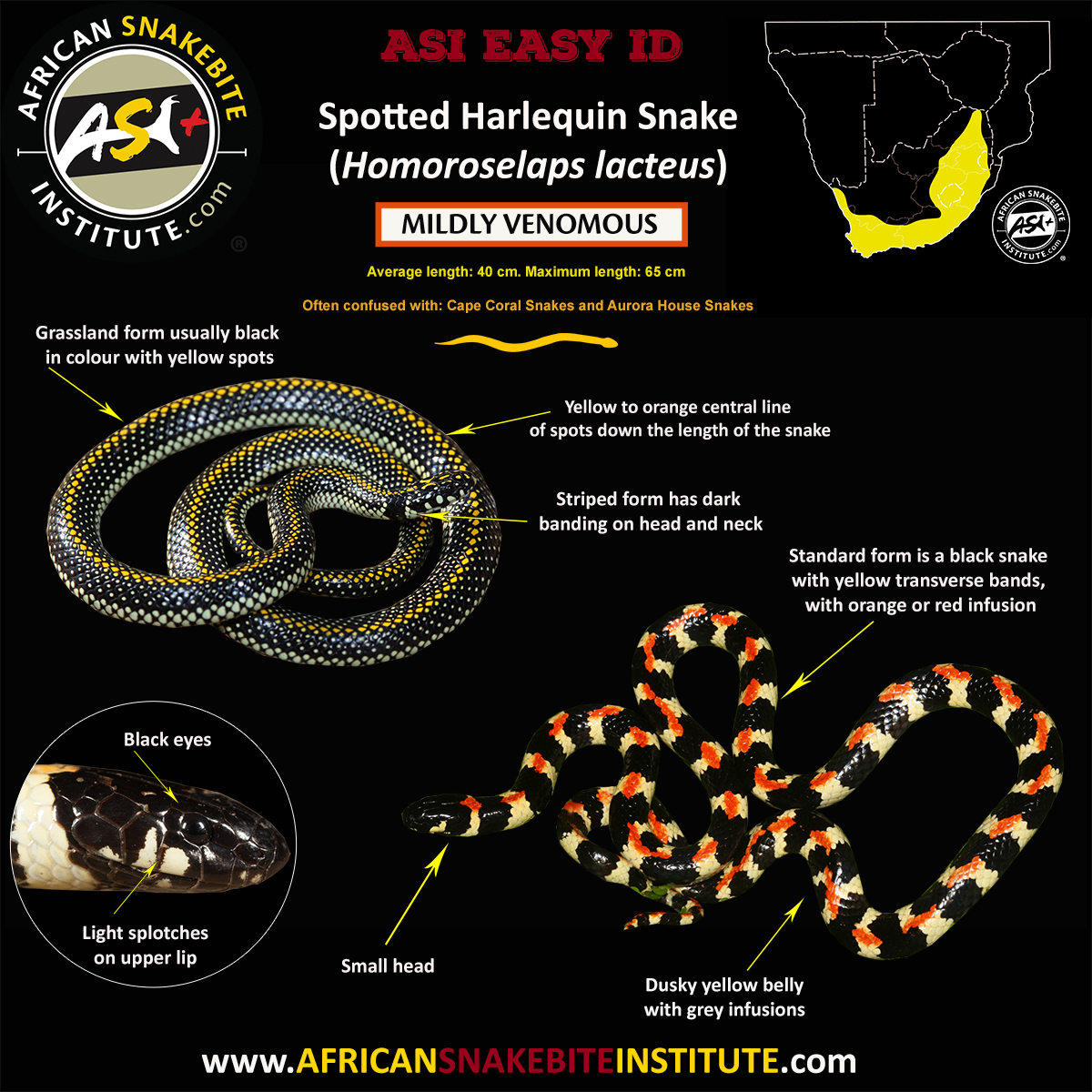 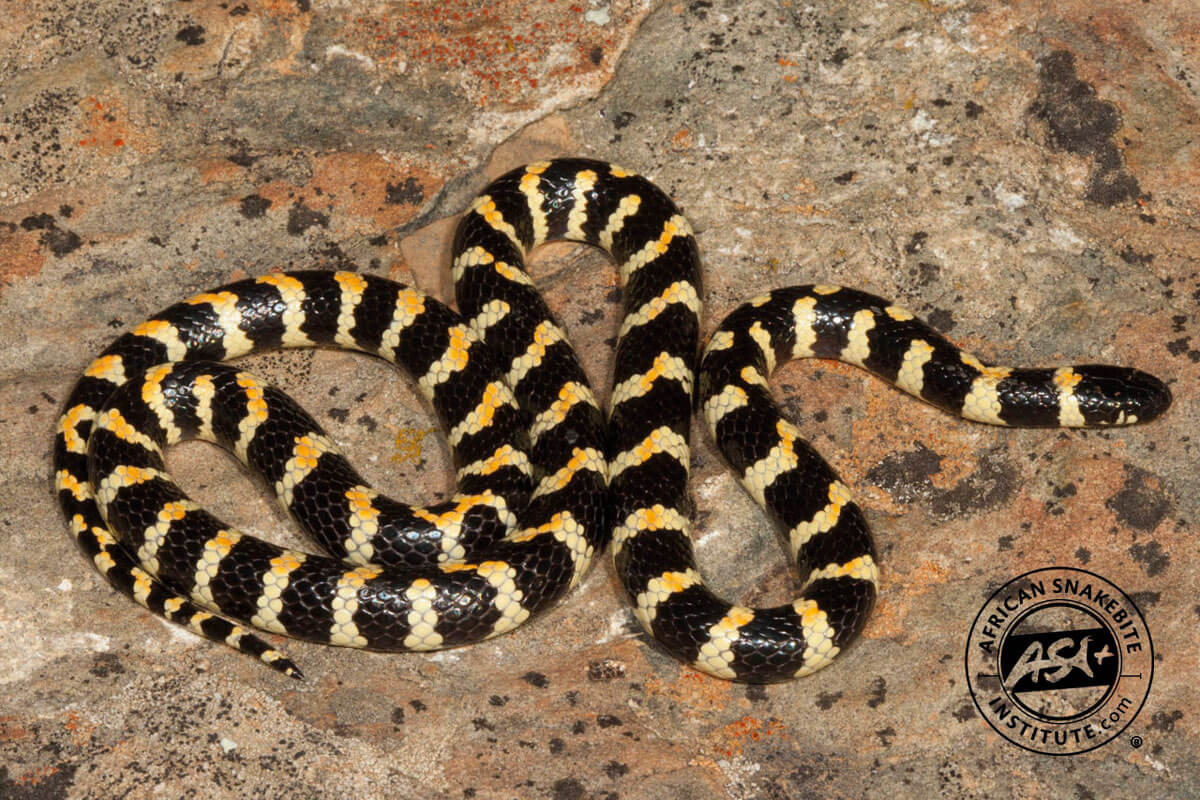 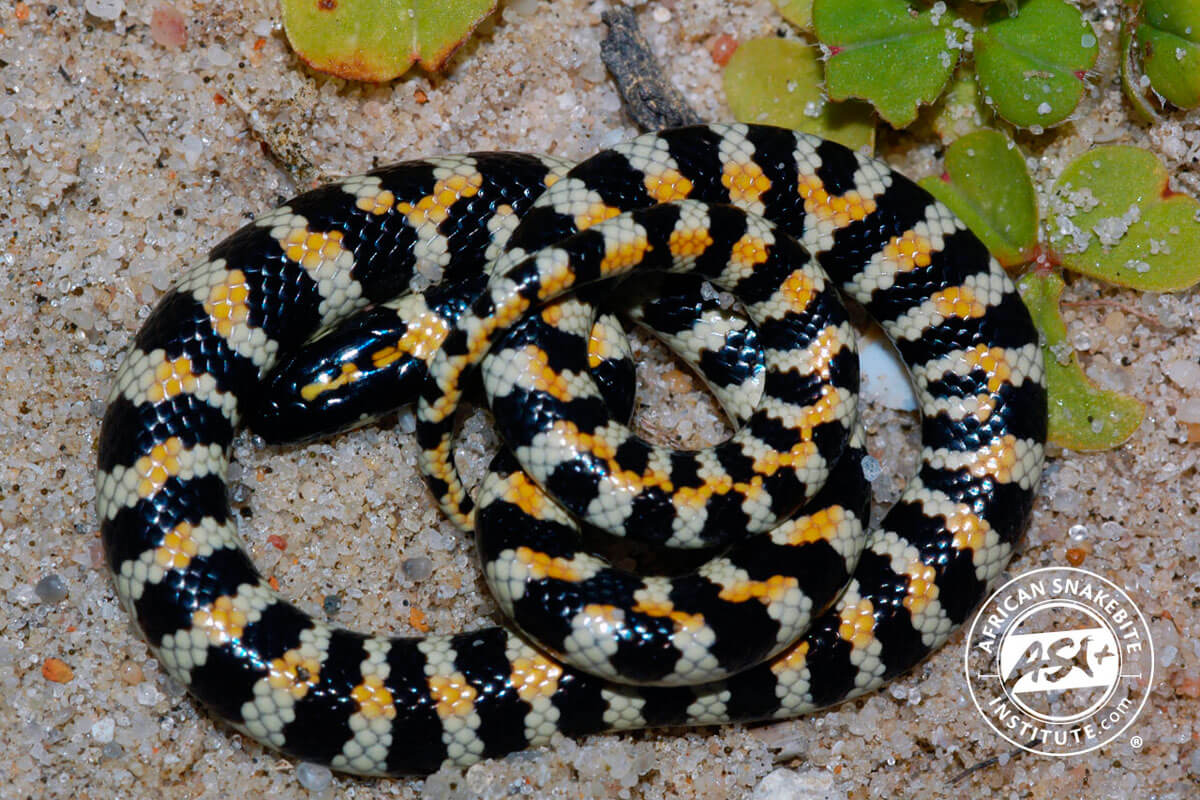 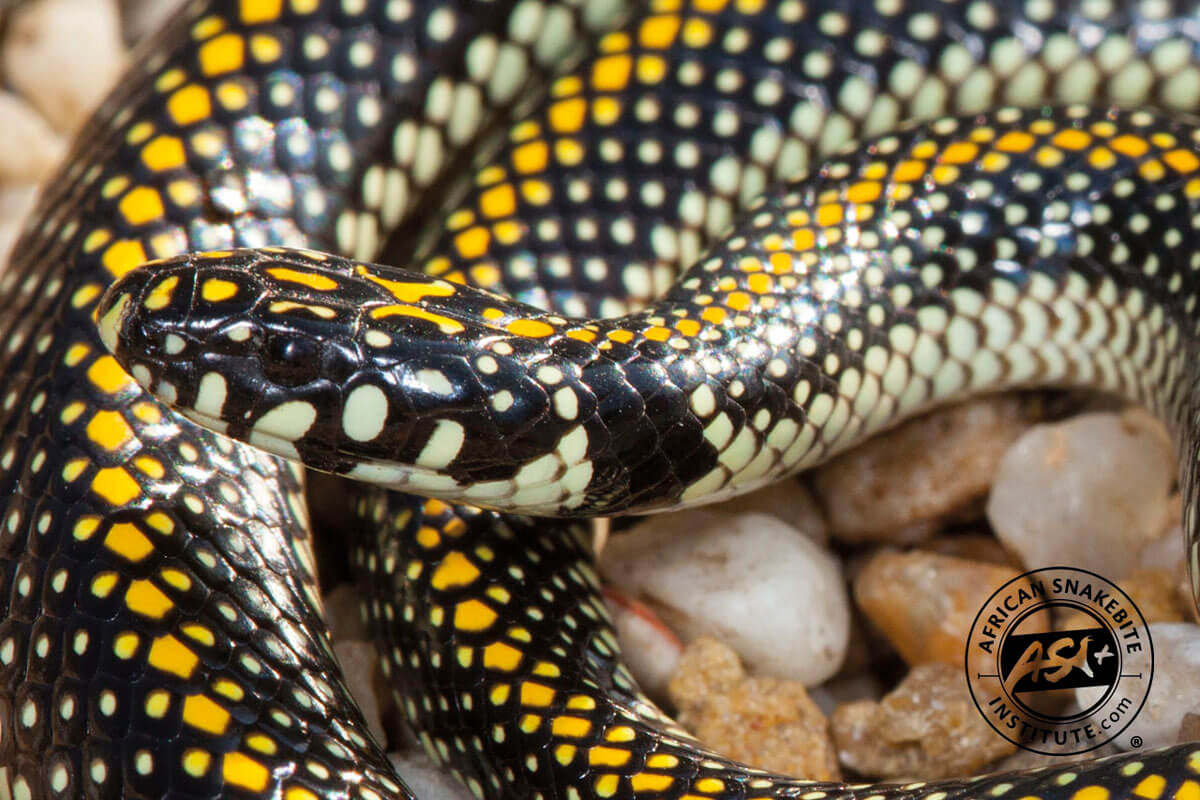 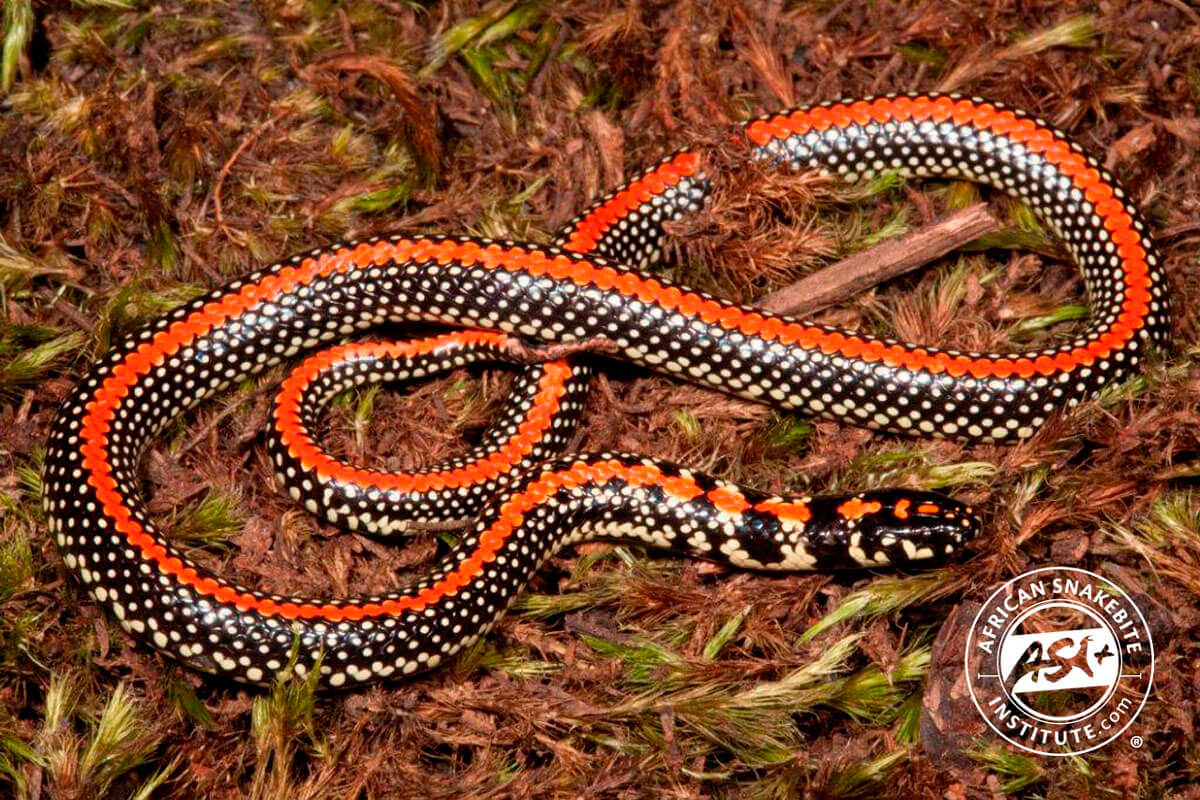 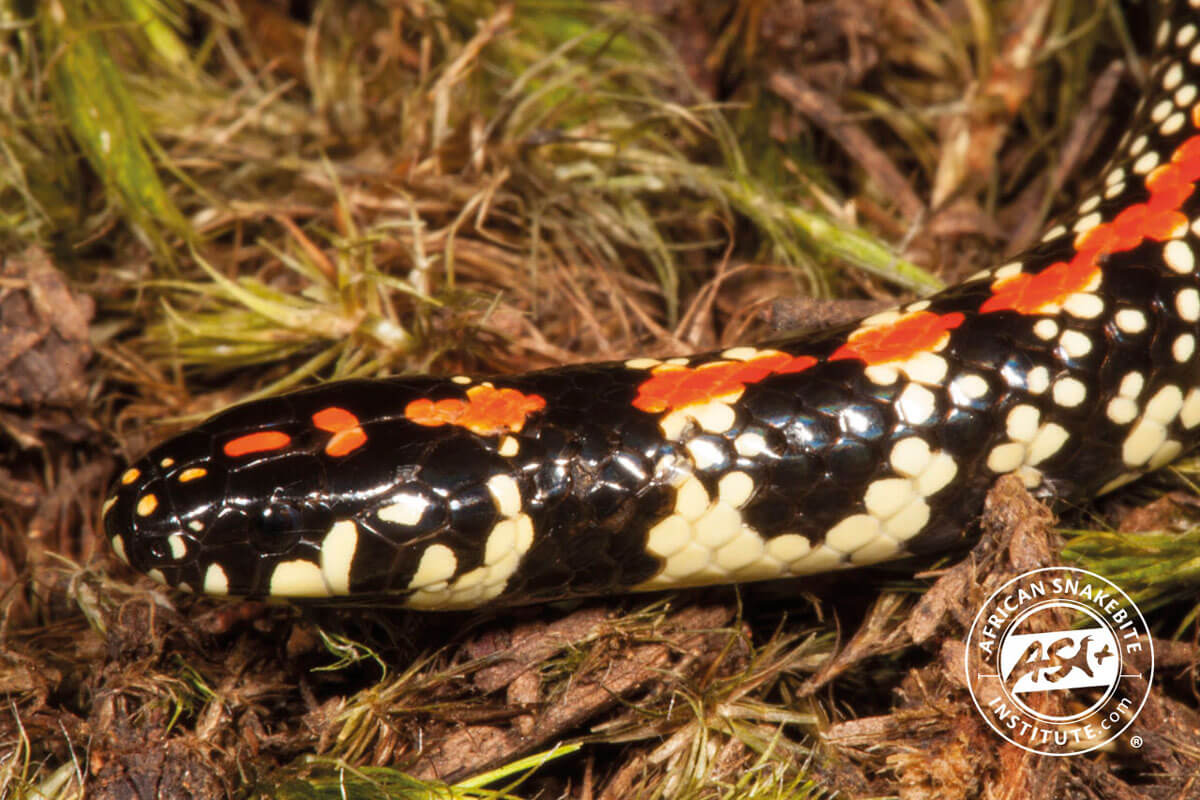