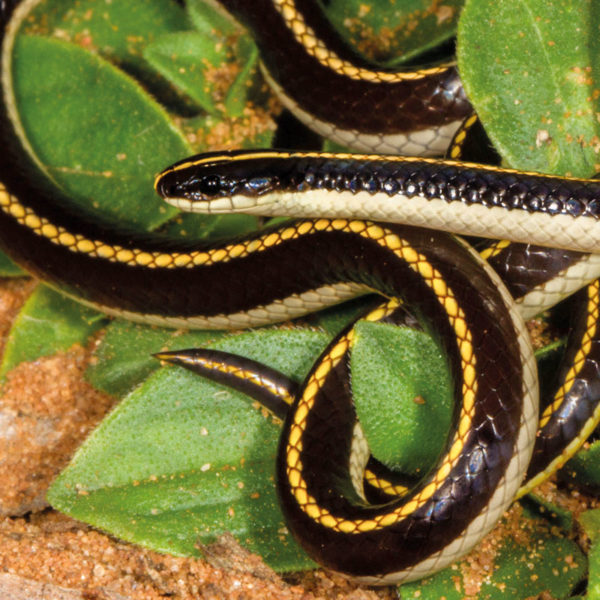 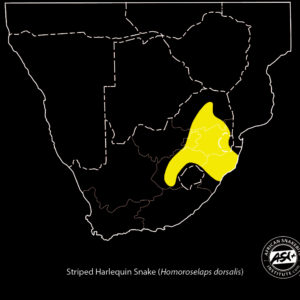 Map indicating the distribution of the Striped Harlequin Snake in Southern Africa.

A small elapid averaging 20 cm with a maximum length of 32 cm. This endemic snake is currently listed as Near Threatened in the latest Reptile Atlas.

This small, slender snake is rare and is seldom seen. It is partly fossorial and occasionally found in termite mounds in grasslands. With the dark upper half of the body with a conspicuous yellow vertebral stripe from the tip of the nose to the tip of the tail, it is not easily mistaken for another species.

Little is known of its diet other than that it feeds on Worm snakes of the genus Leptotyphlops and worms. Females produce 2 – 4 elongate eggs.

Because of the size of this snake its venom yield is minute and will have very little effect on humans. 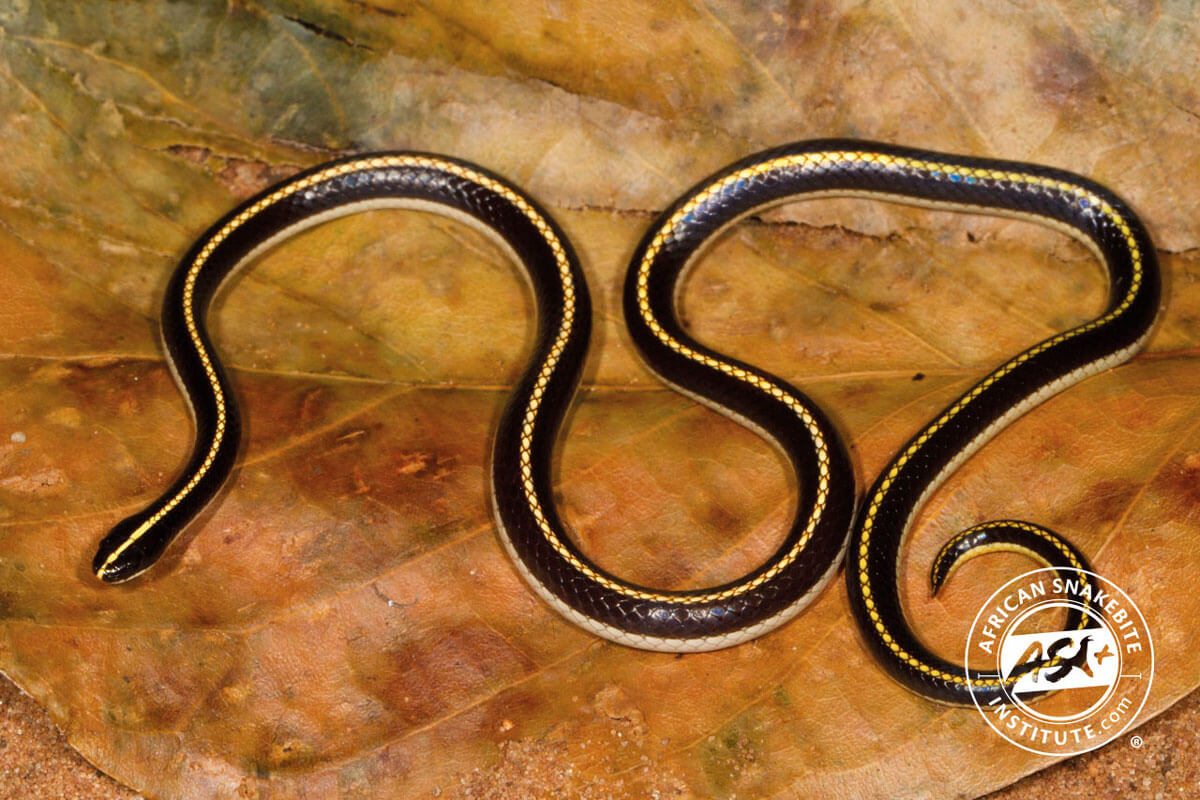 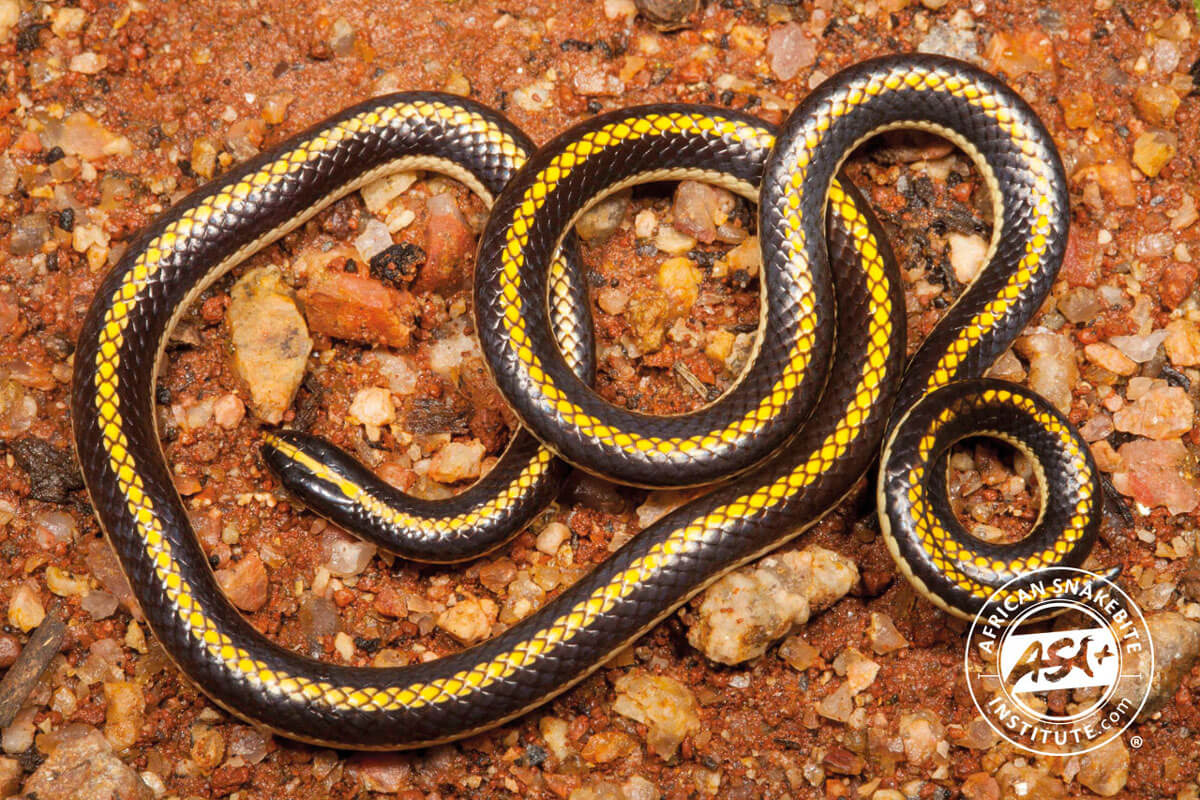 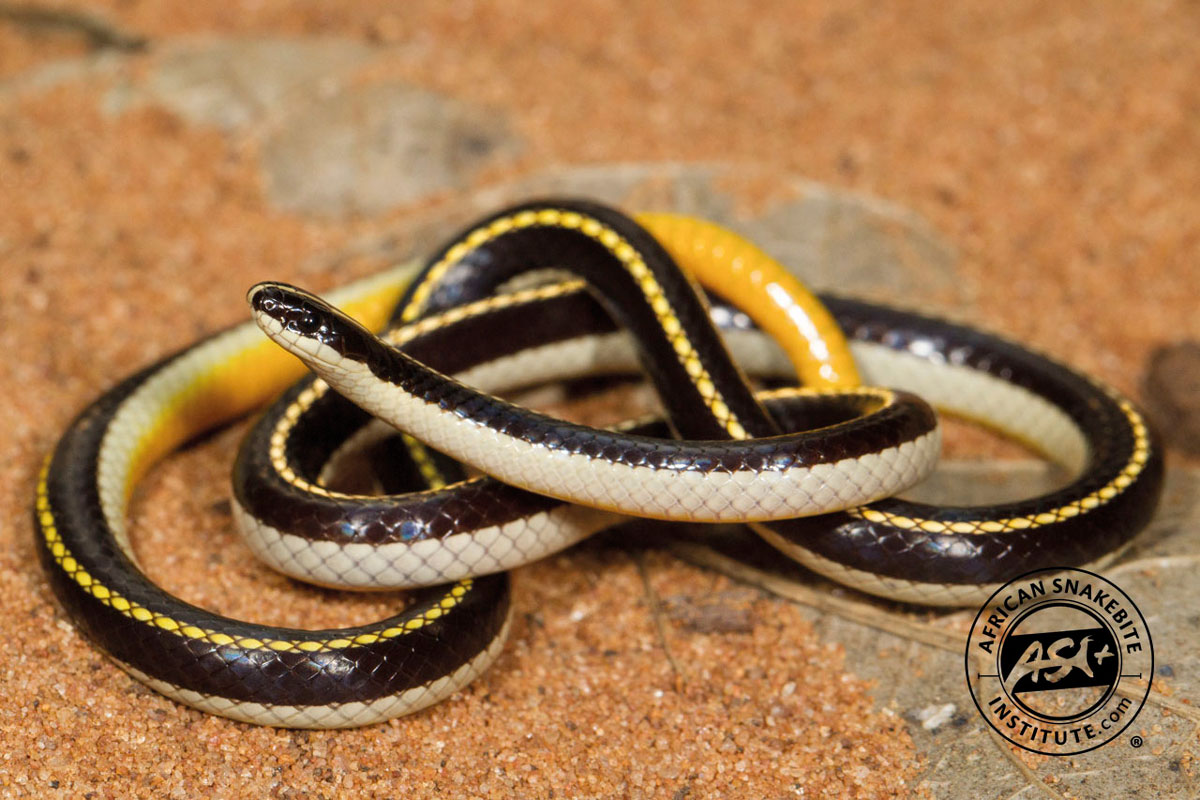 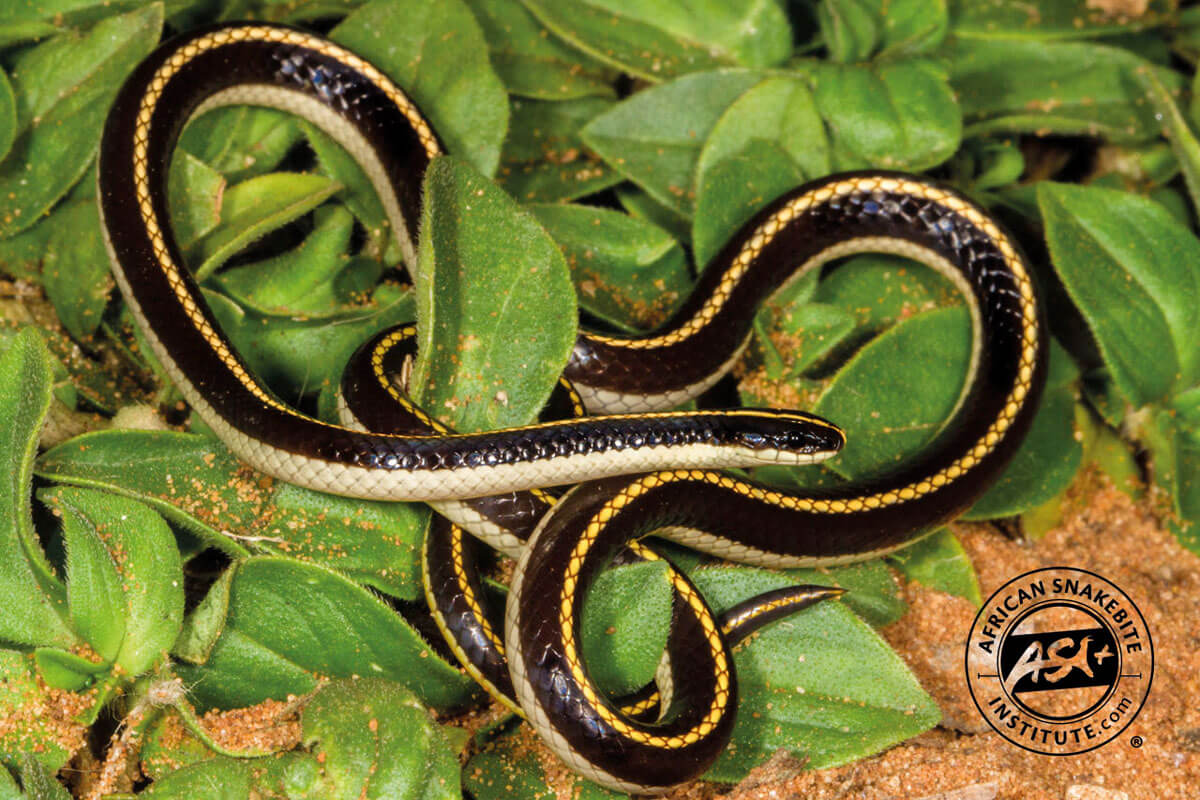