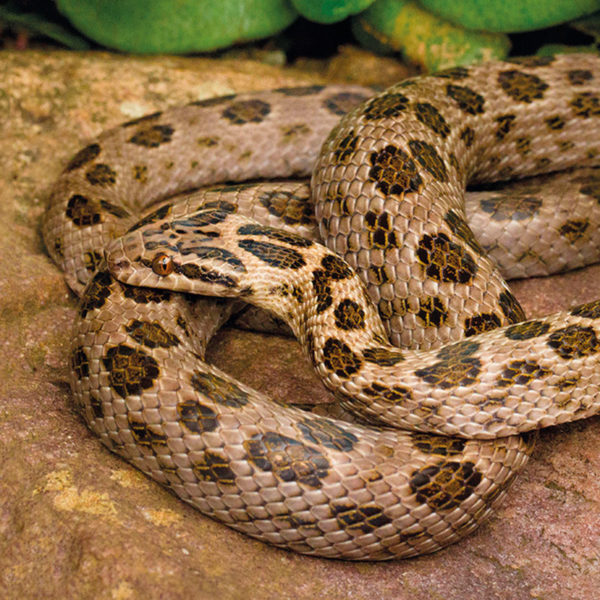 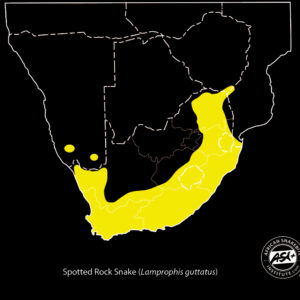 Map indicating the distribution of the Spotted Rock Snake in Southern Africa.

A smallish snake that averages around 50 cm in length but may reach 72 cm. The Spotted Rock Snake is a secretive snake that inhabits narrow rock crevices where it feeds on lizards, mainly geckos but may also take rodents and nestling birds. It hunts at night and may be found crossing roads. Over much of its range it is quite rare but in some areas, like Calvinia, it is abundant.

Females produce 3 – 6 eggs that measure 32 – 38 x 13 – 20 mm. There is a great deal of variation in colour throughout the range of this snake with most individuals a yellowish brown to pinkish grey above with reddish brown to dark brown blotches or spots that are arranged in adjacent alternate pairs that may form a zig-zag pattern down the back. 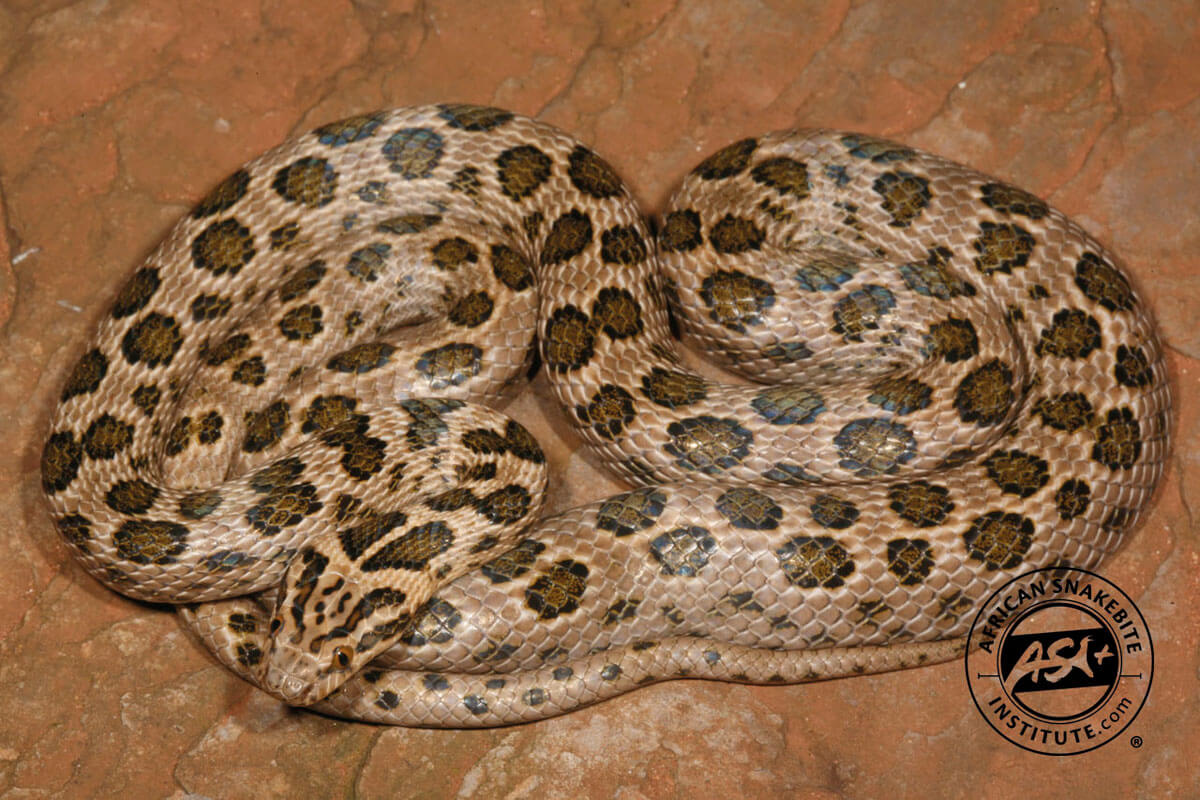 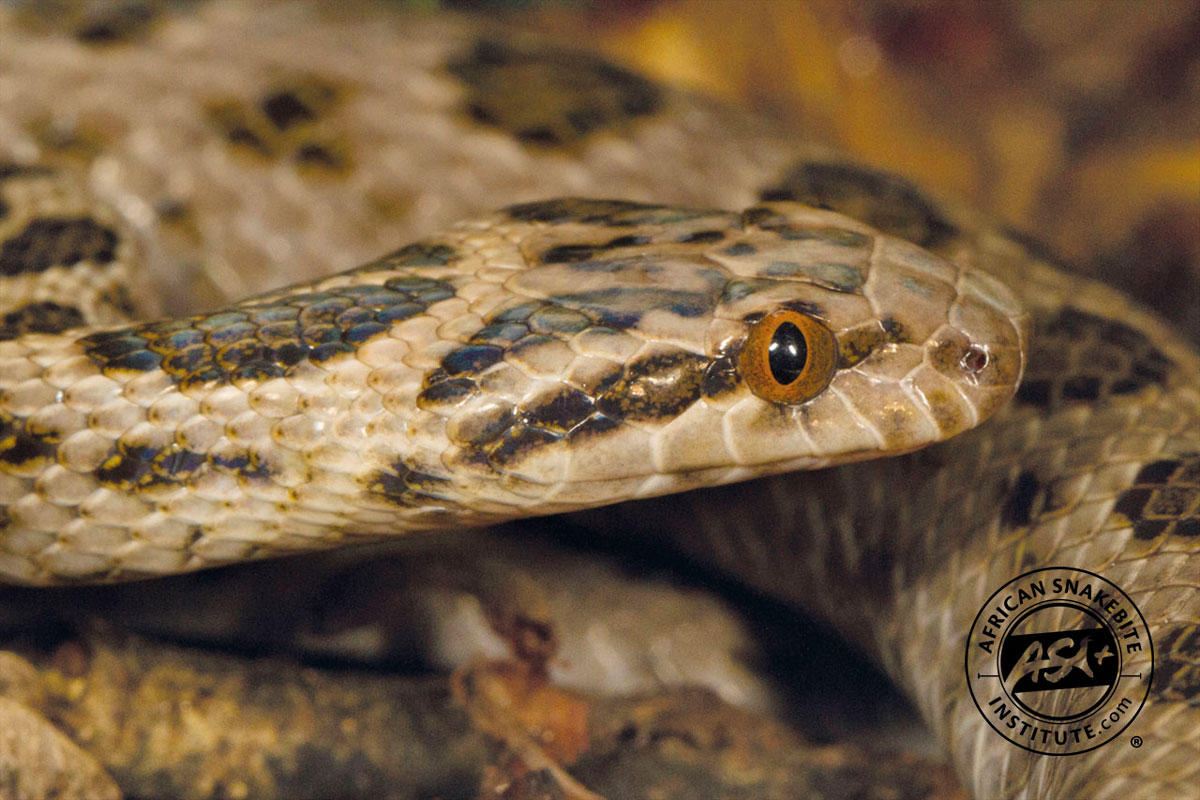 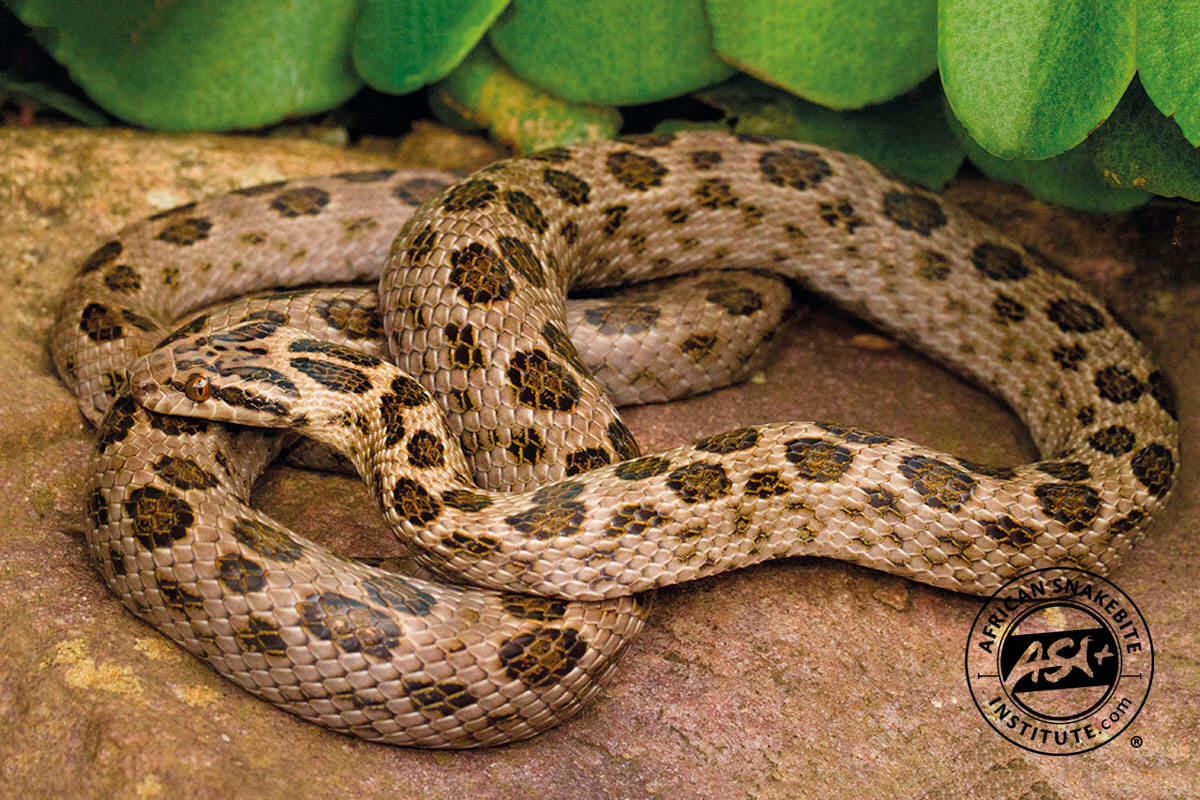