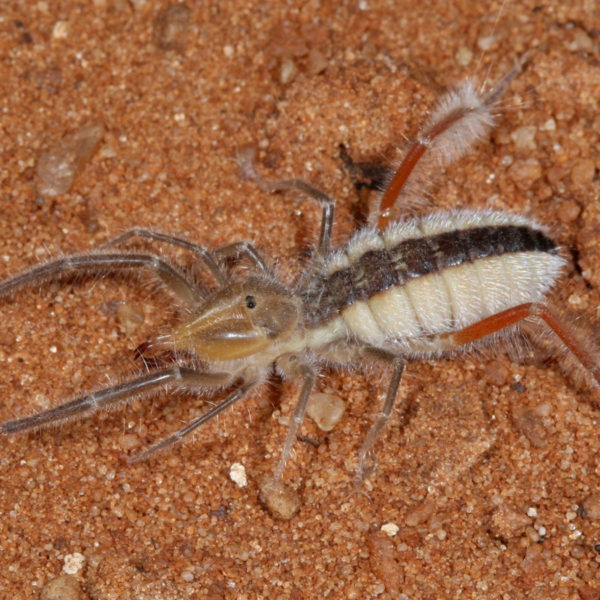 Also known as Red Romans, Sun Spiders, Kalahari Ferrari and Baardskeerder. These arachnids are not true spiders. There are more than a 1000 species worldwide, mainly occurring in dry regions. Solifuges are diurnal and nocturnal and are often seen scurrying across dirt roads. They seem to avoid sunlight, usually moving from shade to shade,  often running towards peoples’ shadows, giving the impression they are chasing you, which is not true. They are ferocious hunters, feeding on anything they can overpower. They have large, strong jaws which they use to crush and eat prey. They are not venomous and bites from these animals are purely a painful nip. 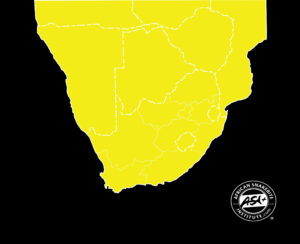 Map indicating the distribution of Solifuges within Southern Africa. 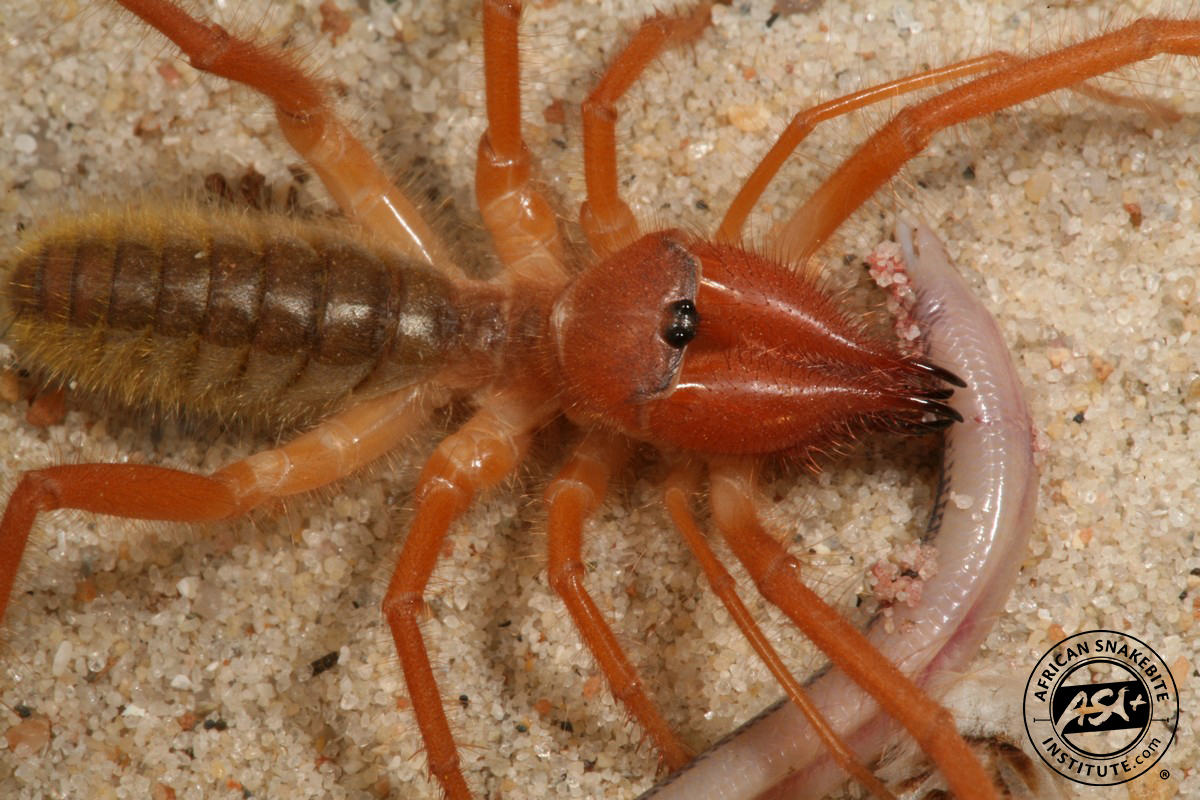 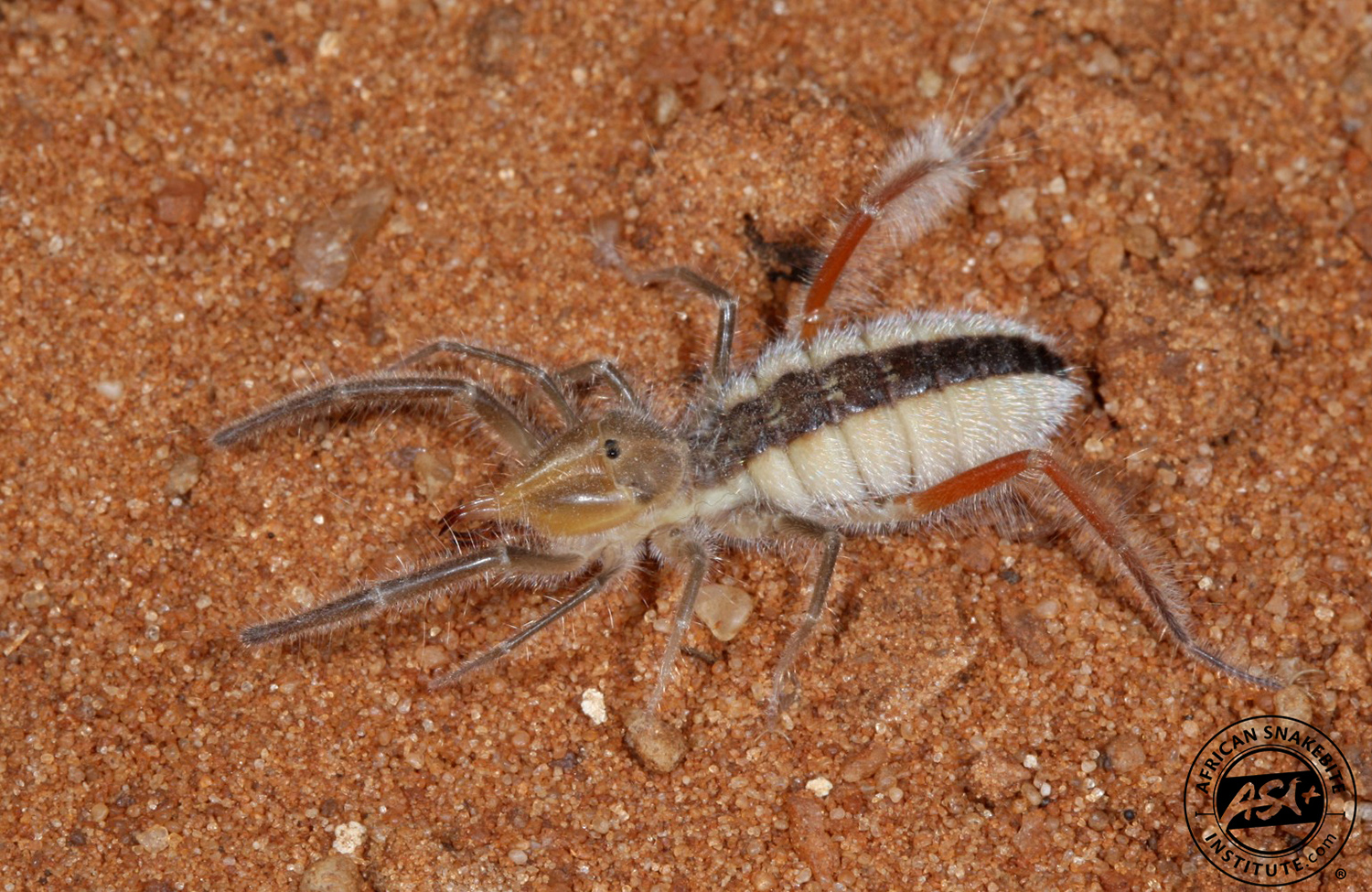