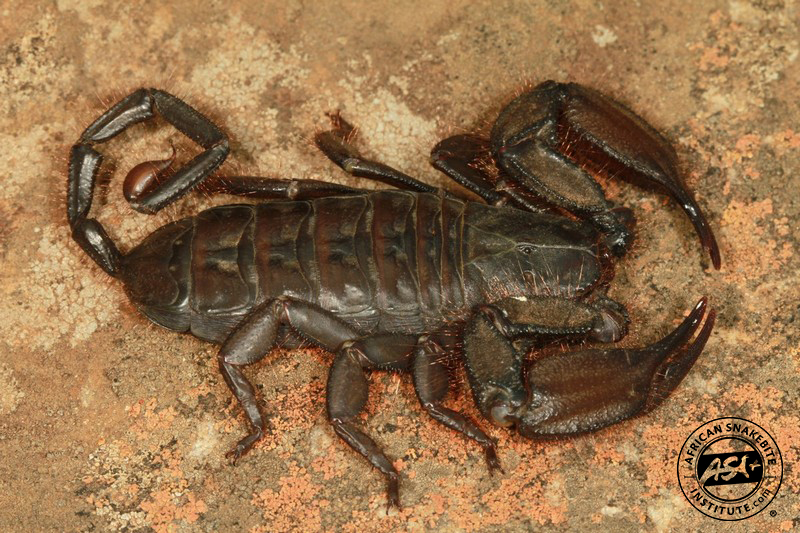 A medium sized scorpion of around 7 cm with the tail extended. This species is usually black in colour often with a light telson (stinger).

It is known from the Magaliesberg Mountains and ridges around Gauteng. It lives in rock cracks in rocky areas, koppies and mountains sometimes taking refuge in rock exfoliations.

It may be confused with other Flat Rock Scorpions.

The venom is of little importance to humans with a slight stinging sensation, less than a bee sting in strength. 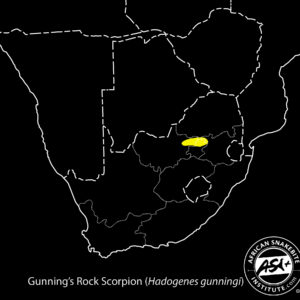 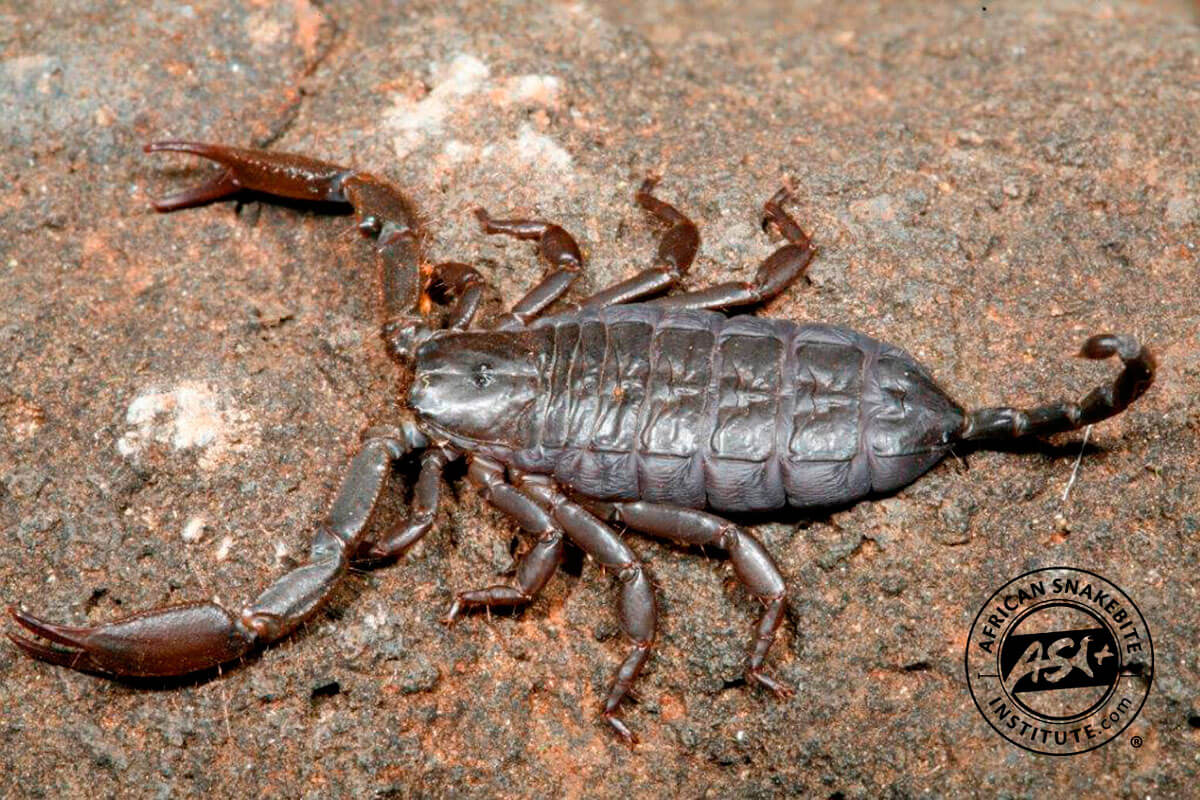 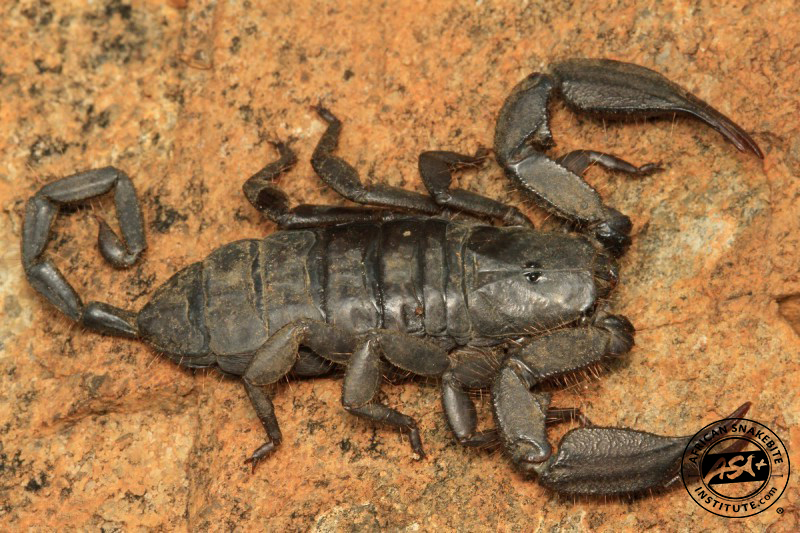