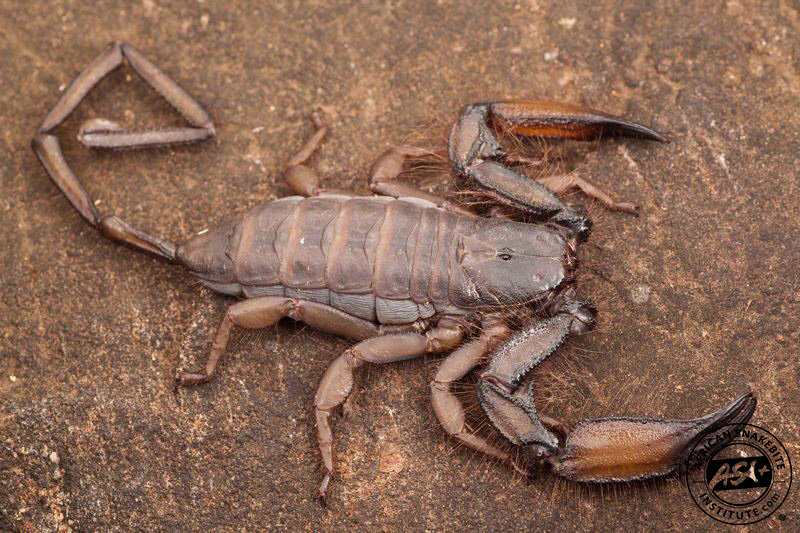 This is the largest scorpion in Africa, with males reaching around 22 cm! It is usually black or dark brown to light brown, sometimes with yellow legs.

It is known from Limpopo province, reaching the northern parts of North-west and Mpumalanga provinces. It occurs up into Botswana and Zimbabwe and western Mozambique. It lives in rock cracks in koppies and mountain ranges.

It may be confused with other Flat Rock Scorpions.

The venom is of little importance to humans with a slight stinging sensation less than a bee sting in strength. 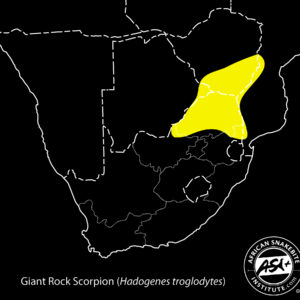 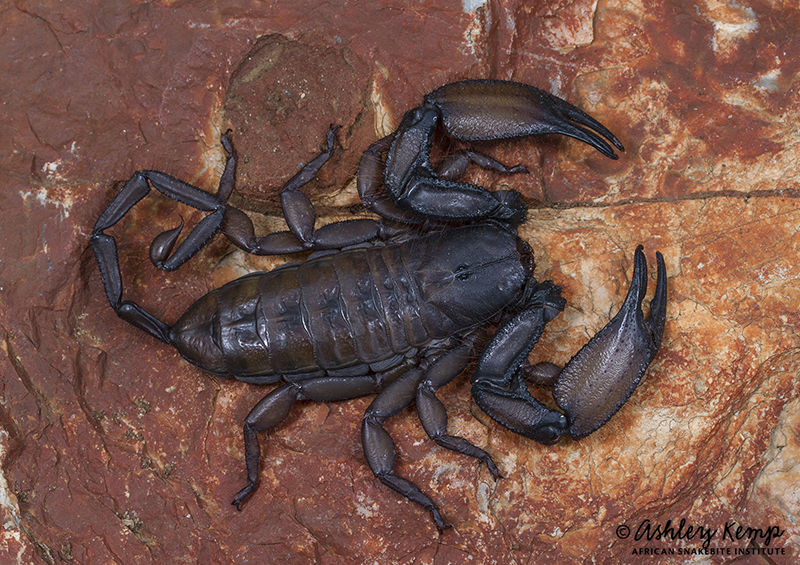 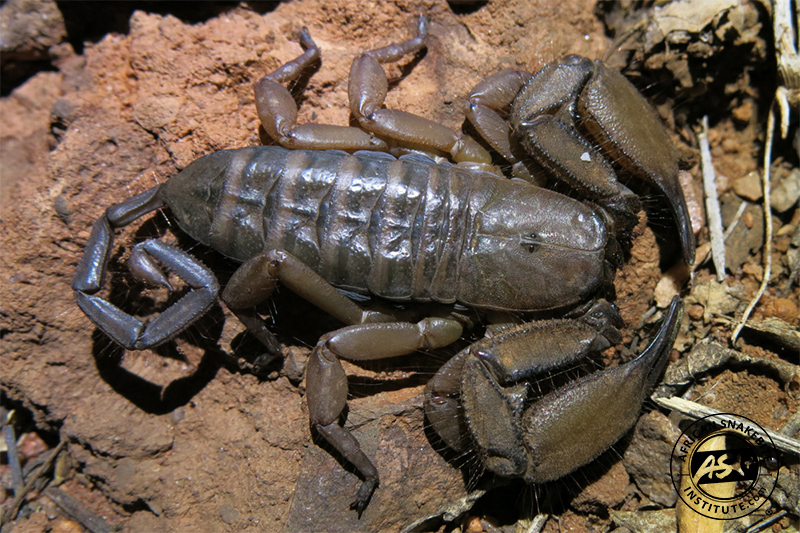