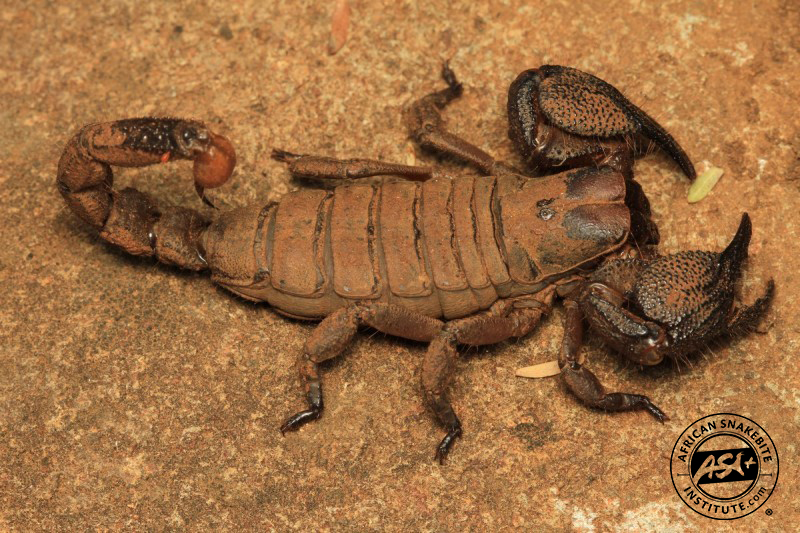 A medium sized scorpion of around 7 cm with the tail extended. It is dark brown to black, but usually has a muddy appearance from the dirt. Pincers are usually darker than the body and the legs and tail tip are often lighter than the body.
It is common under rocks and logs where it burrows. The entrances of the burrows often have old pieces of millipedes at the entrance. It is found around Gauteng usually on rocky koppies and ridges. It is found in Gauteng, the northern Free State and North-west provinces.

It may be confused with other Burrower Scorpions but has a restricted range. 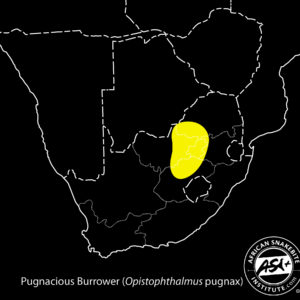 Map indicating distribution of the Pugnacious Burrower in Southern Africa 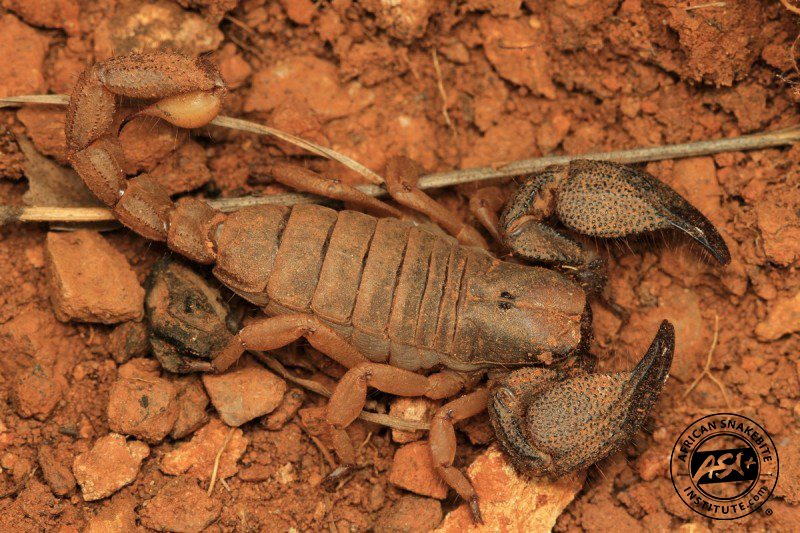