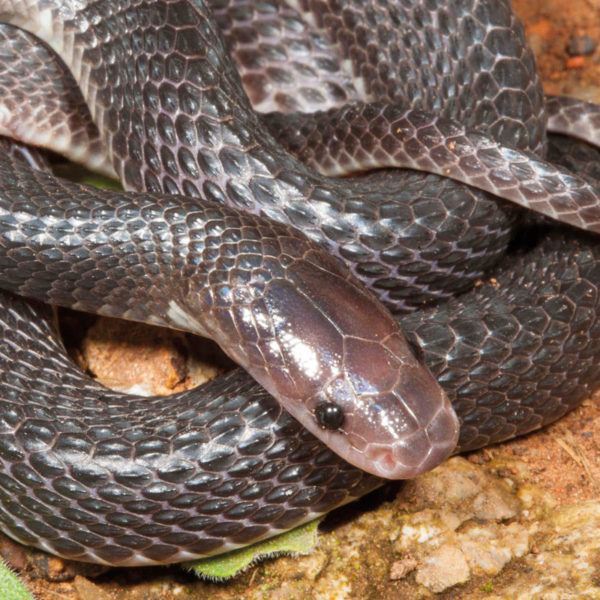 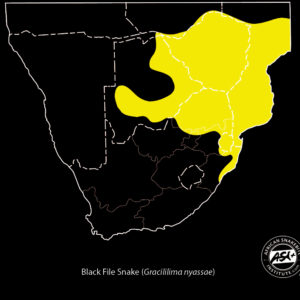 Map indicating the distribution of the Black File Snake in Southern Africa.

One of the smaller File snakes that averages 50 cm and with a maximum length of 65 cm. The Black File Snake is of relatively rare occurrence but is often caught in funnel traps during reptile surveys. It is strictly nocturnal when it actively hunts for prey such as lizards and frogs. When confronted it moves in jerky movements and will hide the head under its coils. At night this harmless snake is easily confused for the venomous Stiletto snake.

Females produce 2 – 6 eggs in summer. Unlike the Common File snake, this snake lacks the light dorsal stripe but has the characteristic triangular body. It is usually uniform purple-brown to blackish above with mauvish pink skin between the scales. The belly is dark olive to black or yellowish white to white. 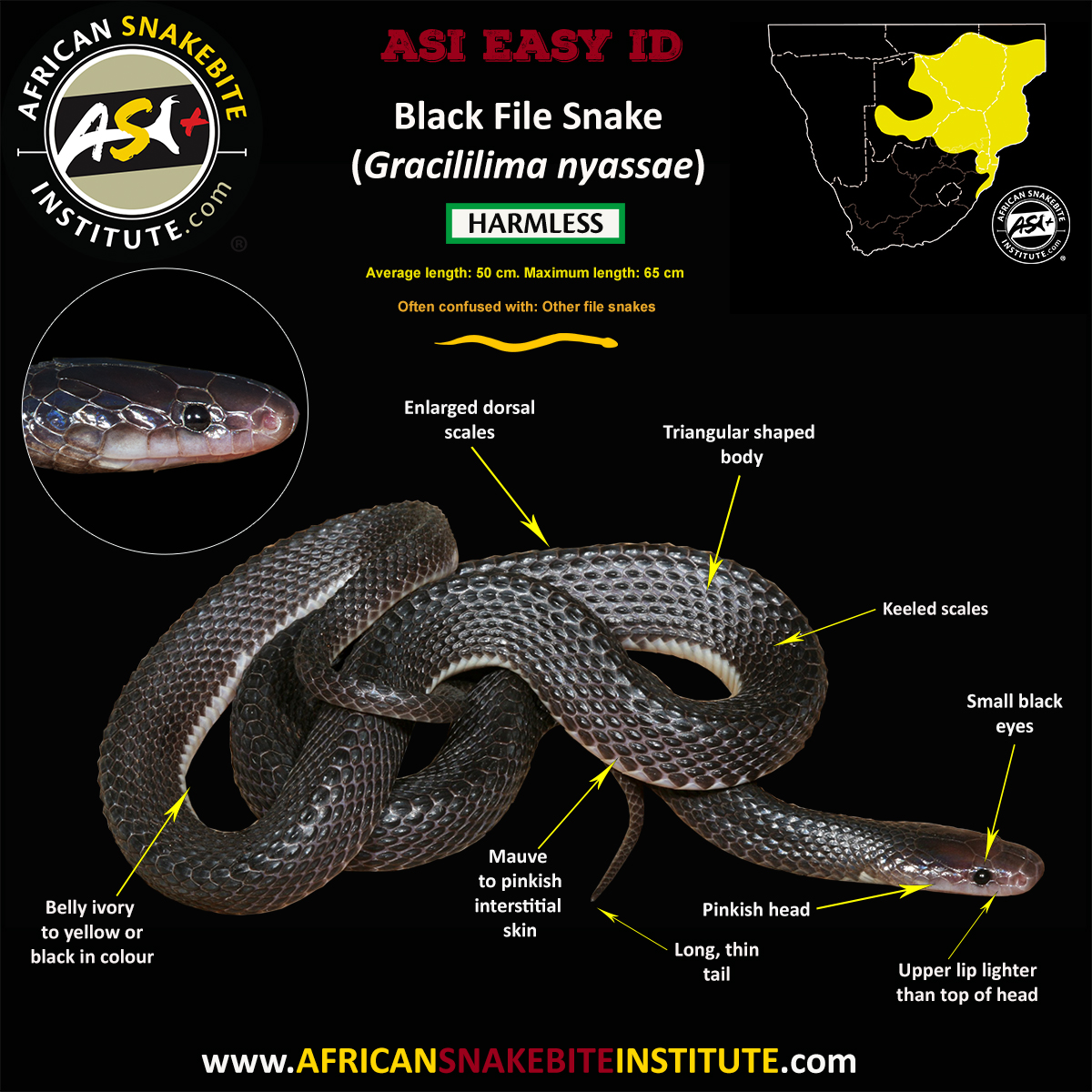 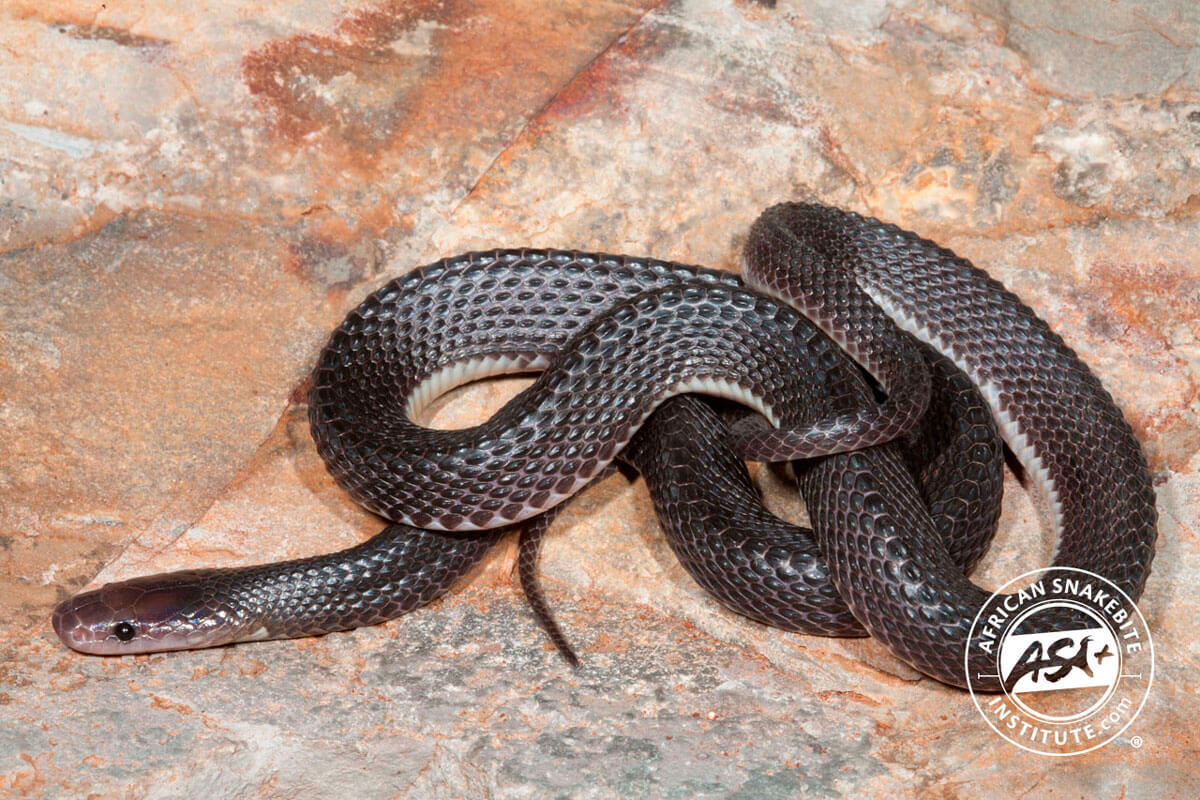 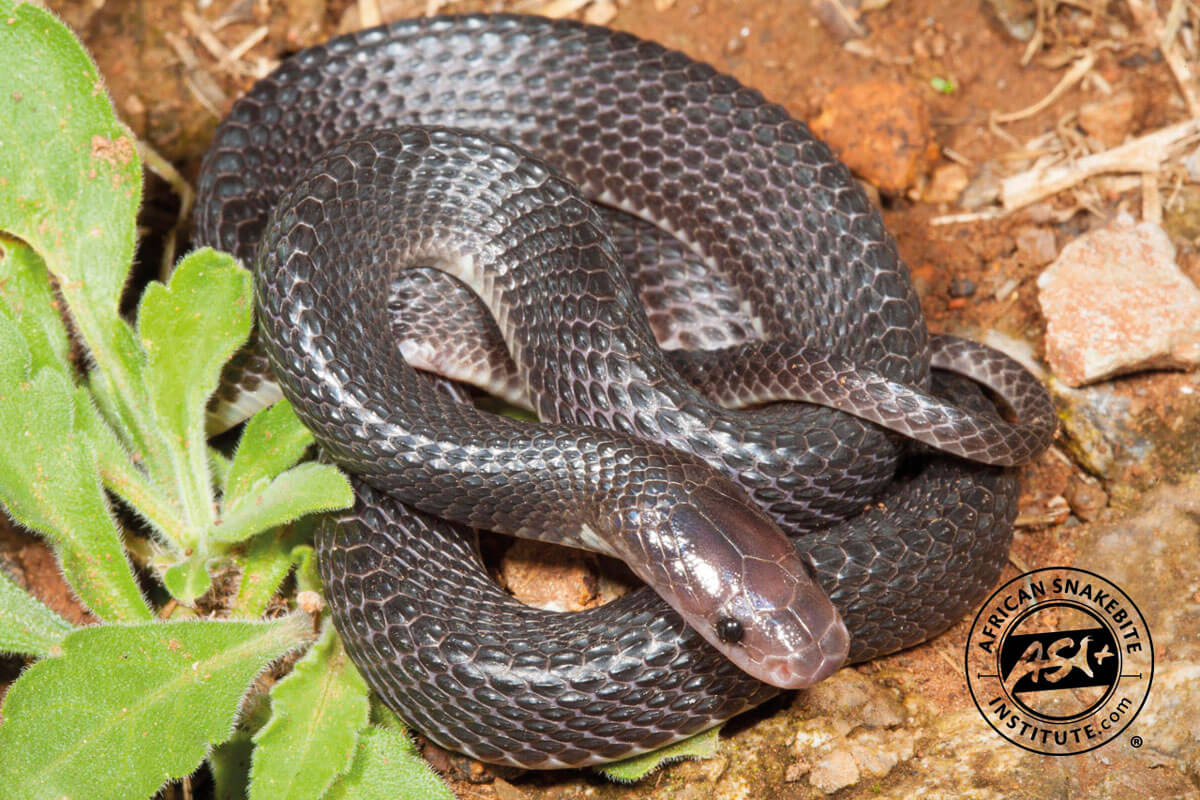 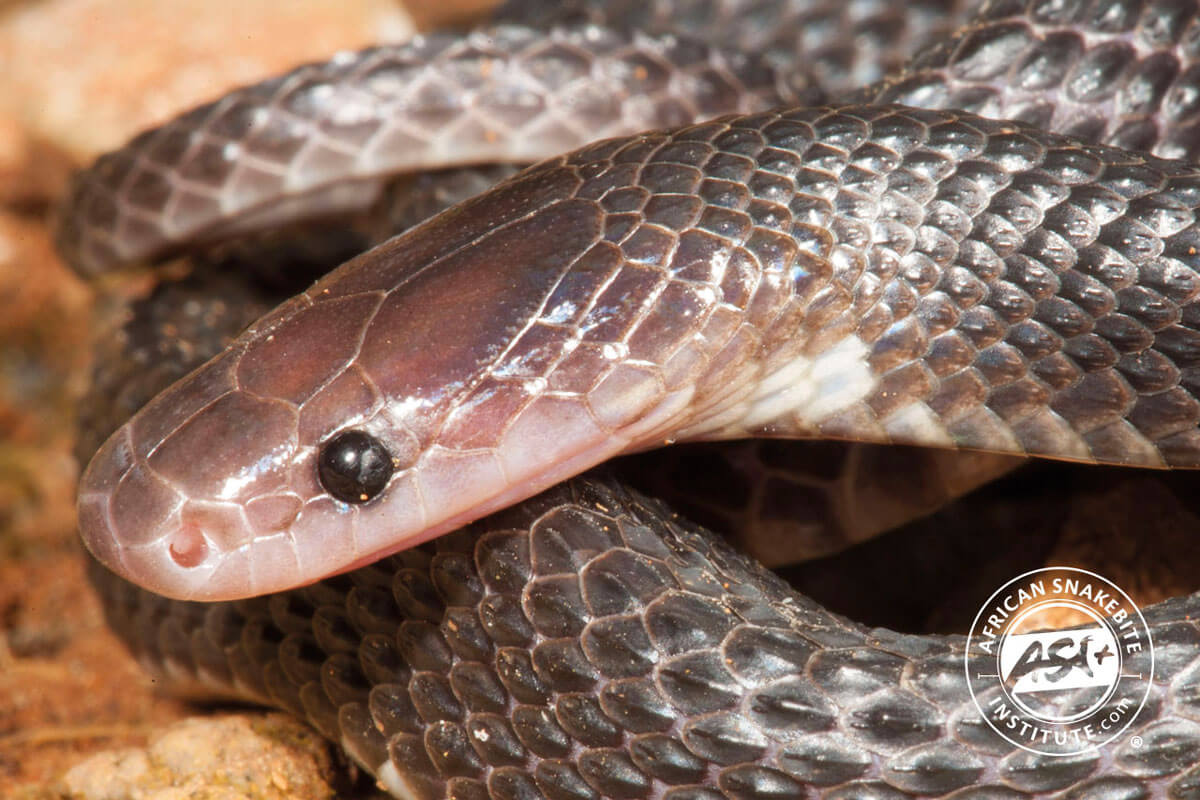 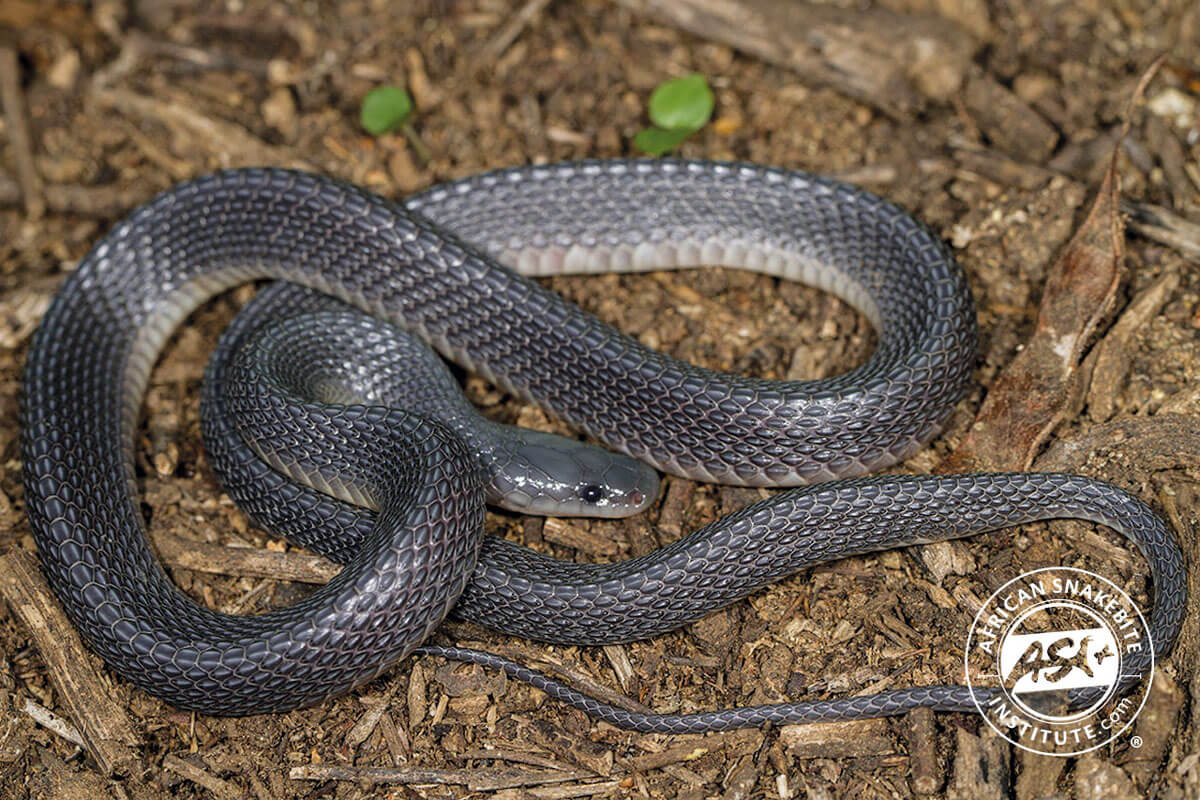 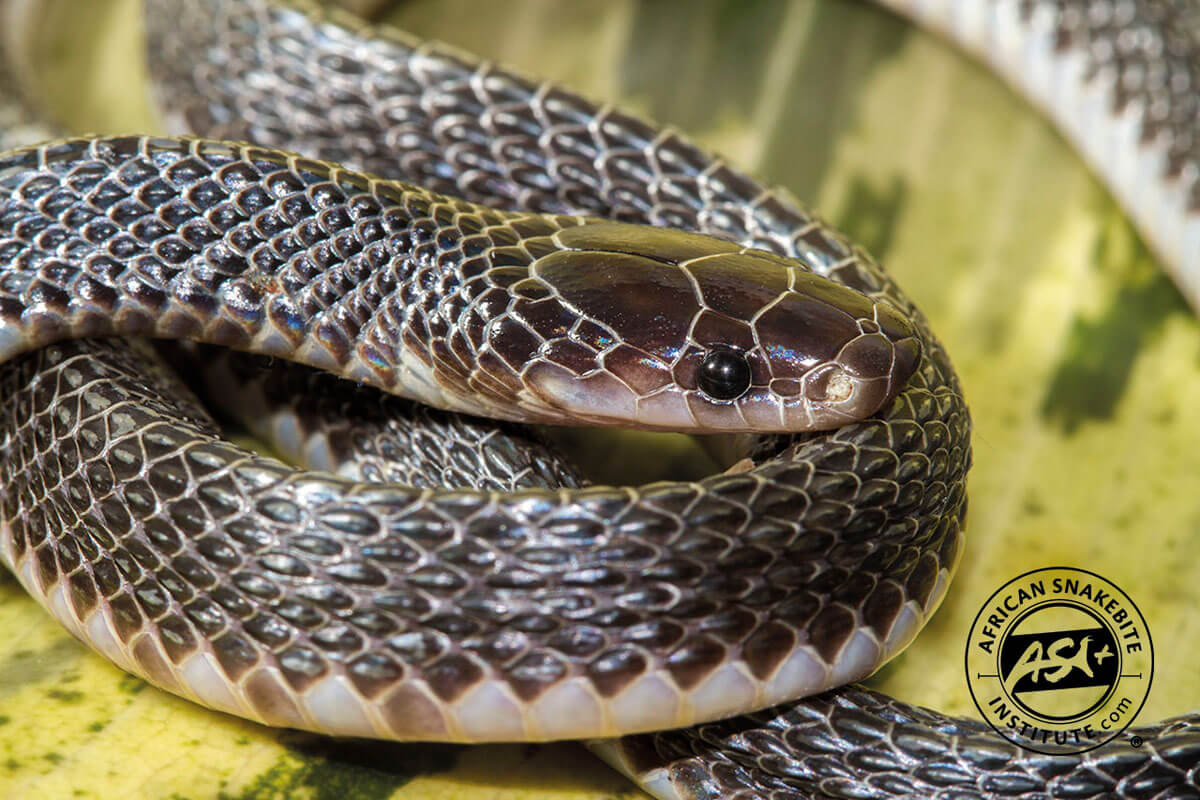