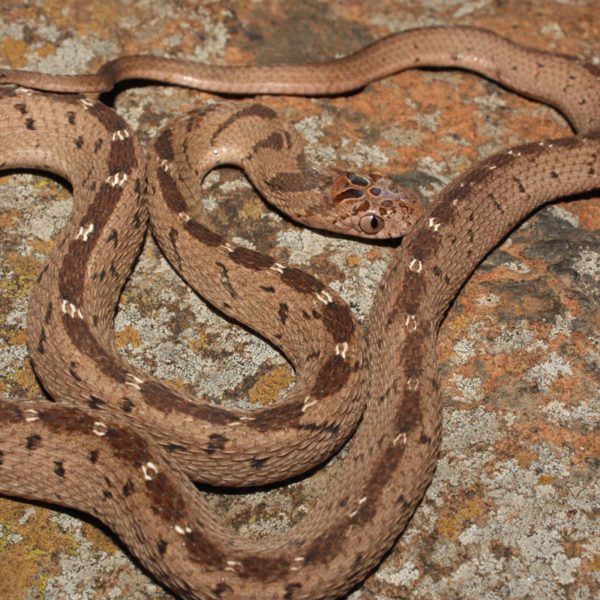 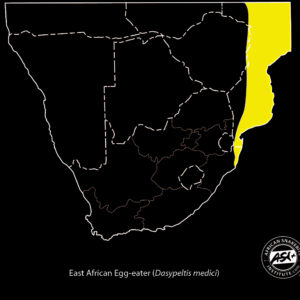 Map indicating the distribution of the East African Egg-eater in Southern Africa.

A harmless egg specialist that averages 60 cm but may reach 90 cm in length. This snake occurs from St. Lucia Village in Zululand northwards into Mozambique, eastern Zimbabwe and elsewhere further north where it favours lowland evergreen forest and moist savanna.

Like the Common Egg-eater it will coil and uncoil when threatened or agitated, rubbing its strongly-keeled dorsal scales against each other to cause a rasping sound similar to a hiss. It will strike aggressively but is harmless and has no visible teeth.

Like other egg-eaters it will swallow a bird’s egg into the neck region and use bony protrusions in the vertebrate to crack the egg shell, it then crushes the egg and swallows the contents where after the crushed shell is regurgitated. 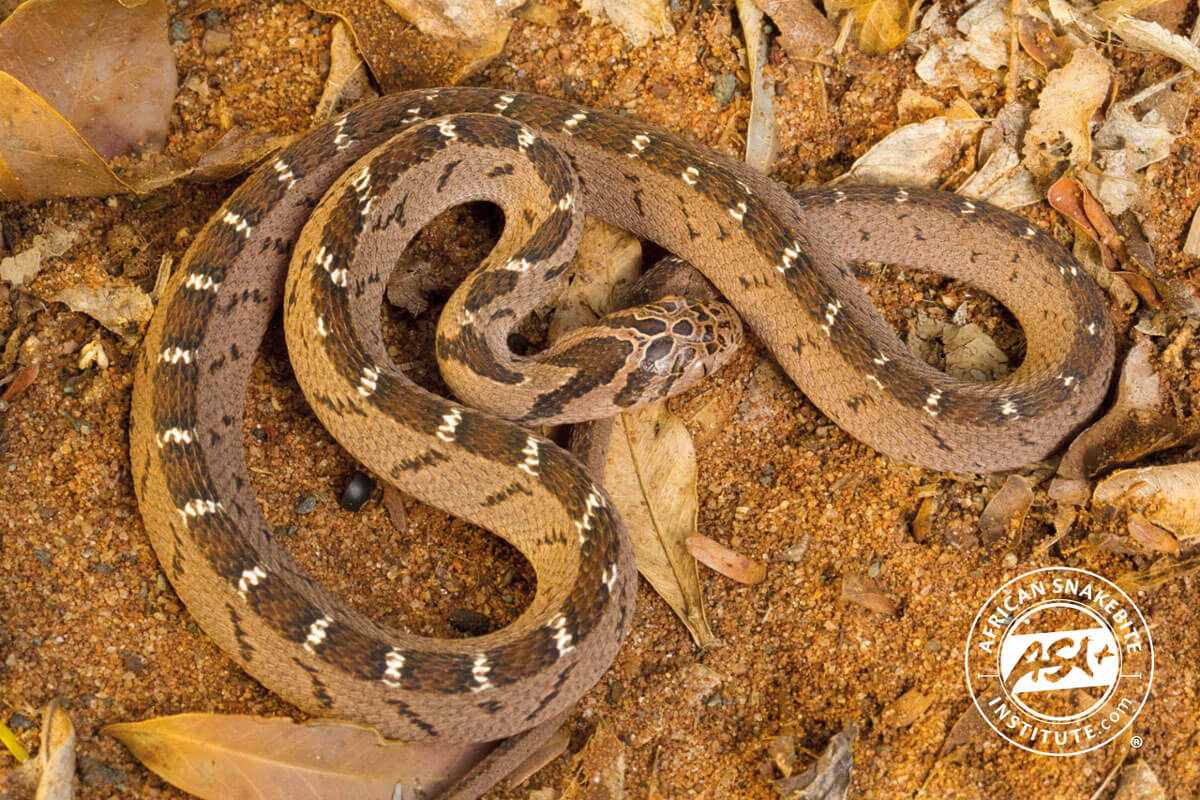 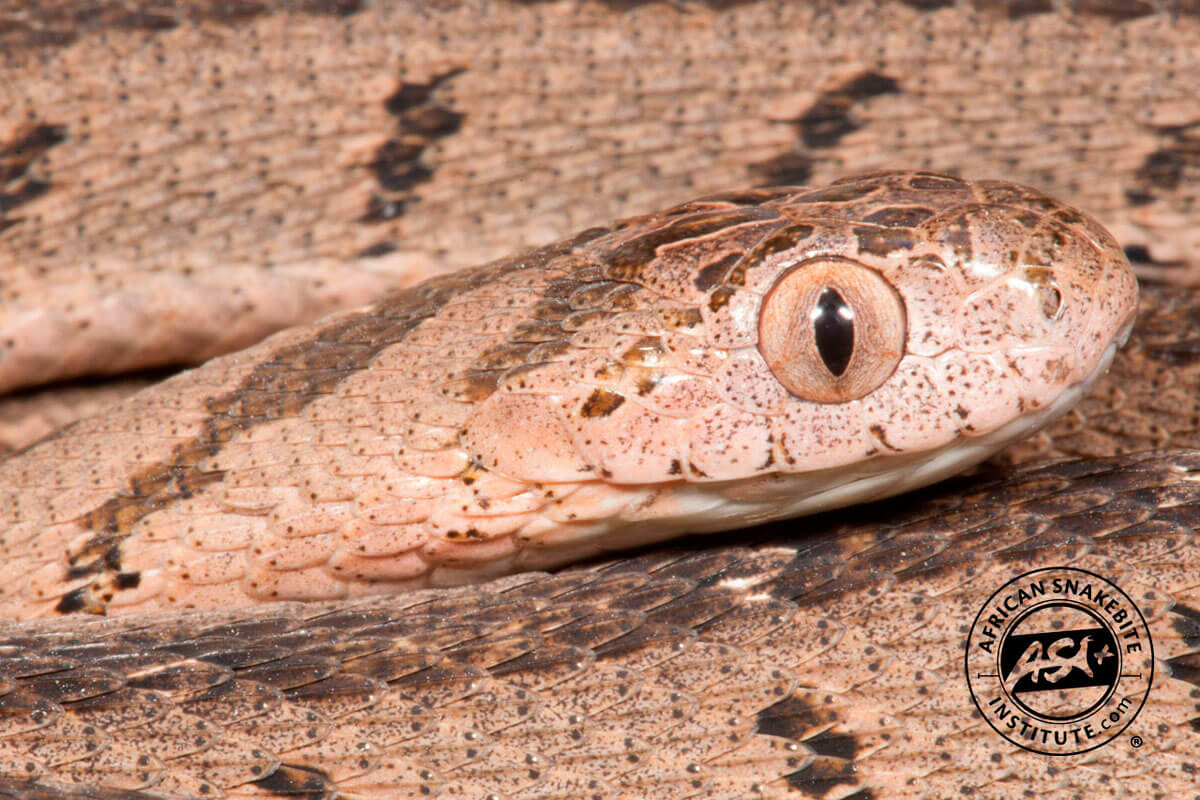 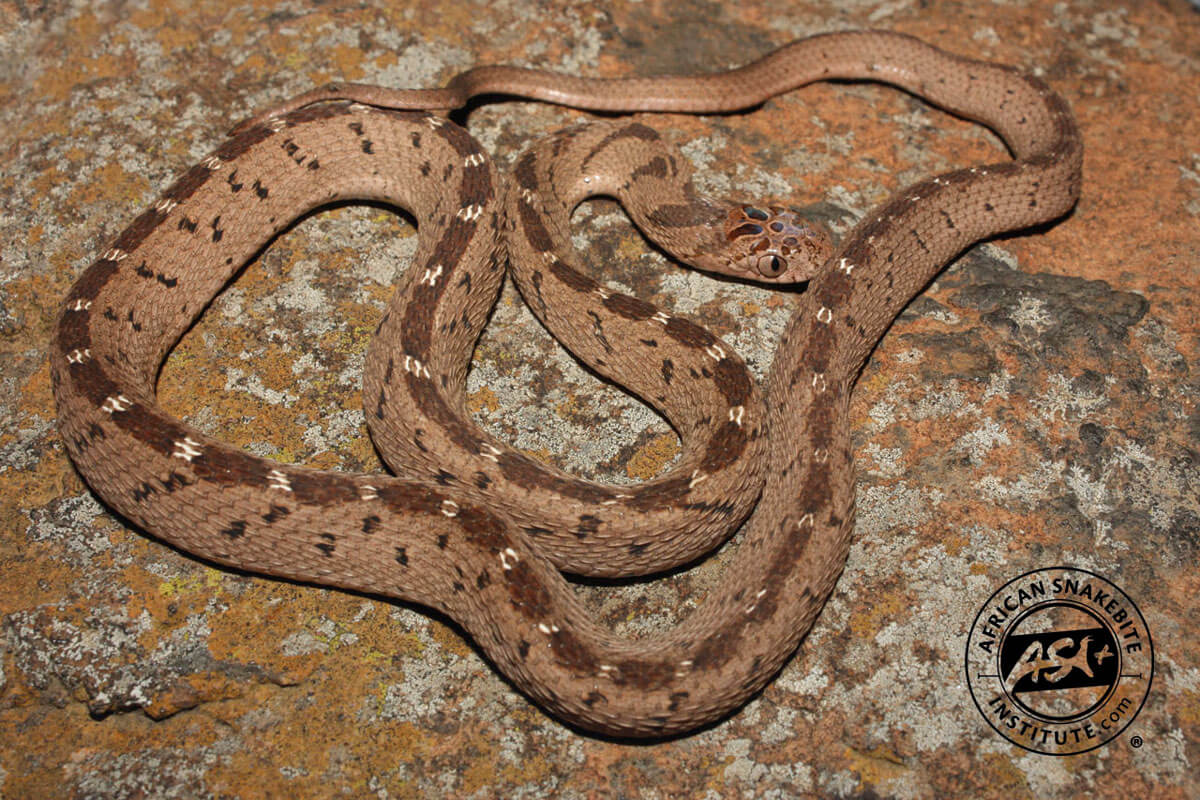 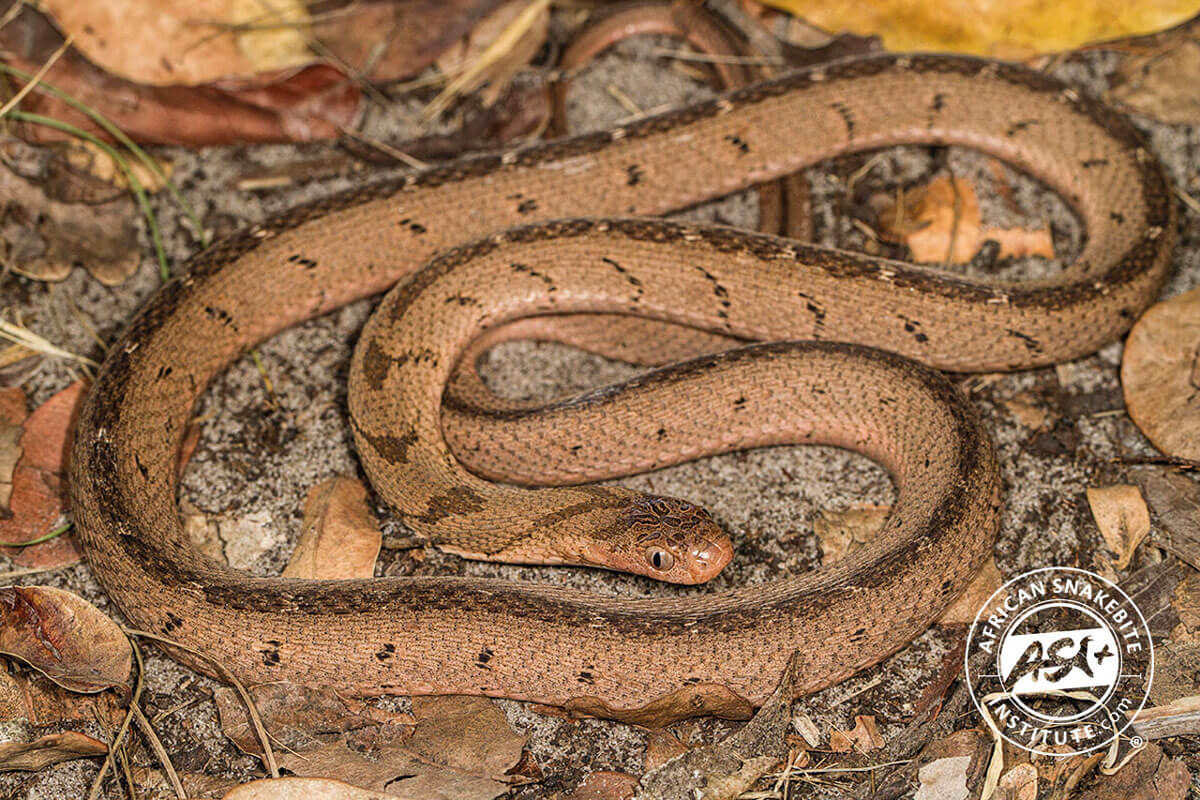 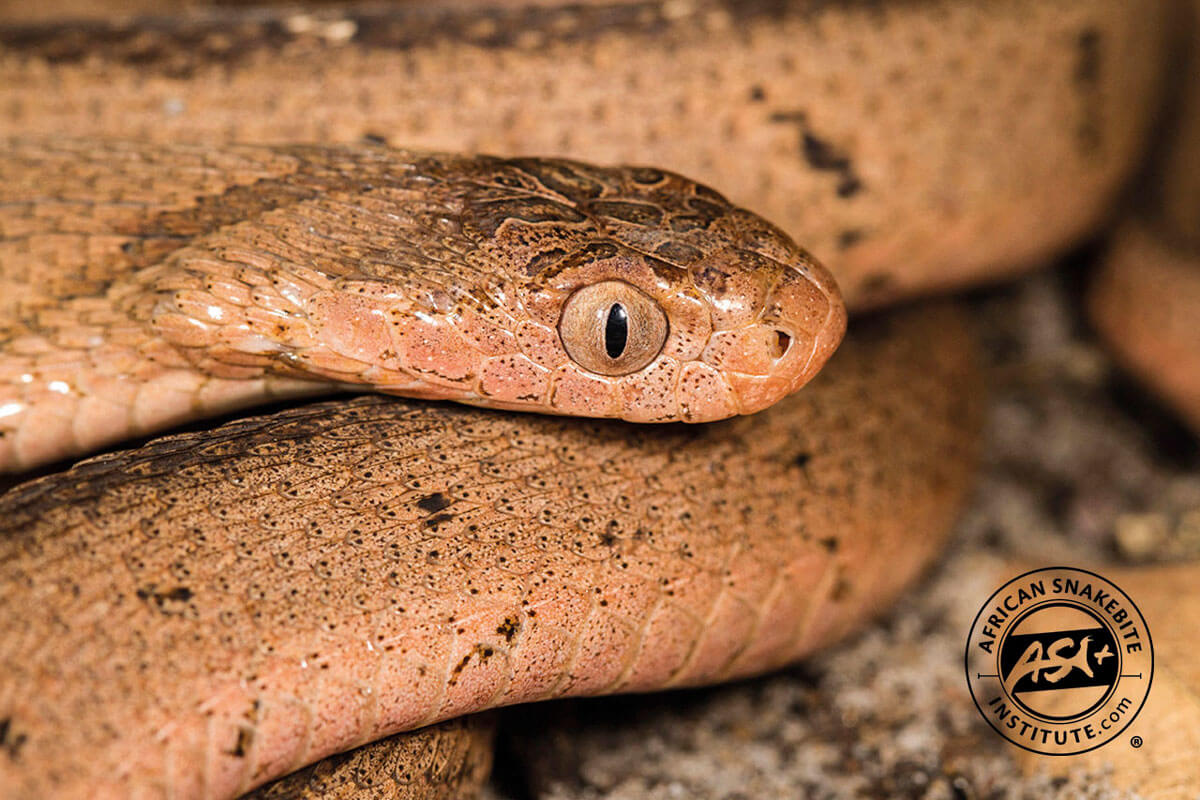