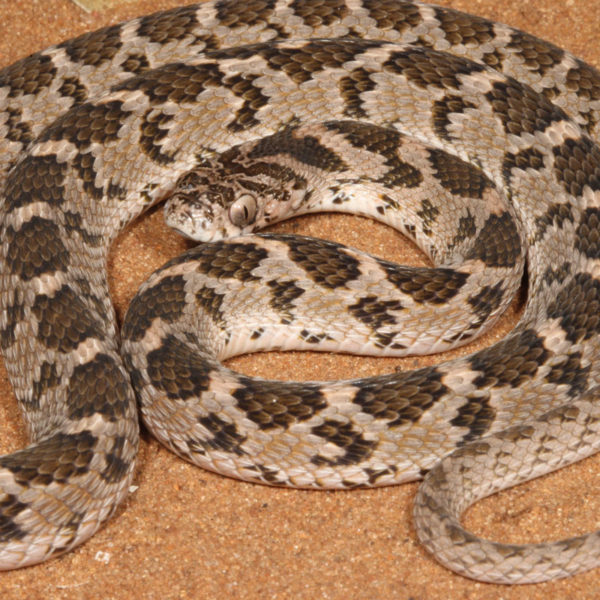 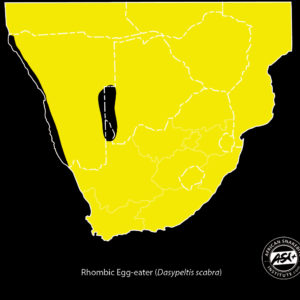 Map indicating the distribution of the Rhombic Brown Egg-eater in Southern Africa.

A widespread and common snake that hunts for bird’s eggs at night. In parts of its range it is largely ground-dwelling but it is good at climbing trees. In winter it often seeks shelter in deserted termite mounds.

If threatened it may coil and uncoil, rubbing its roughly-keeled scales to emit a hissing sound, and will strike quite viciously exposing the dark inner lining of the mouth, but it is completely harmless. This behaviour is said to mimic that of the dangerous Saw-scale Vipers of North Africa.

Eggs are swallowed whole into the neck region and then cracked using bony projections below the vertebrate, the shell crushed, the contents swallowed and the remains of the egg shell regurgitated in a neat little package.

This snake is easily confused with the Rhombic Night Adder, but has keeled scales, a vertical pupil and a few V-markings on the head and neck. 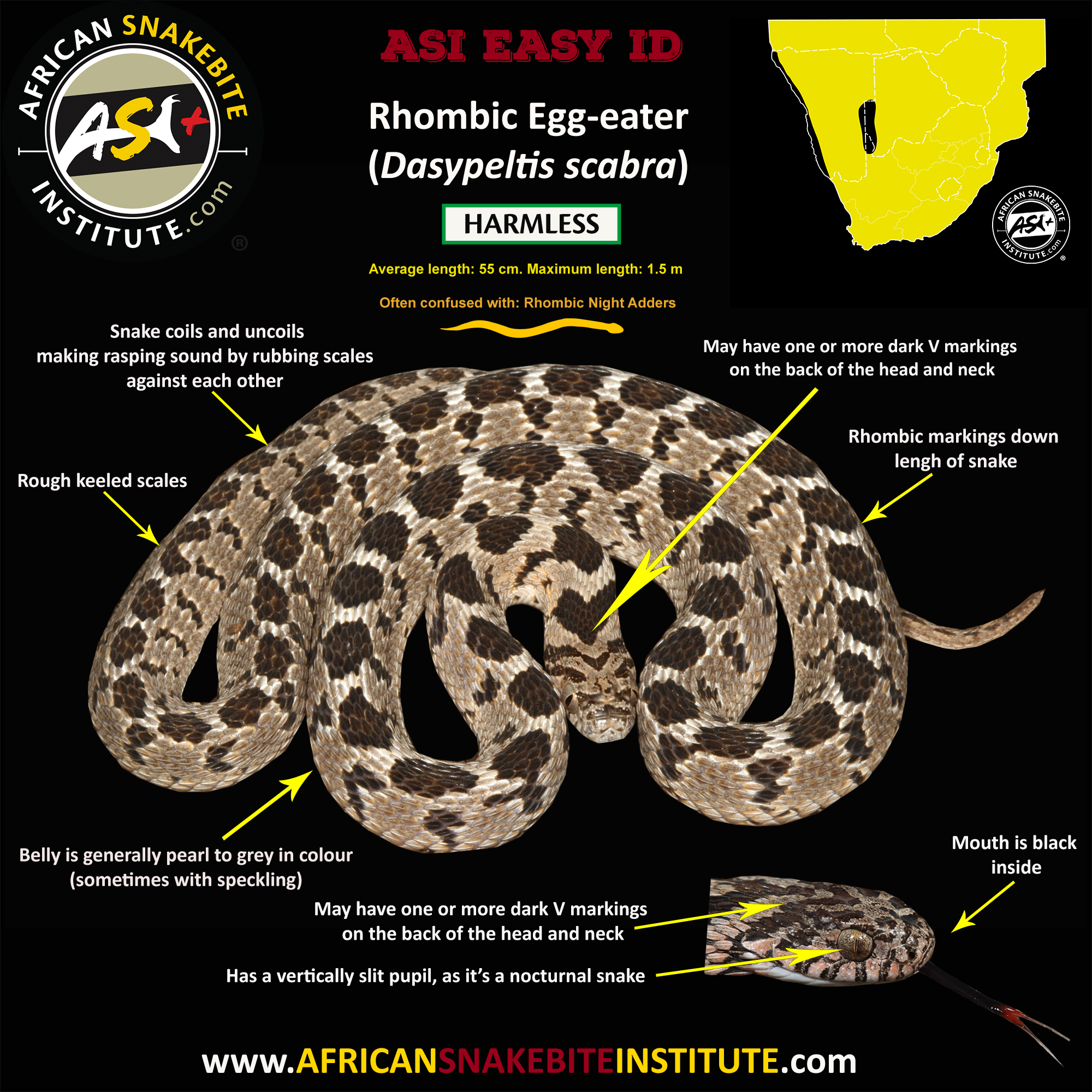 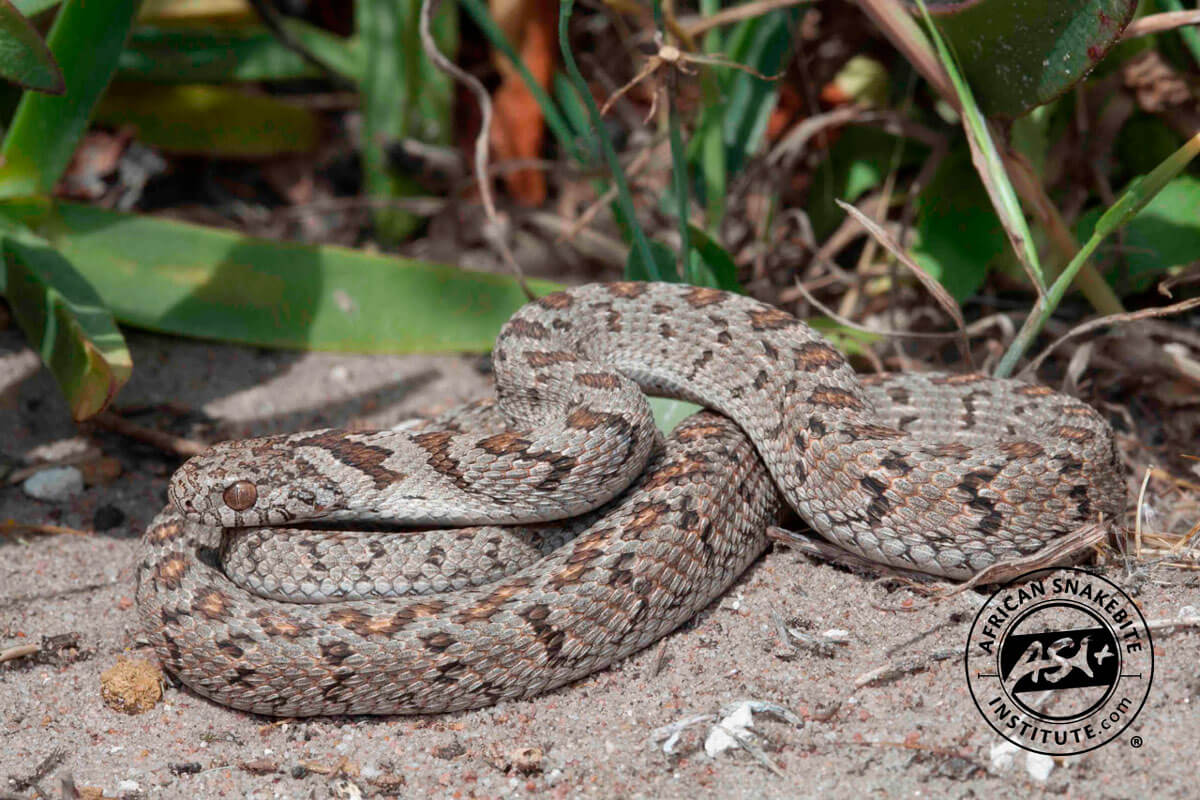 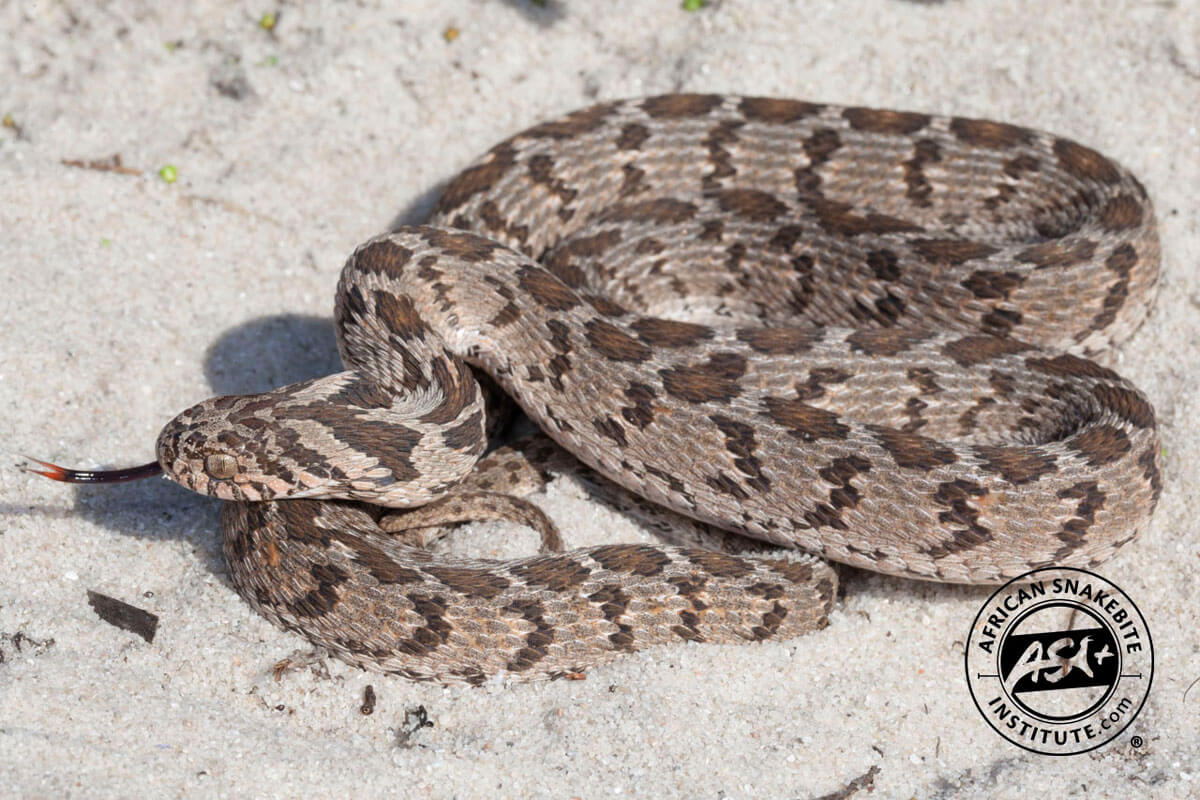 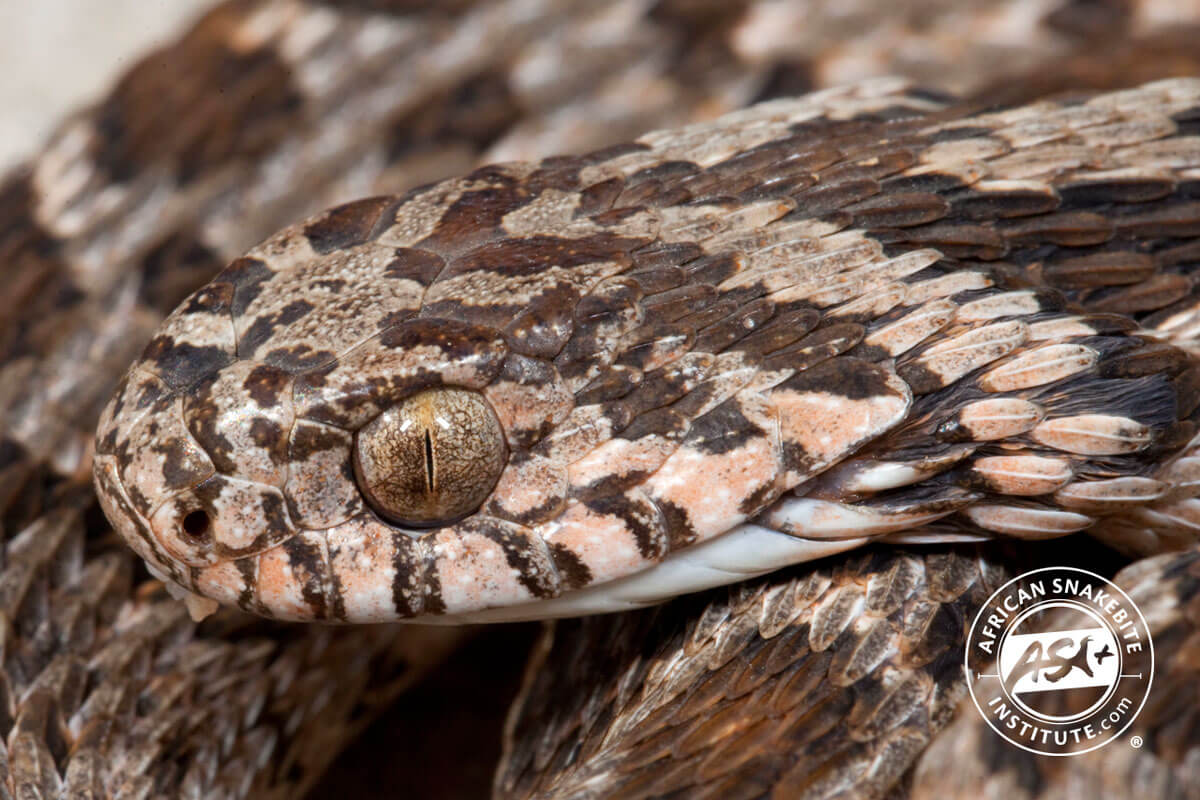 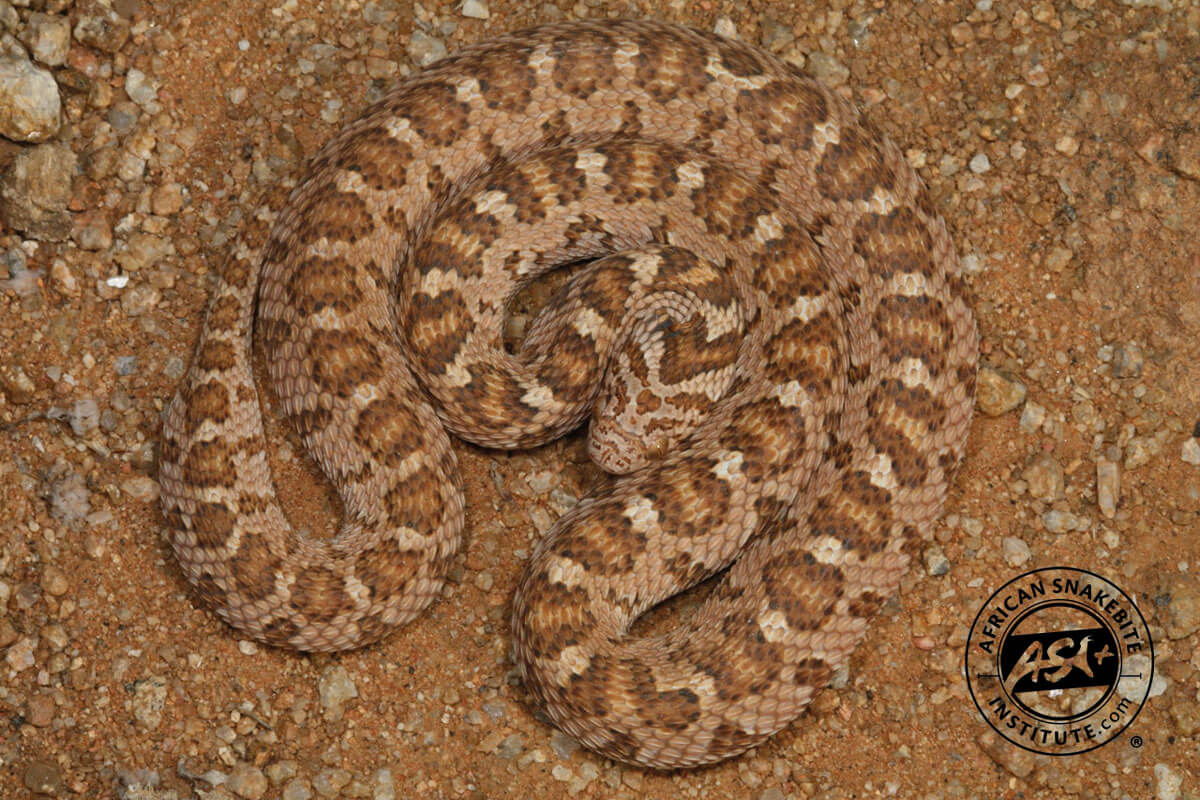 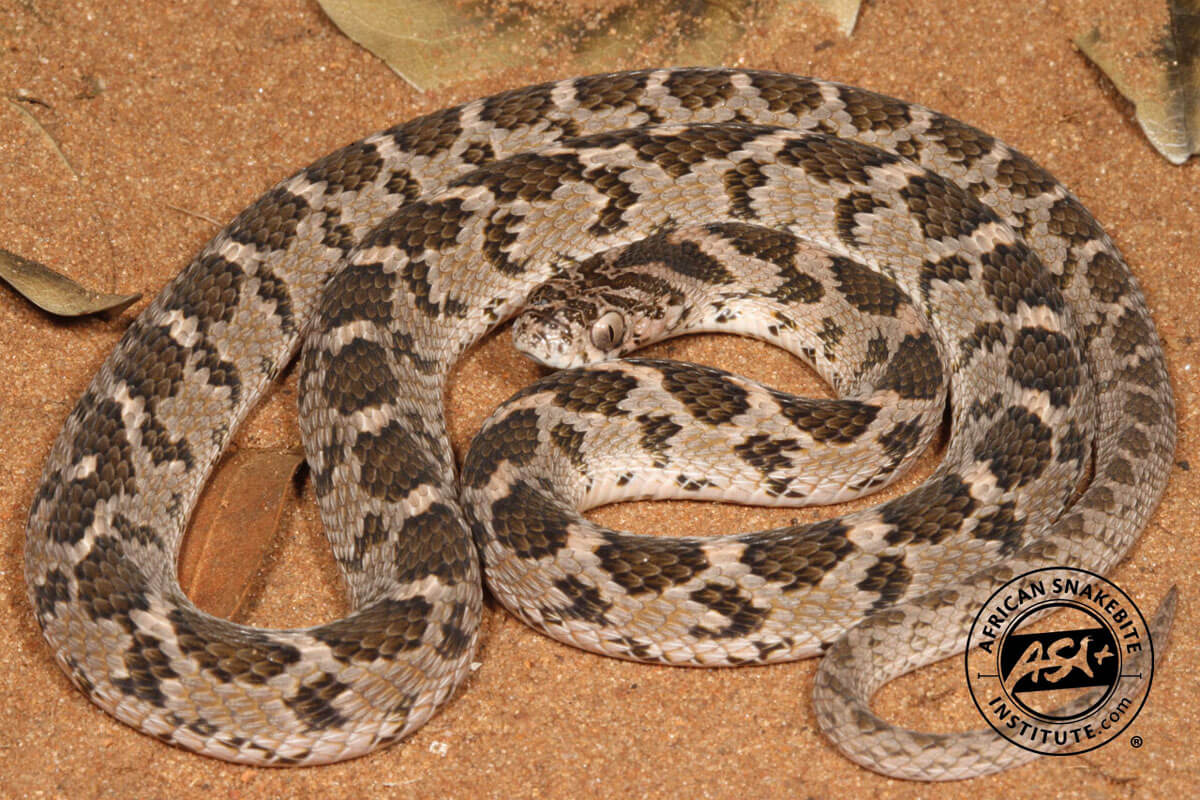 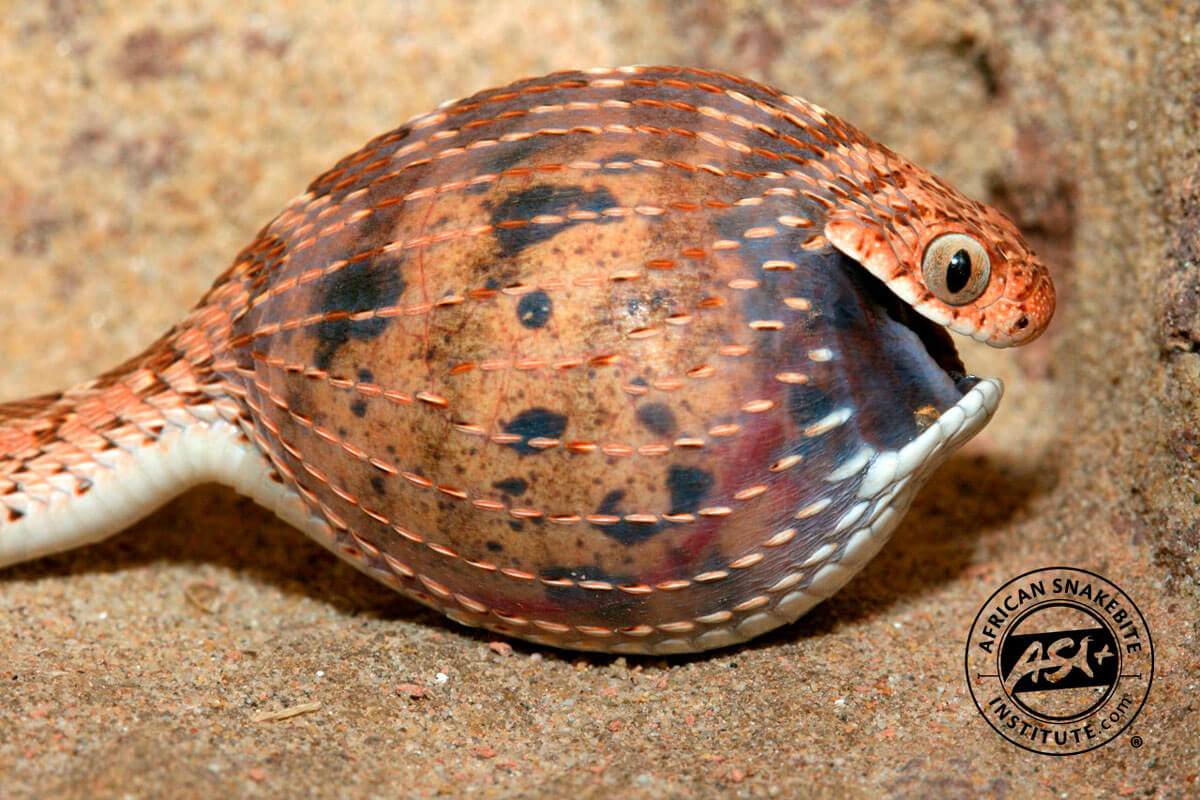 Rhombic Egg-eater (Dasypeltis scabra) - © Christian Schneider
swallowing an egg, with the markings on the egg clearly visible through the snake's skin. 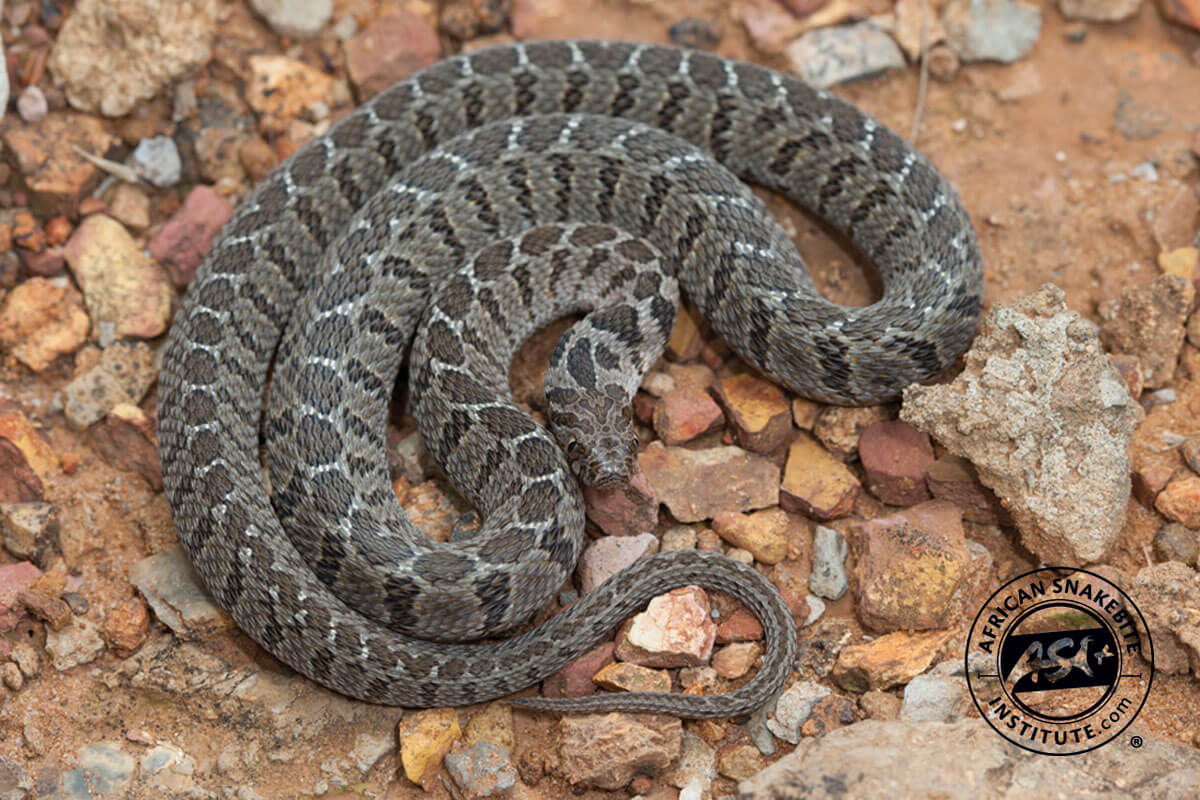 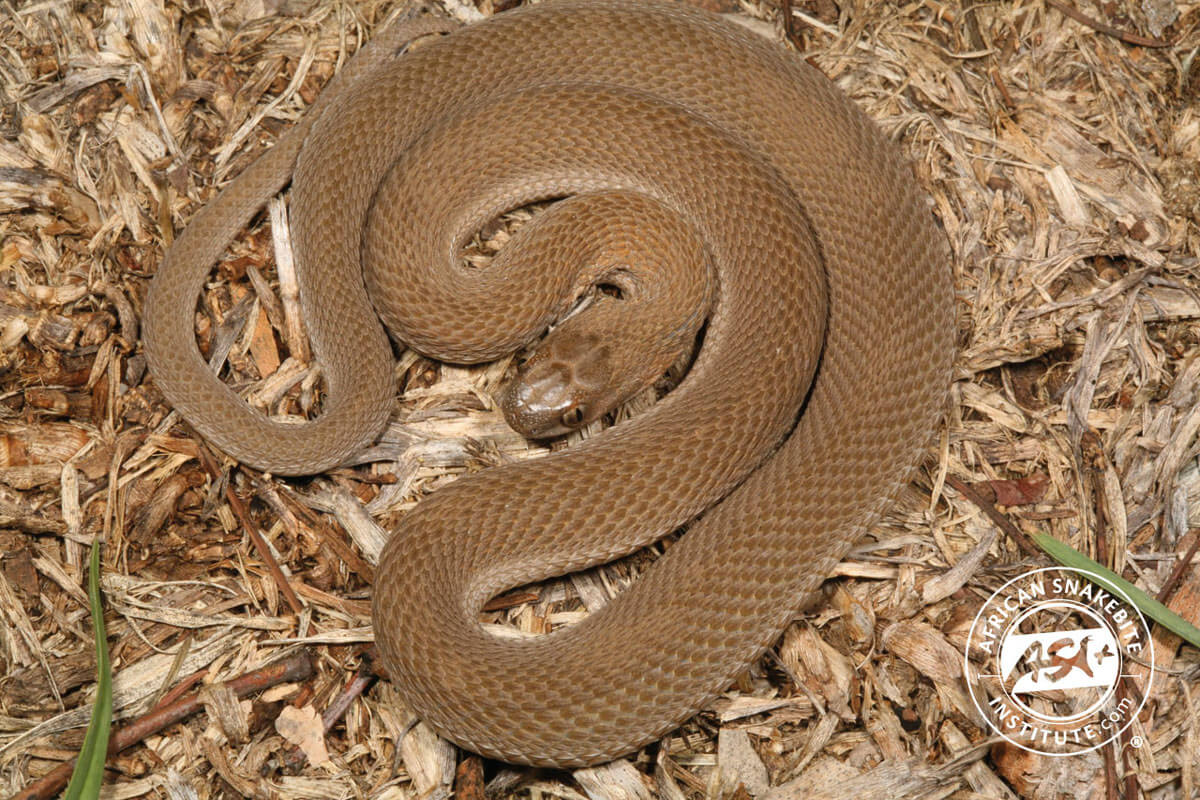 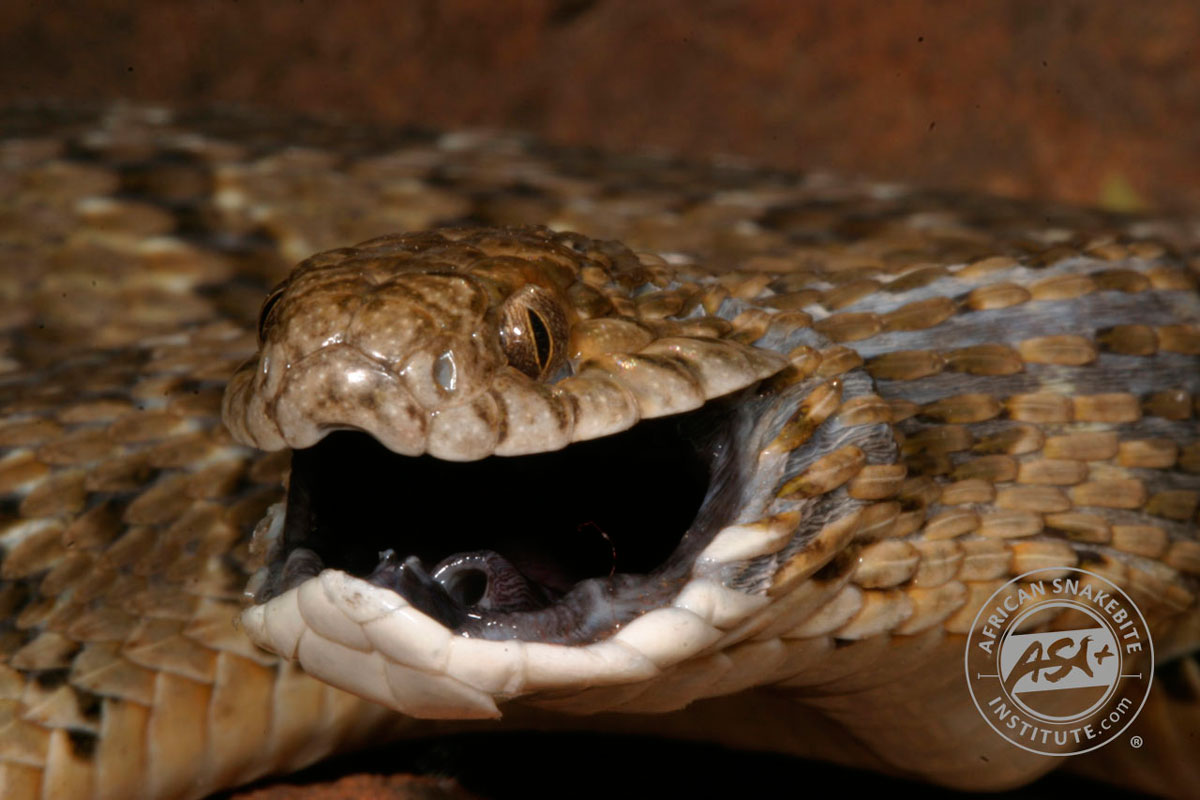 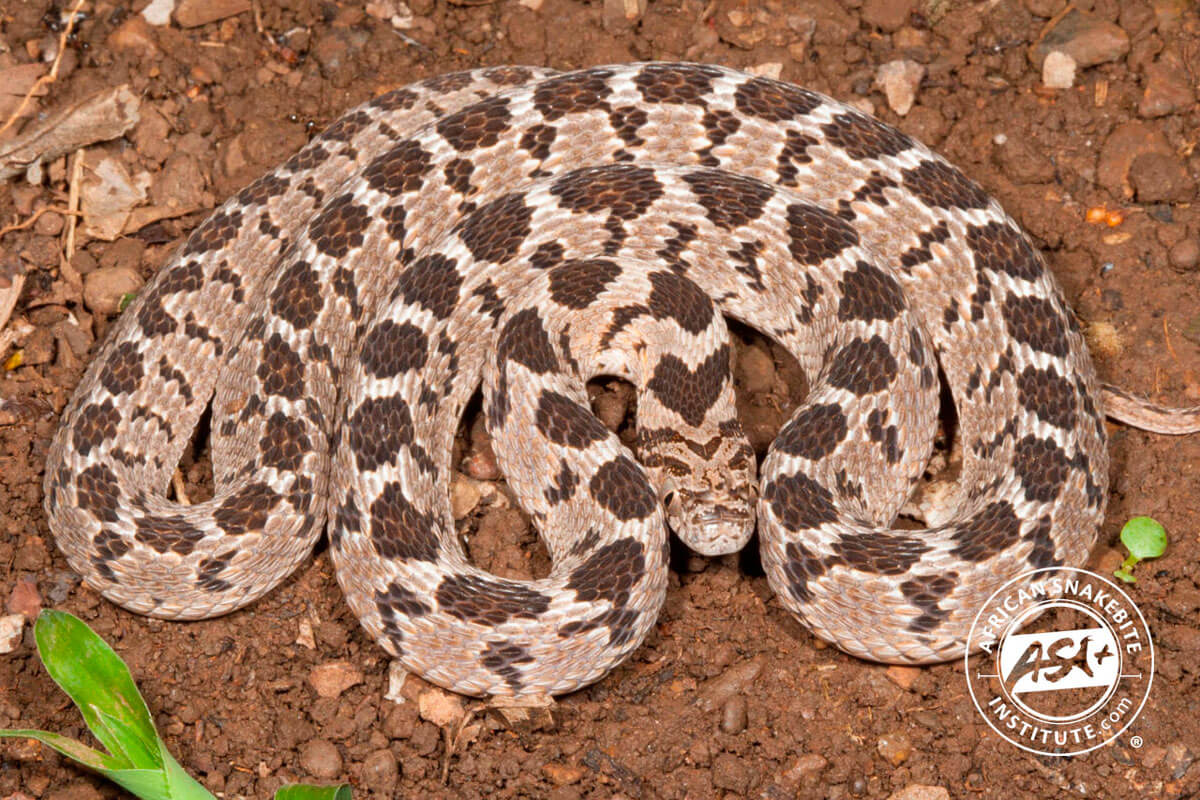 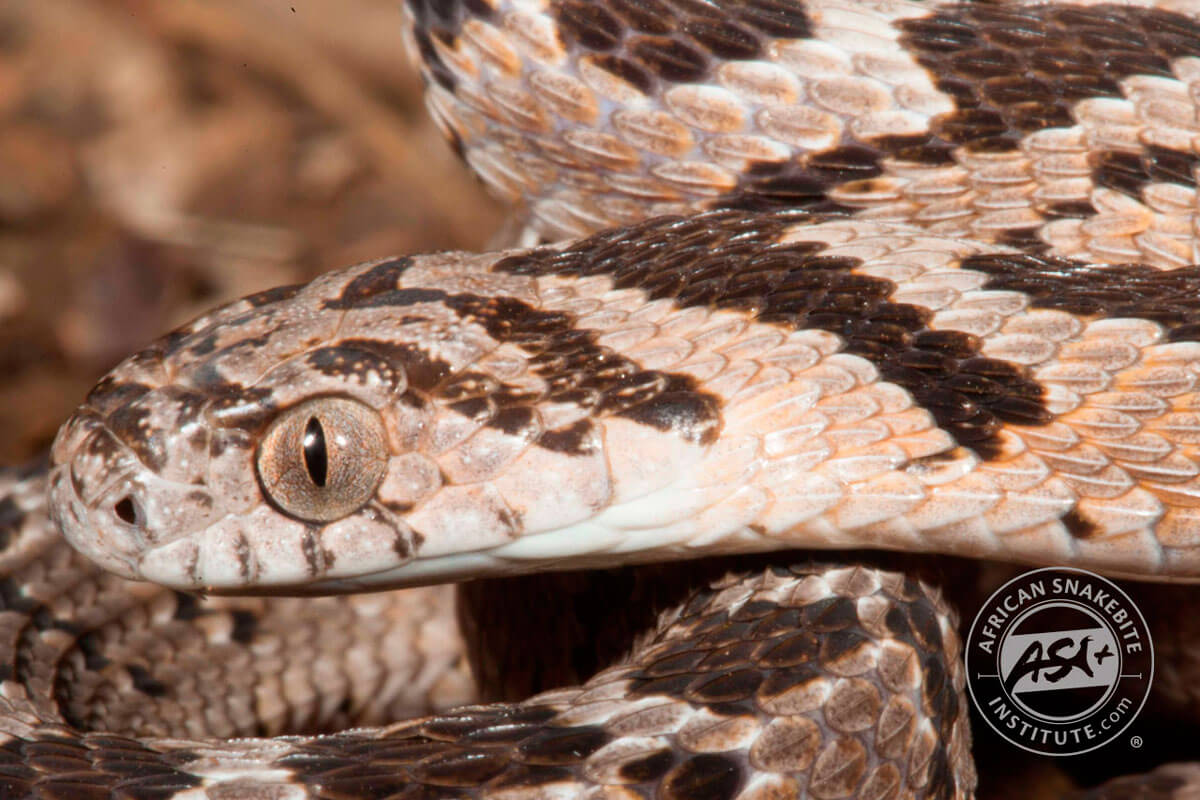