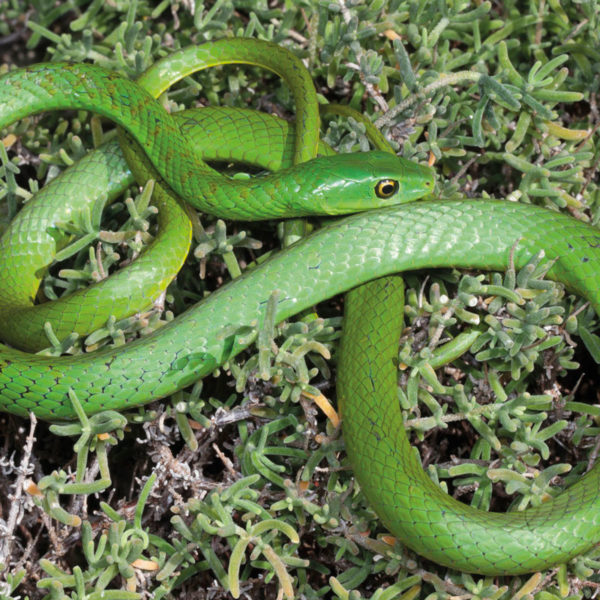 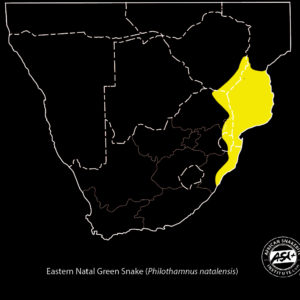 Map indicating the distribution of the Eastern Natal Green Snake in Southern Africa.

A beautifully-marked bright green snake that is active during the day when it hunts for geckos and frogs. This snake climbs well and can be seen very high up in trees. It is quick to escape when disturbed and will bite readily if handled but is completely harmless.

Because of the green colour it is often mistaken for a Boomslang or Green Mamba and needlessly killed. The Eastern Natal Green Snake has keels on the belly as well as the underside of the tail and tends to be bright green with some light yellow on the belly whereas the Western Natal Green Snake has a whitish belly and may have a bluish tinge. The latter does not have keels on the underside of the tail. 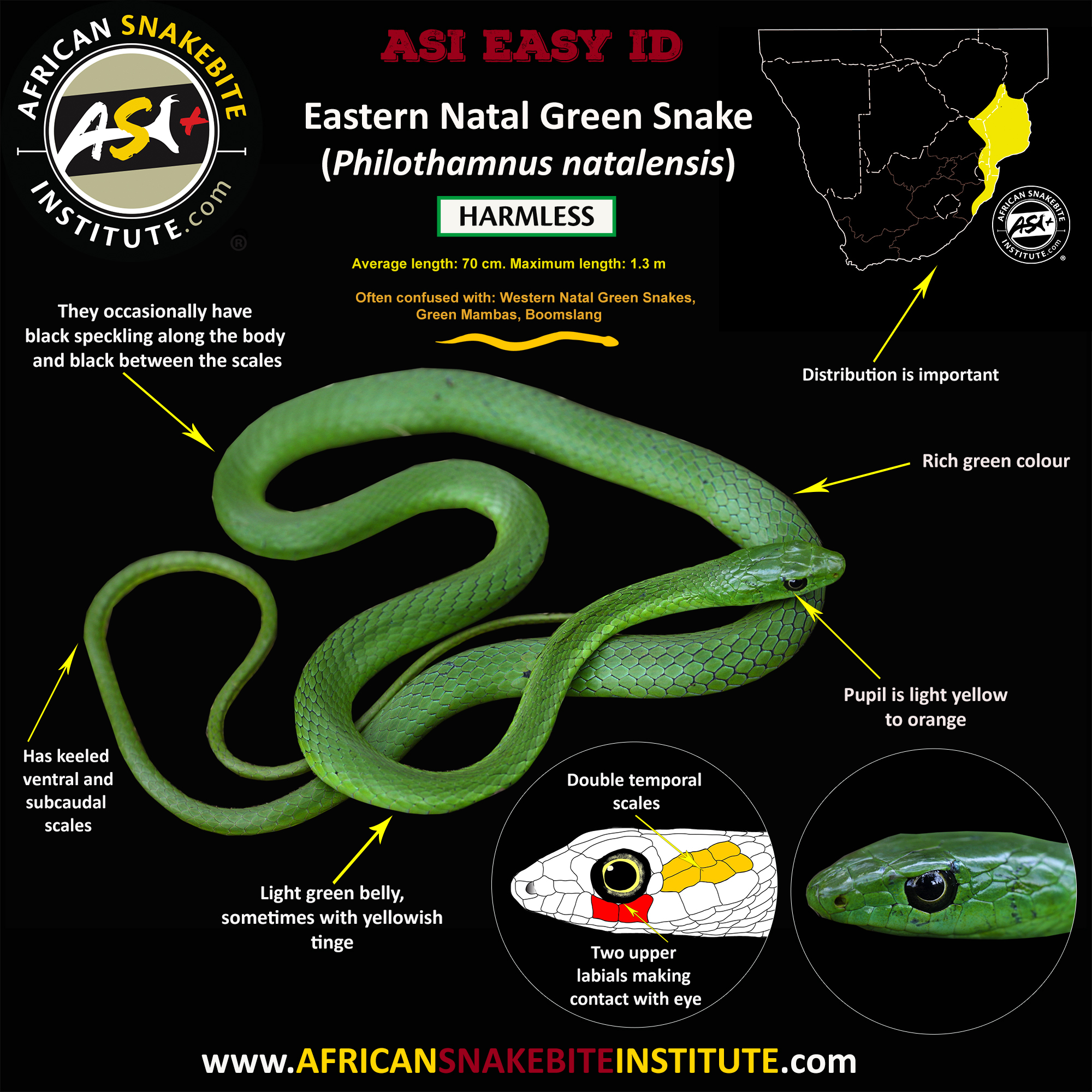 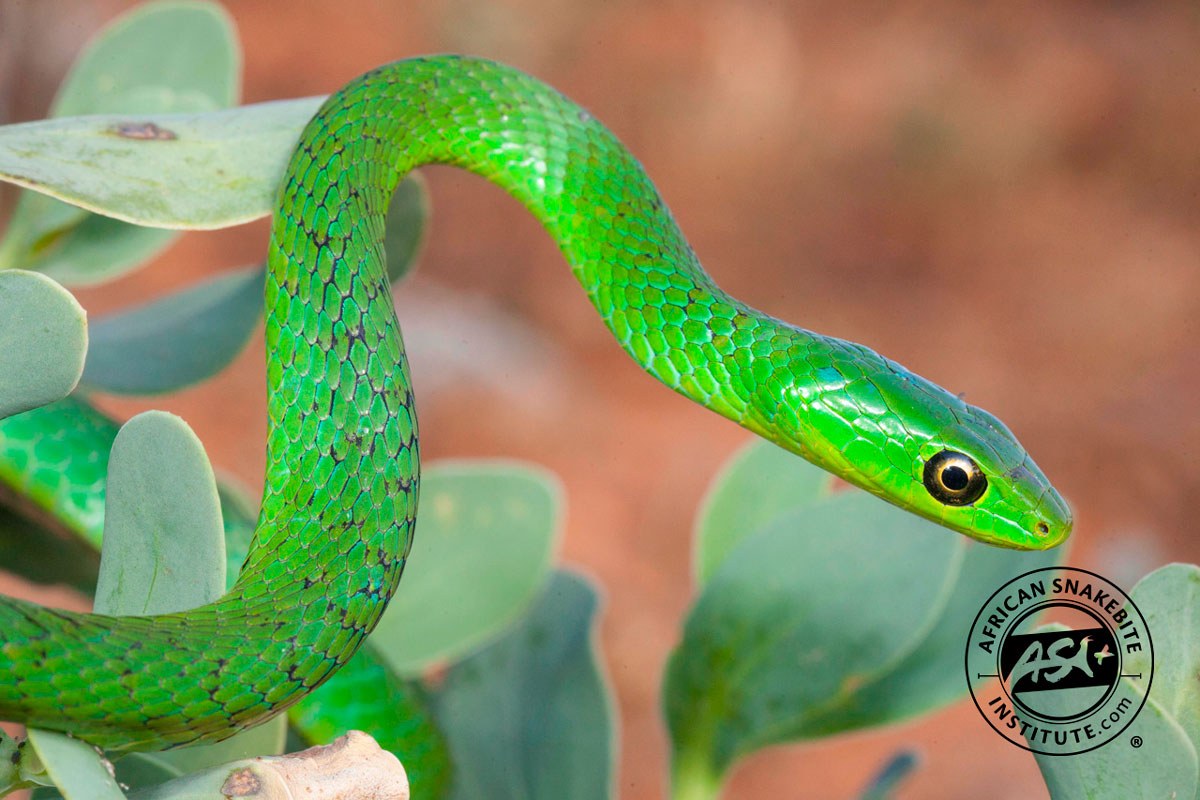 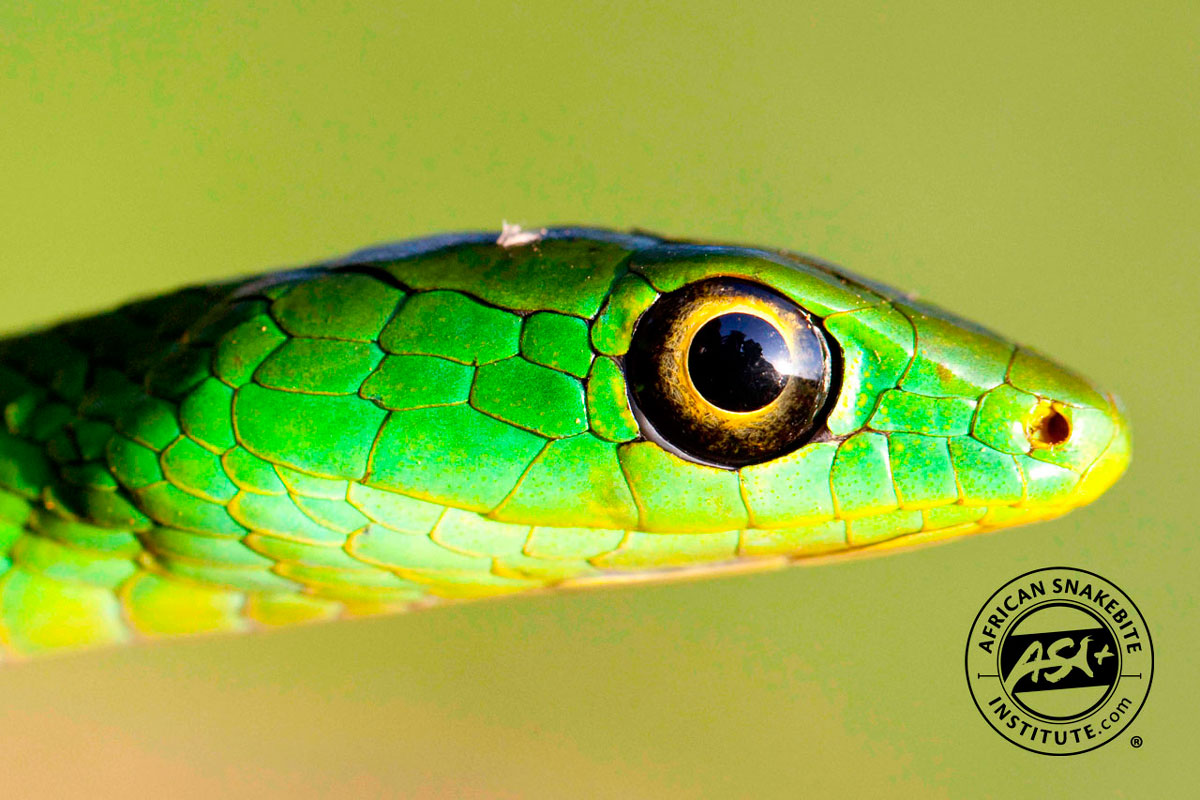 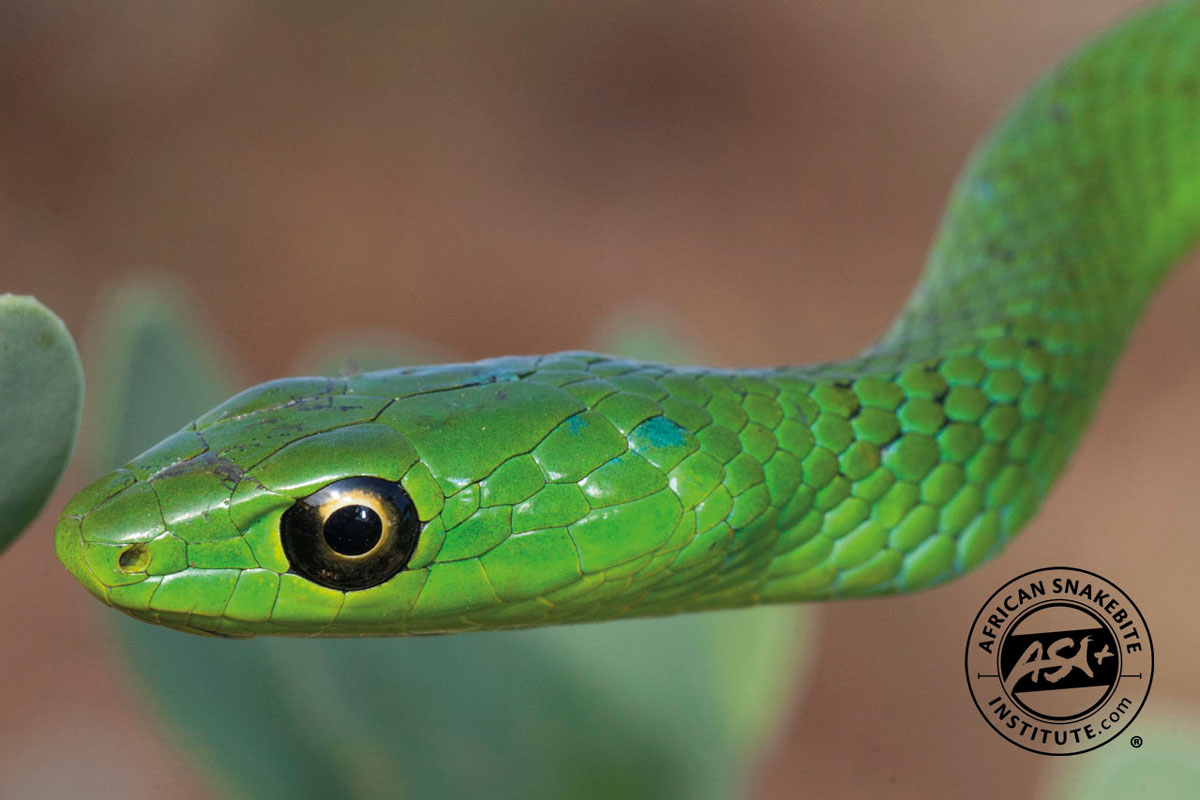 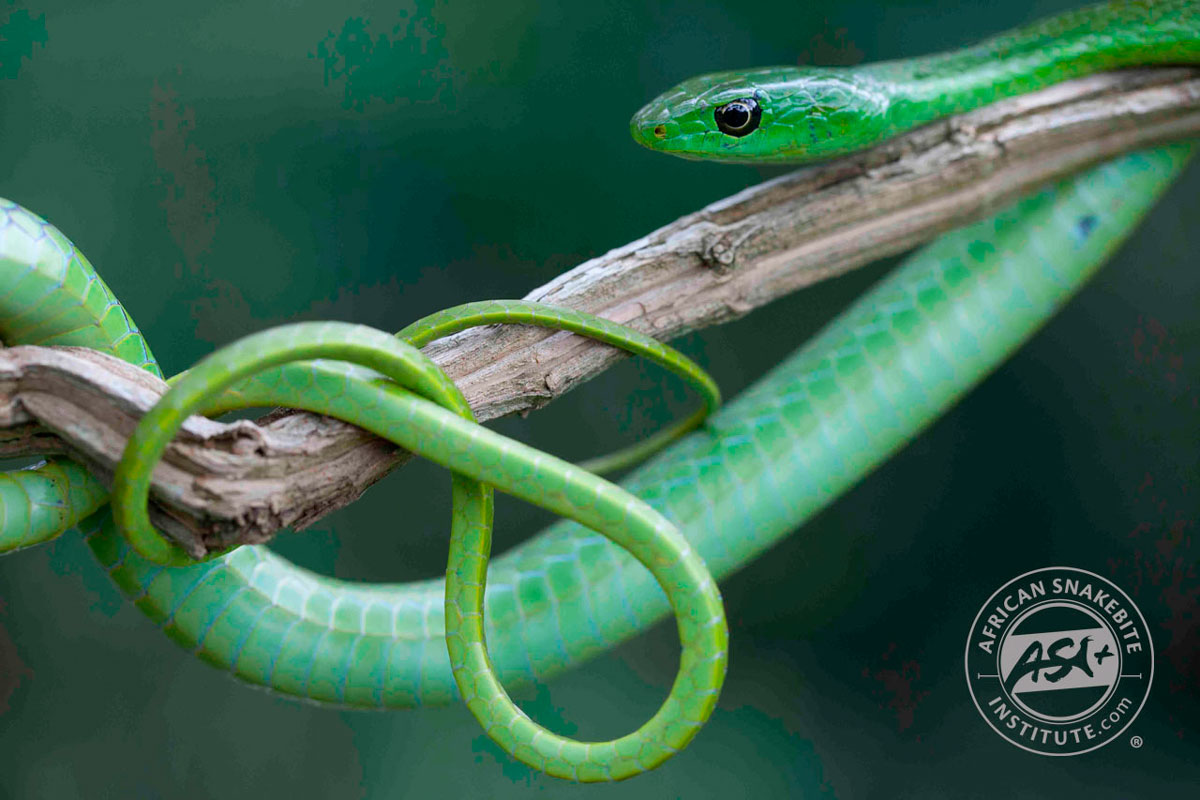 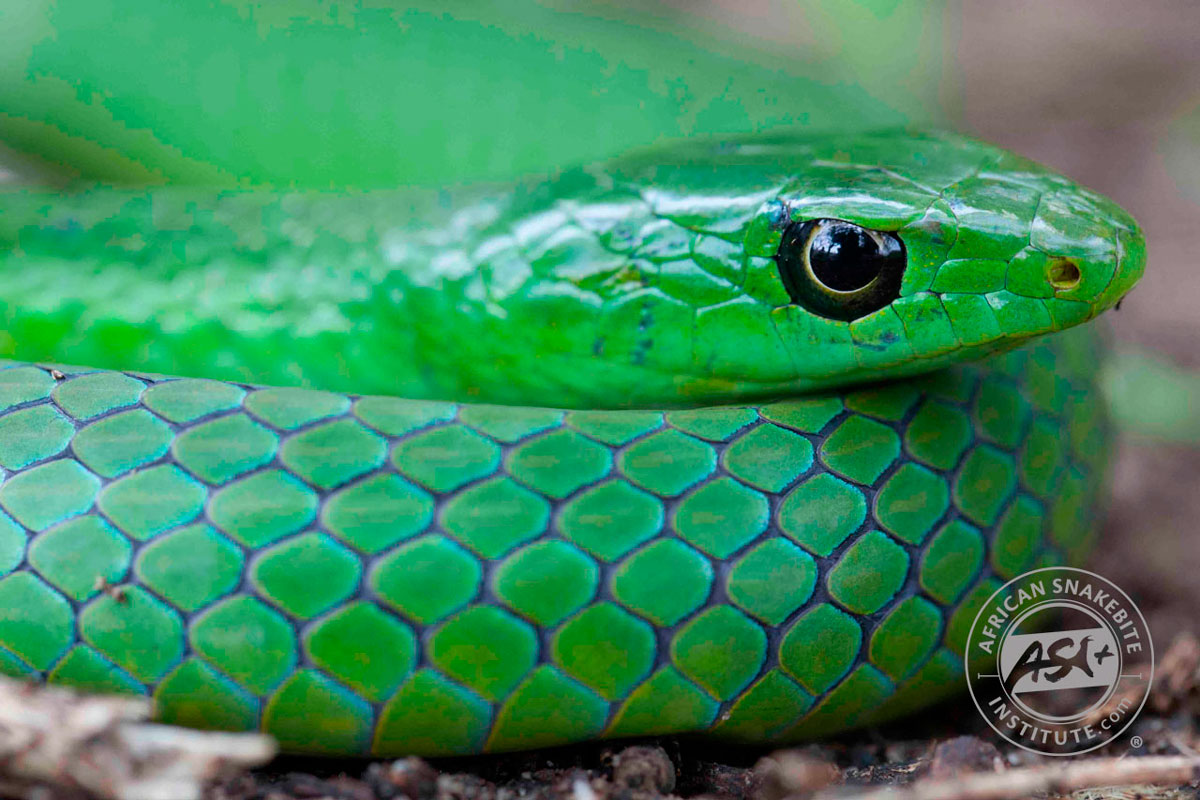 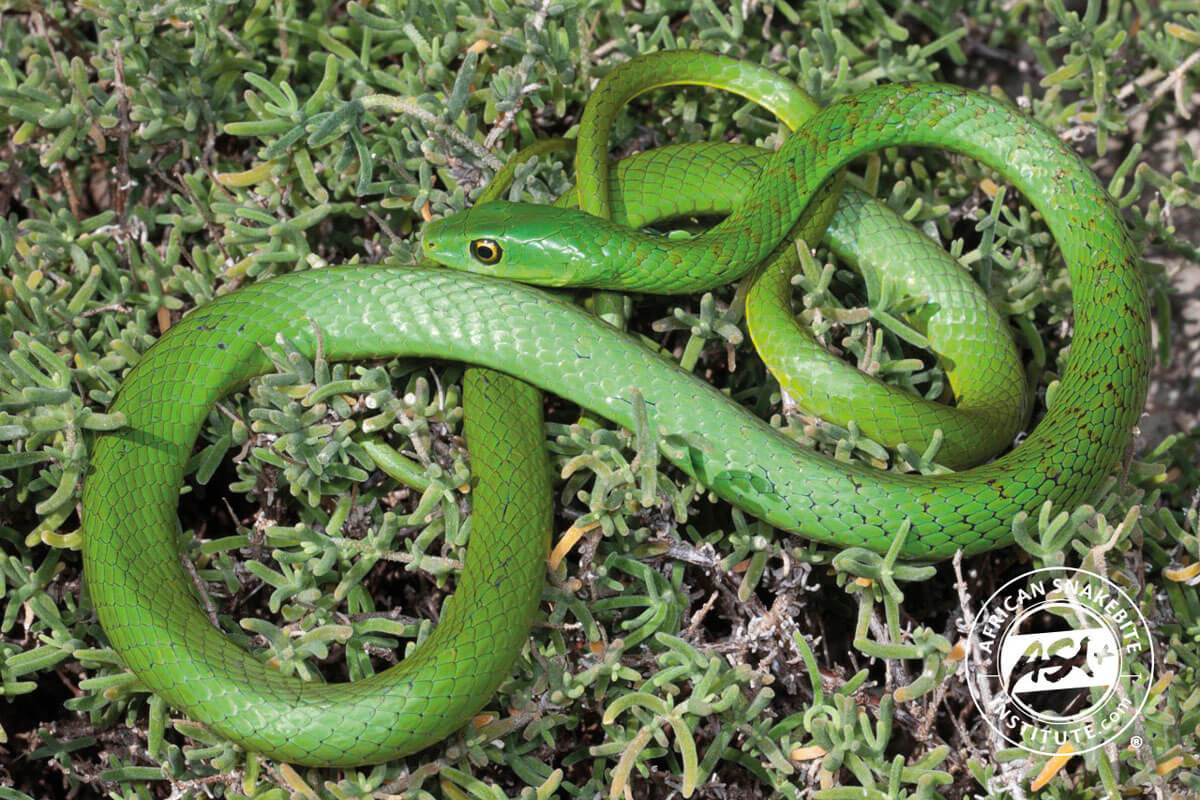 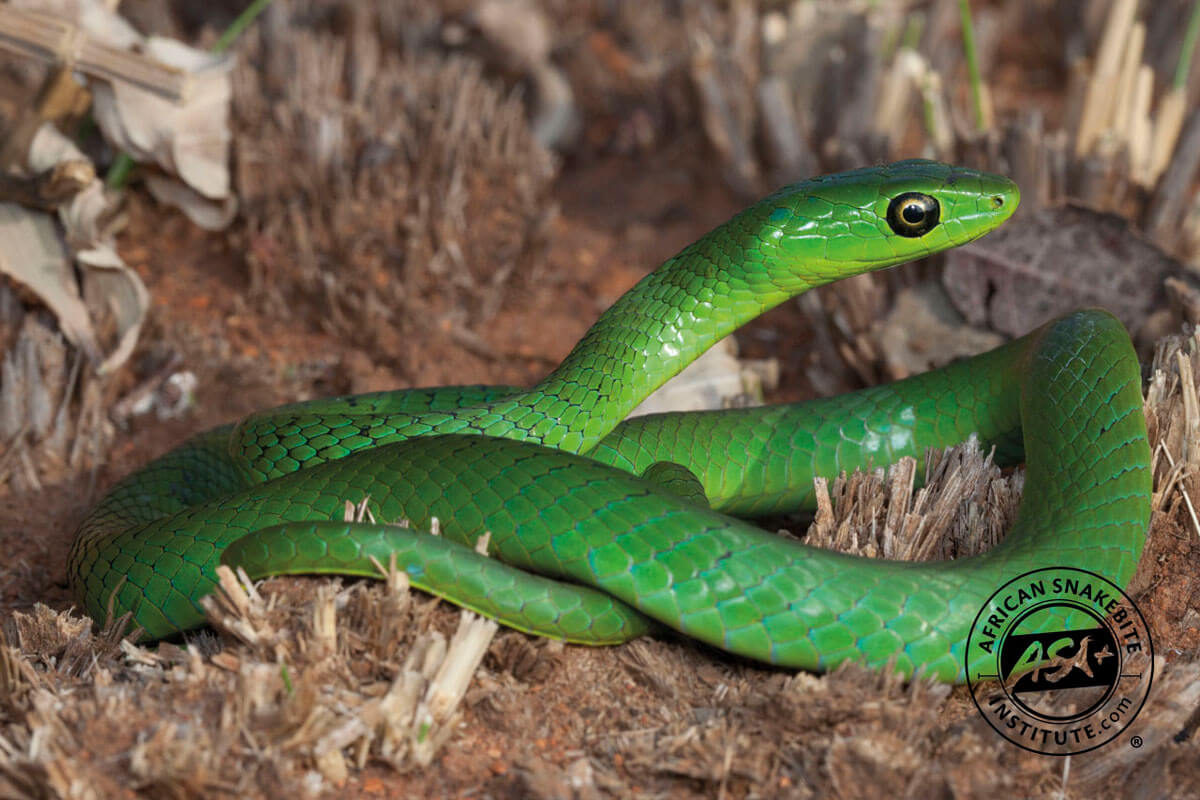