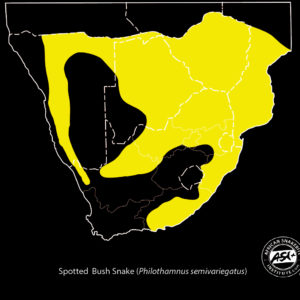 Map indicating the distribution of the Spotted Bush Snake in Southern Africa.

An alert, day-active snake, that climbs well and is often found between the walls and ceilings of outbuildings, where it hunts for geckos and frogs. Sadly this harmless snake is often mistaken for a Green Mamba and needlessly killed.

The body is bright green to a copper-green with distinct blackish spots on the front half of the snake, but little or no dark marks on the back half. The belly is yellowish to white and the pupil orange.

This snake has keeled belly scales which enables it to climb up the bark of a tree or even up face-brick walls. It is commonly found in suburban gardens and juveniles are often killed by domestic cats.

There are a number of harmless green snakes of the genus Philothamnus and they can be quite difficult to tell apart. 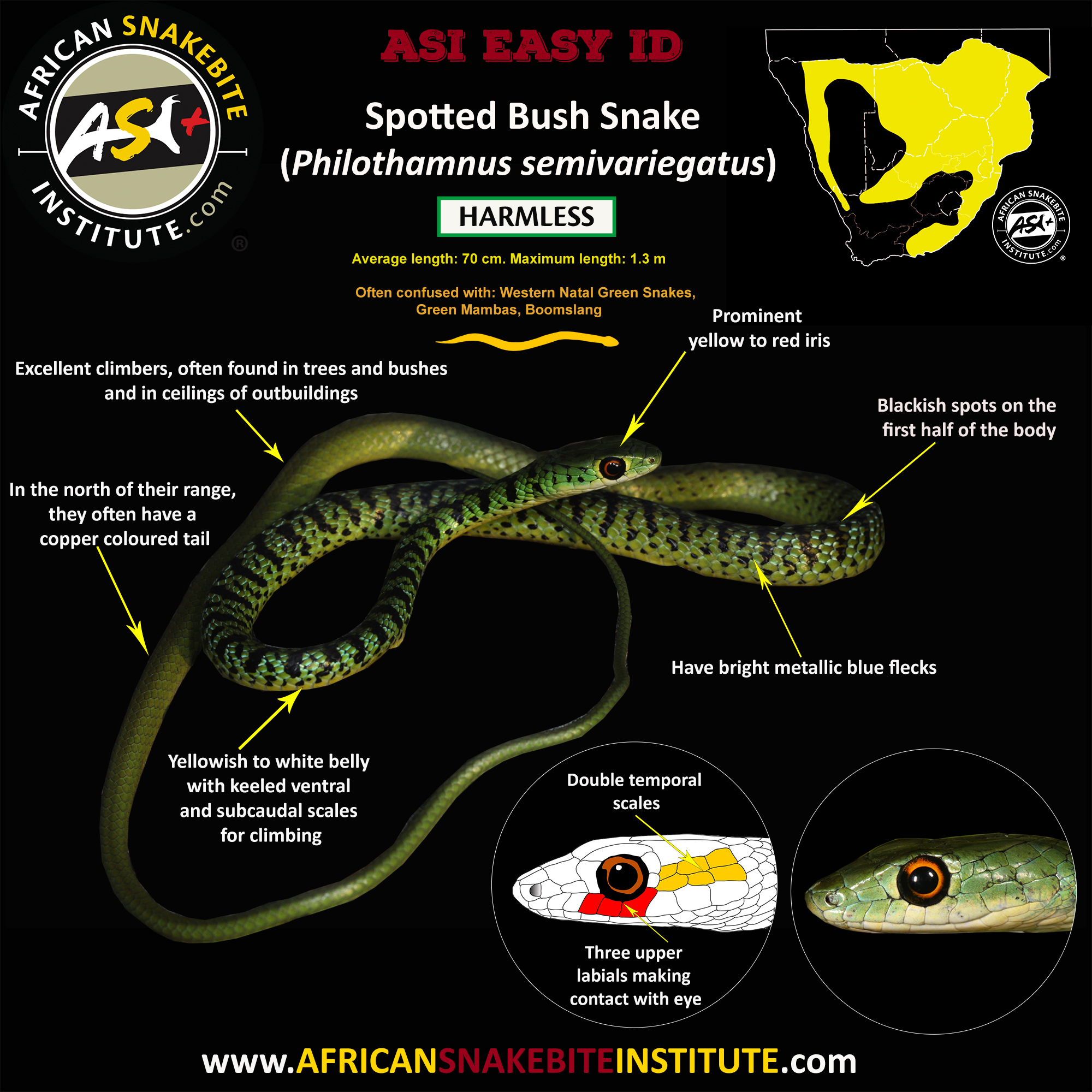 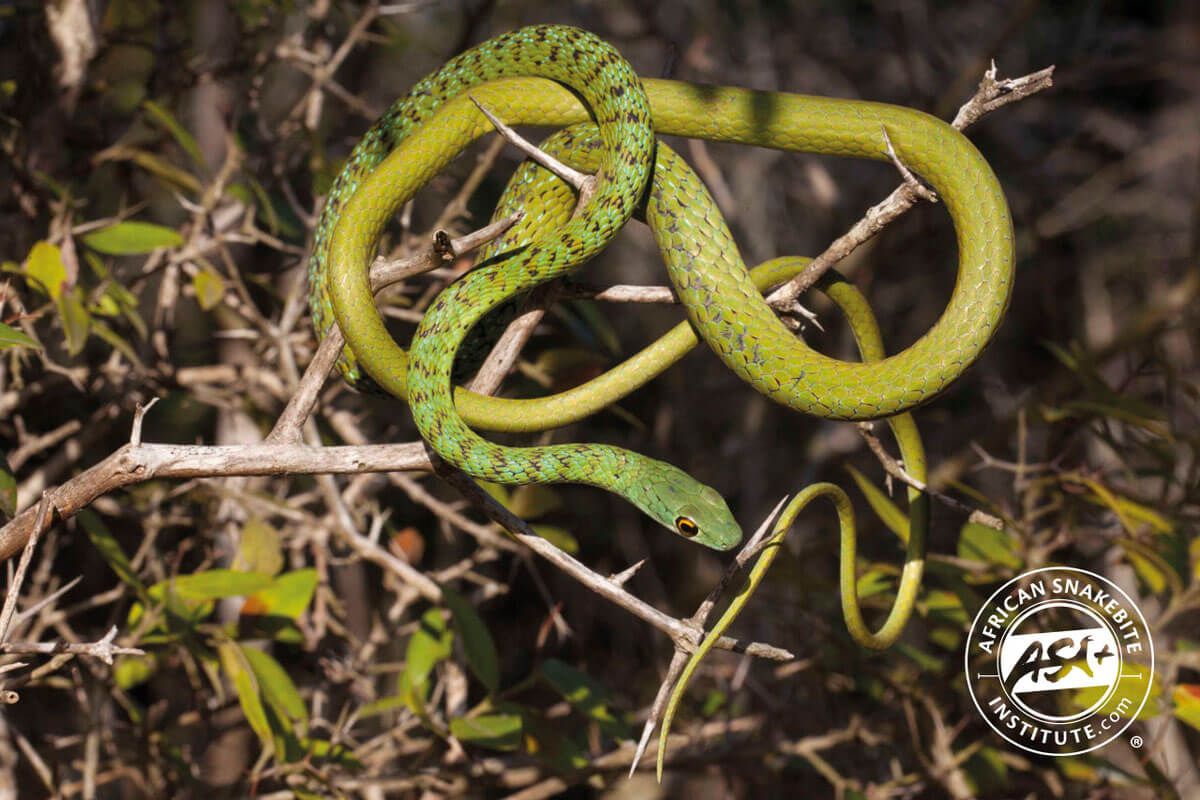 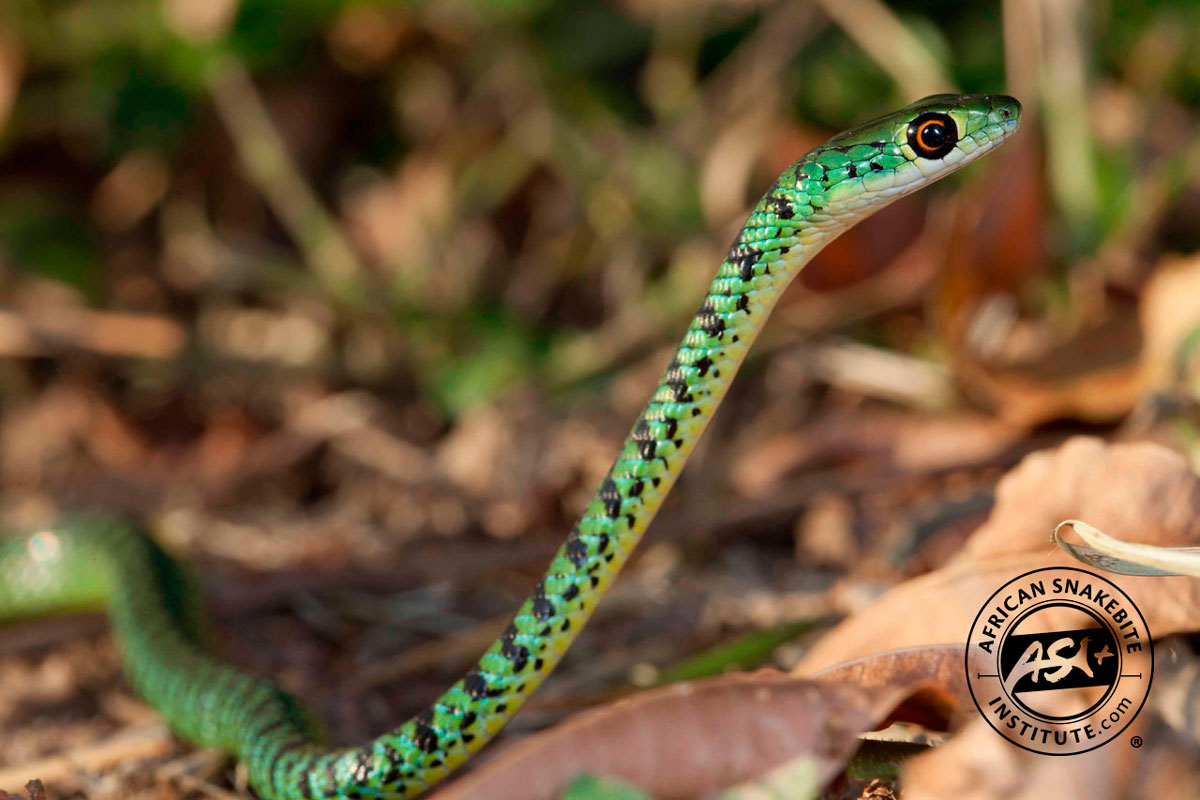 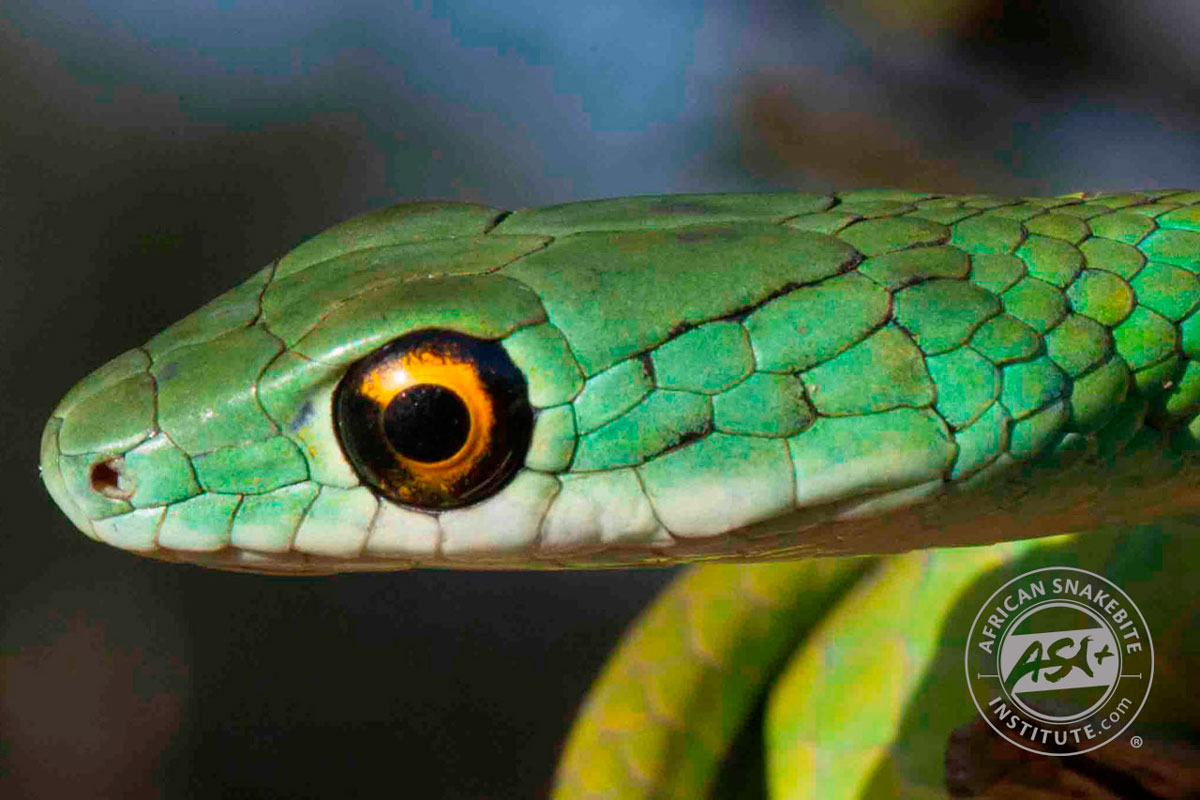 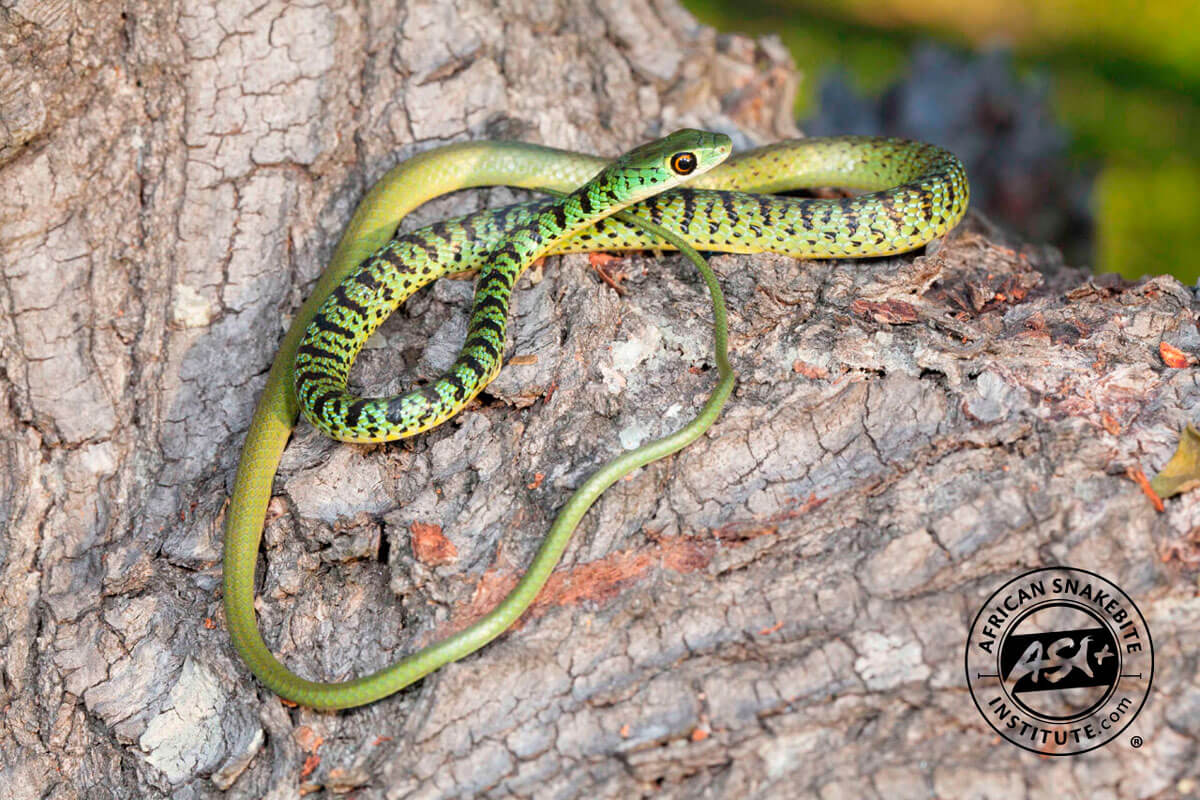 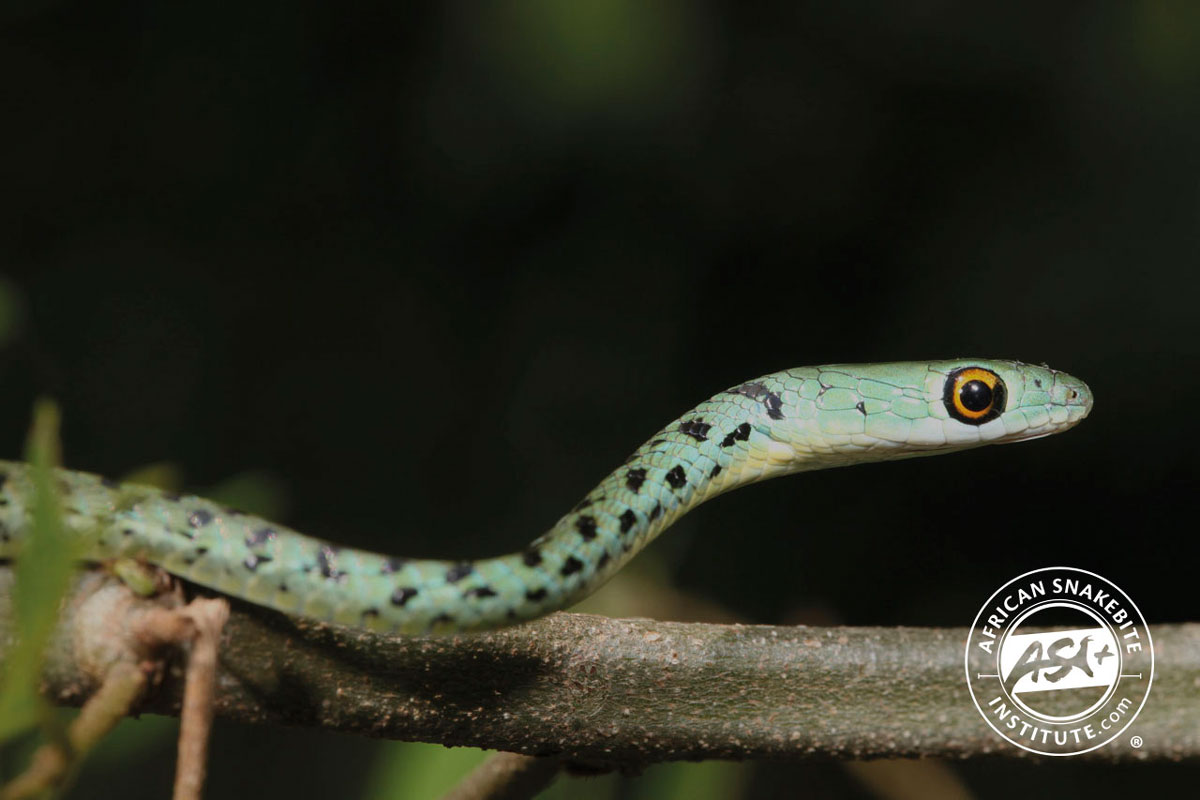 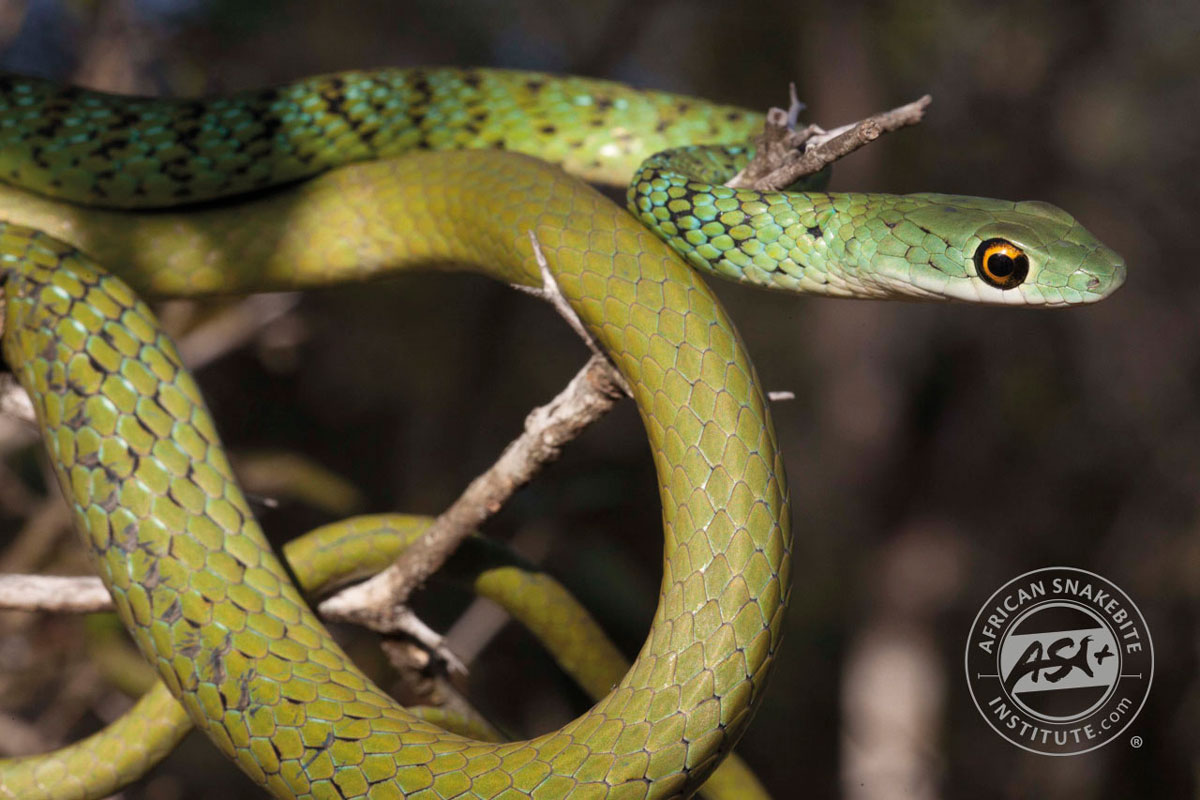 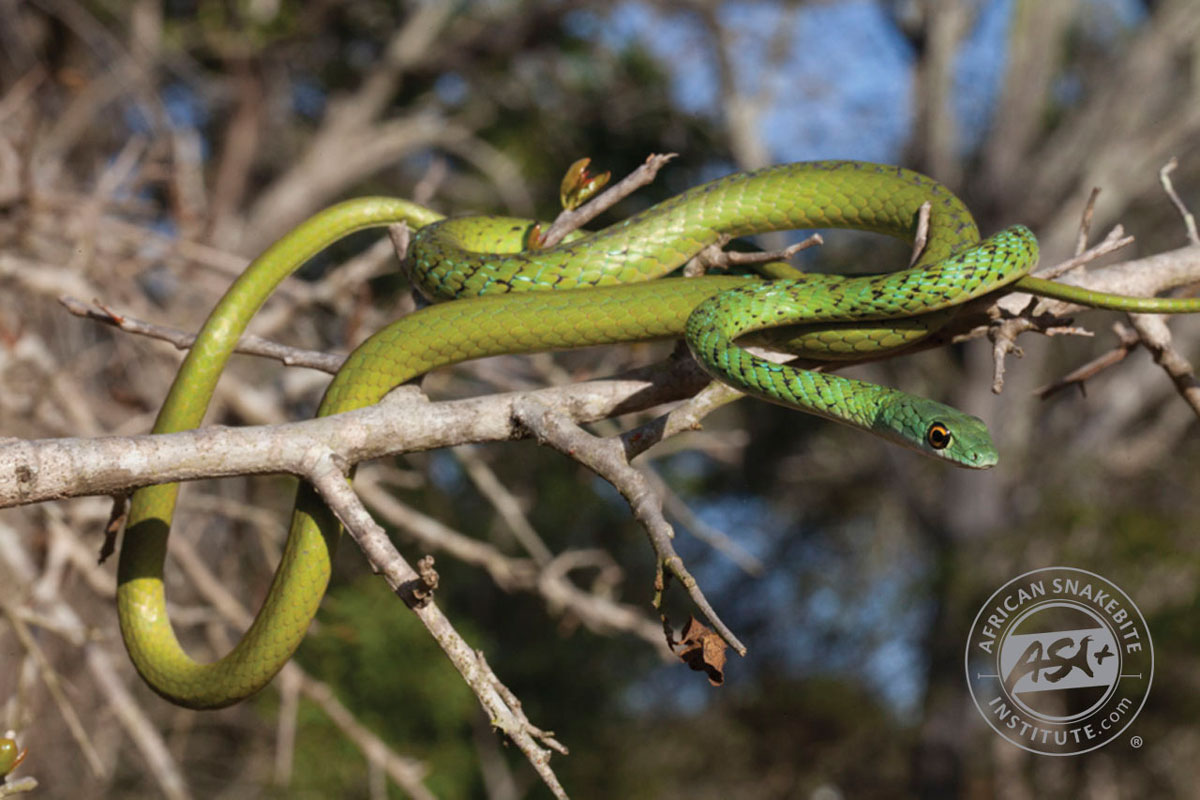 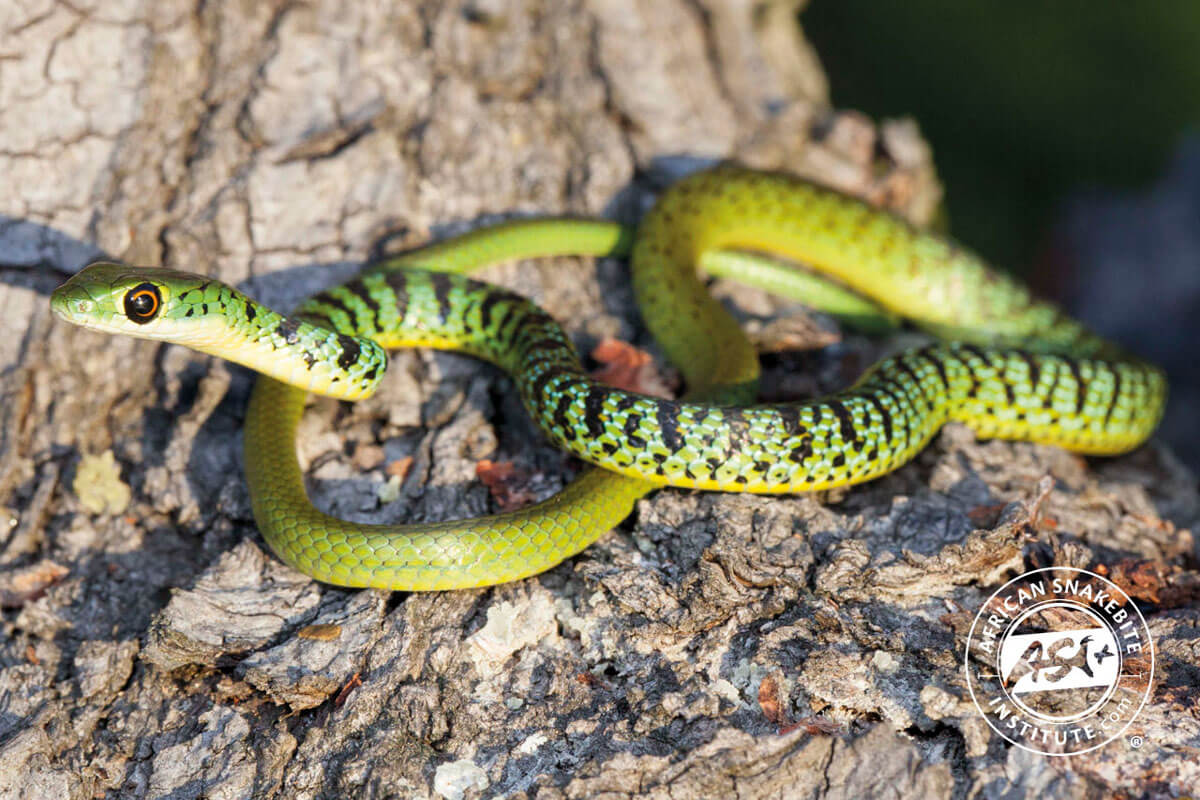