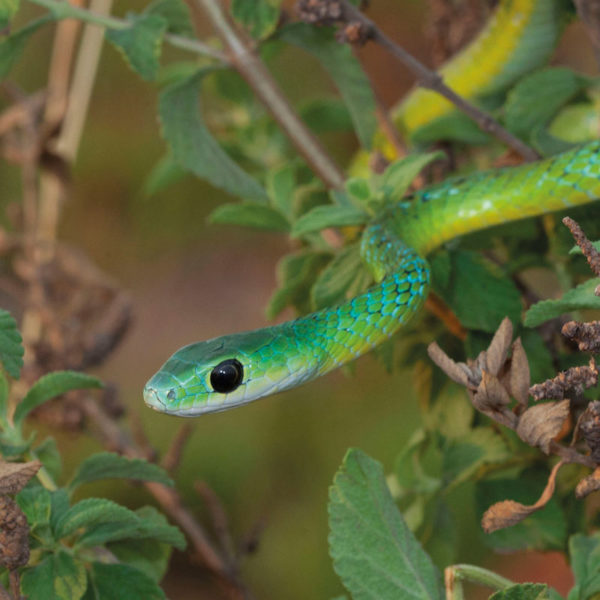 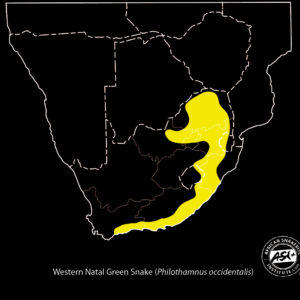 Map indicating the distribution of the Western-Natal Green Snake in Southern Africa.

A beautifully-marked, bright green snake that is active during the day when it hunts for geckos and frogs. This snake climbs well but is usually found on the ground, especially along the banks of well-shaded rivers and streams. It is quick to escape when disturbed and will bite readily if handled, but is completely harmless.

The Western Natal Green Snake occurs south of Amanzimtoti and inland towards the Drakensberg and further north, as well as into the Eastern Cape. 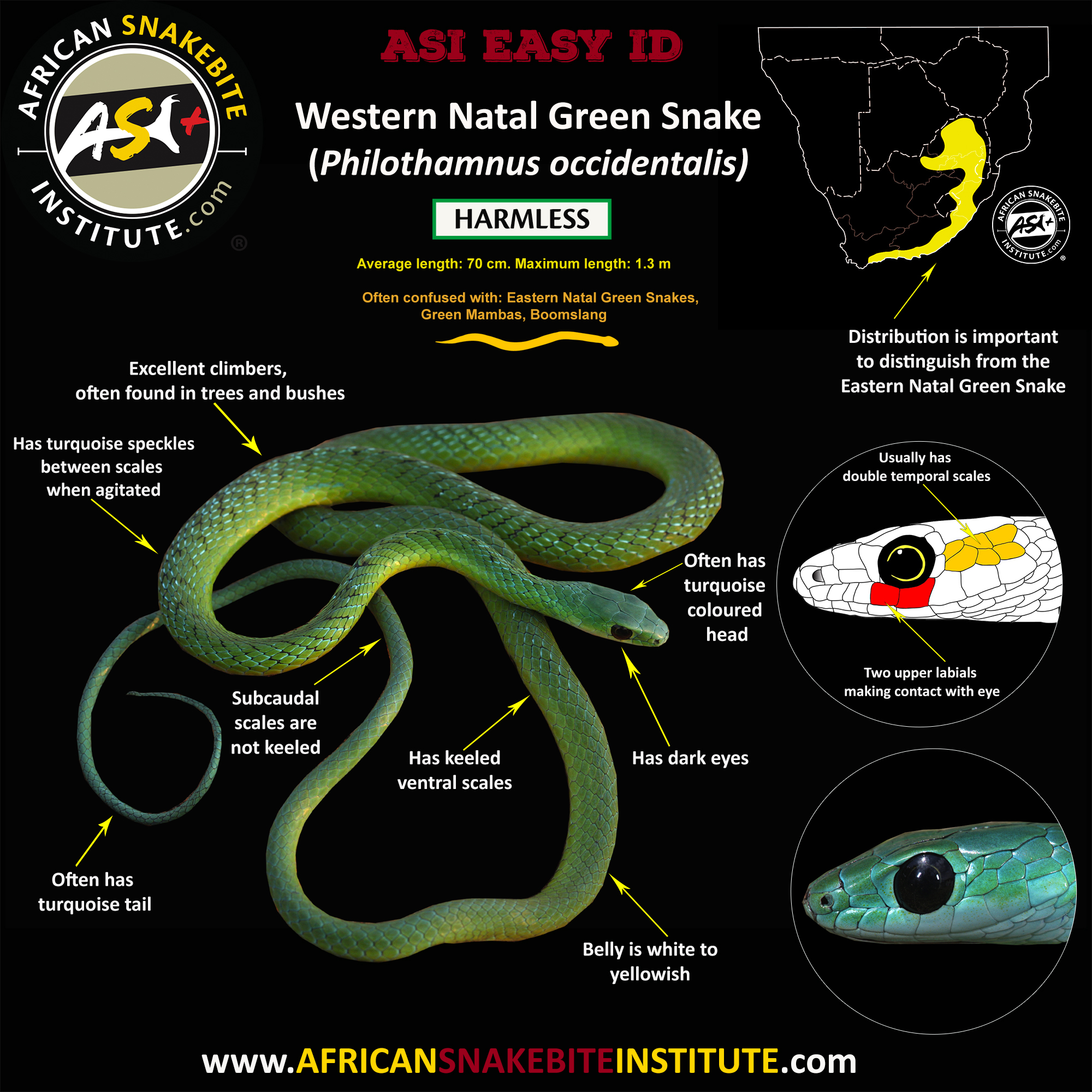 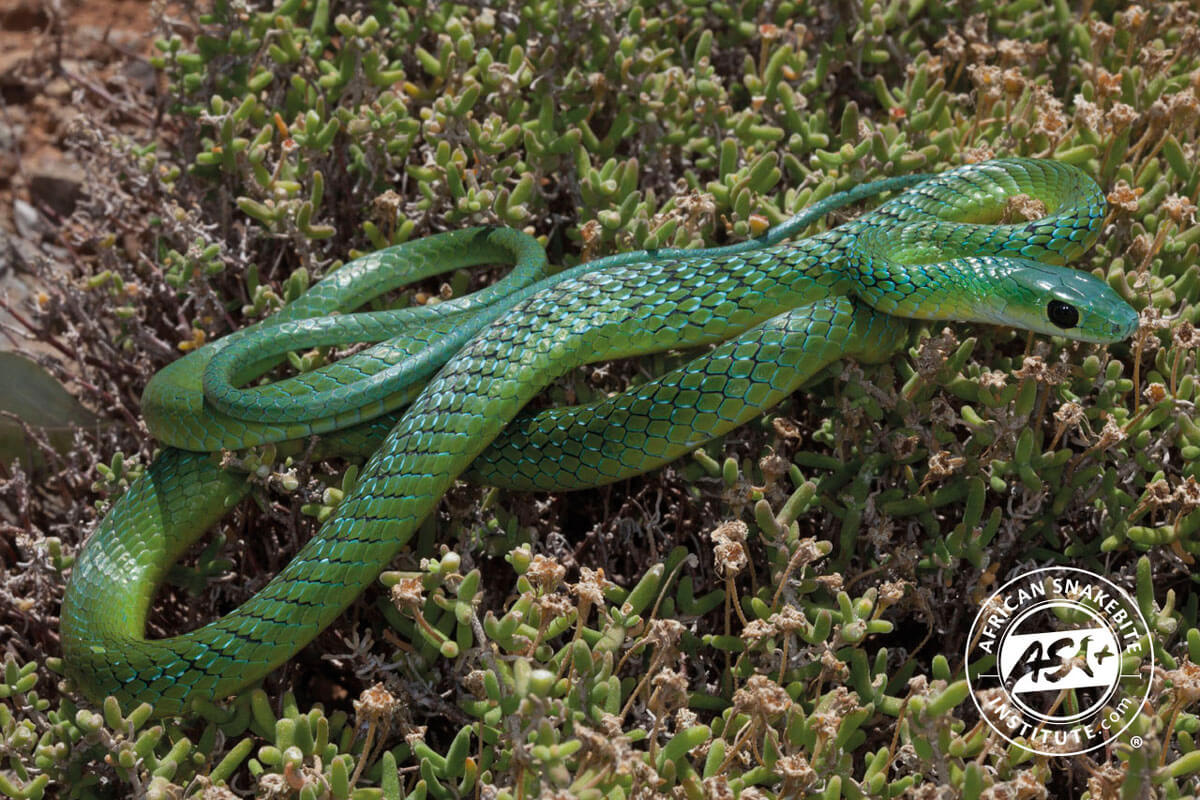 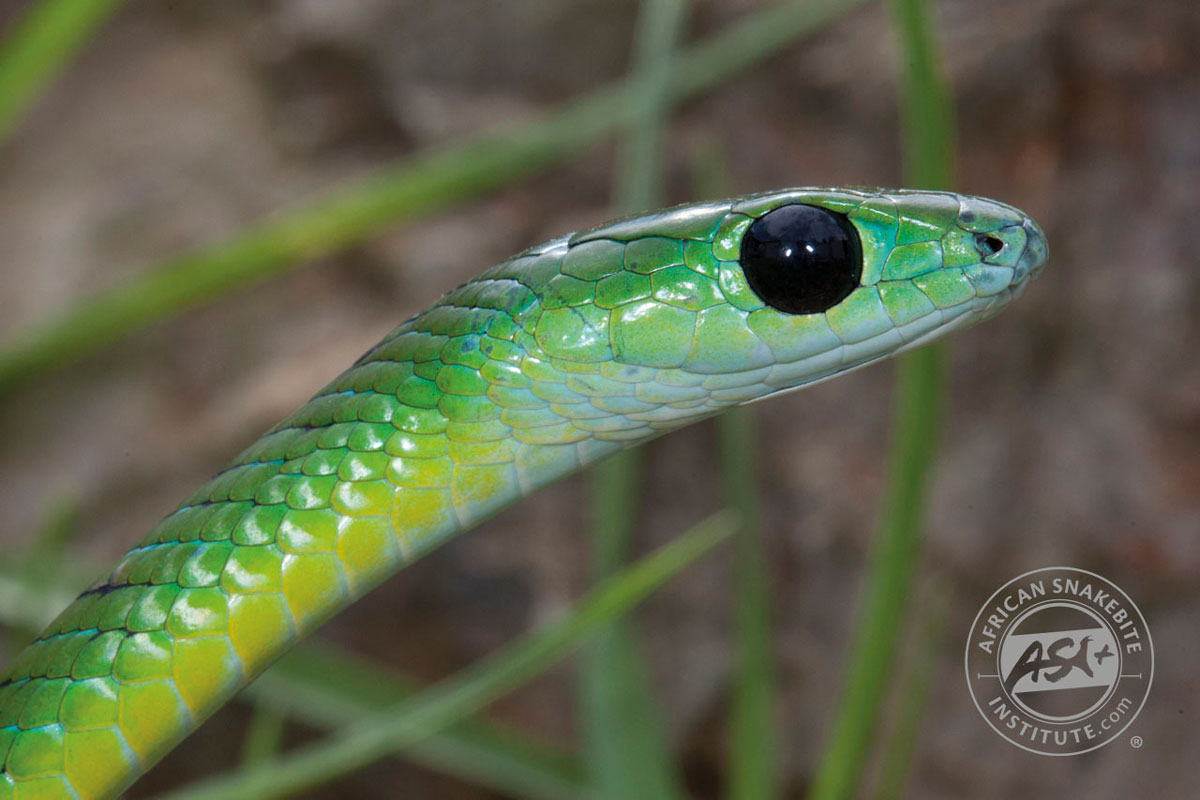 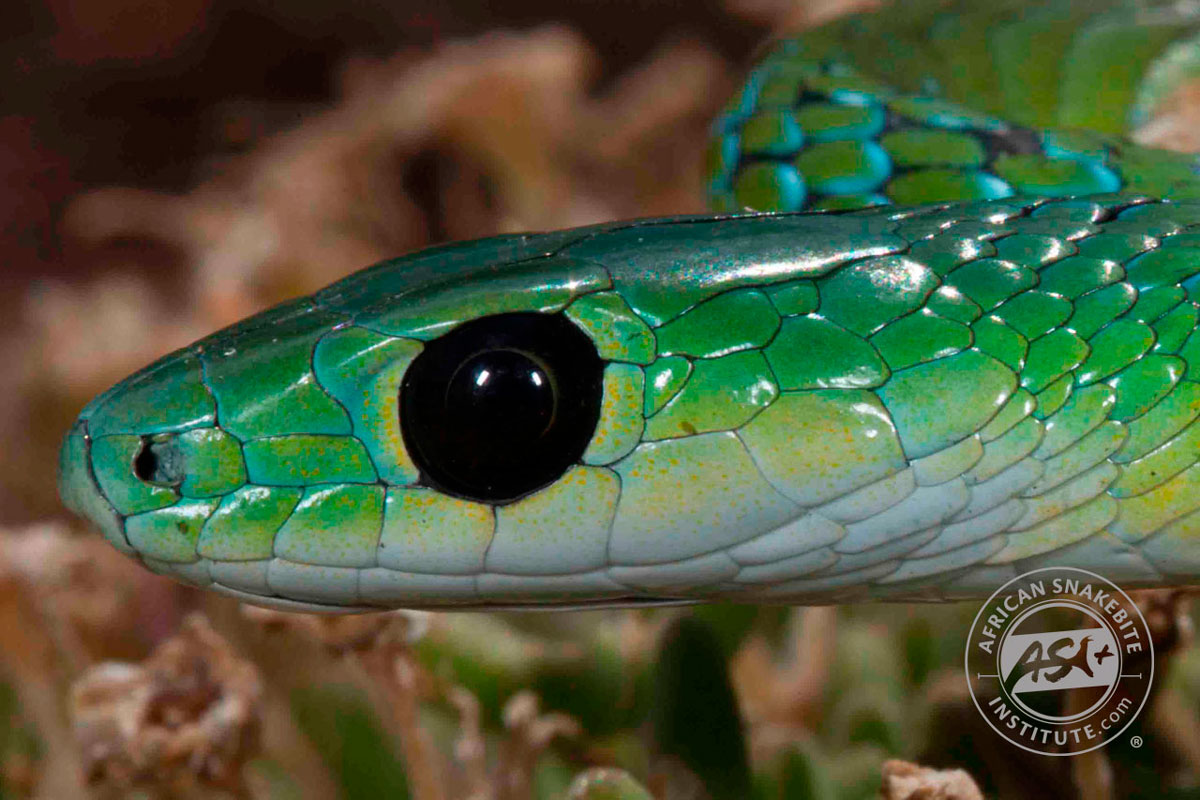 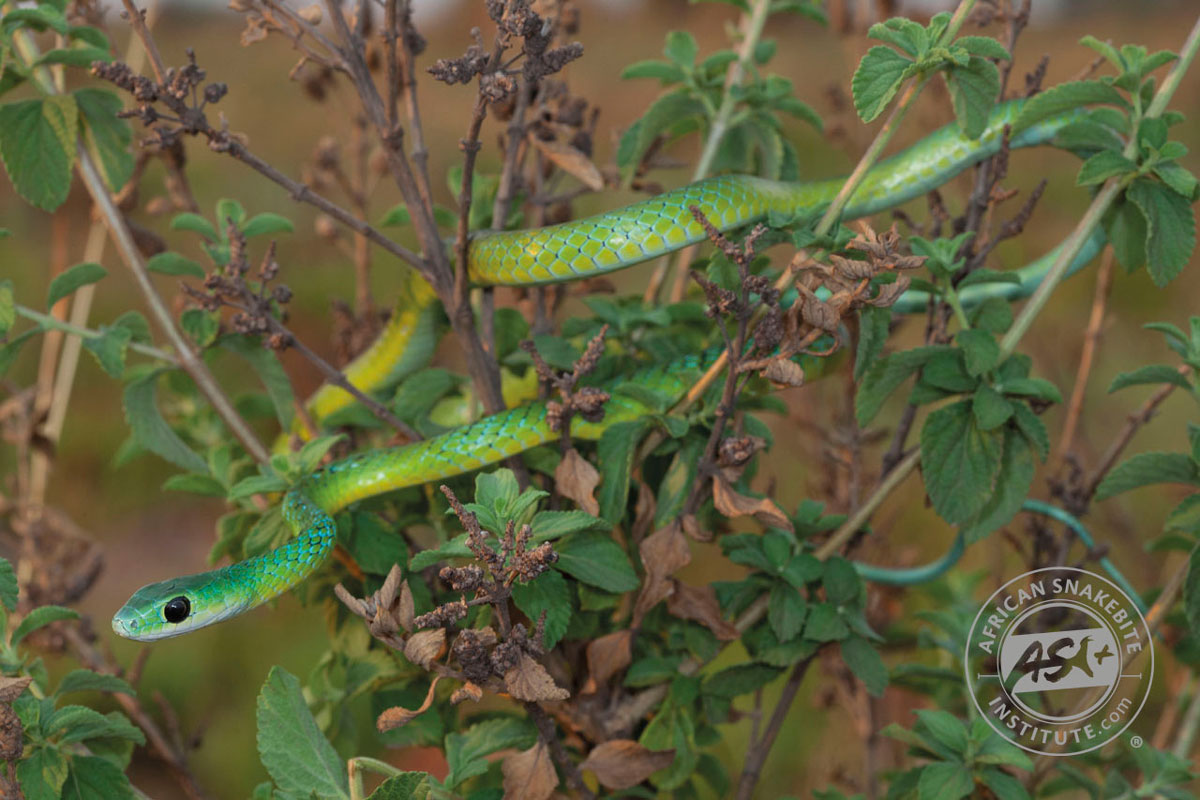 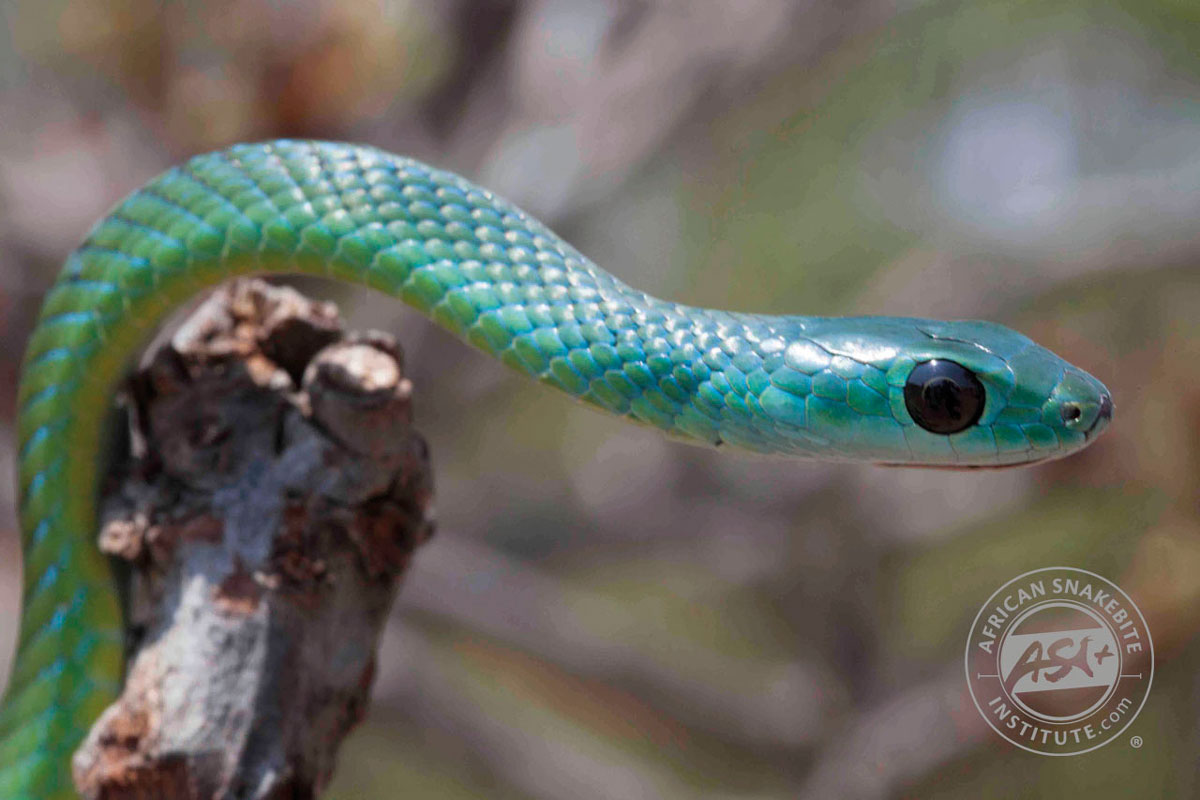