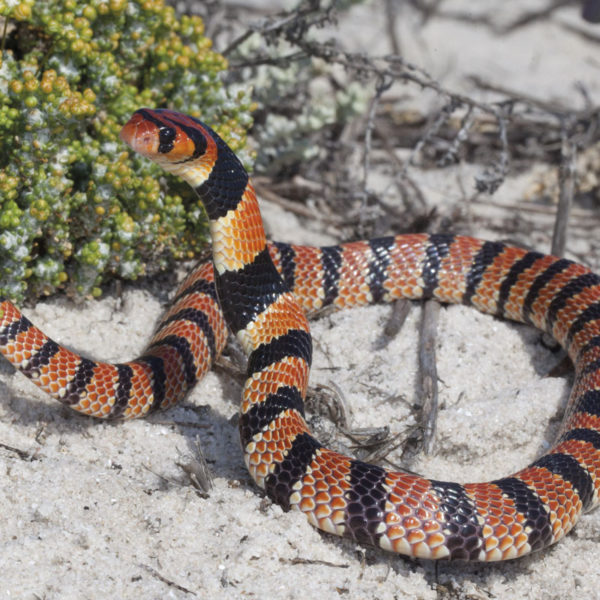 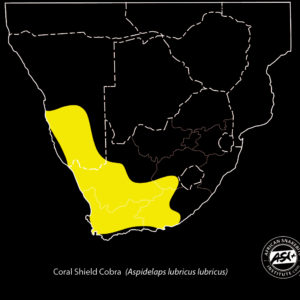 Map indicating the distribution of the Coral Shield Cobra in Southern Africa.

A colourful nocturnal snake that is widespread in the drier western part of the country. It shelters under rocks and moves around at night and is often seen crossing roads. The Cape Coral Snake inhabits outcrops and stony, dry, sandy regions in arid savanna, Karoo scrub, fynbos and desert. If confronted it will lift its head off the ground, flatten the neck region and hiss while striking out repeatedly. Most of the strikes are mock strikes. This snake may be confused with the harmless Tiger snakes of the genus Telescopus. A popular snake in the illegal pet trade.

Its venom is predominantly neurotoxic and may affect breathing. Otherwise a painful bite. There is no antivenom for the bite of this snake and bites must be treated symptomatically. 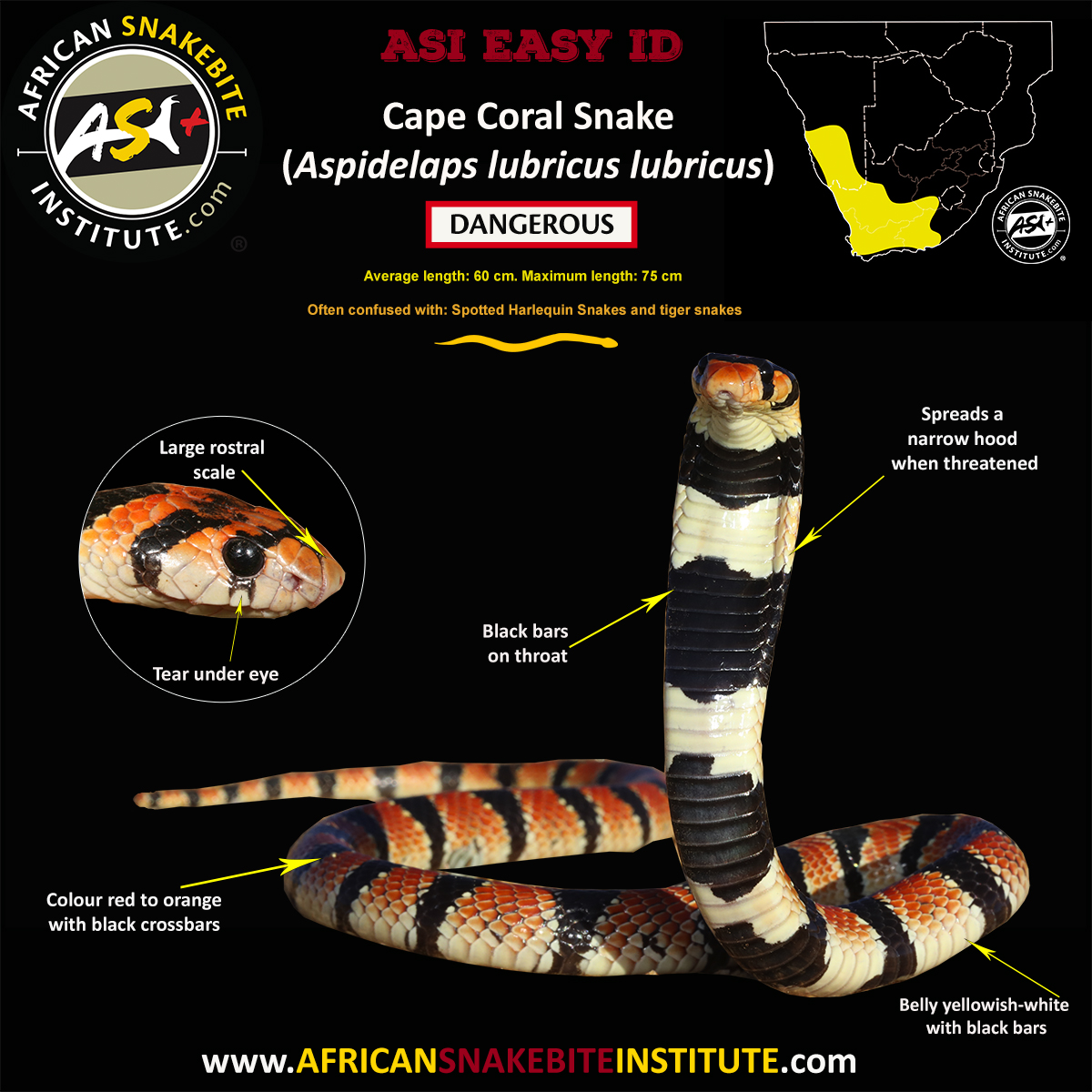 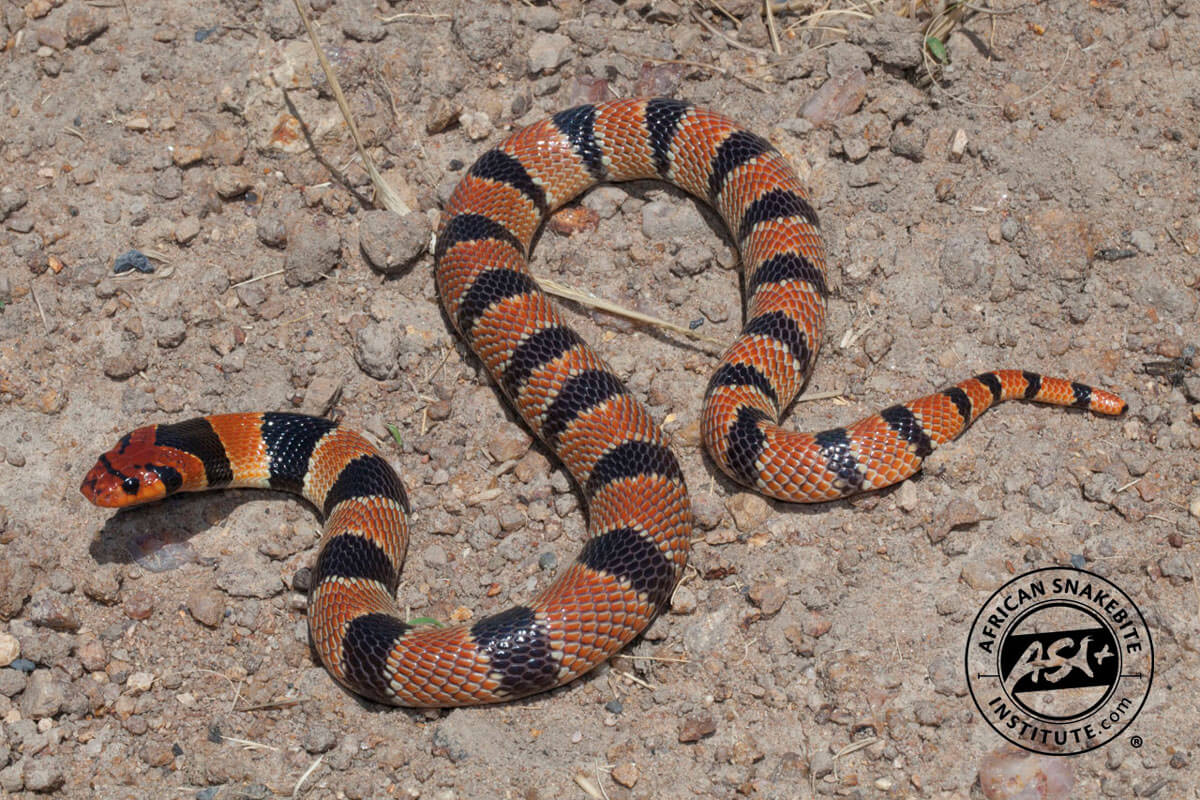 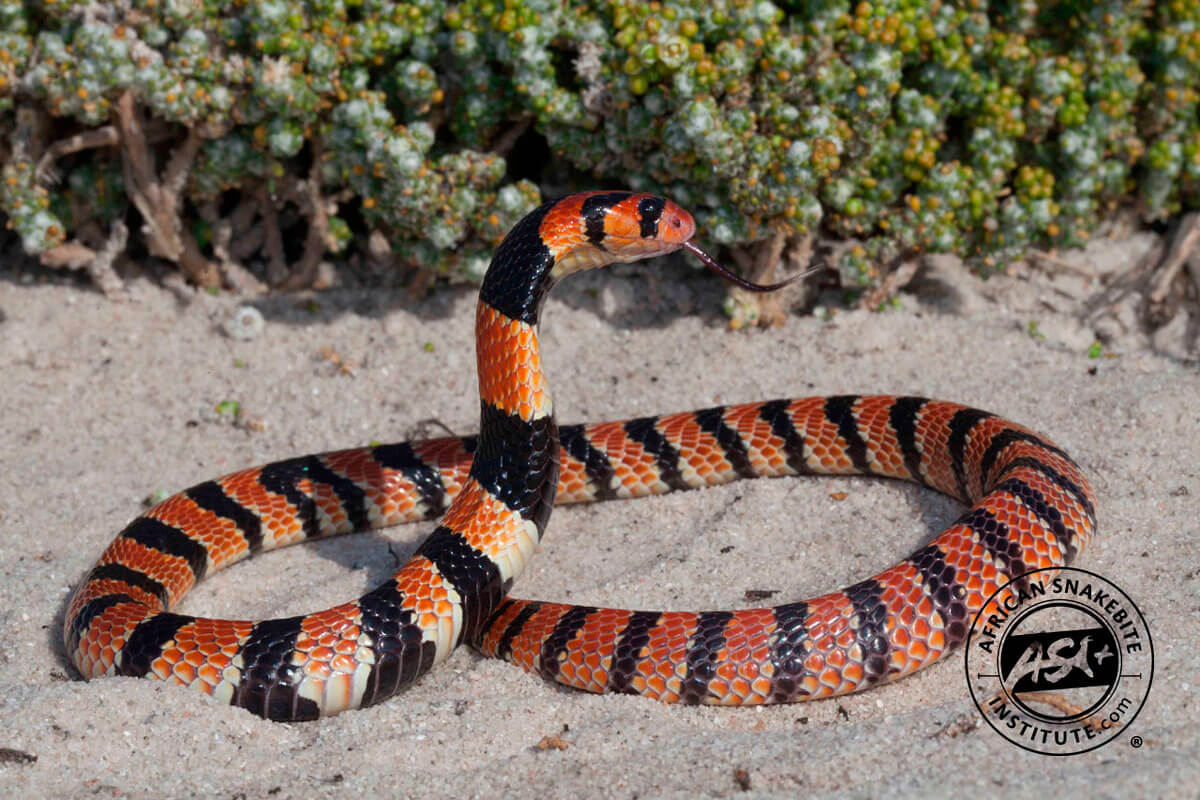 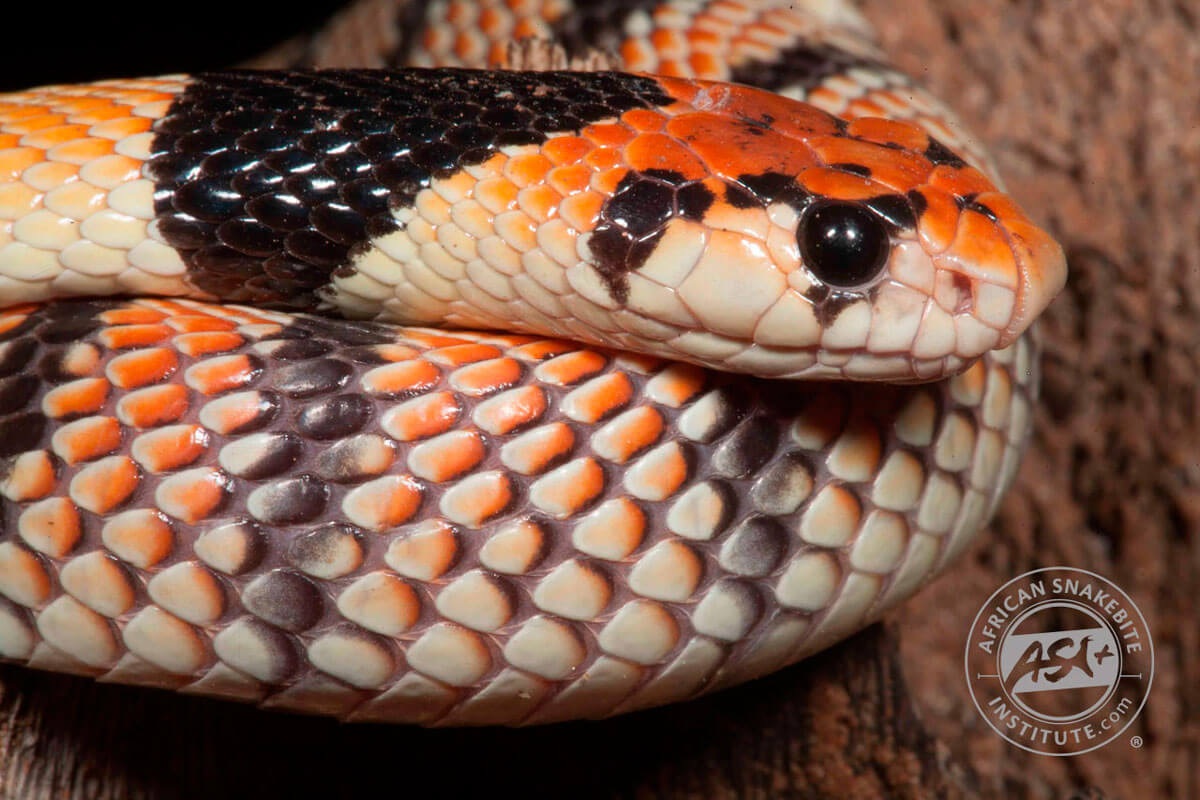 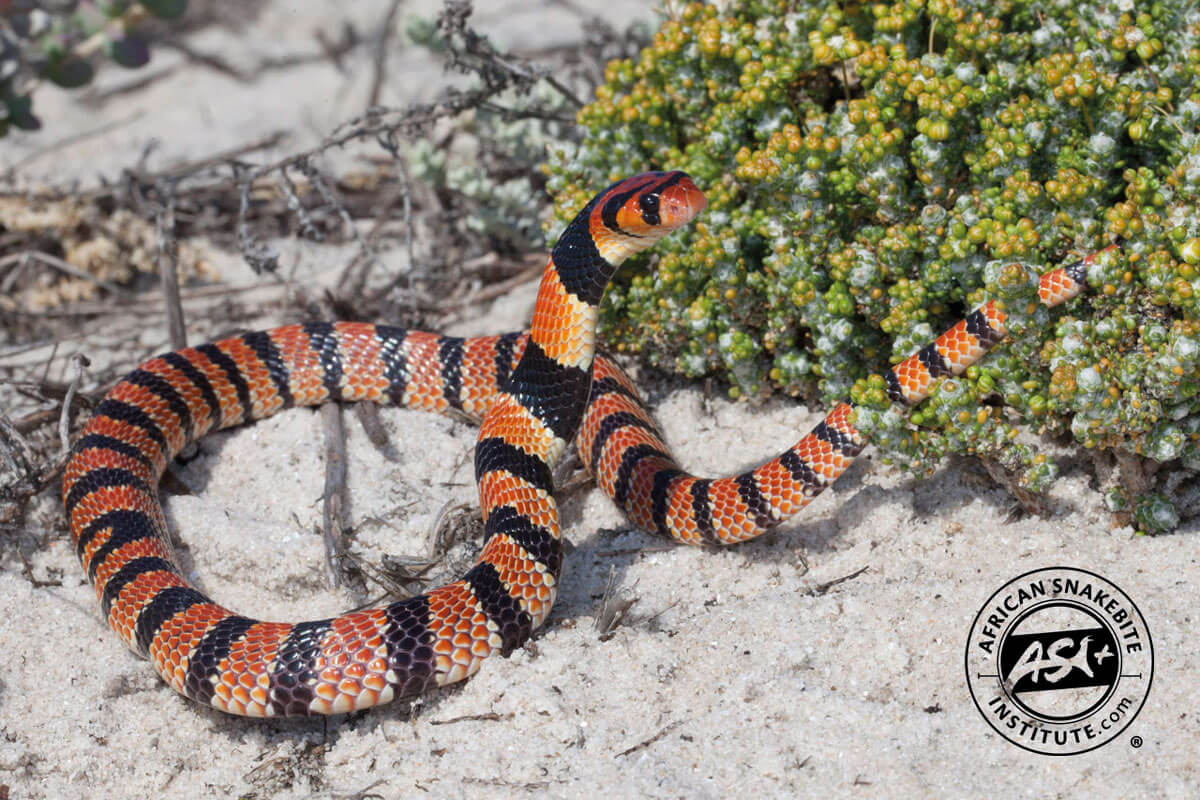 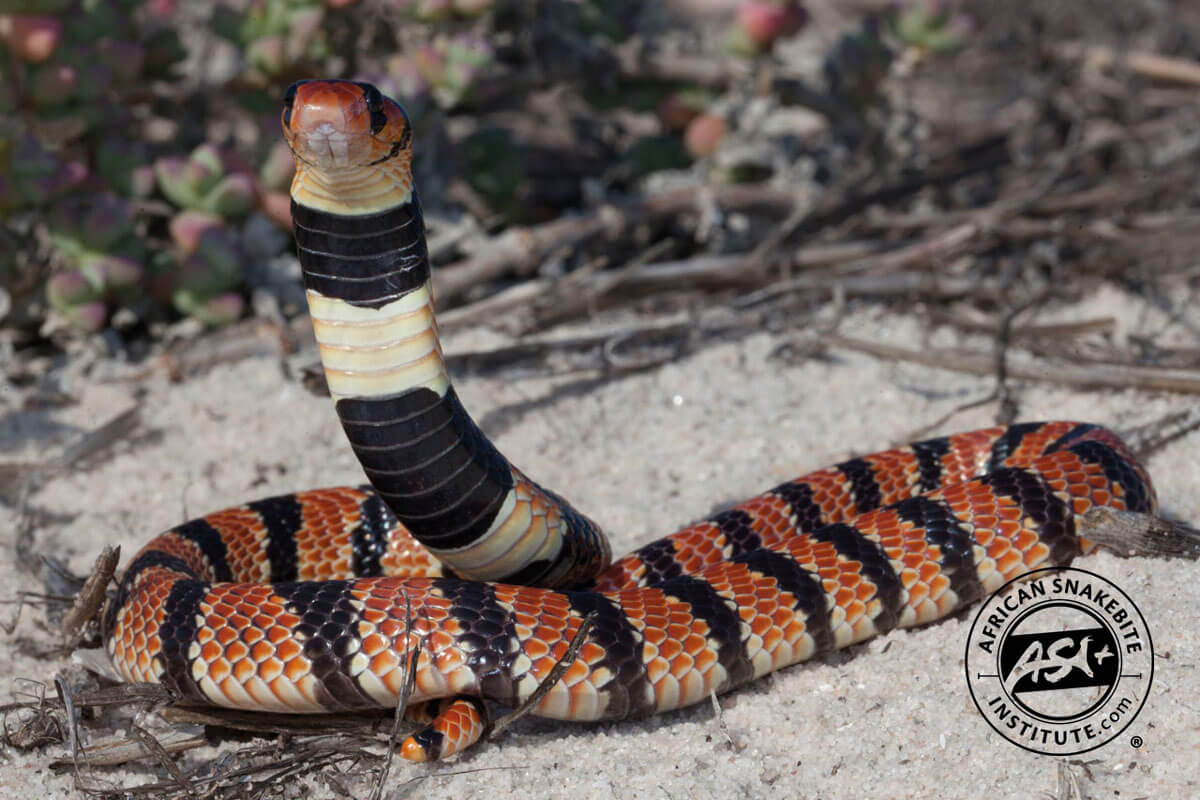 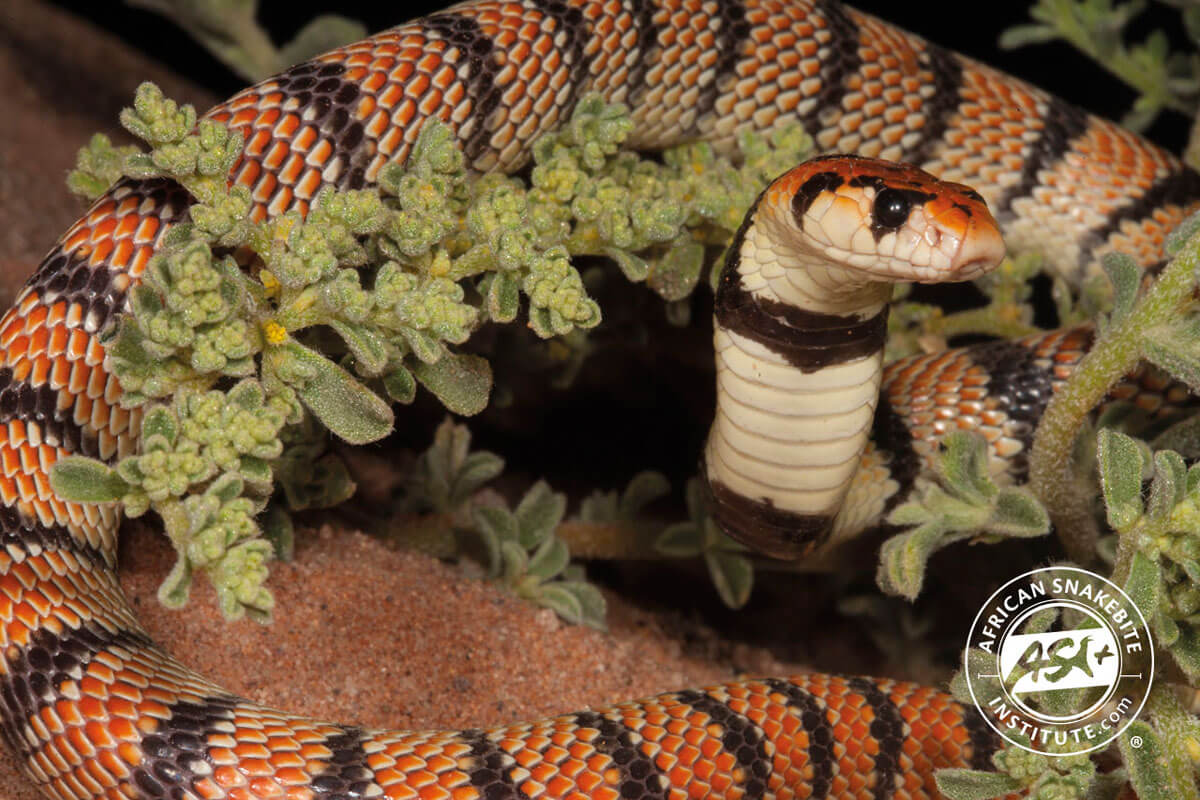