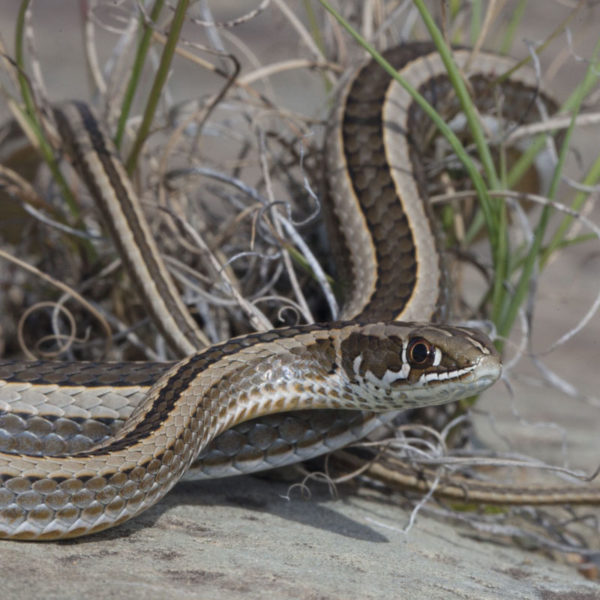 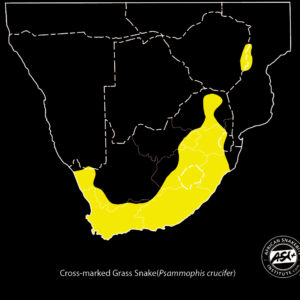 Map indicating the distribution of the Cross-marked Grass Snake in Southern Africa.

One of the shorter grass snakes averaging 60 cm but exceeding 82 cm. It is active in the day and feeds on small lizards, especially skinks, as well as frogs. It inhabits lowland forest, moist savanna, montane forest, grassland and fynbos. It is common in the sandy scrub-covered areas of the Cape coast and mountain plateau of Mpumalanga. When disturbed it is quick to seek refuge under a rock but may also roll into a tight coil with the head inside, like the Slug-eater.

An endemic to South Africa that will wriggle when captured but rarely bites. Most individuals are striped but with distinct patterns on the side of the head but some are plain brown to reddish brown with virtually no markings.

A mildly-venomous snake that poses no threat to humans. 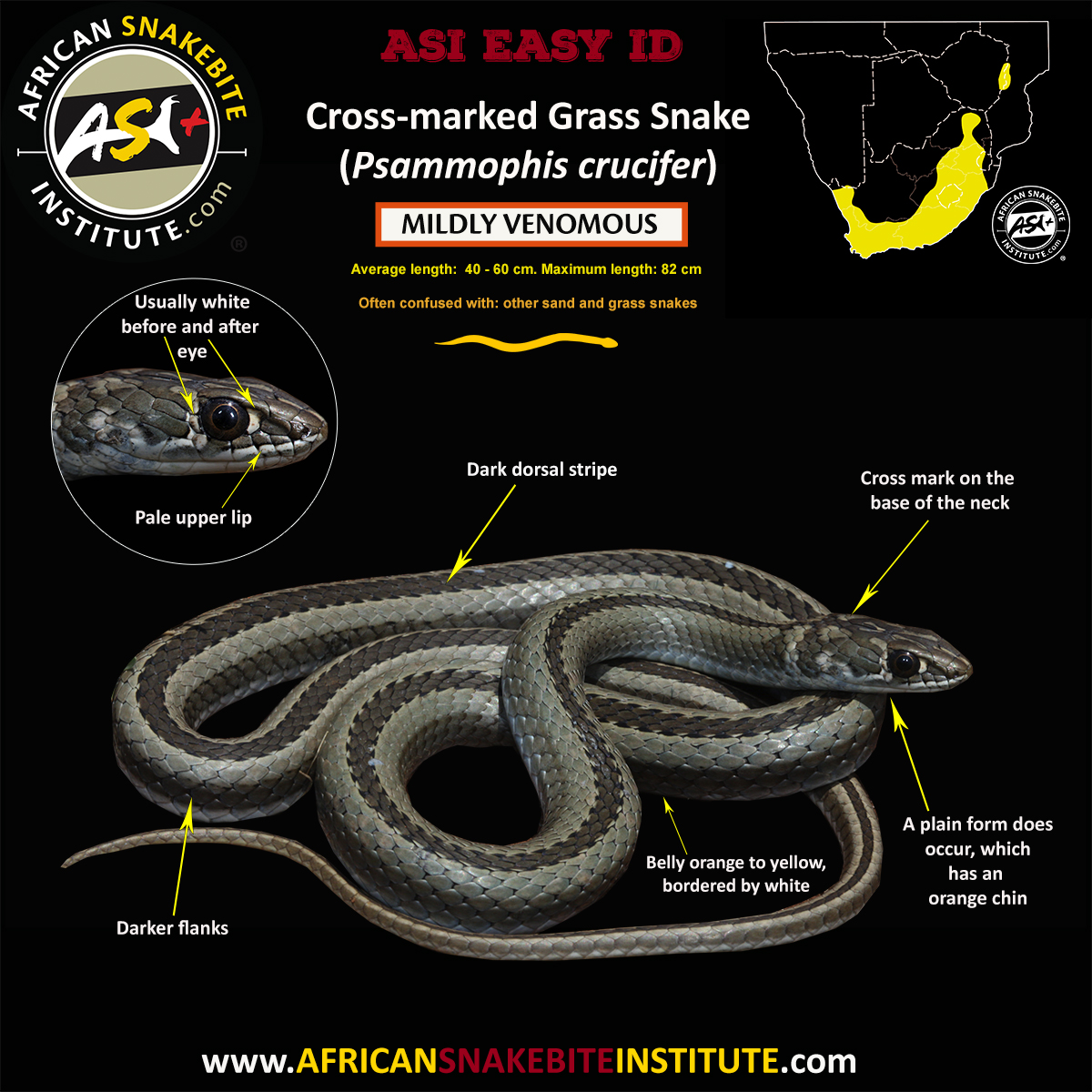 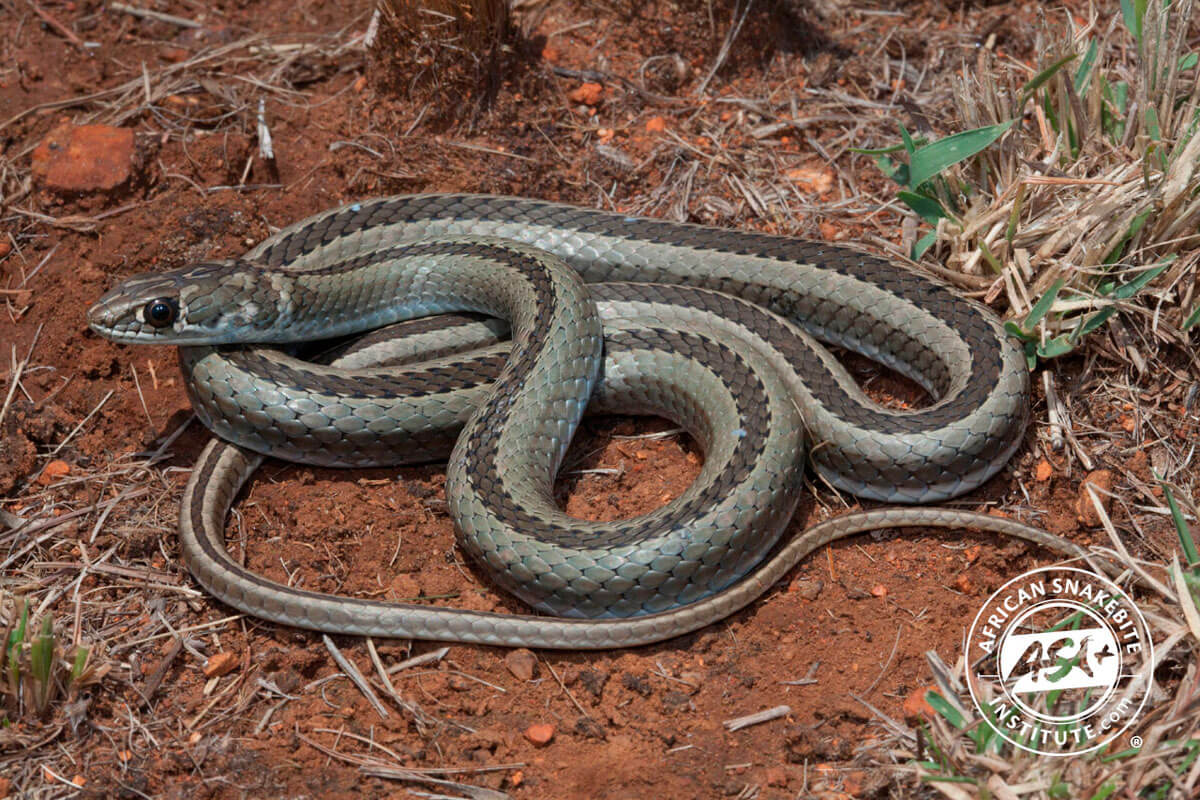 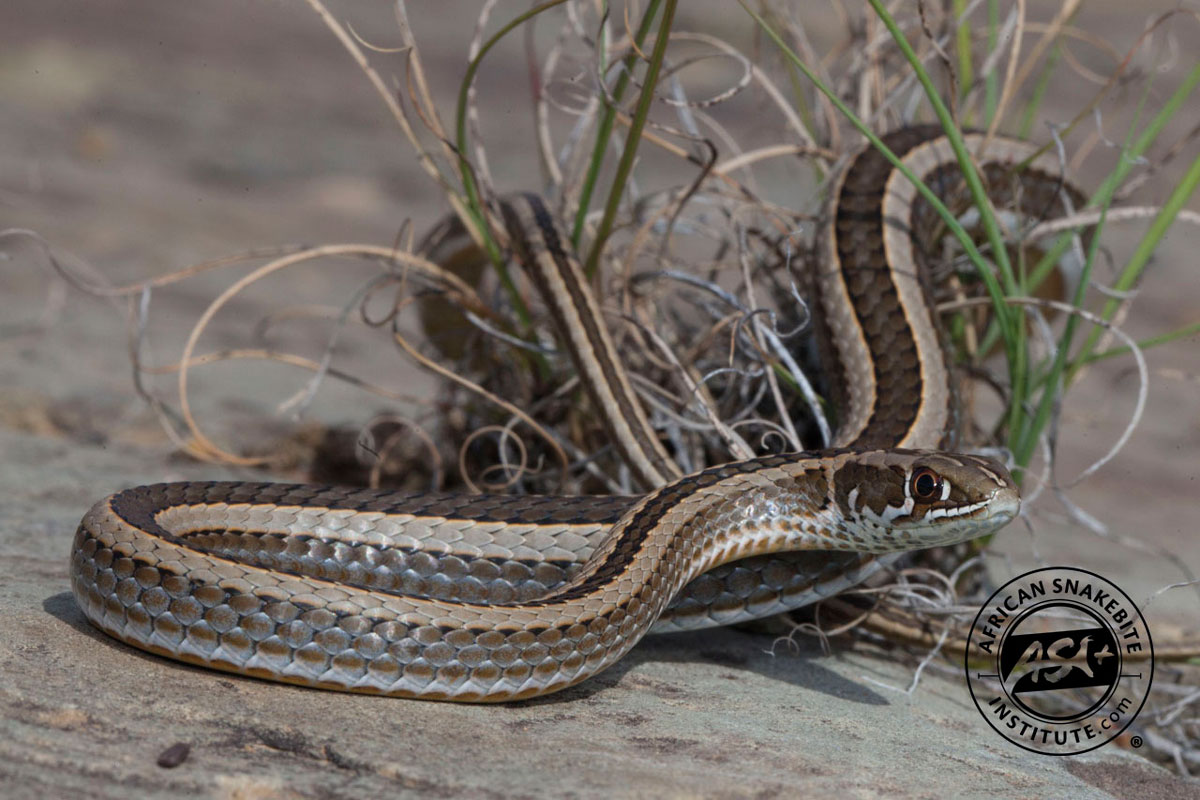 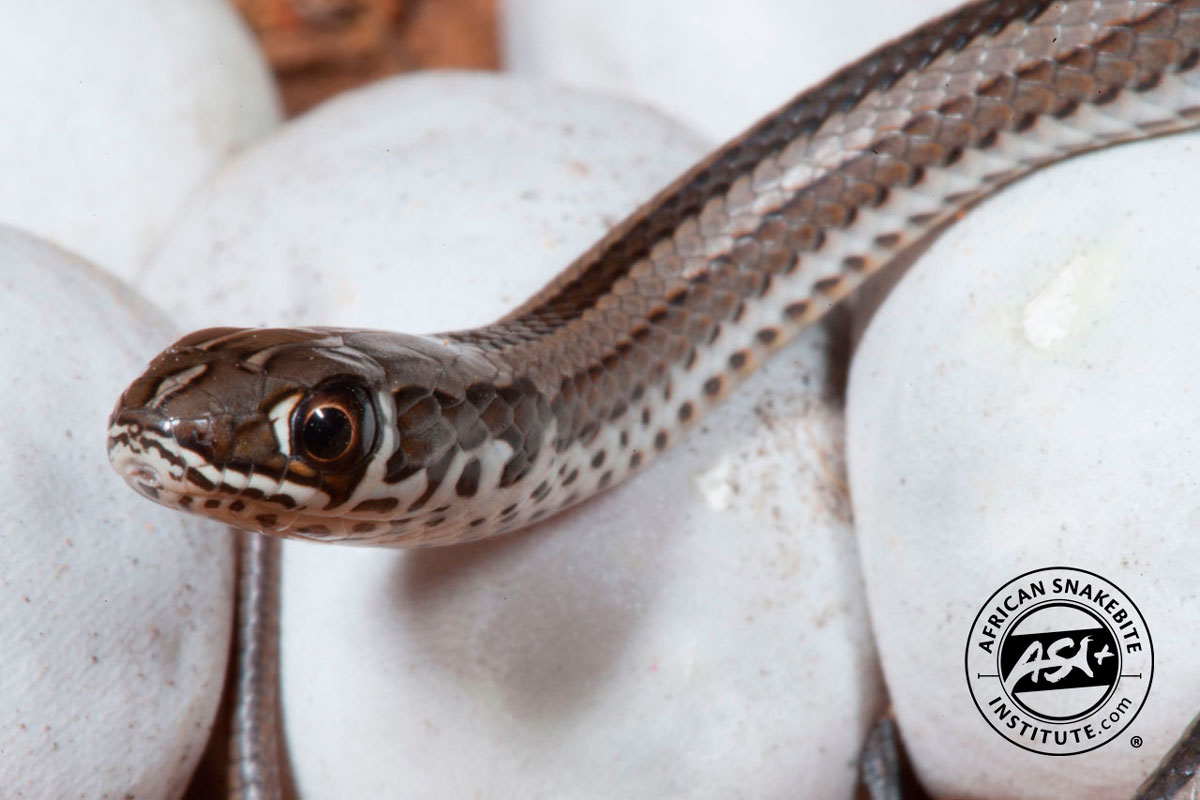 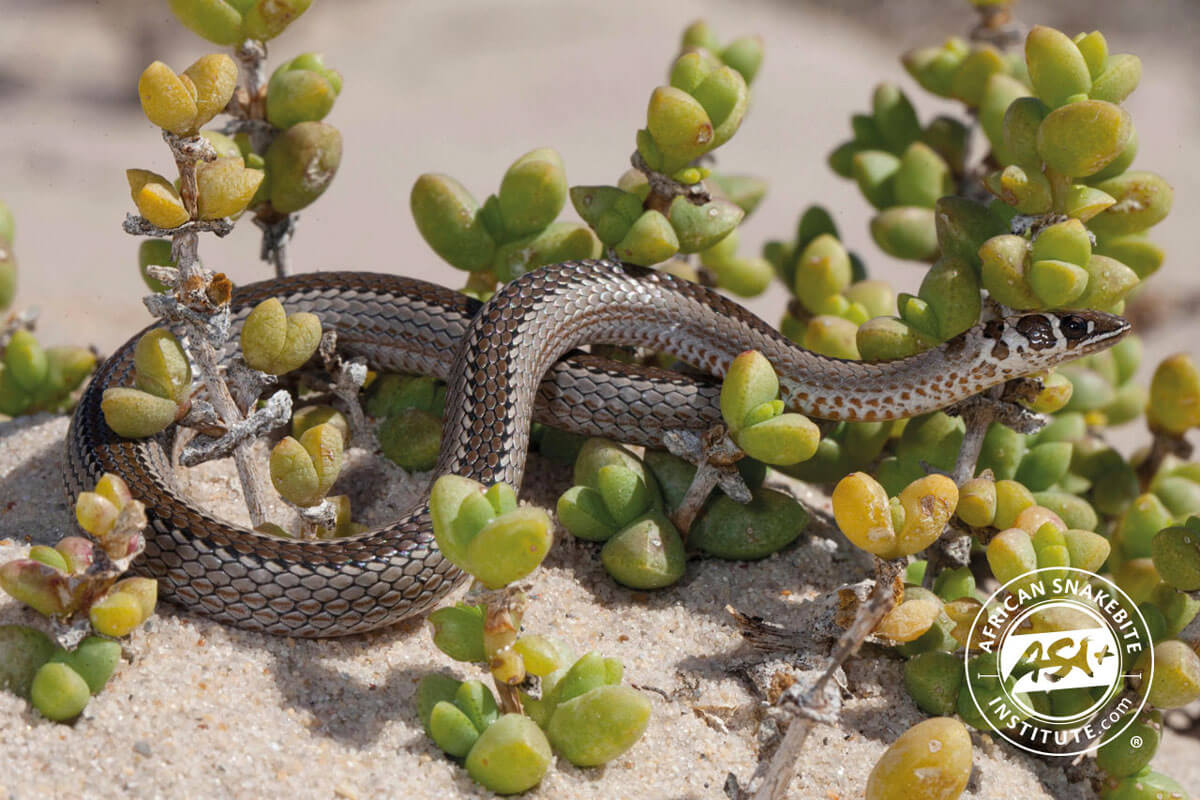 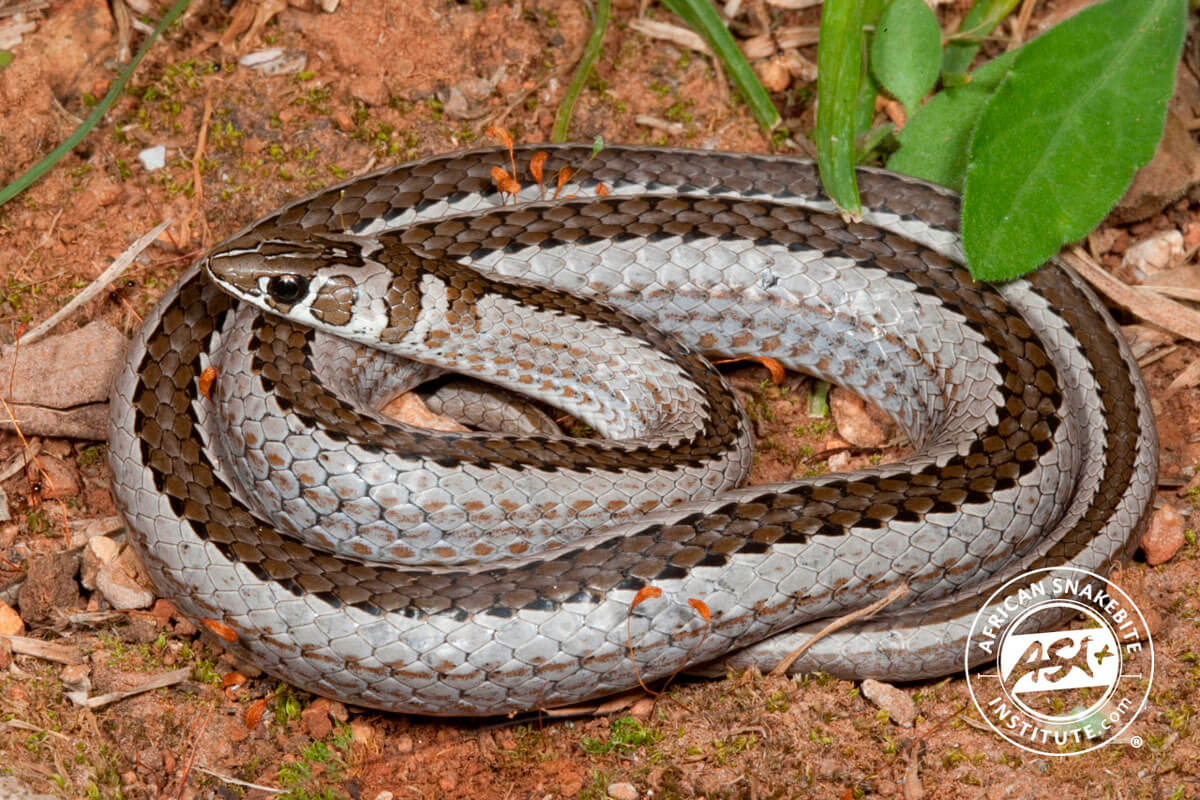 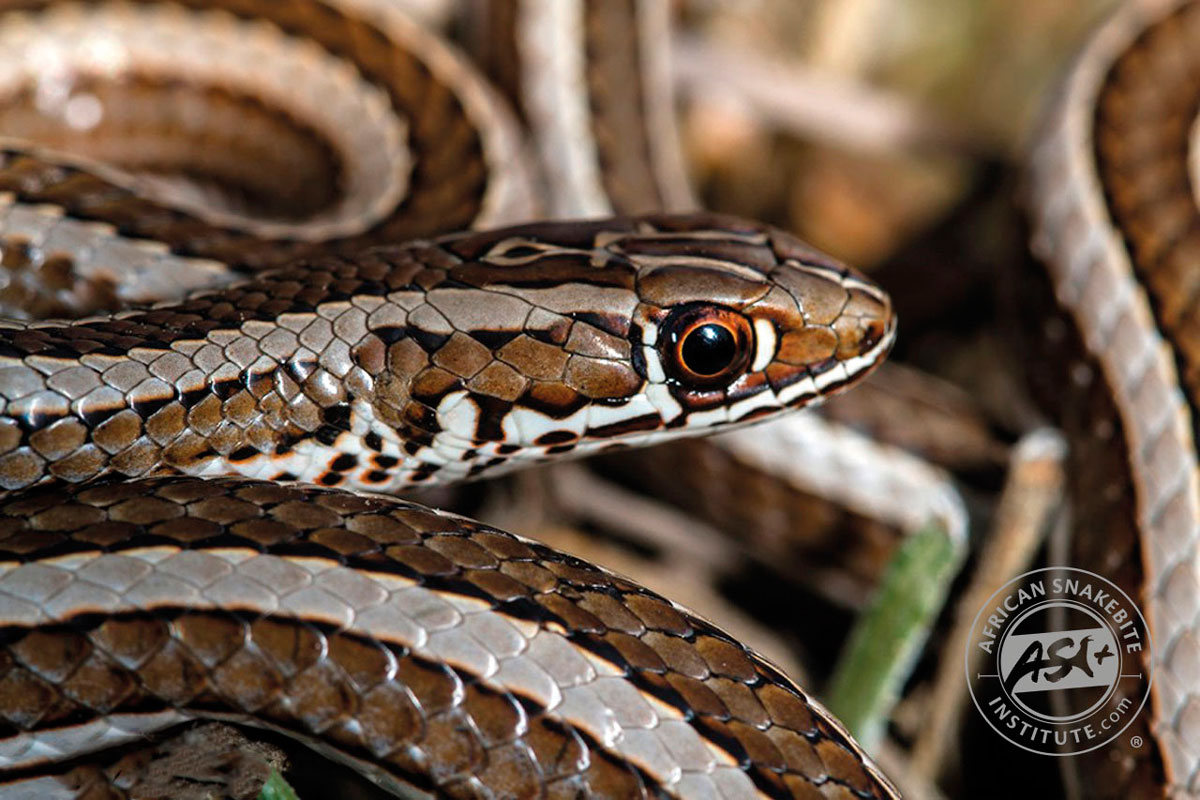 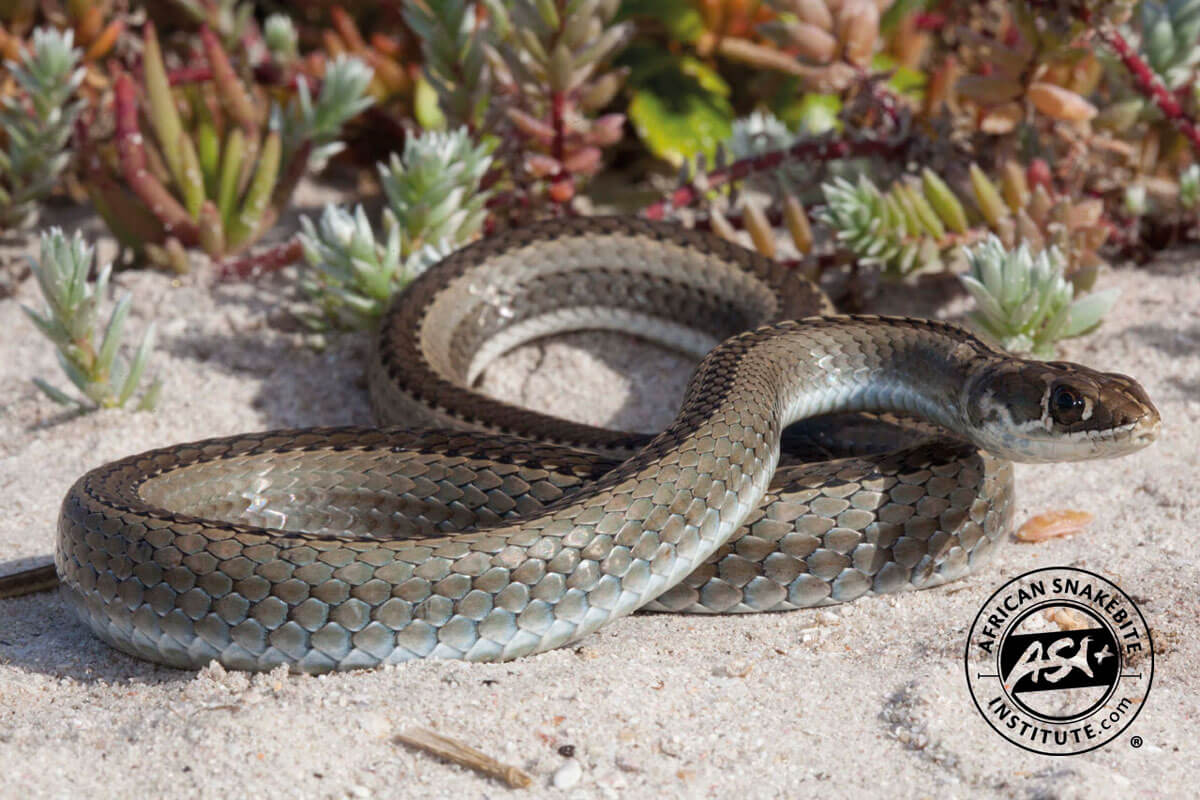