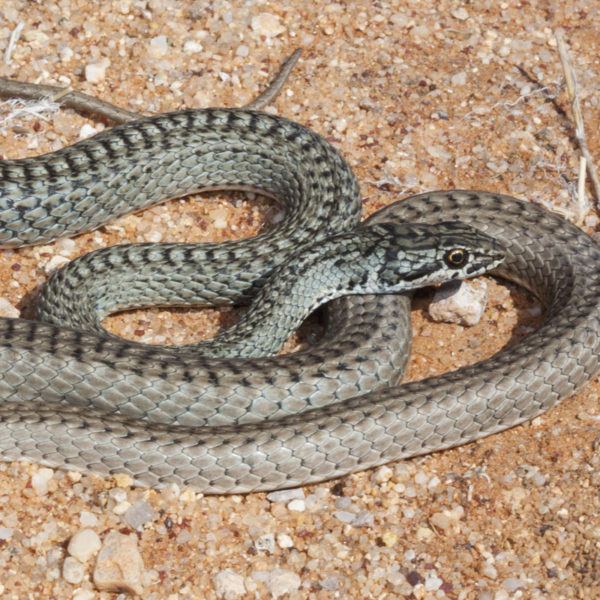 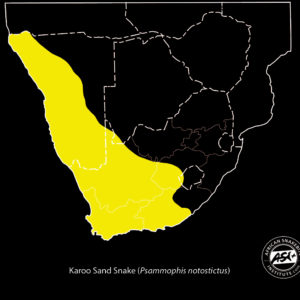 Map indicating the distribution of the Karoo Sand Snake in Southern Africa.

A slender snake that averages 90 cm with a maximum length of just over 1 m. It is very fast moving and active in the day when it hunts for lizards, including lacertids, skinks and agamas, but will also take small rodents. In some areas it is by far the most common snake and prefers hard, stony ground. Many individuals are killed by vehicles while crossing roads.

It is widespread, occurring in the western Free State, western half of the Eastern Cape, Western Cape and much of the Northern Cape and Namibia, extending into Angola.

The Karoo Sand Snake is easily confused with some of the other Sand and Grass snakes. It is mildly venomous and poses no threat to humans. 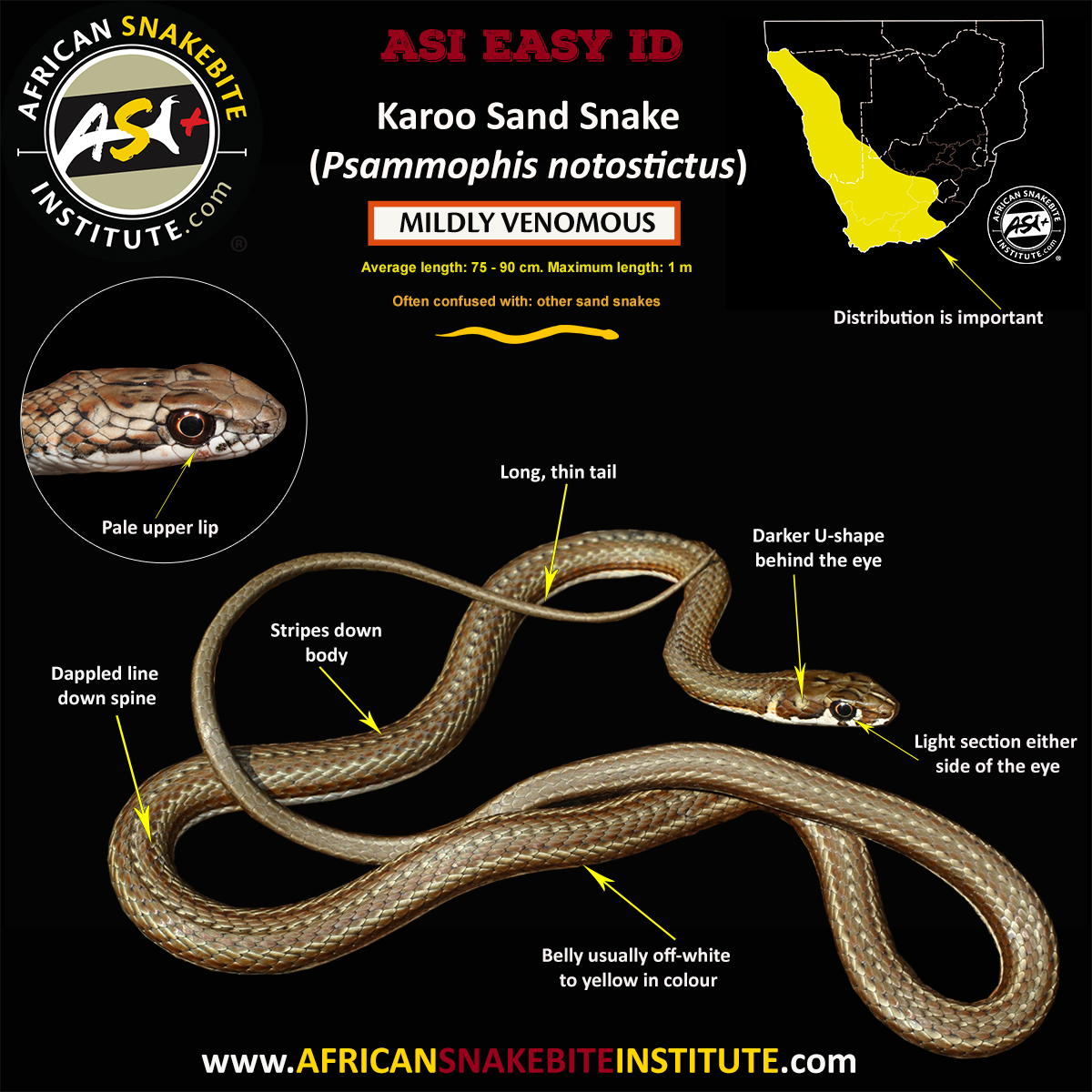 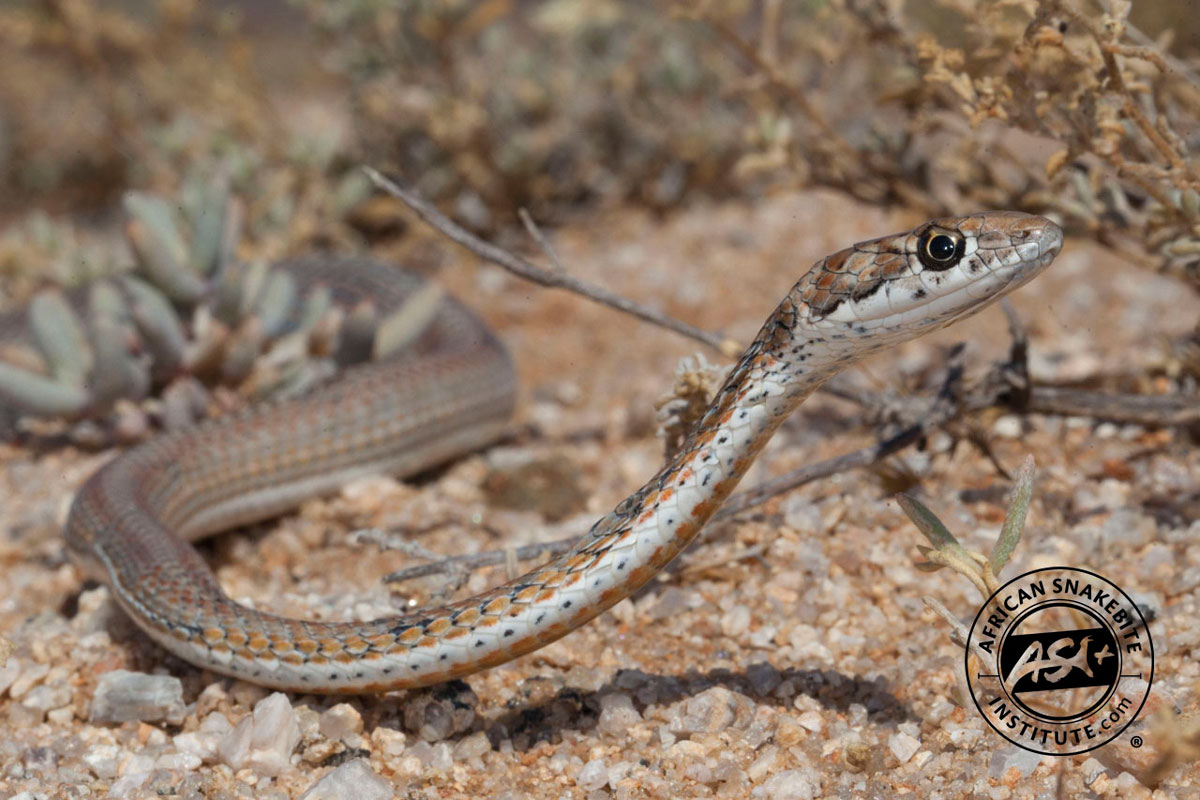 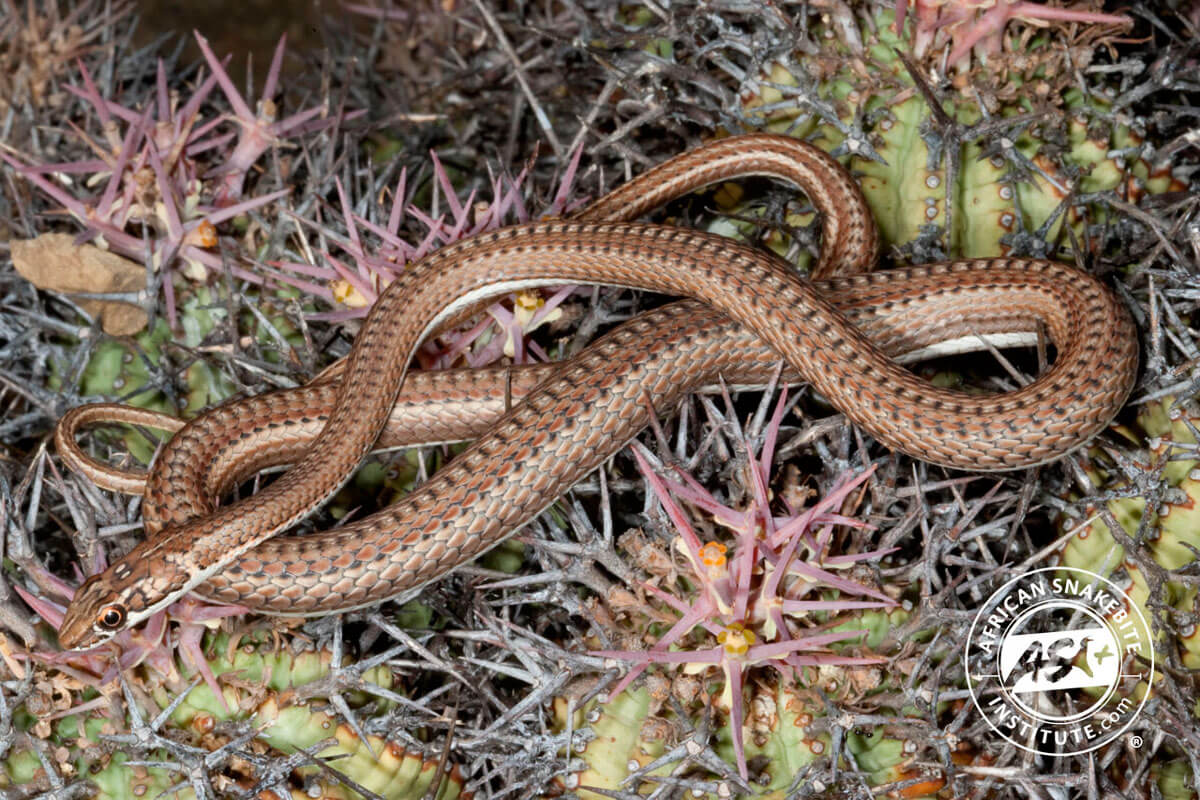 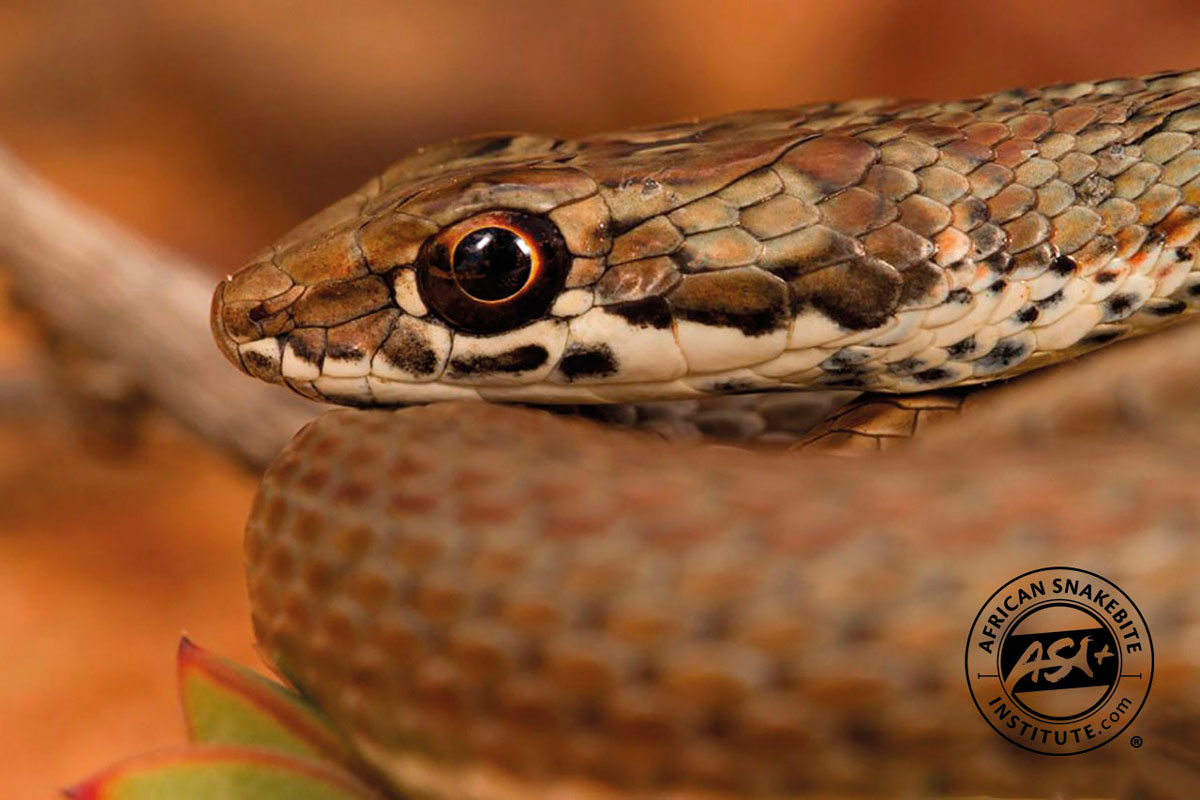 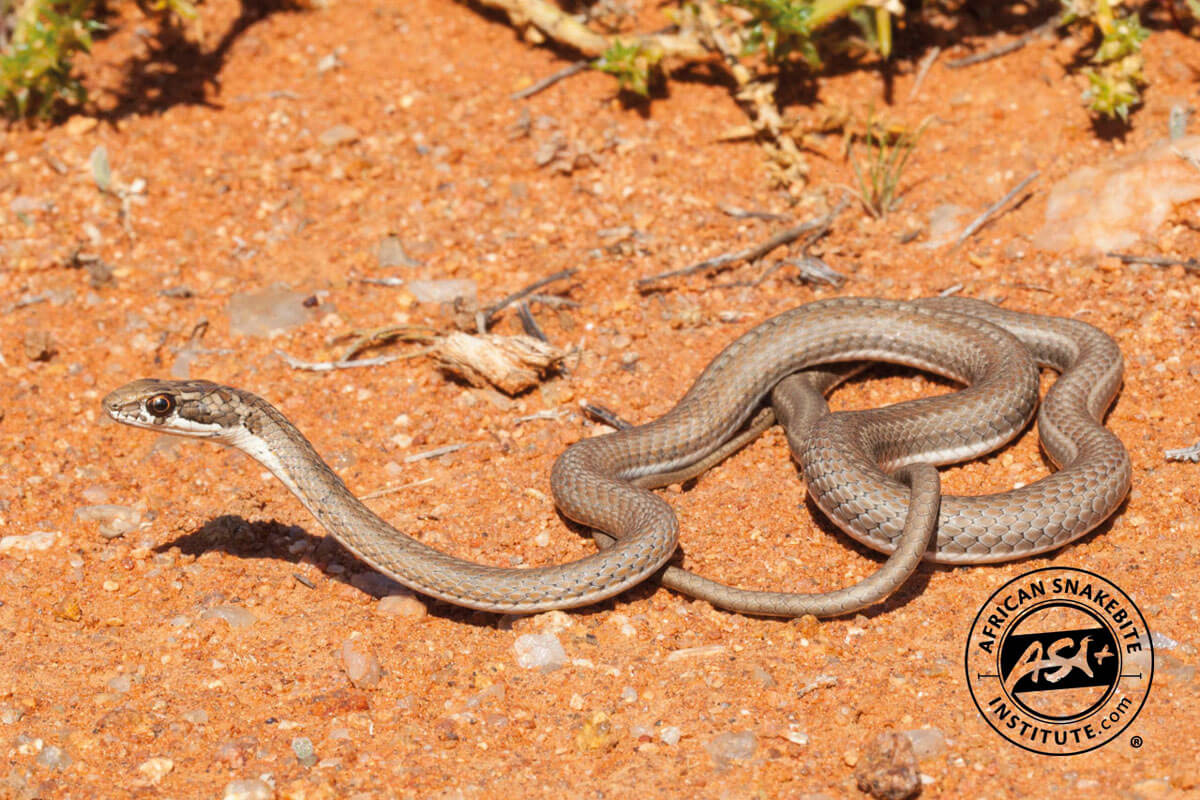 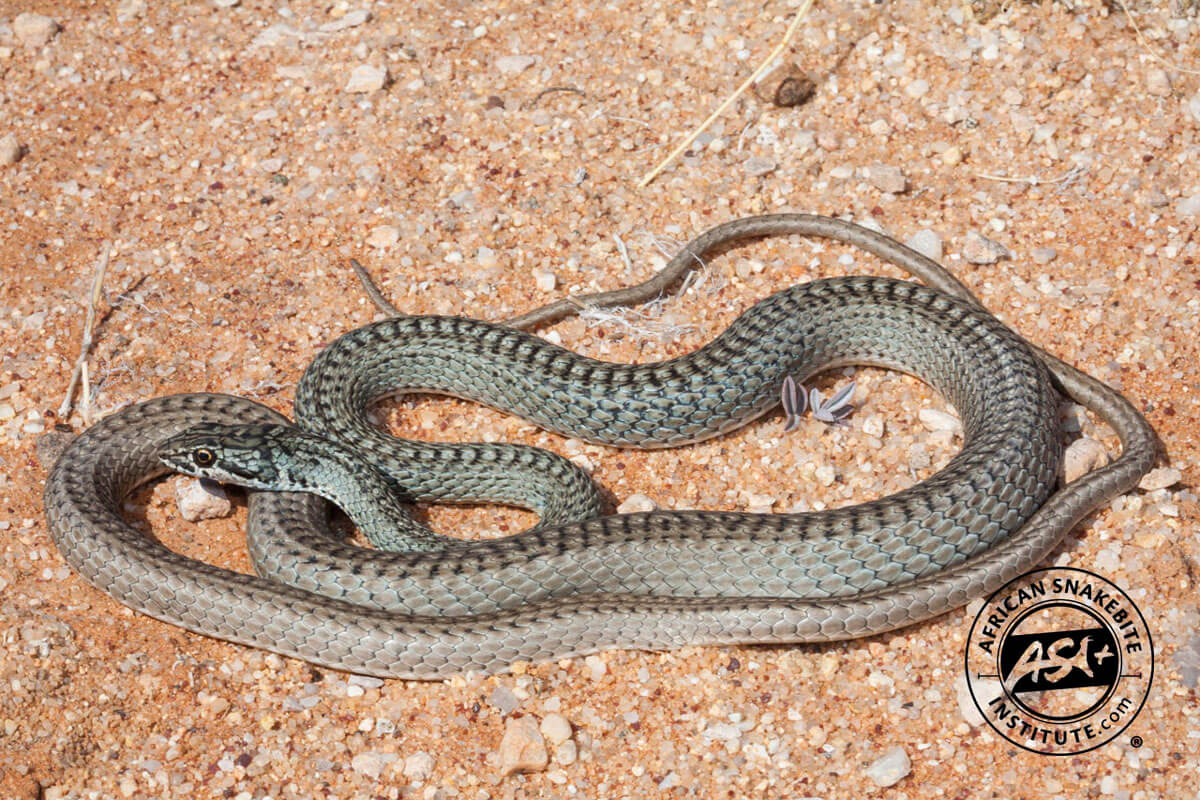