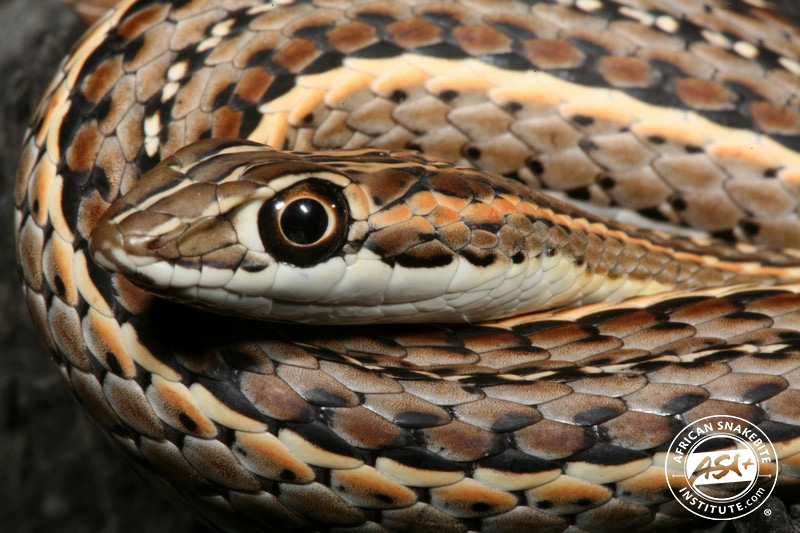 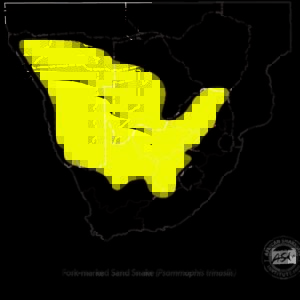 Map indicating the distribution of the Forked Marked Snake in Southern Africa.

A fast moving diurnal snake that averages 75 cm, but mayreach 1.1 meters. It occurs largely in Kalahari thornveld and into the arid grasslands of the western Free State, Nothern Cape and further north extending into Botswana and Namibia. Like many of the Sand Snakes, this species has stripes running down the length of the body. This snake often basks near a permanent retreat from where it hunts for ground-living lizards, snakes and small rodents. When disturbed it is quick to escape or freeze, relying on its camouflage to avoid detection. The venom of this back-fanged snake is mild and has virtually no effect on humans. 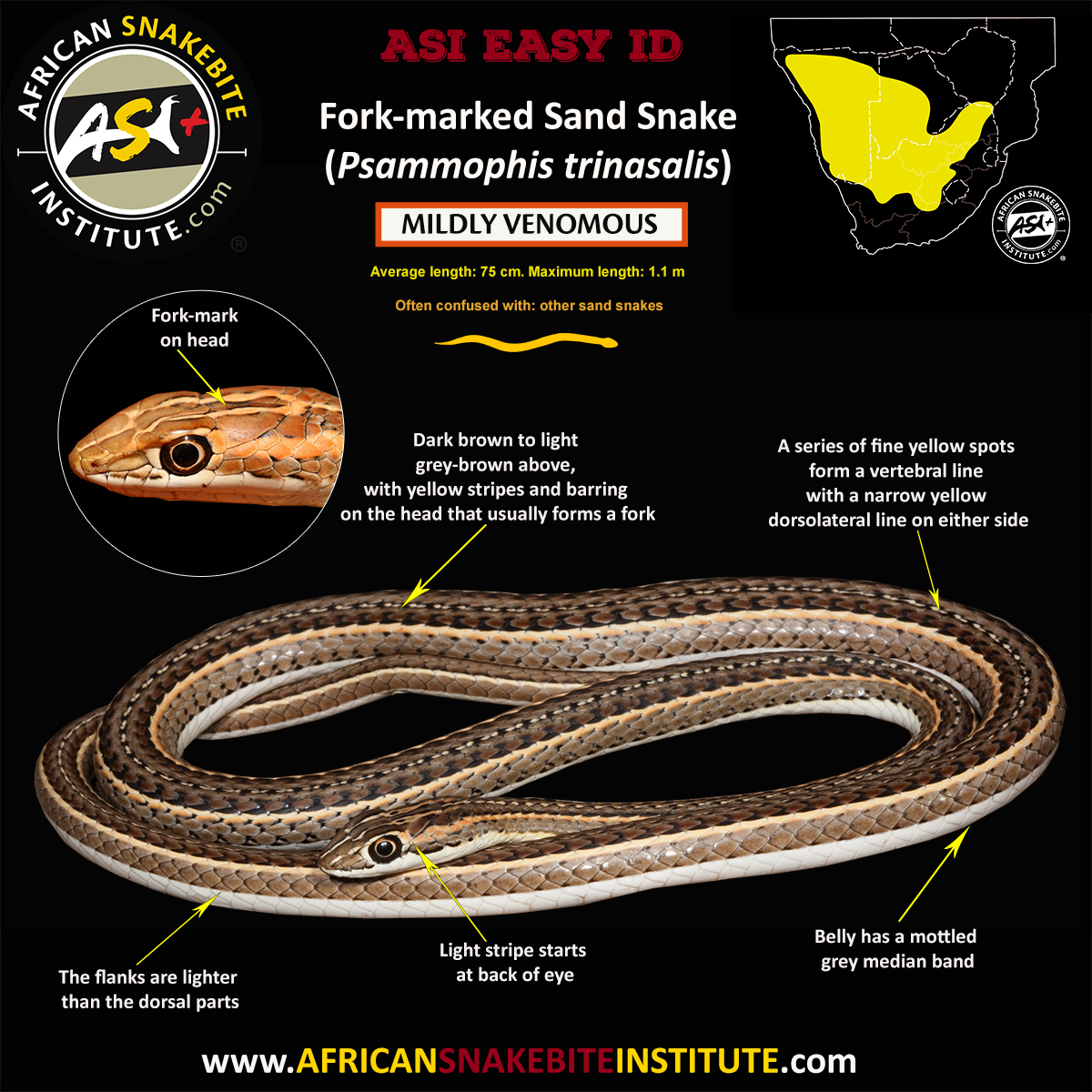 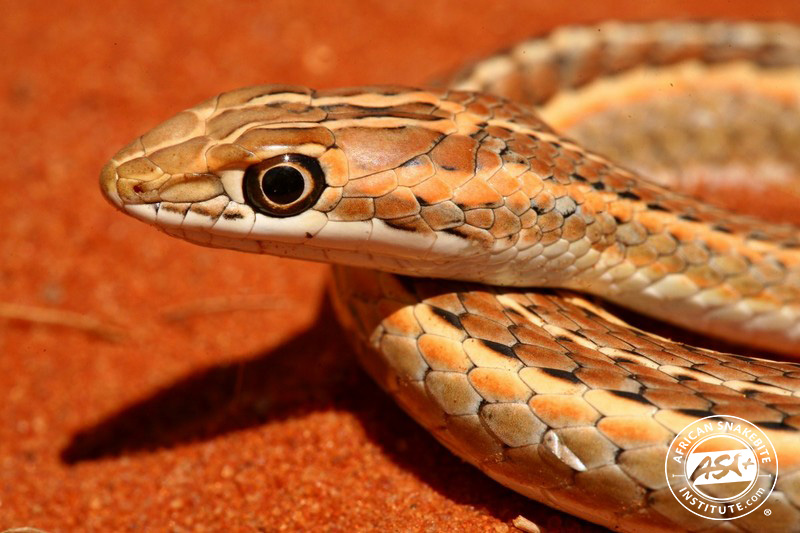 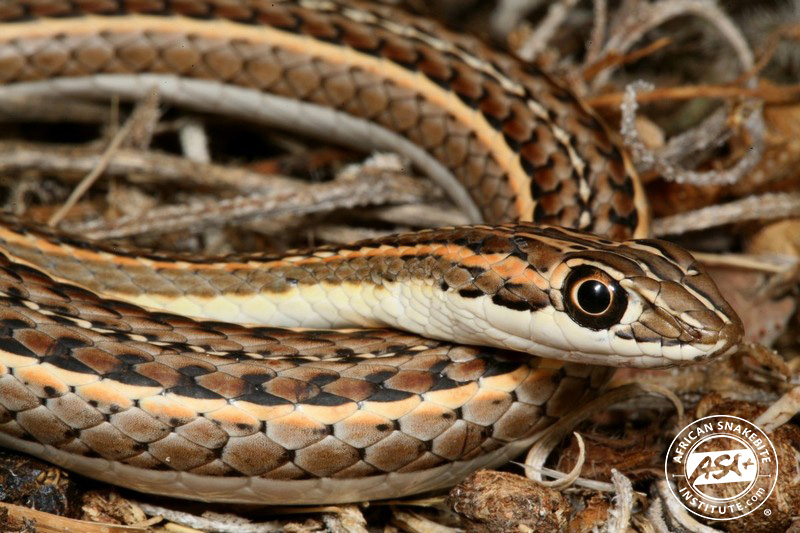 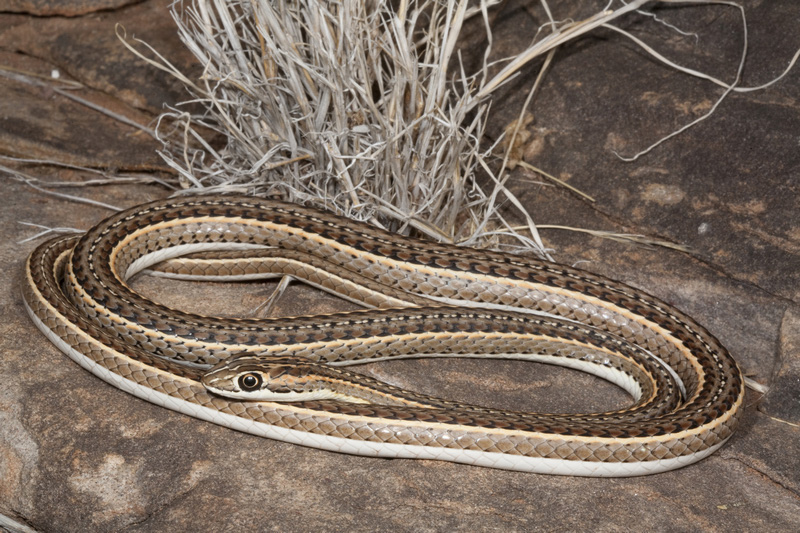 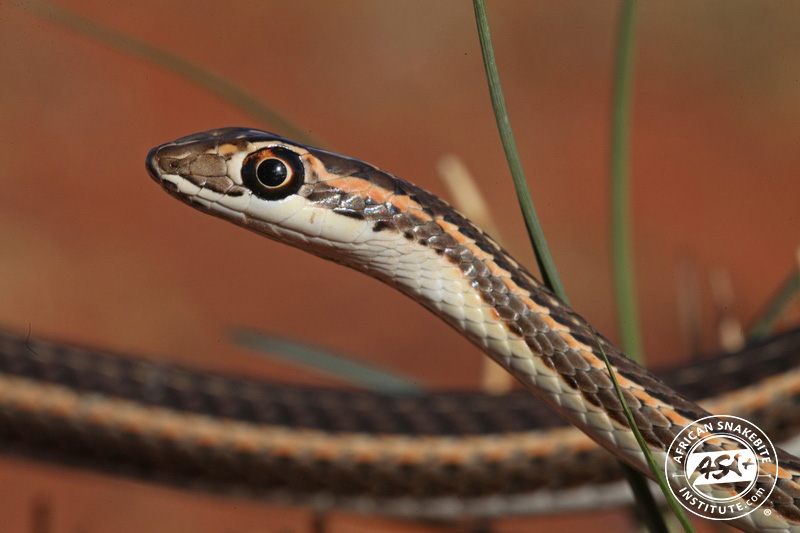 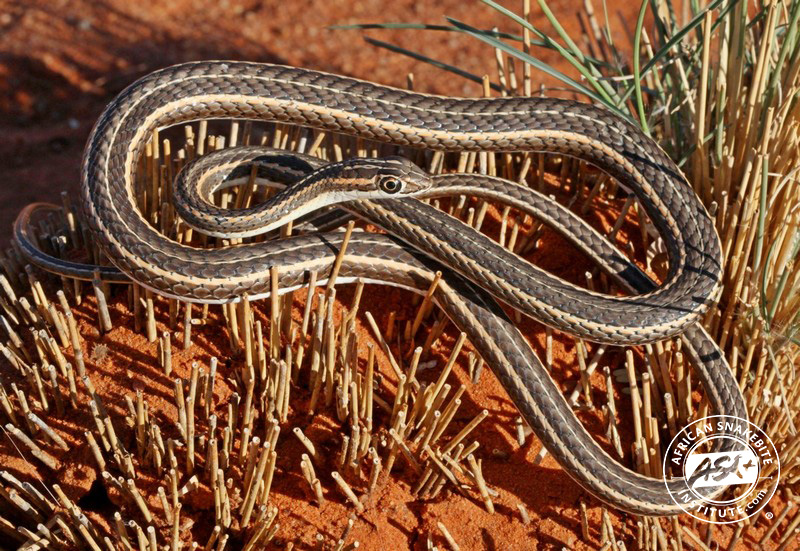